One of my acquisitions was the Kaito KA1103.  I purchased mine from eBay from kaito-electronics for $60 as a used radio which I assume to mean “a returned radio” or a “refurbished radio”. 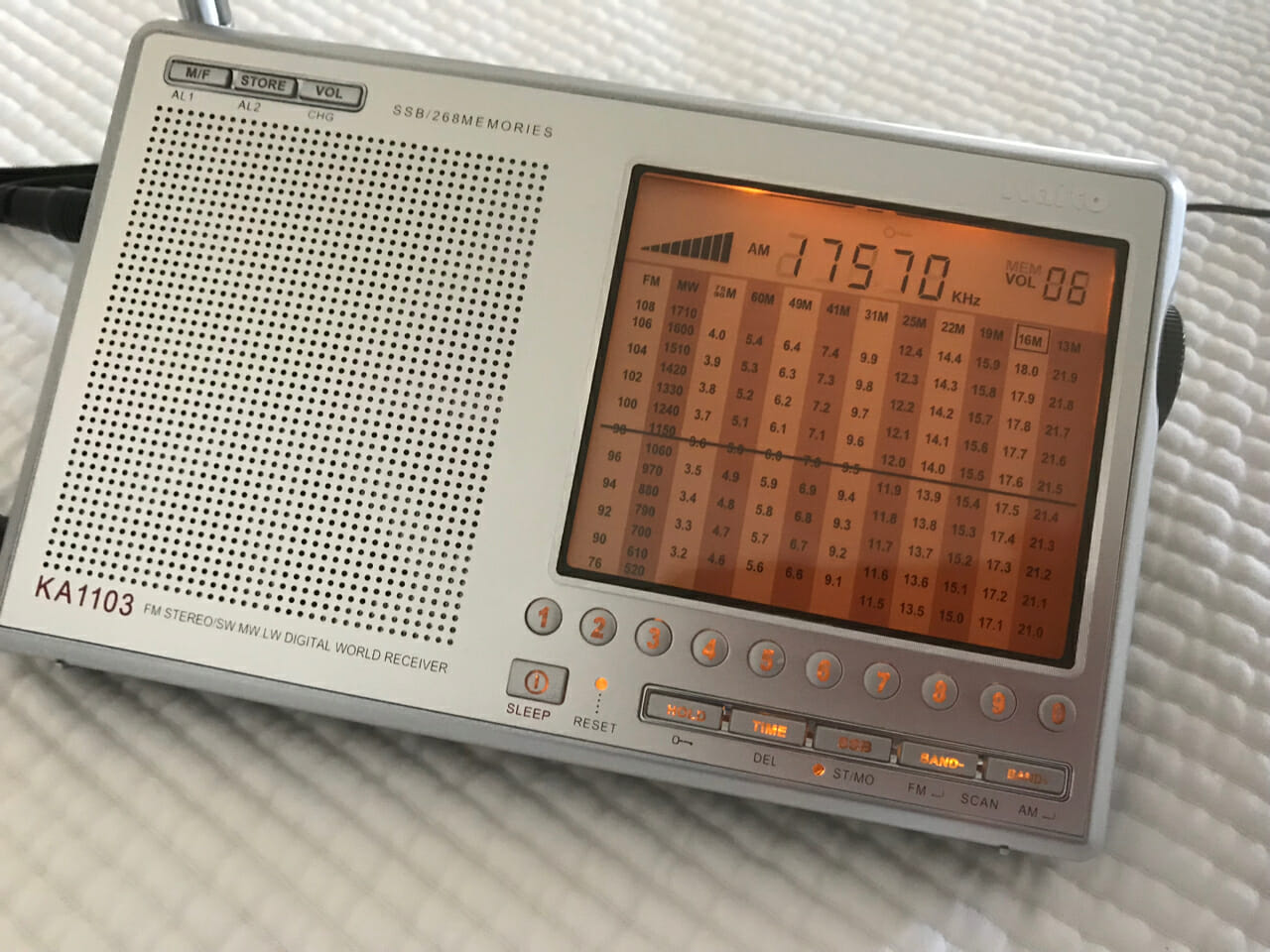 The mailman literally handed me the box as I was throwing my suitcase into the truck to fly overseas for work.  I literally had just enough time to rip the box open and throw the radio in my suitcase prior leaving.  I did manage to turn the radio on and grabbed one FM radio station to ensure that it worked.  It did.

Sadly when I got to Italy and tested the radio it worked fine however it didn’t seem to be charging the rechargeable batteries.   So I threw a fresh set of Ni MH batteries in and it still wouldn’t charge.  I’m an electrical tech rep so I never travel anywhere without a multi-meter and I confirmed the charging brick was indeed dead.   Well that’s what you get for buying “used” however it came from the distributor and it should have been tested.  I contacted them and they responded promptly.  I told them I wanted to keep the radio but swap bricks.

NOTE:  It would appear that Kaito-Electronics must have thrown a replacement brick in the mail after receiving my eBay message as maybe 3 or 4 days later a brick from them showed up in my mailbox.  The radio works fine and I can’t say enough good things about Kaito for fixing the problem.  Thanks!

Knowing this might not go well I plugged the model number of the brick into an eBay search and found one on eBay for $2 and took a chance and bought it. I bet the radio is fine and it is just the brick.

Actually the radio IS fine (unless of course something is wrong with the charging circuit).  I slapped some alkaline batteries in it and all seems to be well.

• Line Out – Woo Hoo I love Line Out on radios because you can record right to a computer.

• Tuning is very precise, a little too precise.

• The battery charging icon has an “empty” look to it at all times.  Very confusing.

• The volume control is bizarre.  You have to push the volume button on the upper left part of the radio and then turn the tuning knob to increase or decrease volume.  If you are trying to do something fast with tuning or volume it isn’t really conducive to that.

• No upper and lower SSB switch.  Only SSB and fine tuning.  The fine tuning is VERY touchy.   That being said it yanks in SSB okay but it’s so touchy.  Here’s an SSB grab.

• If the screen is tilted the frequency display is unreadable.  You have to look at the display dead on to see it perfectly.  No tilting allowed. 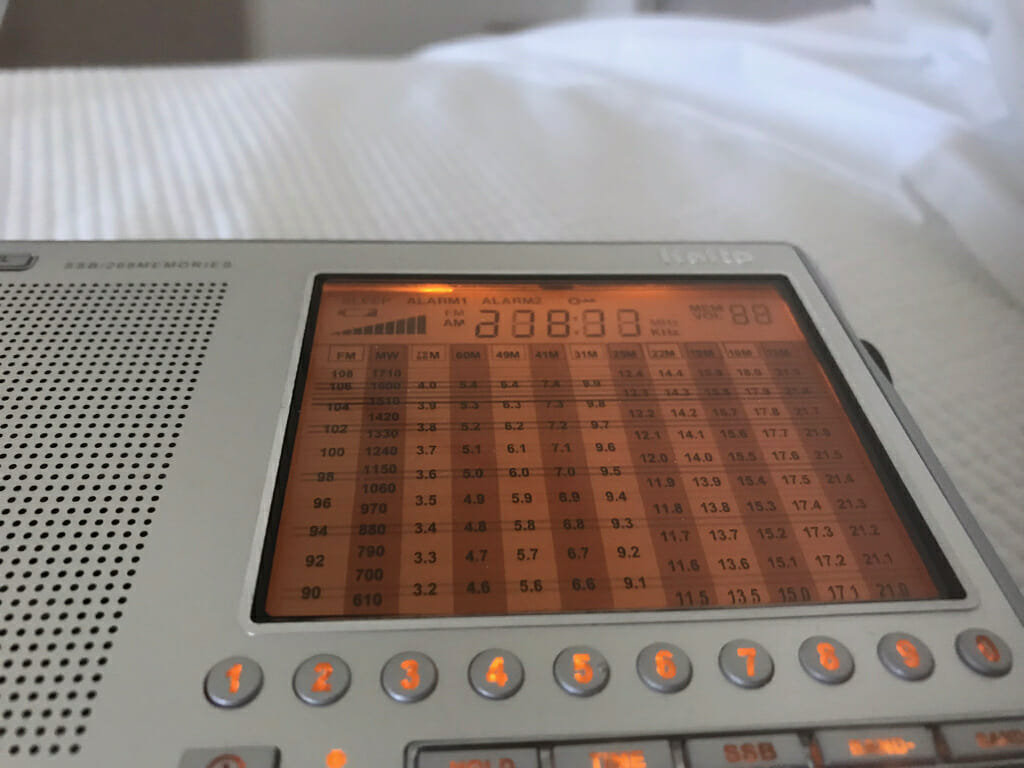 Despite a few “bad” the radio performs well and I’ve been yanking in the stations in my hotel room in Italy.  Very impressive.  Here’s a quick video of it in action.