Ok, I’m more and more impressed with my new SDS100 scanner and just learned that it has GPS capability (with an added external module).   Heck I was impressed that you could just type in the zip code and pull in all the local services fit to scan.

And that’s all good unless you are MOVING because as you move on down the highway your zip code obviously changes.   Also if you have a GPS module then you don’t even have to know what zip code you are in.  Win, win.

This module was designed by a poster at  RadioReference.com named Hit_Factor who came up with a $42 DIY module. 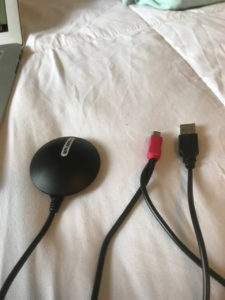 This is what we are going to make.  We need:

A USB cable with a USB “A”  connector on one end.  You probably have one laying around somewhere.  Doesn’t matter what is on the other end as you’ll chop it off anyway. It needs to be of sufficient wire gauge so it can carry current.  Some cables have tiny, tiny 28 ga. wire.  That won’t cut it.

Basically you want to cut the weird connector off of the GPS receiver and then cut the end off of your USB A cable.  Strip back 1/2″ or so and strip the Red, Black, and Green wires.  Chop the white and shield.  Do this to both cables.  Twist the color pairs together and solder. 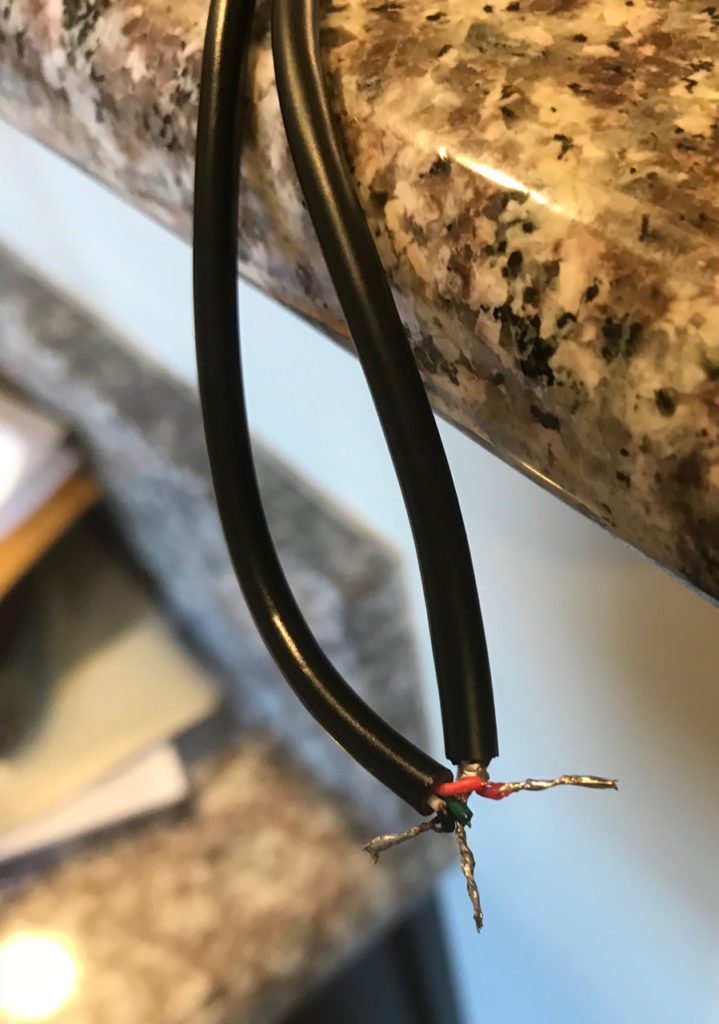 These are excessively long and you’ll trim the soldered leads down considerably to solder on the very small pins on the USB Mini connector.   Just showing like this for clarity.

Now lets solder the wires to the connector.  Do the black one first, then the green, then the red.  Actually the red and green order don’t matter but it is darned hard to solder the black one after the green one is on.  My pic below looks like there is a ton of room.  There isn’t. 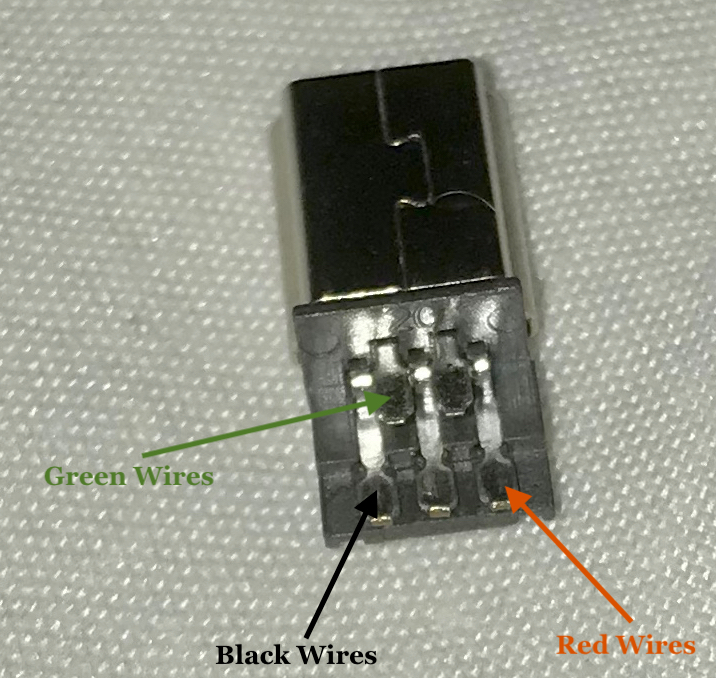 Now you just just install the mini usb plug in the plastic connector shell.  I added some heat shrink to mine just to make it look a bit prettier, that’s all.  You don’t need to heat shrink yours.

And Bob is your Uncle.

In the menus make sure your GPS serial port speed is set to 4800 baud.  That should be the default.  When you plug it in the word “GPS” should show up at the bottom of the screen near the right.  You can just see it in the pic below.  You can test that it is working by hitting the zip key and adding a zip code for some far away place.  It will load the database for that area and then realize it ain’t there and then reload the database for the GPS coordinates detected. 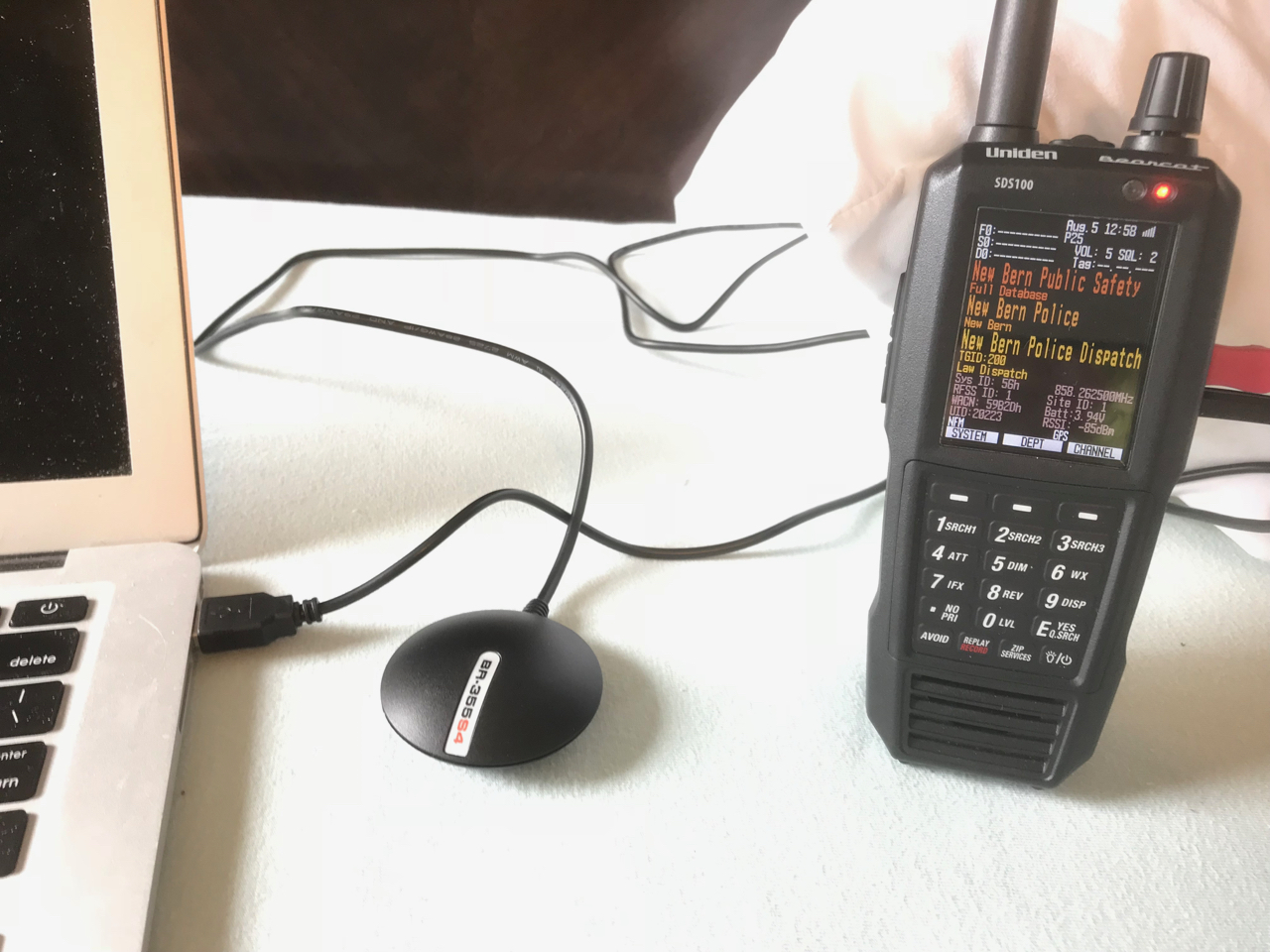 6 thoughts on “An affordable GPS module for SDS100 Scanner”