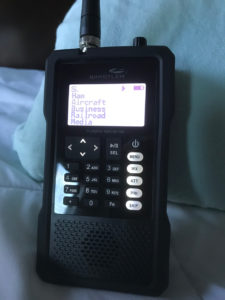 So at this point it is safe to say I’m a police scanner junkie.  This started with my love of Software Defined Radio (SDR) devices.  You get an SDR then you tune to FM stereo, then you track aircraft ADSB, then somewhere along the lines you start listening to anything you can which includes emergency services stuff.

First you just listen to analog police, then you find out there are digital trunked systems.  That evolves into using programs such as DSD+ with Unitrunker or another program called SDRTrunk or OP25.

Then you realize that you’re into hardware scanners.  I started out with a Uniden SDS100 which is probably the most technologically advanced consumer grade scanner on the market at this moment.  It probably unseated the Whistler TRX-1.  If you read the forums there is kind of a Ford/Chevy thing going on with Uniden/Whistler.  I had to see what all the fuss was about so I got the Whistler TRX-1.

I hate to start off on a negative but I’m going to.  Where I live I track two trunked radio systems. New Bern Public Safety, and North Carolina VIPER.  NBPS is a P25 Phase 1 LSM system.  VIPER is a P25 Phase 1 C4FM system.   VIPER works great and this really, really expensive scanner simply cannot decode the LSM simulcast system with any degree of success.

However, lets say I lived in another city that did NOT have P25 LSM.  The TRX-1 would be an AMAZING scanner for that scenario.   So while I’m heavily bummed the TRX-1 doesn’t work great in New Bern, NC I do travel a lot.  An awful lot.  So I will throw this scanner in the suitcase and use it for a road machine.

What I did so that the purchase was not a total loss was this………..I’ve already stated that I track two systems.  While the primary scanner I use works its way through both of those systems it sometimes misses calls because, hey, it’s looking at another channel.  So if I were to add Analog channels, and Ham Radio DMR, and NXDN radio frequencies on top of the two systems I want to scan then I’d miss more and more calls because of the time it takes to scan all of the loaded systems and frequencies.

So, I loaded all that extra stuff that was slowing my other scanner down onto the TRX-1.  The software for loading it is called EZ-Scan and it is of course a free download on the Whistler website.  It’s easy to add all those frequencies into EZ-Scan by cutting and pasting from a website called Digital Frequency Search. 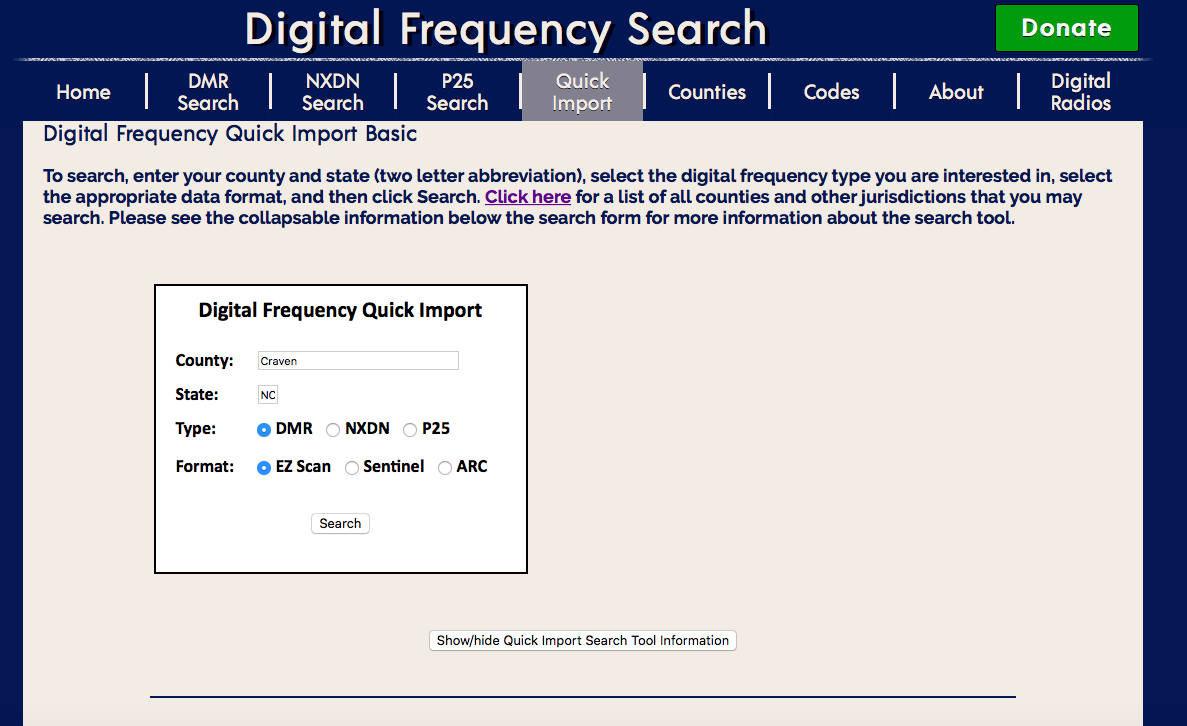 Then Cut and Paste. 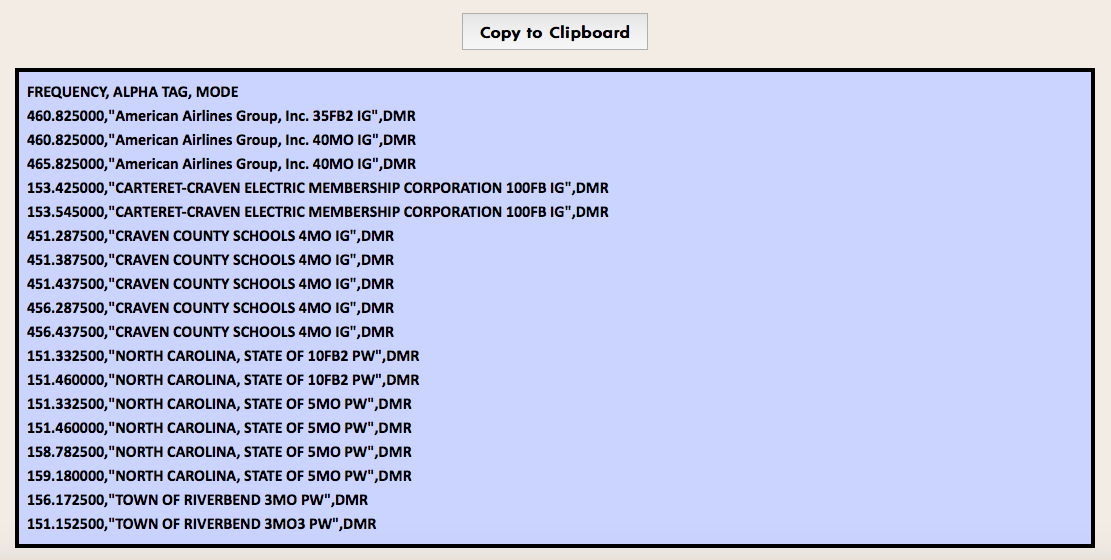 It’s a tad bit geeky and a LOT different than the Uniden software.  Both companies take a totally different approach to scanner programming.   As you can see I made three scan lists. 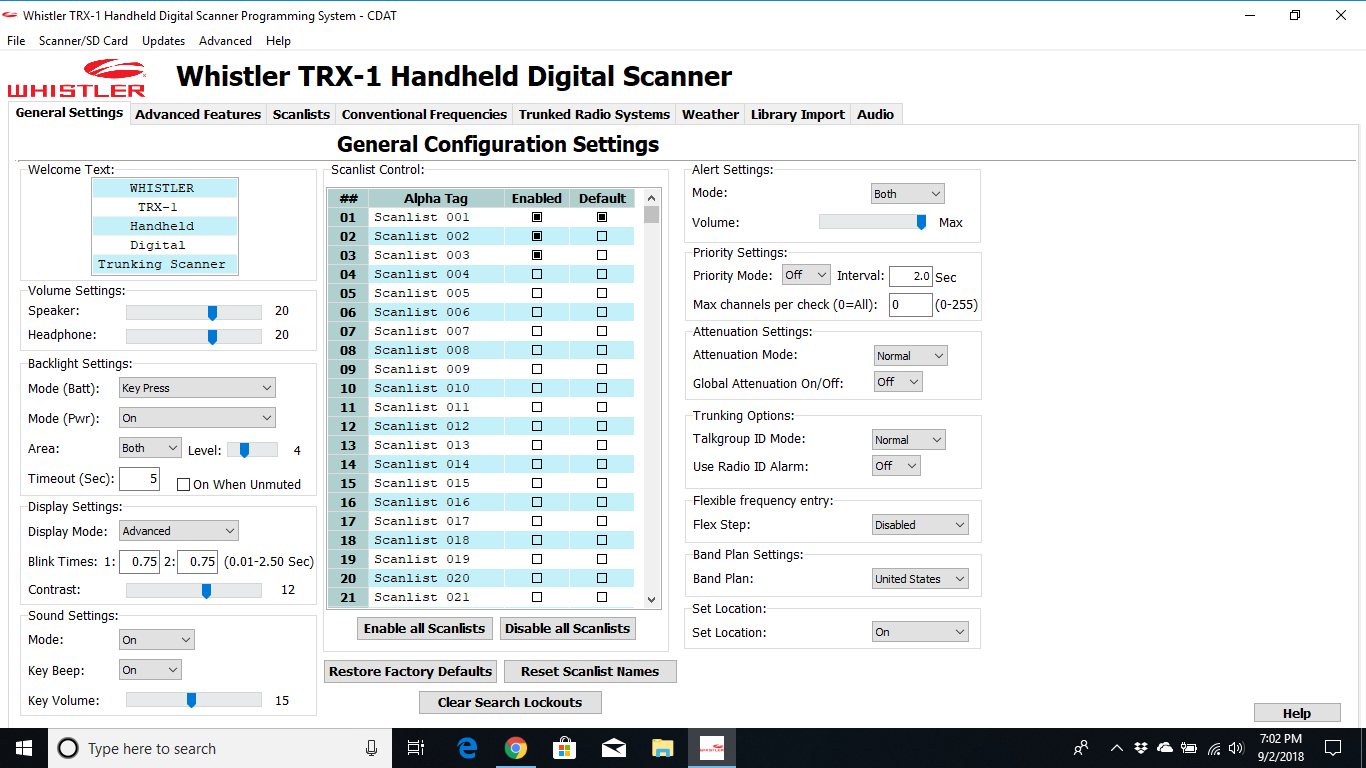 So what I did was separate the Analog stuff from the NXDN stuff, from the DMR stuff.  If I want to only listen to DMR I can disable the other scan lists. Simple.   You can see the scan lists 2 and 3 partially below. 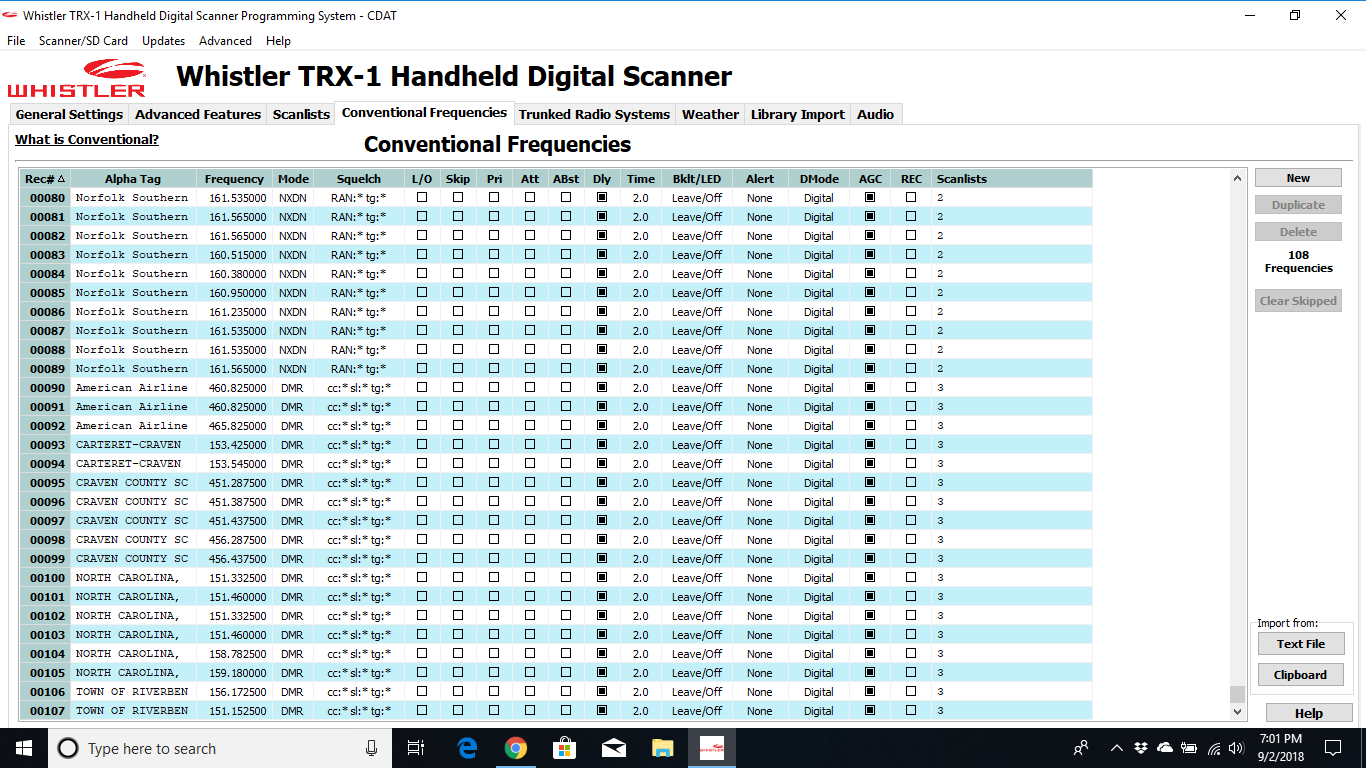 Then finally this is how you import what systems you want to listen to.  You can do this by City, or Zip Code or manually.  As you can see I selected the stuff that I mentioned before and excluded the Police and EMS stuff my other scanner is already doing. 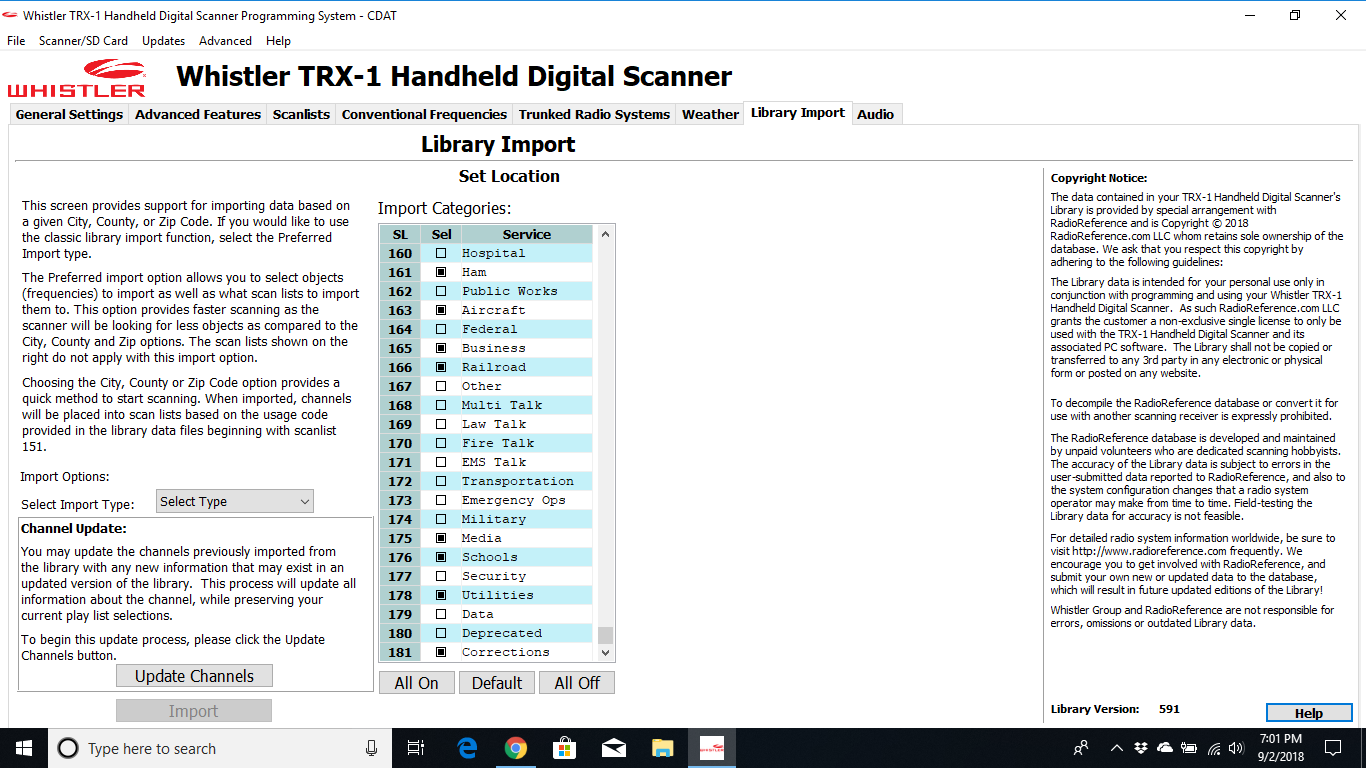 Lastly there is Remote Control Software for the TRX-1.

So no deep dive, highly technical review here.  I will add to this.  I always do, as I learn new things.  And while I found a home and a mission for this TRX-1 I am very disappointed that it does not do P25 Simulcast LSM very well at all.   I wish I had known this before I bought it.

So in general my advice to a potential buyer is to hit the forums, email the manufacturers, and find the systems and system TYPES that you want to listen to. Again, if I had no P25 LSM I’d be tickled to death with this scanner.  One town I travel to a LOT does not have P25 LSM so this will work great there and it is a great listening area in general.

Do your homework, know what systems you are monitoring.  Know the systems and system types of THE PLACES YOU TRAVEL TO.  Study, study, study.