Appliances.  We all need ’em. I’m all about high tech but there are some things that just don’t need to be high tech.  Things like refrigerators, freezers, washers, dryers, and hot water heaters should last for DECADES, not a few years.

Seems like there has been a rash of throw away appliances the last few years.  I have several friends who bought fancy washers and dryers with computers onboard that dropped dead after a few years with expensive repairs needed to get going again.

Meanwhile my washer and dryer that I bought in 2003 is still going strong with minimal repairs WHICH I DID MYSELF.  If a washer has a tub, bearing, motor and timer switch it’s pretty easy to fix.  If it is computer controlled with several boards under the hood……..you need specific training to fix it.

AND YOU NEED THE MANUALS!  I can’t stress enough how important it is to have access to the repair manuals. There are many parts web sites online that have complete Parts Breakdown and Service manuals.  Also from those same pages you can order the parts you need.  Old reliable appliances had SPARE PARTS made in droves.

Here’s some things I think you can consider before buying ANY appliance.

Case in point.  Last night I’m minding my own business, sitting at home on a rainy night and checking the local classified ads for deals.  Oh boy did I find one.  “5.1 Cubit Foot Deep Freezer – FREE”. And the picture looked pretty good.  The guy did say it was TWO YEARS OLD and didn’t work.

If there is one thing John knows about appliances it is that usually something cheap breaks that causes it to not work.  I went out in the dark and braved the rain to get it before someone else did.

It turned out to be an IGLOO (Thompson, Curtis, RCA…….you tell me)……anyway it was branded IGLOO with a model number of FRF508-BLACK. 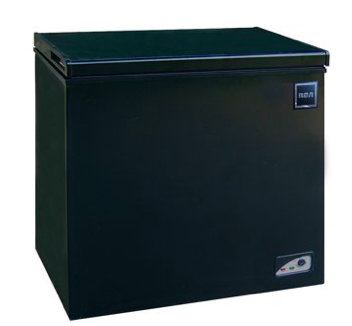 It looked great, it really did.  The family kept it in nice shape but IT LET THEM DOWN AFTER TWO YEARS.

So I plug it in and the power and compressor light comes on but clearly no compressor noise.

Nothing.  NOTHING.  Nada.  Zip.   This stupid freezer only had the owners manual that said “don’t plug it in upside down and don’t try to operate it on it’s side”.

Seriously.  That was about it.  So, I’m a pretty smart guy so I stick my head inside and the first thing I notice is that there is a Supco 3 n 1 Hard Start Kit installed.   Those aren’t stock.  “Somebody has been tinkering around inside.”

Try as I might I look for a schematic or wiring diagram and I come up short.  The schematic on the back data sticker is little to no help for wiring. 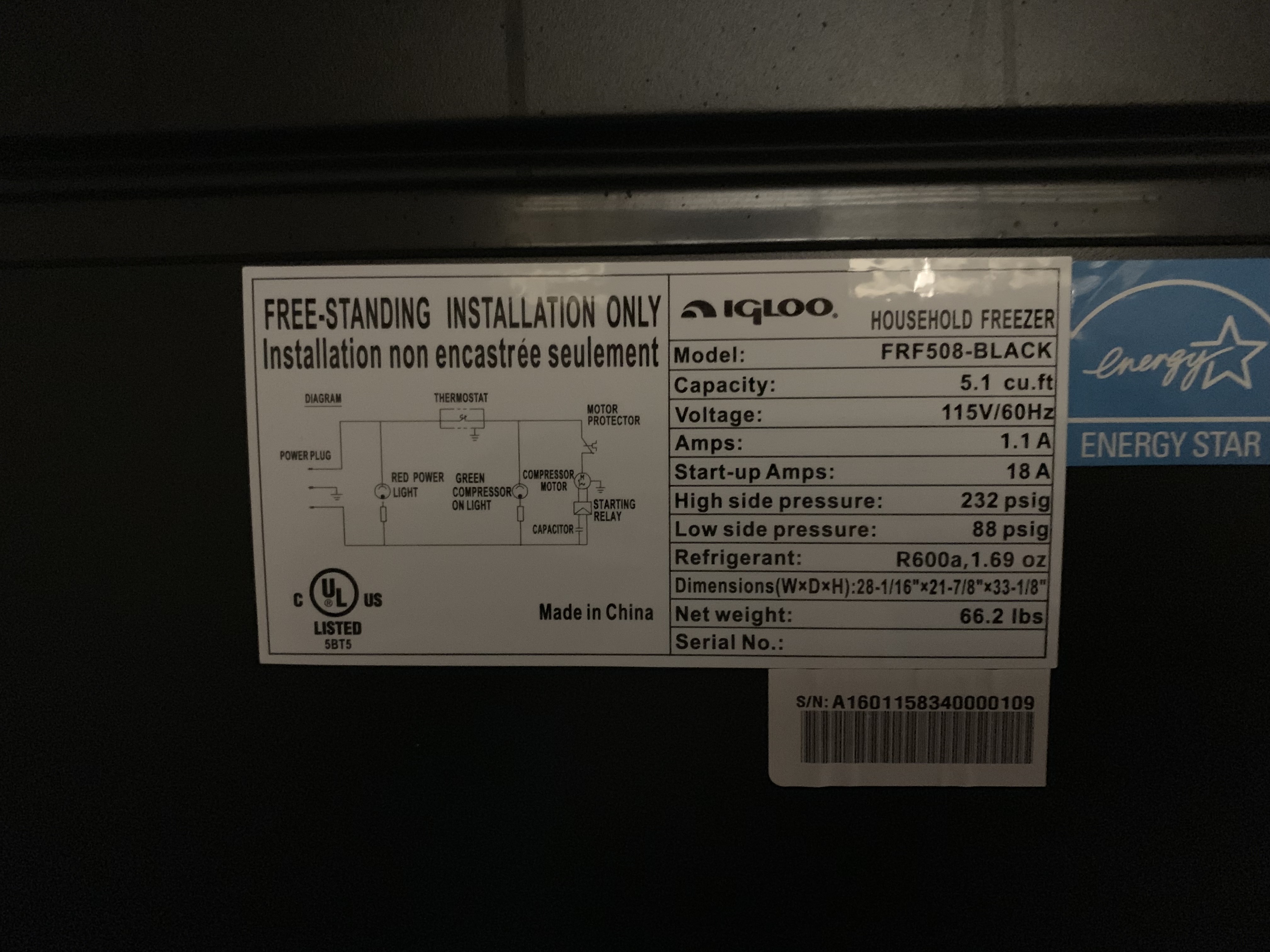 So ……..crap.  Then I start looking for YouTube videos, blog pages, anything and there just isn’t much.  And why would there be.  It is a $150 freezer sold by Walmart and it lasts about TWO YEARS.  Hell it isn’t worth the money to call someone to look at it.

And clearly whoever tried to fix this guys freezer was electronically challenged.  Essentially freezers kinda work like this:

So I’m pretty sure the start relay is bad……..they are usually always the culprit then I look and the Supco 3 in 1 Hard Start Kit is wired to the motor start relay.  WHAT THE?  The 3 n 1 HAS A RELAY IN IT.  It also has the capacitor and overload protector, hence the name THREE IN ONE.

So then I look and the 3 n 1 is wired to the capacitor in the freezer as well.   And no hot wire at all is going to the motor overload device.   AND there’s a hot wire hanging into space.

While I admire the “Fix It Ourself” attitude of the previous owner………suffice to say he’ll not be offered a job by my Team at work as electronic Equipment Specialists.

So there’s only one thing to do.  Take all the crap out of there and start over.  Anyway, long story longer…………..I did get the unit to start.  It has a bad start relay, and possibly a bad run capacitor.  I bump started it by wiring the compressor directly to 120v and  shorting the start terminal to the run terminal for just a quick SPARK.

Then I let it run to make sure it got cold.  It did.

I am of the belief that the original failure was the motor start relay which is about $5 to $10.

However the subsequent repair attempt had the “fixer” cutting spade termination connectors off and making crappy splices and all that stuff has to be dealt with.  In fact it is in such a mess that buying a new capacitor, start relay, and overload protection device is both economically unfeasible and HARD TO DO because they cut all the damn wires.

The Hard Start Kit solves ALL THESE PROBLEMS.

However, I can’t really blame the repair tech because:

I went to every parts house in New Bern and called all the ones in Jacksonville.  NOBODY but nobody carries IGLOO (Thompson, Curtis, RCA, whatever) because they aren’t major manufacturers and all the stuff is made in China.  Even the Compressor. 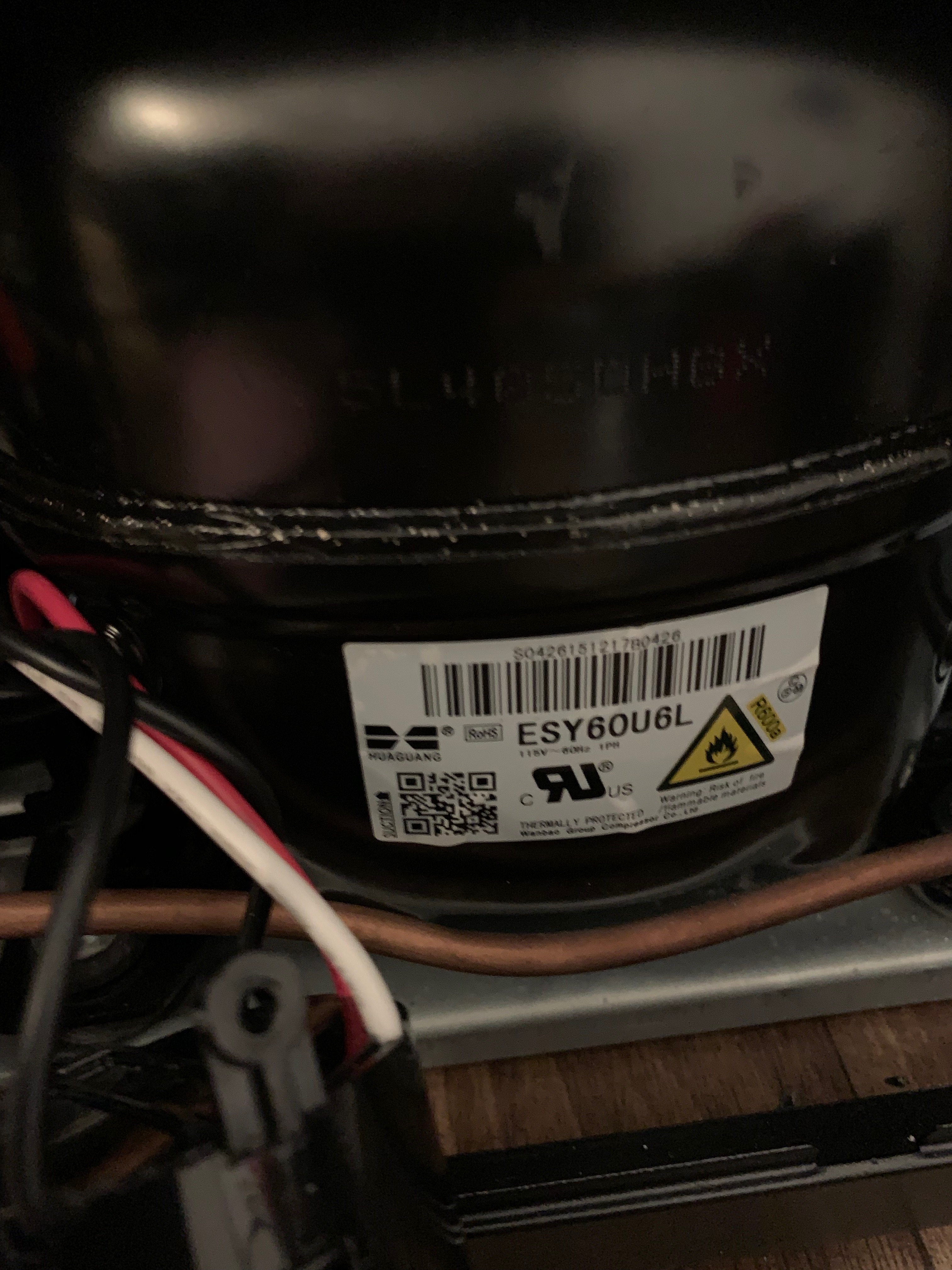 Anyway…………Don’t buy this crap.  Okay I have one now but I got it for free and fixed it for $12.  $150 every two years isn’t exactly a bargain and who is to say the thermostat won’t crap out next.   Sure you can get parts on line from Amazon and eBay but they are all Chinese parts.

And, ya know, this is the important part………If your deep freezer drops dead……….parts in the mail in 3 days ain’t gonna cut it.

Usually I say something like “Bob is your Uncle” after I fix stuff.  It’s what geeks say.  But I’m going to say Uncle-San Bobu from Beijing is probably not even your fathers brother and is a knock off as well.

Received the Supco 3 n 1 Hard Start Kit today and it works like a champ.  Been watching it with a power monitor and it is working probably better than it ever did.  The components in the 3 n 1 kit are likely a lot more robust than the orignial components in the freezer.