My K40 (and various other CO2 lasers) does not have a water flow sensor switch on it.   There are folks who put a water flow meter on the outside of their lasers which gives you a visual representation that the water is indeed flowing.  That’s great.  Until you turn your back and the pump fails causing water to stop flowing and your laser tube and power supply go “POOF”.

You would have to watch that flow meter 100% of the time to be safe.

With a water flow sensor switch it kills power to the laser firing circuit if no water flow is detected thus saving your precious CO2 laser tube and power supply.

The switch in the flow sensor is in the normally open position.  That means the circuit is BROKEN until water flows through the sensor and then the switch closes which ENERGIZES the laser firing circuit.

In fact laser power supplies have a protection circuit ready to roll.

BUT LOOK AT HOW THEY BYPASS THIS CIRCUIT IF THERE IS NO WATER FLOW SENSOR SWITCH INSTALLED! 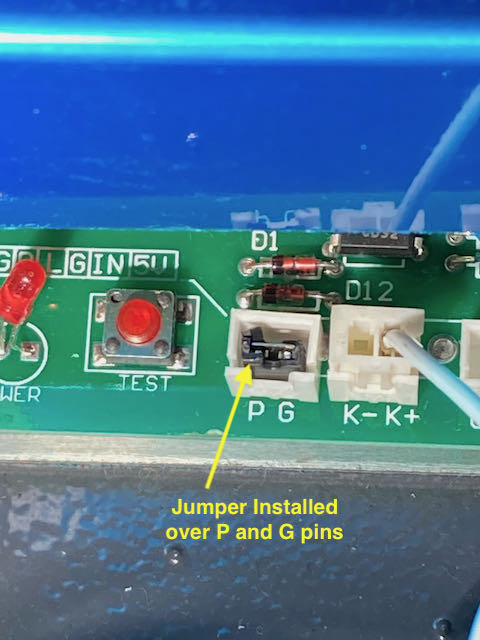 Bypassing the Water Protection Circuit On A CO2 Laser

You MUST install a water flow sensor to be safe. That is all there is to it. Your laser is tricking a very important protection circuit into thinking it is working and allowing the laser to fire.

Let’s fix this, shall we?  I like the Cloudray HT-30 Water Flow Sensor Switch.  I’ve linked the product page but I bought mine from an eBay store from a US shipper because I think for the most part these things might ship from China.  For My OMTech 50 watt laser I bought it with 10mm Caliber as that laser uses 10mm water tubing.

For my K40 I bought the 8mm Caliber because the K40 uses smaller 8mm tubing.

I also found that there is no mount for this thing.  You could lay it in the bottom of the laser and that would probably be okay but I went ahead and designed a 3D printable mount for it.   The pic below is in my 50 watt laser.  I designed it for the existing mount for the original crappy sensor switch.  In the K40 we’ll just drill a couple of holes in the case. 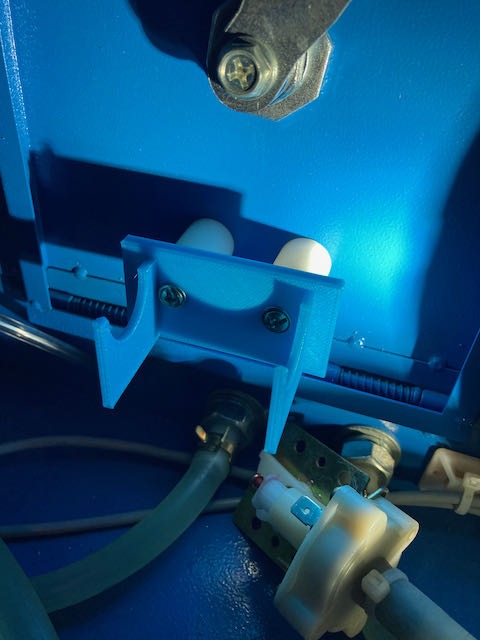 Now before we install it we need to fit it with some wires.  I bought these JST Female connector wires to hook to the HT-30.  They aren’t quite long enough so I’ll have to splice in a couple locations. One point being at the HT-30 itself and I’ll just add another hunk of wiring in the middle. Not the most elegant solution but you have to splice.  If you have an old junk TV or computer or something you might look and see if it has a 2 pin female JST connector on the end of a longer hunk of wire.  Never know.  You might get lucky. 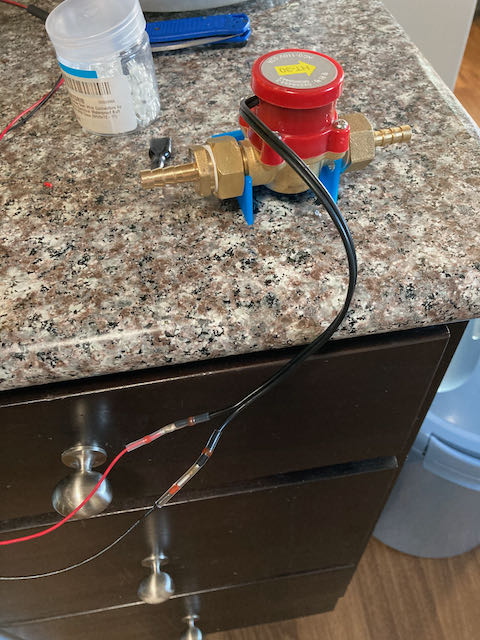 I tried to mount the HT-30 on the back bulkhead but there just wasn’t enough space for it there.  The water tubes were really close to being kinked and I just didn’t like it.  In the end I zip tied the  sensor switch into the 3D printed mount and double sided taped it to the bottom rear of the box. 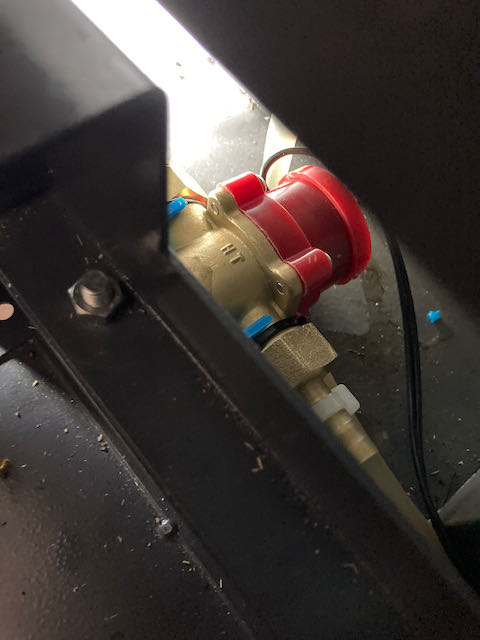 So here’s a quick video I made of the installation and testing of the water flow sensor switch.  Hope this helps someone.

Protect your expensive laser tube and yourself by installing this safety device.