You’d think a modern Tech Blog would discuss modern equipment but the reality is sometimes tech that is still laying around gets forgotten about and in some sense this blog is about an attempt to upgrade some old tech.

Back when I was a pup fluorescent lighting was everywhere.  It was probably the most common way to light up larger spaces.  If you got your hands on a 4′ long lighting fixture you were living large.  My dad found a couple somewhere and painted them red, white, and blue and hung them in his office basement.  I’ll never forget that horrific buzz.

Recently my wife and I bought a mid 1980’s country home and the back yard shed had two 4′ long fluorescent light fixtures in it.  There were a couple of bad tubes in it and sometimes the lights would come on and sometimes they wouldn’t.  Being the tech savvy dude that I am I decided to upgrade the old light tubes to LED’s with drop in replacements.  Sounds easy, right?

It was not.
First of all I measured the tubes.  They were 48″ long and 1.5″ in diameter.  That means they were a T12 size.   Then I realized quickly there were no T12 LED replacements available in any stores near me.

To convert to LED tubes you can use drop in replacements, or you can remove the existing ballasts and wire directly to the sockets.  I wasn’t sure which way I needed to go yet.

Then I started looking into whether or not I could use a T8 LED tube and then that’s when things got even weirder.  In my research I found out that LED tubes would not work with magnetic ballasts.  Then I had to find out whether I had electronic or magnetic ballasts.

It was easy to find out.  All you do is take a picture of the light and if it has diagonal banding then it is a magnetic ballast and you CANNOT use a drop in replacement tube (without re-wiring). 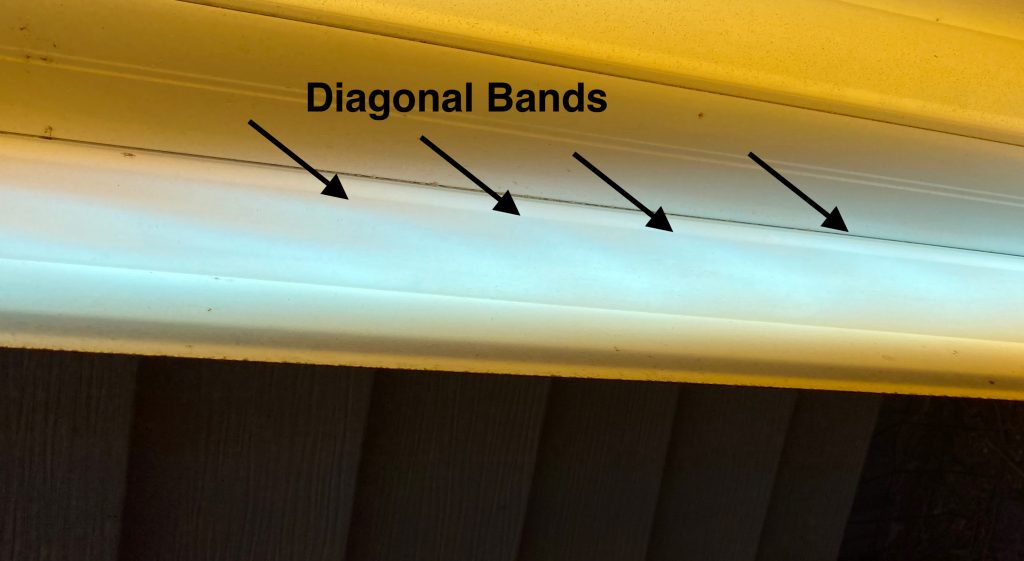 As you can see I had the magnetic ballasts which complicated things a bit.

I will spare you the gory details but after researching the cost of replacement tubes and working on the disgustingly dusty old fixtures and factoring in my time I found it was way easier to buy some brand new LED 4′ long fixtures from Harbor Freight.  The price shows as $21.99 each but when I bought mine they had $4 off coupons.  So for about $35 I got some upgraded lighting. 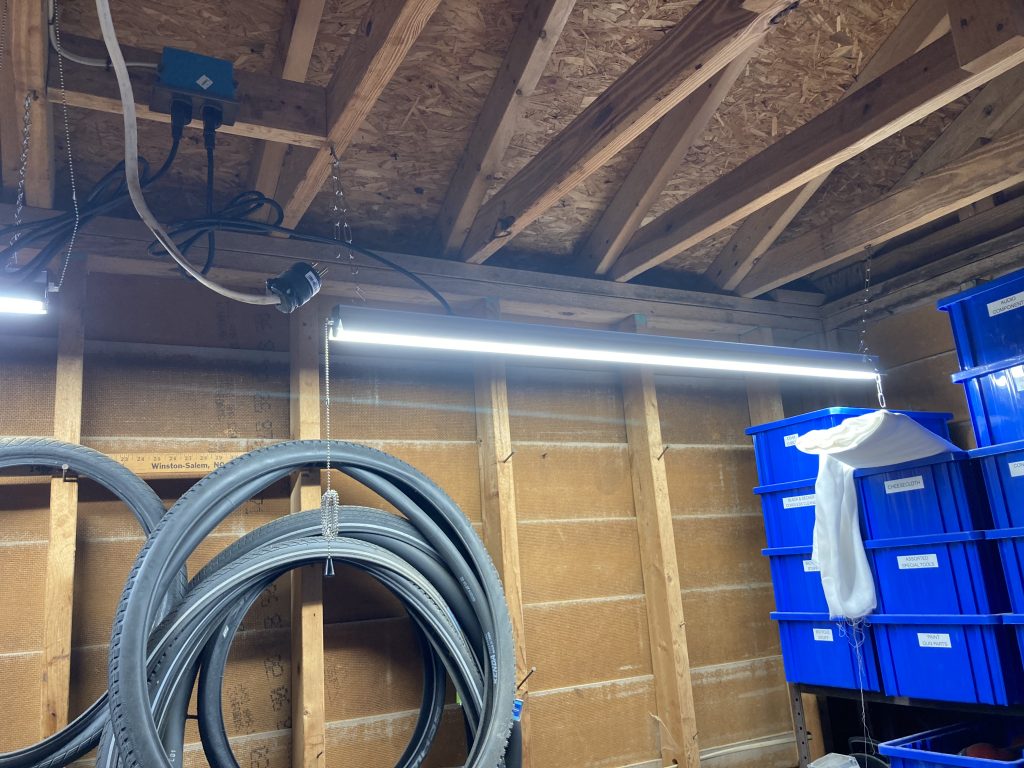 Anyway, I guess if I made a point it was that when some tech is decades old we forget it’s evolution, specifically in this case the move from magnetic to electronic ballasts, and how that could affect an upgrade path.

Oddly enough I could not upgrade my lights cheaper than I could just buy new ones.  Or if I could it was not worth the time or expense.

Had I just ran out and bought drop in replacement lamps it probably would have been an epic fail, at least the first go around.  I would have installed them, turned them on and then I’m not really sure what would have happened.  Nothing good, probably.

Always do your research and have fun while you learn.