I got my first Raspberry Compute Module 4 and installed it in a Geekpi CM4 Router Board.  And then cue the fun.  It is cool but it isn’t quite ready for plug and play prime time.   It was quite a challenge to get everything running.

First of all there are several images to download on the GitHub page and I just wasn’t sure which one to use.   The image that supposedly allowed the OLED display to work somehow or another didn’t have a working ETH1 wan port after installation.  A router without a wan port isn’t worth a shit and it sure isn’t a router.  Pardon my French.

So then the image with the ETH1 wan port working didn’t have a working OLED display.  FML.   In the great scheme of things the OLED being functional isn’t that important and that’s the direction I decided to go.  Then I figured out how to get the OLED on which is a hack.

Here’s how it happened:

First install OpenWRT on your Compute Module by using this file from the Github link above.

This one has the functional wan port. But you have to add it manually (ETH1 = WAN) 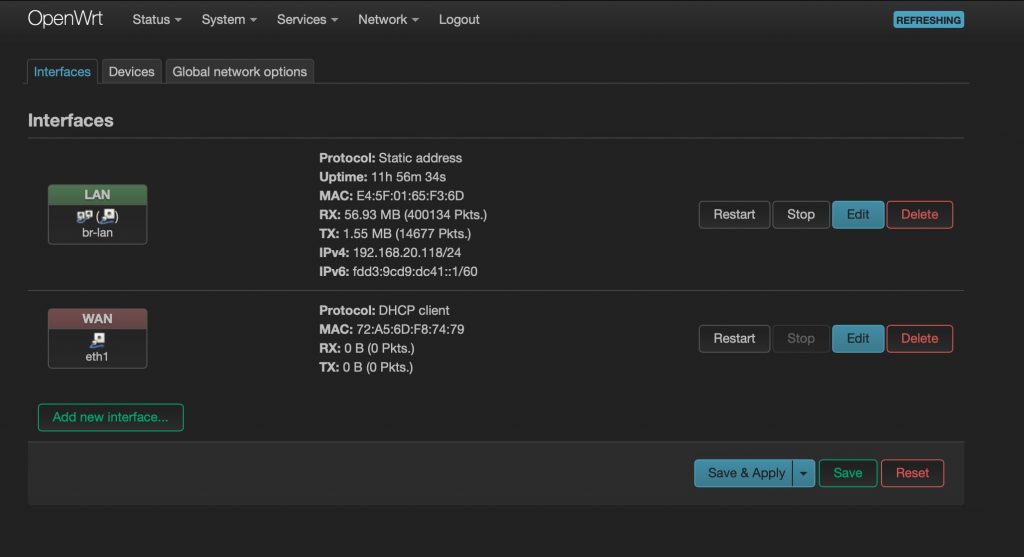 And almost everything you need to get the OLED going is here.

If you go Services > OLED you’ll find that page is non functional.  ssh into your Openwrt and issue these three commands.

The nano one isn’t totally necessary if you know how to use vi.  I hate vi.

Once luci-compat is installed the page will work but you’ll get a message that says “OLED Not Running”. Crap.

So now you need to take nano and add a line of code.

Add this line to the start() area:

Hit Ctl + X and then Y to save.  Now reboot.  Navigate to the Services > OLED page and voila’. In Green it states “OLED Running” 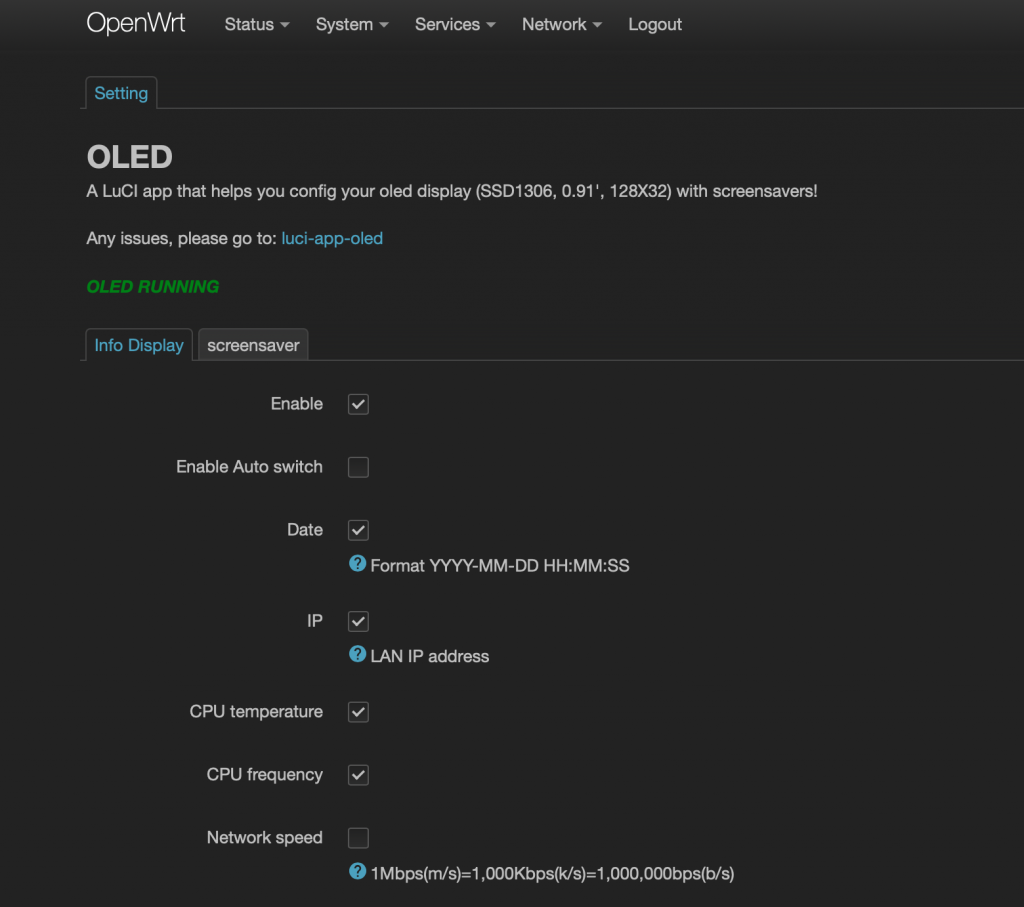 Now everything works.  Next up will be to add a hotspot so this device can be a travel router.  Then maybe configure OpenVPN for security.

Guys like me like to fumble around with stuff and make it work but it seems like they could have a working OpenWRT image ready to roll.  Just my opinion.  You have to mess with it to make it work.