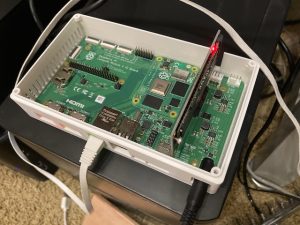 CM4 with NVME on PCIe Connector

These are the required parts:

Let’s talk about the parts somewhat.

The Compute Module itself was tricky to find.  Because of the global supply chain shortage of semi-conductors, Raspberry Pi’s are tough to get in any form.  The compute module may be the toughest to get.  While I wanted an 8GB module I had to settle for a 2GB.  After weeks of waiting I finally found availability at SeeedStudio and they only had 100 in stock so I had to act quick.  I do have an 8GB on back order but I don’t really expect to see it until Oct or so.  Seriously.

There is a cool website someone made that tracks Pi stock at authorized resellers.  Check it out.

Everything else is fairly self explanatory.  I didn’t provide a link for a power supply because I already had a 12v 4 amp brick laying around.  While I mentioned 1.5 amp minimum above if you are playing with the PCIe bus and the components that plug into them………the more current the better.  I really recommend 3 to 4 amps.  In this case the adapter and NVME drive probably are fine on 1 or 1.5 amps as the things that I have read say they only need about 10 to 11 watts. A one amp brick will give you 12 watts.  That being said, good old electronics theory says you really shouldn’t load things up near 100%.  Best to go at least 1.5 amps.

And while I linked the Samsung EVO970 at Amazon in the chart above I actually just ran up to Best Buy and got one at the same price.

And I was able to print a cool case for the whole thing from this file on Thingiverse. 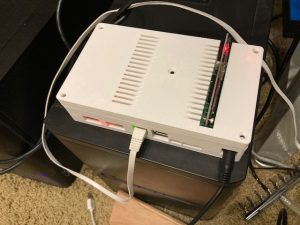 While it is possible to boot from the NVME drive, my Pi has eMMC Memory where Pi OS (64 bit) is installed.  I’ll leave that as it is.  If I had a Compute Module that booted from an SSD then I would go ahead and make the NVME drive the boot drive.  Installing Pi OS on eMMC is a different beast and I described that process here.

Also the PCIe adapter will not be recognized by Pi OS until a drive is actually plugged in.  I described that issue here.

Once the drive is installed and Pi OS booted then you can issue an “lspci” and “lsblk” to see if it was recognized.

Looks good!  I formatted the drive with gParted

Real clear directions for doing that are found here.

Finally I added Samba to expose the mounted drive (and home directory) to my network. 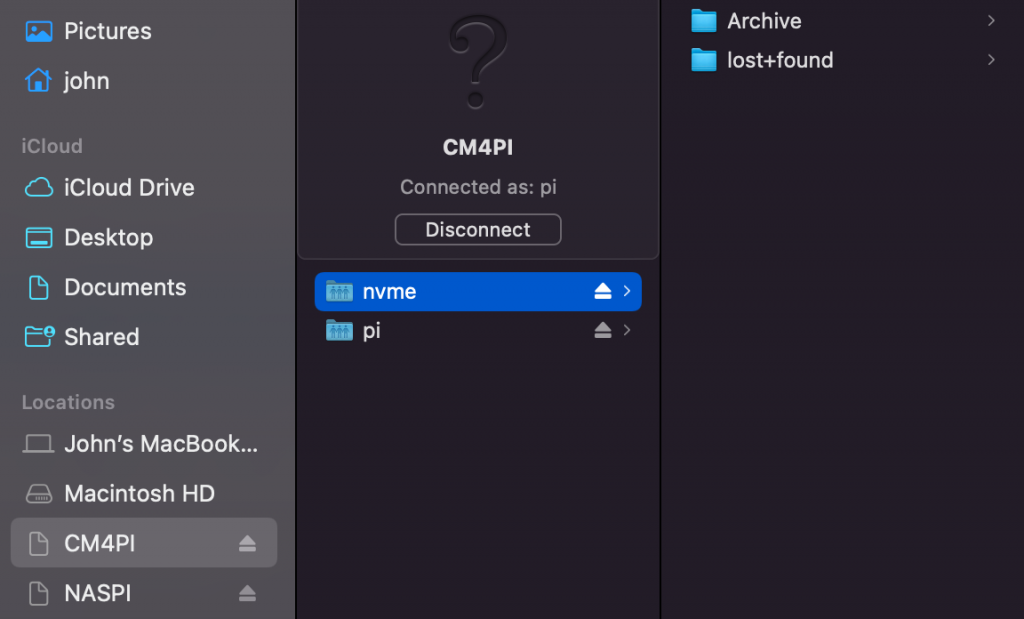 I will probably play around with some other PCIe devices soon but you have to get your feet wet first.  Adding a PCIe NVME drive is pretty easy provided your adapter card and drive are supported by the Pi OS kernel.