Wera Tools calls their users and fan base “Tool Rebels”.  I generally don’t fall into hype like that however, I recently picked up a few Wera Tools after having owned a screwdriver set for years.

I think it is safe to say that I’m a Tool Rebel!

Just look at this Zyklop ratchet.  This is the first ratchet I’ve seen with an ergonomic handle.  At best they usually have some rough pattern for grip.  Also the head detents at several different locations.  You can set it to 0 degrees and use it like nut driver then when you need to apply some torque you can detent to 90 degrees like a normal socket.  Or you can detent it to 15 degrees which gives you that little bit of clearance on the handle end just like a box end wrench.  Brilliant.

So does that make Wera the best tools on the planet?  My answer is very situational.  It depends on what you use your tools for.   You’ll get a very different answer from a lifelong auto mechanic  than you will get from the retired guy who just needs to honey-do a few things around the house.  Consequently an electronics repair man is going to have much different requirements than an appliance repair man.

So again, this is situational and subjective.  If I’m an auto mechanic it might behoove me to buy my tools from the Snap-On Truck with a lifetime warranty that has a guy who will pull right up to my work and replace that broken item.

I’m clearly not in that situation but I do dabble with computers, GPS’s, radios, ham radios, police scanners, TV’s, appliances, etc.  Many modern electronics have weird bits and security bits to minimize people getting inside of their gear.  I also work on my own bicycles.  So I need tool kits with a mix of bits.  Also tiny screws in electronics usually aren’t jammed up tight and generally you’re not as rough on tools for these applications.   If you do encounter a bolt or nut it usually isn’t huge nor holding a great deal of torque.

But the dreaded “drop the very tiny screw and it is lost forever” scenario is all too real.  Bit holders and magnetic bit holders are nothing new……….that is until you look at this. 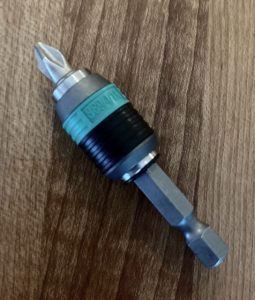 The Rapidator is an amazing little bit holder.

It is self locking and holds a bit.  This more than any other feature means you should have one on every cordless drill you own.

In addition to that there is a ring magnet on the end.

And the little green/black ring free spins as you turn.  That means you can hold that portion and increase stability by leaps and bounds.

These are all small details, but well thought out details. I still can’t swear that this thing will hold up for years on the construction site but again, I don’t do that.

Also the Rapidator technology is built in to some of their screwdriver handle bit changer kits.  I just got the 33 piece kit and has an amazing mix of bits.  Bits that I actually use. 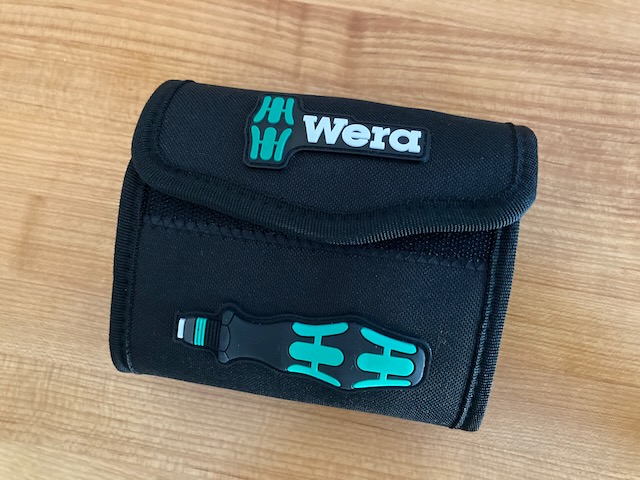 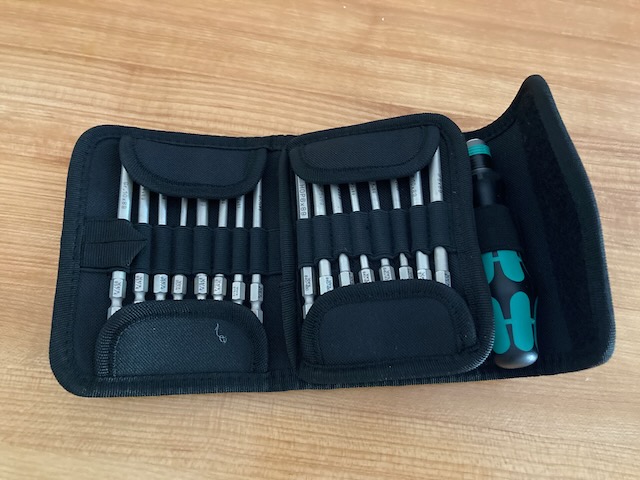 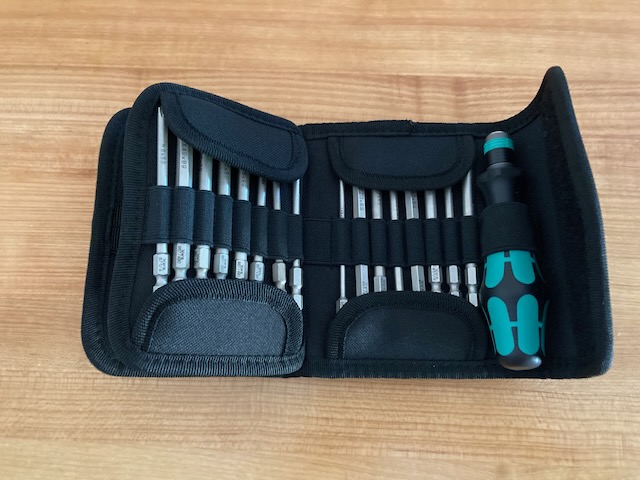 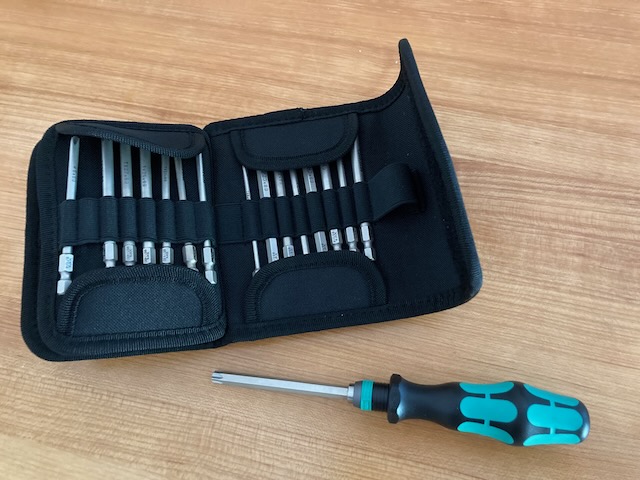 And the pouch it comes in is bad assed.  It’s compact and clean and one look tells you what it is. The rubber patches are awesome as well.

I have some more Wera Tools but I have always found the ergonomic grips on the screwdrivers game changing.  And I have had those screwdrivers about 6 or 7 years and I’ve used them countless times with no wear, tear, or breakage.  And speaking of those screwdriver tips they are laser etched to reduce or prevent cam out and slippage.  Your grandpa’s tools didn’t have that.

Now they come along with these Zyklop ratchets and Rapidator bitholders and it tells me that someone somewhere is trying to update, refresh, re-engineer and IMPROVE the tools your father used.