Here’s something you haven’t heard about in a while.  Short Wave Radio.  Heck, walk around Walmart, Best Buy, Target, wherever and you CAN’T EVEN FIND A SHORTWAVE RADIO IN THE STORES ANYMORE.  It seems like a dead medium.  And yet it isn’t.

When I was a young boy I had a great big tube Short Wave receiver that a friend of my fathers gave to me, and that’s the way it worked back then.  The old hams would happily teach the up and coming hams.  Anyway I spent untold hours listening to that thing and was always stunned and amazed at how much content and how varying it was.   And of course back then the prize was listening to a station as far away as possible.

Well, Short Wave sure has changed.  There aren’t nearly as many stations, even less high power stations and most of Short Wave seems to be mostly Christian content, and political propaganda. Also you’ll find a healthy dose of Patriot and Prepper community folks and alternative news sources.  And when I mean alternative, I mean alternative.  Out there stuff.   Also you’ll hear hams talking, morse code (CW) and various types of data, some of it critical such as NOAA Weather Fax (WEFAX), Radio Teletype (RTTY), and real life spies transmit coded messages called “Numbers Stations” on Short Wave as well.   Short Wave is very much still alive and well but clearly not as active as when I was a kid in the 60’s and 70’s.

I find the propaganda interesting.  I like how various countries aim content at us and I like listening to what THEY WANT YOU TO HEAR about them or their political views.   Man if you think American media is a hoot you should listen to Radio Havana sometime.

There are a few major stations left and those stations sell airtime.  I have seen airtime advertised for as little as $50 an hour, so basically if you have something to say, you can say it on shortwave radio.  As long as people buy the airtime those stations will continue on.  Makes for some interesting program line ups though.

One unattractive feature of short wave is that due to the atmosphere there is some propagation of the signal which means your station probably is fading in and out a bit with some static.  In this day and age that is probably unacceptable to the younger generations who have never listened to shortwave before.  Oh but when you were a kid listening and you grabbed some far away station in another country the excitement made the propagation seem invisible.  To an old Short Wave Listener (SWL’er) it’s still that way.

Now, lets state the obvious.  In a Shit Hits The Fan scenario you’ll wish you had a short wave radio.  Current events example. The volcano in Hawaii.  There are power outages and interference issues.  Hams are running emergency traffic.  It could be that if you were in the middle of it that listening to some of that stuff could be beneficial to you.

I’m not a Prepper nor particularly a pessimist so I won’t discuss things like terrorist attacks to the Electric Grid or EMP bombs popped off over the US of A.  In either scenario YOU’LL WISH YOU HAD A SHORT WAVE RADIO.

There are still plenty of radios out there but you’ll have to buy them on line (for the most part).  You can spend as little as $15 or so right up to “The Sky’s The Limit”.  And it is just a little astonishing how much a decent Short Wave Radio might cost that has the features that you might want in a short wave radio.   Now I am no great reviewer or radio expert but I’m going to list the things that matter to me in a Short Wave Radio:

• External Antenna Connector – The telescoping antenna on the potable short wave radio might pull in the giant, high wattage stations in America but you really need an external antenna connected such as I have on my Tecsun PL-880 radio as shown below to get anything other than the massive power big boy stations.  It is a 3.5mm connector that plugs in the left side.  This is hooked to an Alpha-Delta antenna from Ham Radio Outlet stretched across my backyard fence.   I get awesome reception with this thing. 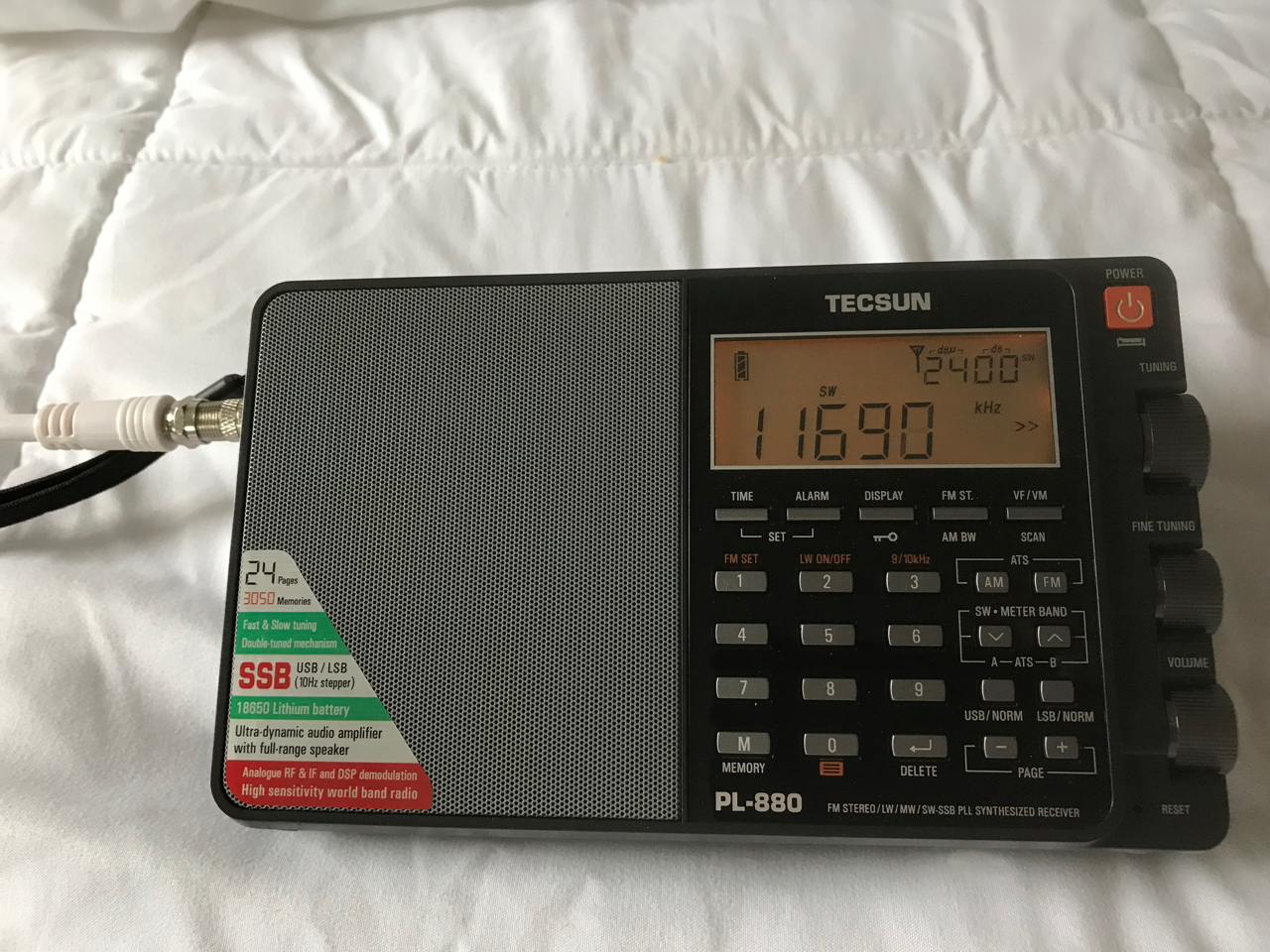 • Single Side Band – Hams talking on amateur radio will use Upper and Lower Sideband.  There are tons of Short Wave radios that DO NOT HAVE SSB capability.

• Line Out –  A dedicated Line Out can be plugged into a Line In on a computer sound card making for easy capture and recording of audio.  Believe me, you’ll hear amazing content that you wish you would record to show your friends and family.  Here’s my PL-880 pumping audio into my MacBook Air using Audacity software. 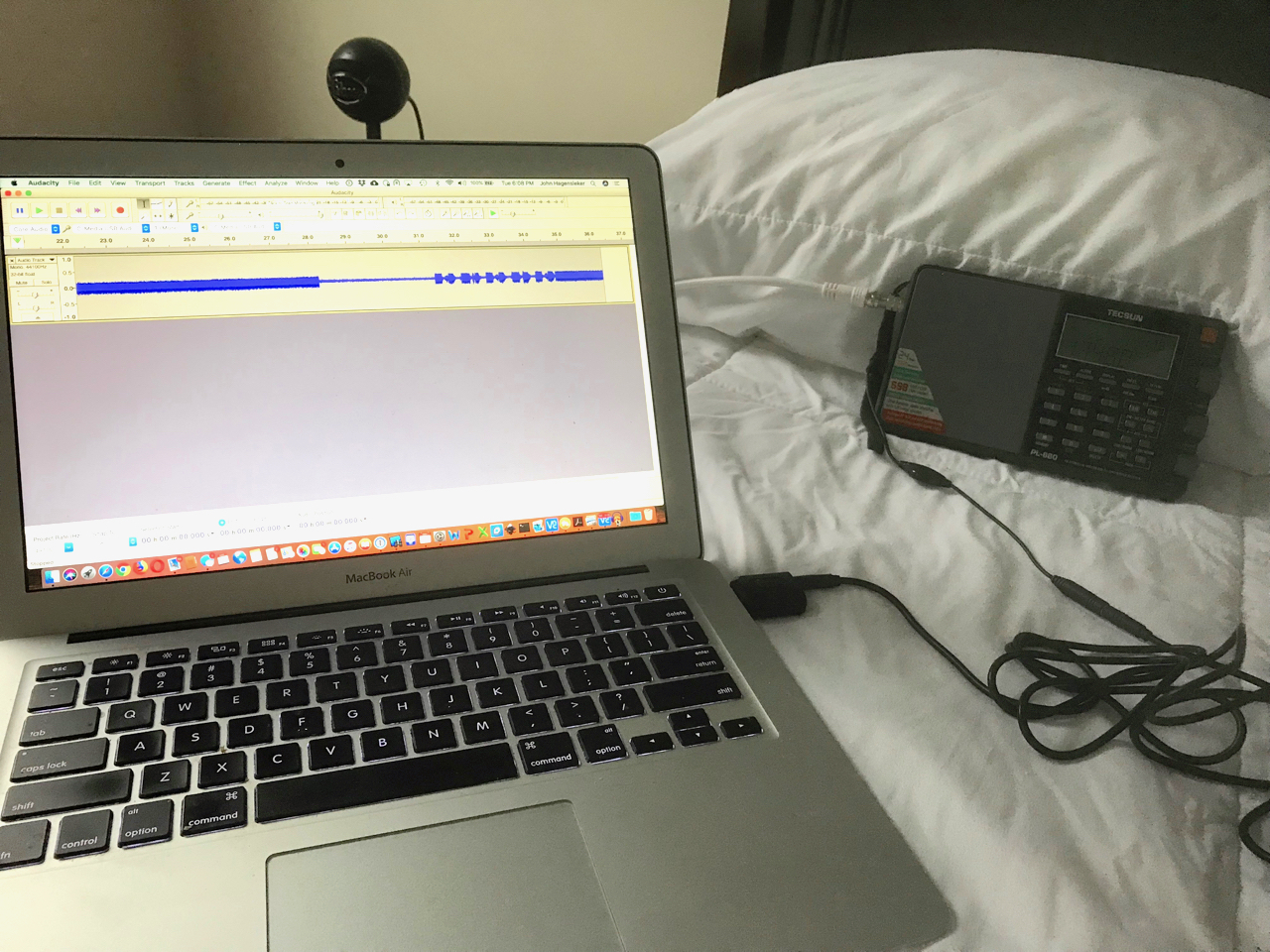 Now there are a million other features, there surely are.  But those are the things that I look for in my Short Wave radios.   Here are the radios I recommend:

• Tecsun PL-660 – $115.  Not as big an ouch, but still  an ouch!  This radio also is “the one” however it lacks a dedicated Line Out.  So no recording directly to computer (unless you use a microphone by the speaker).  Some listeners think the 660 is more sensitive and selective than the 880.  Can’t go wrong with either. 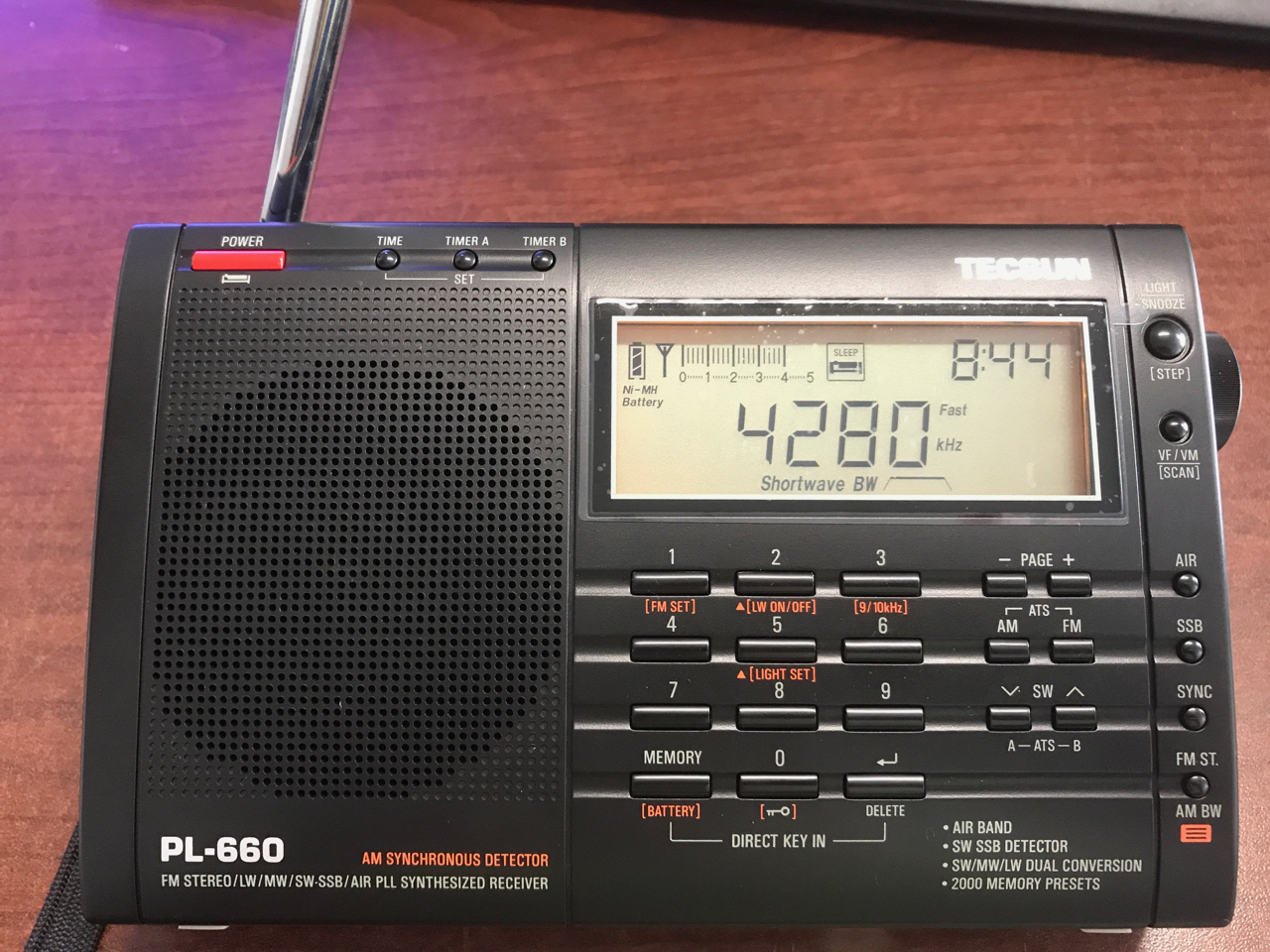 Sangean ATS-909X – I have this one on order.  It checks all the blocks for me.  External antenna connector, SSB, and a dedicated Line Out.  Over $200.  Oucheth!  But this is a fine radio which generally gets rave reviews.  This is clearly the most attractive of the current crop of Short Wave Radios. 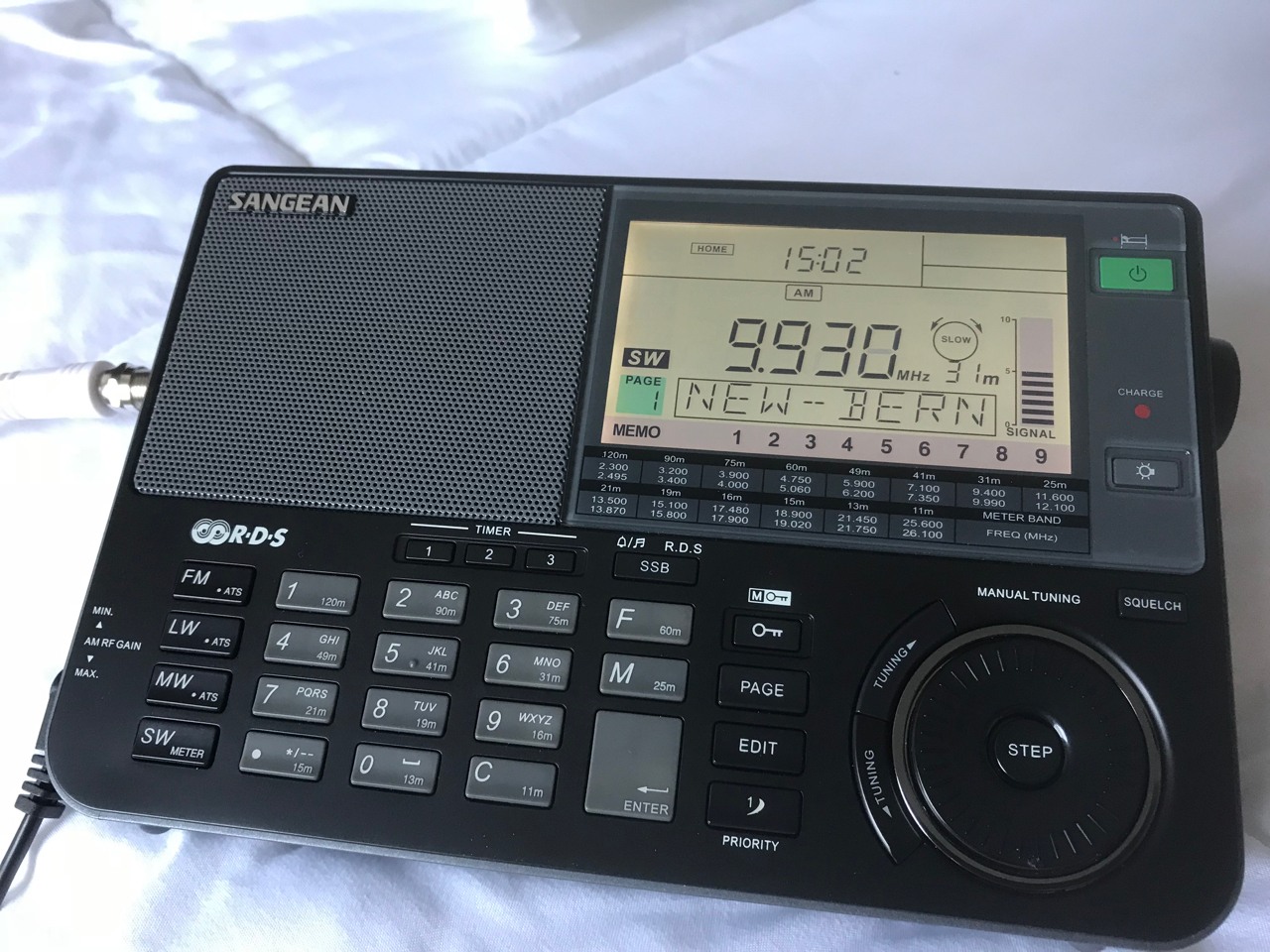 Okay you’re looking for a little less “Ouch”, I know.  However when you go cheap you start losing things like the external antenna connector, SSB, and fuggetaboutit on Line Out.

• Tecsun PL-380 – Yep, I called it.  No SSB, antenna connector, or Line Out.  Comes in about $45 or so. You can clip a wire onto the antenna to increase Short Wave Reception. 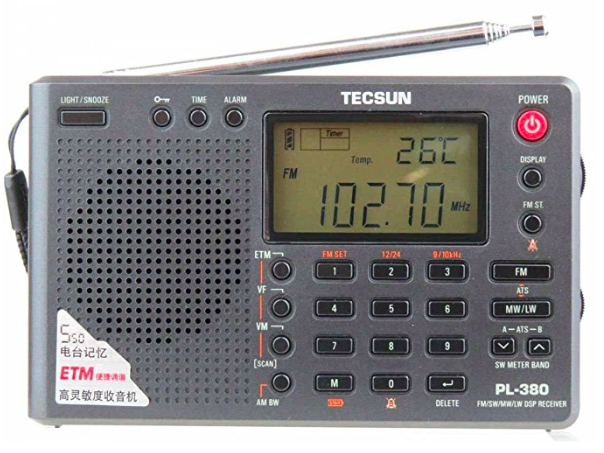 Now if you really want to go dirt cheap and don’t expect much in the way of Short Wave Reception then here’s the way to go:

• TIVDIO V-115 – I swear this was $18 yesterday but now $30.  Should have bought one yesterday. I have no experience with this radio, I just know it is cheap. 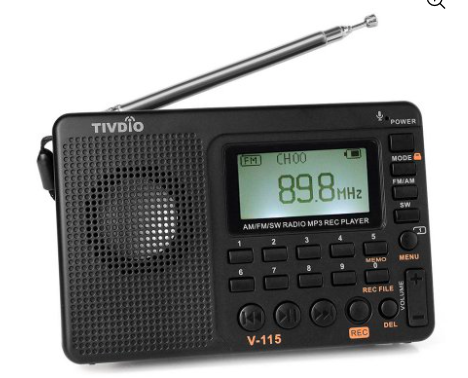 Everyone should have at least ONE Short Wave radio in their bug out kit. You don’t think you’ll ever need it but if you need it you’ll REALLY need it.   If nothing else Short Wave is fun and you never quite know what you’ll stumble across.

3 thoughts on “A Blog on Short Wave Radio”