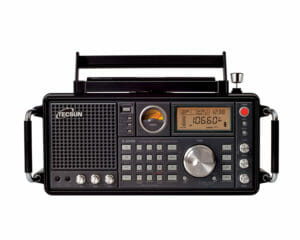 Got my new Tecsun S2000 in the mail today and we’re going to lay out our first impressions.  Probably won’t find one of these guys on Amazon and I picked mine up from eBay but it really came from anon-co.

It’s just a little bit scary to order stuff from eBay that you know comes from Hong Kong however after doing the requisite research the consensus in the Ham community was this:

“You should not hesitate for one second to order from anon-co”.

So I ordered one.  Almost immediately I began getting emails from them telling me exactly what to expect, how they were shipping (Fed Ex) and then cordially reminded me to ensure my phone number was up to date so Fed Ex could communicate delivery instructions to me and all other manner of useful information.  These are clearly people who gave a darn I bought something from them and helped me to make it as smooth as possible.  The emails i got clearly were NOT form mails either.  It was a pleasure to do business with people like that.

Even though the radio came from Hong Kong it showed in just 3 or 4 days.  Also I’m told by the masses in the Ham community that if something goes wrong that anon-co is awesome at fixing problems.  All good news.

So here are my first impressions.

The radio is a little smaller than I thought however that matters not to me.  Just from pics I imagined something larger.  I assure you that is just me.

The next thing I noticed was that this thing really appeals to the man in you. 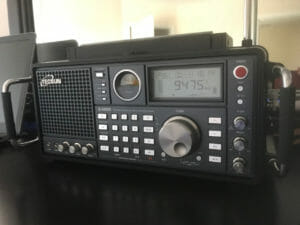 This is kind of what radios looked like when I was a kid.  Big old tuning knob, military type appearance with rack handles and a VU looking signal meter.

Wow, this thing really pegs the nostalgia meter.  What’s not to like? 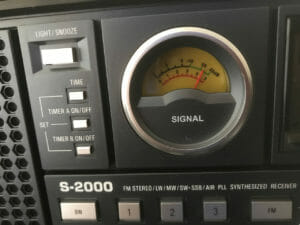 It is a very likable radio, that’s for sure.   One of the first things I like to do with a new radio is see if I can figure it out WITHOUT the manual.  Some radios are crazy with some settings.  “Point the radio to the east at sunset and push the 9 button 16 times to activate slow tuning”.  Yeah, okay, I made that up but all of you reading this know exactly what I’m talking about regarding intuitiveness.

For the most part, it was no trouble to figure out things and nothing that made me scratch my head was noteworthy enough to capture here in this blog.

However, again, I have a hole punched in my wall and run one antenna cable into the bedroom with an F connector (like cable TV) faceplate.  So I don’t really want to strip down a cable that I use for other radios sometimes so the thing to do is to get a BNC adapter like this.  Although Amazon has them I ran up to a local Radio and TV repair shop where the guy is a Ham and an SWL’er and picked one up from him. 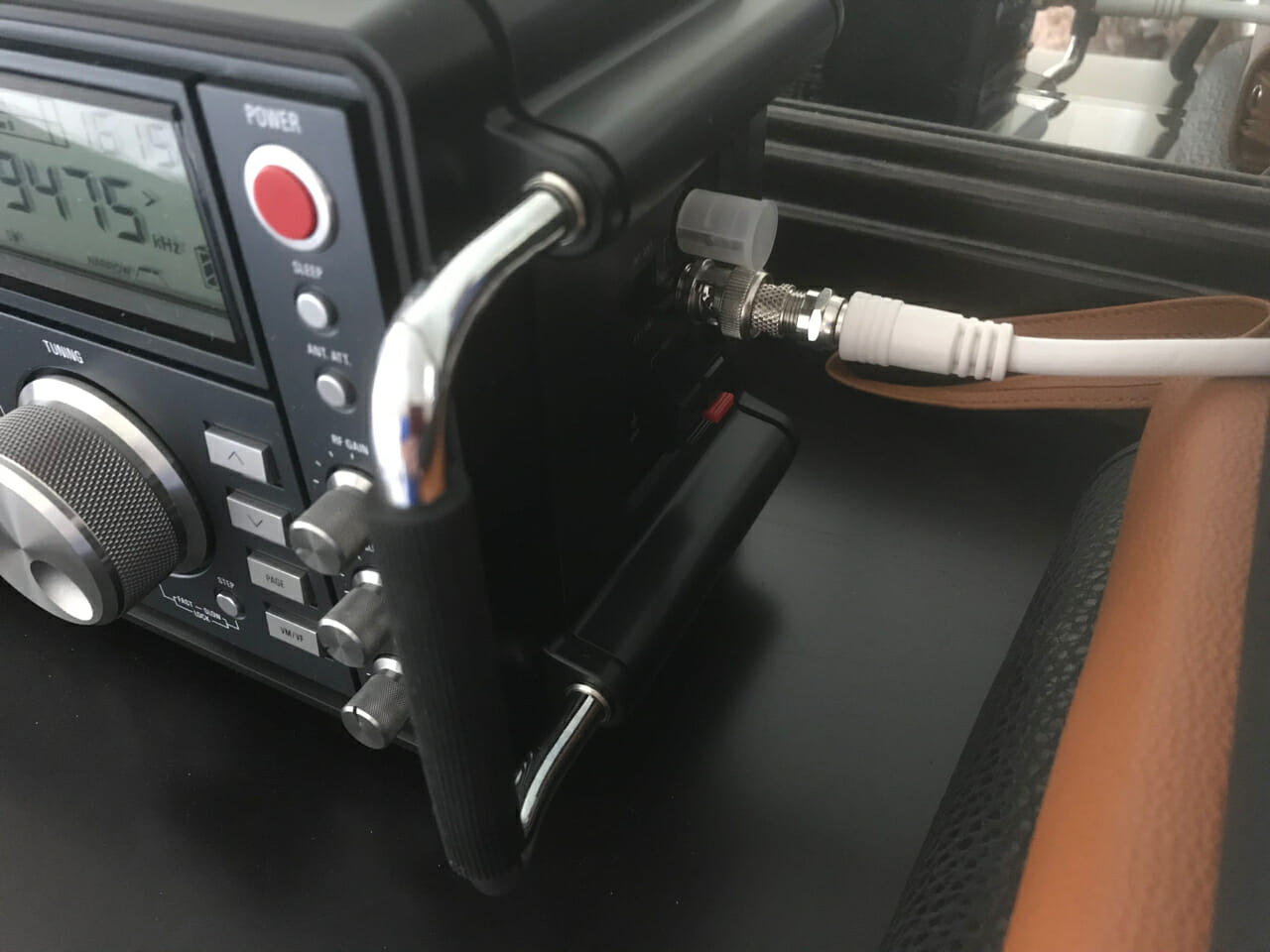 So I’m good now.  Hooked to my di-pole now.  It’s the middle of the day here and I tuned to some stuff on the 19 meter band that I can get all day everyday with virtually any radio I have.  Sure enough SW reception is working.  I’ll have to amend this “First Impressions” report later once I’ve had a chance to listen to some SW and MW at night.   I can say FM works great.  I have flipped all the switches, and pushed all the buttons, and spun all the knobs and everything appears to be doing what it is supposed to be doing.

There is one thing I noticed and that is when I do a scan when the scan stops on a channel there is a delay before the sound comes up.  Not a horrible delay, but feels a little longer than it should since it, you know, locked onto the channel.  It goes from real low volume to normal volume.  Just seems like the volume should come up quicker after the channel locks in.  Look and listen at the delay when it locks into 9565.  It goes silent at 1 second into the video and no voice pops out until 3 seconds in.  2 second delay.  Is it the end of the world?  No.  Just an observation.  Fortunately, I’m the patient type.

At this point I can say dealing with anon-co was AWESOME, the radio showed up and is working properly (best I can tell) and I love the form factor and nostalgic looks of the Tecsun S2000.  I’ll put some comparative stuff up later when I’ve had a chance to so some DX-ing.

NOTE:  I sent anon-co an email to let them know I got the radio and “Thanks”.  So this morning I check my email and she replied and told me that the radio was set to 9kHz steps and told me how to change to 10 kHz steps.  What is funny about this is that I had just woke up and had tested the MW and was slightly unimpressed.  I switched over to 10 kHz steps and MW performance is pretty great now.  Yeah, I’d have eventually figured it out as I only had an hour or two of use with the radio previously but this just demonstrates the good customer service of anon-co.   I don’t mind that the radio is defaulted to 9kHz as that is what is used on the side of the world that it came from.  Makes sense the default would be set to that.  I’m happy.

As the owner of MANY short wave radios I can state this:  “I’m glad I bought it”.  And it caused me to clean off my dresser and set up a little DX display with a couple of laptops that are SDR devices.

Finally, one of my very favorite features on a Short Wave Radio (or any radio for that matter) is a dedicated Line Out.  This allows you to capture audio directly to a recording device, or in my case a computer using Audacity software.  Below is a quick demonstration of how it is done.

And this gives you a better look at the software settings for doing Line Out recording.