With the exception of just a long hunk of wire (which can be darned effective for SW and MW listening) a dipole antenna can be made on the cheap for some great SW listening.   Probably the hardest part of making the antenna is deciding how long to cut the wires.  Just google up “Dipole Calculator” and type in the approximate frequency you want to receive.   In my case I decided I wanted one tuned to about 9 MHz.

I used this site, typed 9 in the frequency block and it told me the overall length was 52 feet and each hunk of wire is 26 feet long.  In this installation I used 12 ga. copper wire that I had laying around. 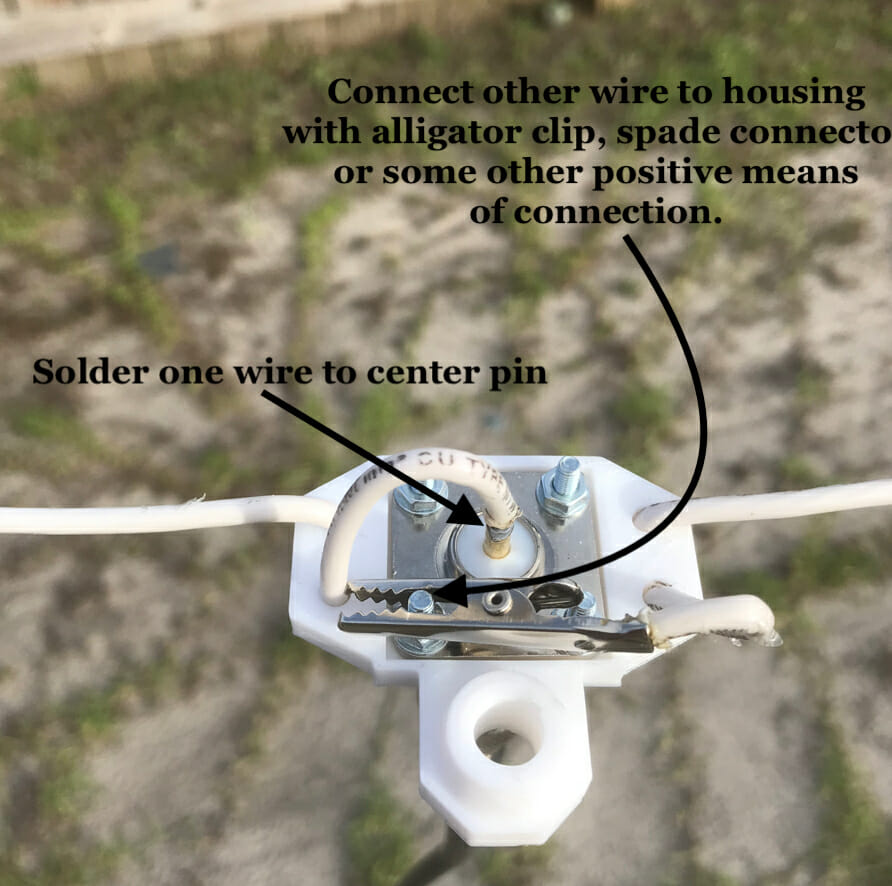 The 3D printed holder I used was obtained from here. The open hole on the end (at the bottom of the photo) is used for placing on a pole to keep the center section from sagging down.  I have not installed any kind of pole or brace here yet. 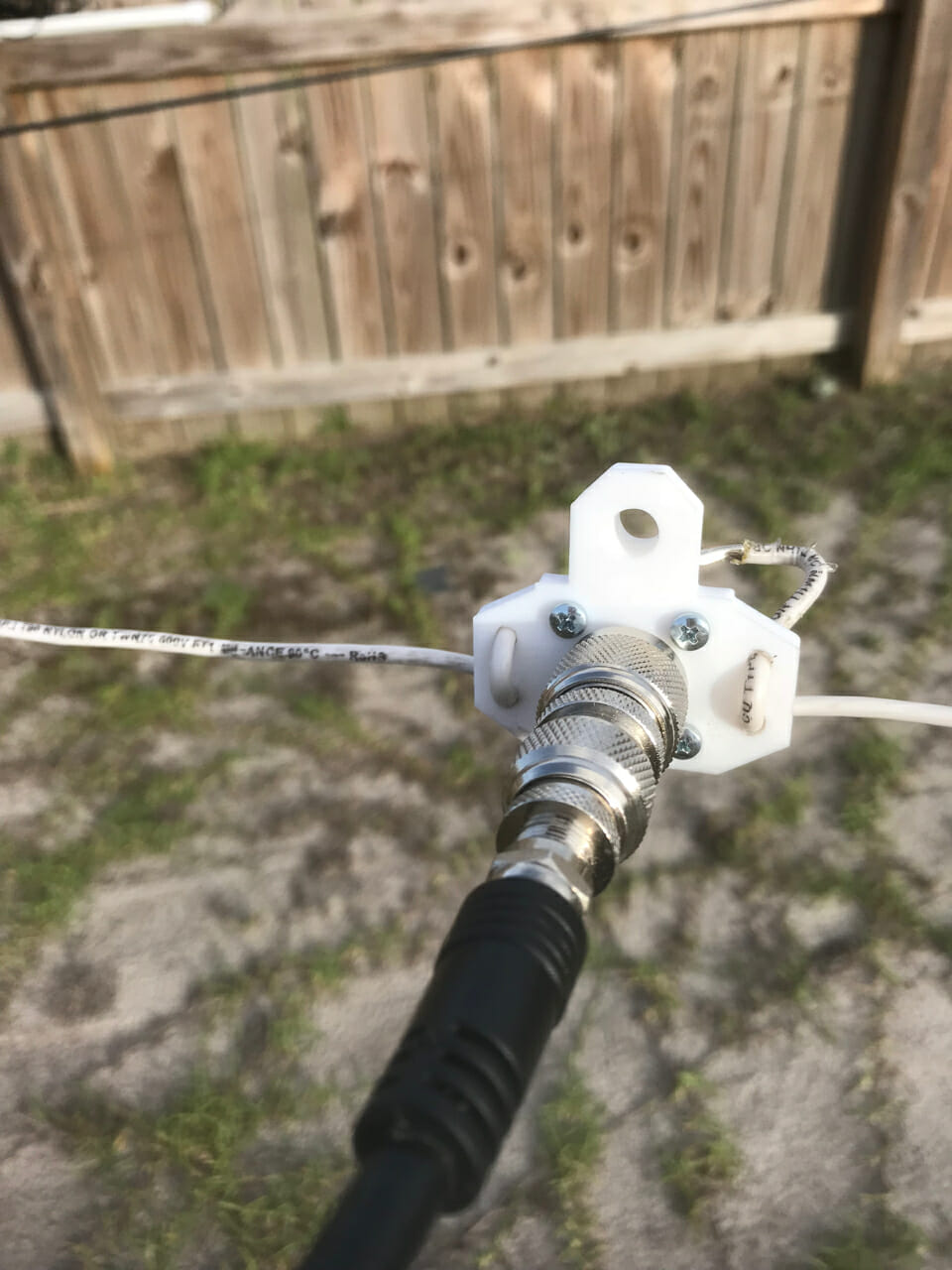 And in the pic above you can see my N to SO-239 adapter.  Then just stretch it out and hook it to your radio.  Yep, not very weatherproof but I kind of view this antenna as something that won’t be installed permanently but rather something in the storage box in the camper for SW listening while out in the woods.   And lets be honest, I have about $5 wrapped up in this.  Who cares if it rusts to pieces.  I’ll make more. 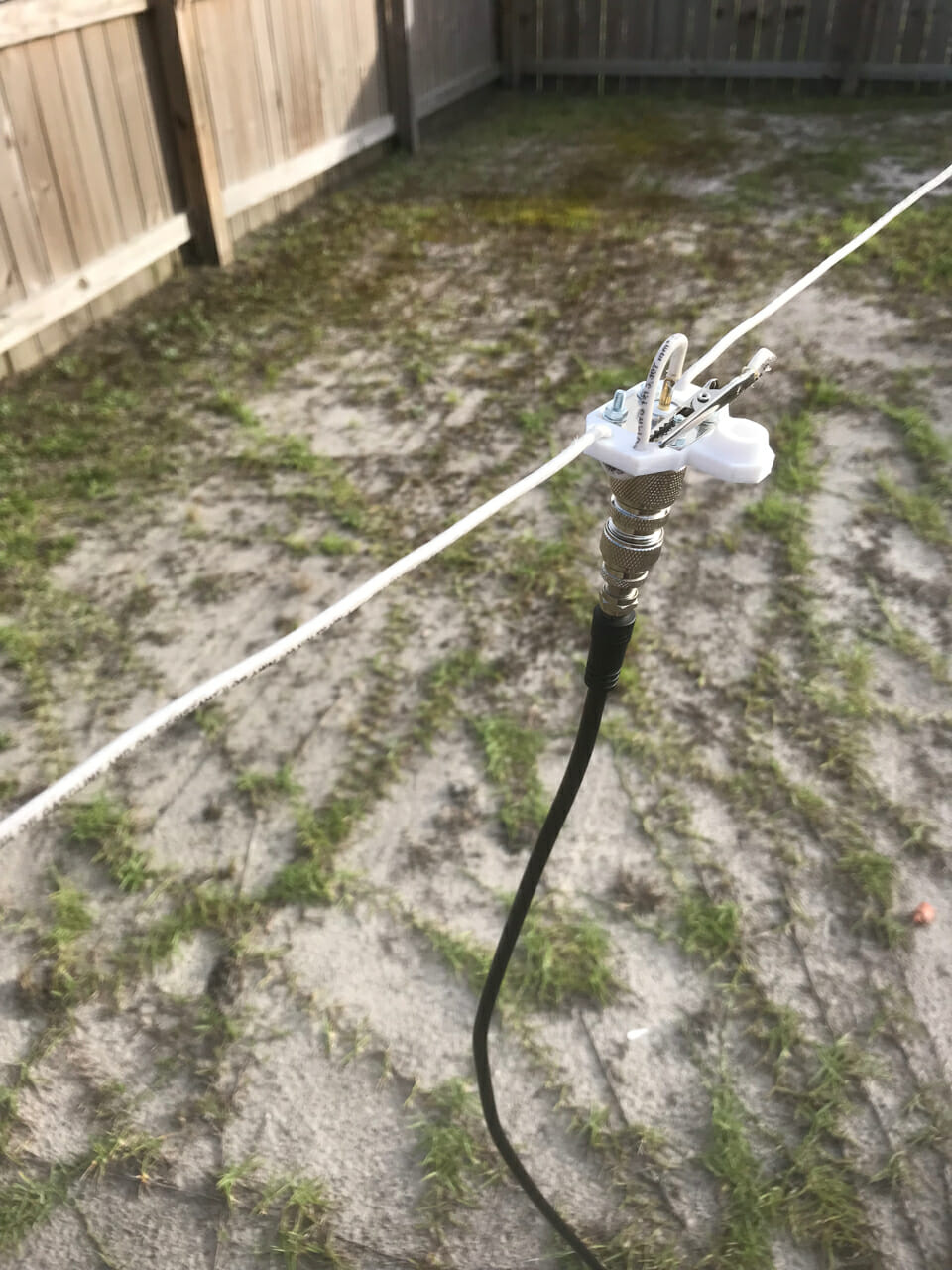 Here’s an action video of the effectiveness of the antenna.  Although it is tuned to 9 MHz you’ll find you get good reception on a considerable spread of frequencies.  And the higher the frequency, the shorter the wire.  Cut it.  Play around.

Lastly if you have an SDR you can hook it up to your newly made antenna and view the approximate frequency in a program like SDR# (SDR Sharp) or GQRX to get a good idea if your antenna is yanking in the signals.   Woo Hoo!  Mine seems to be. 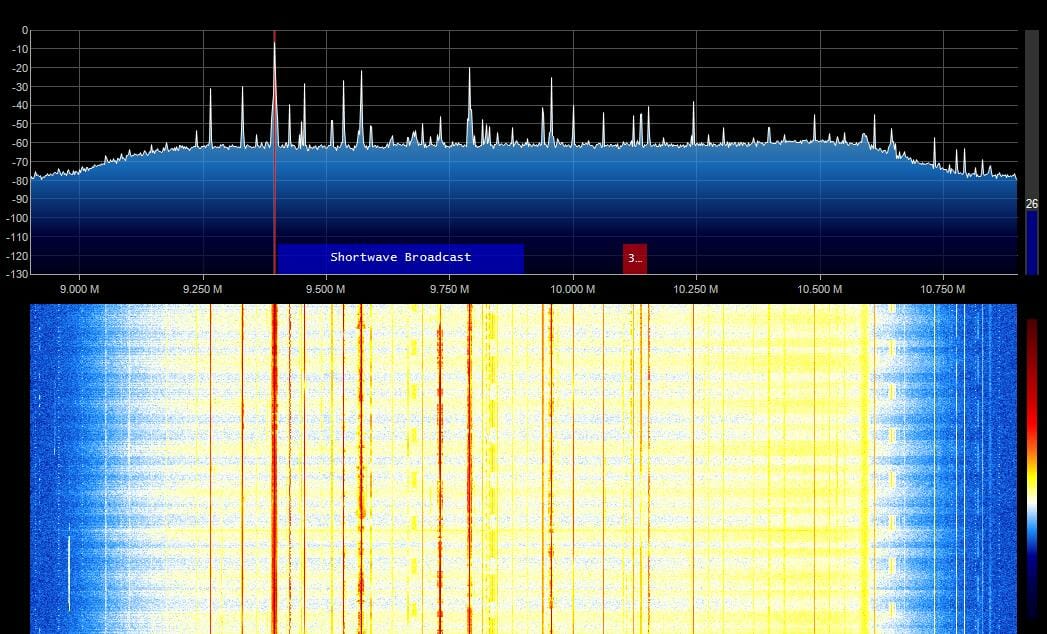