It was the best of decoders, it was the worst of decoders……… As you can tell I’m quite the literate bastard and highly up to speed on my Dickens.

I love digital signal decoding as it is almost something that you seemingly aren’t supposed to do, hence the attraction of it all.   There are several hunks of software that can decode digital signals and each one has it’s strength and weaknesses.  The ones I have dabbled around with are:

There are certainly others, not to mention maybe the most powerful one (but by far the one that requires the most geek foo) is GNURadio.

So as the title of this blog implies this is kind of a MINI shootout between DSDPlus and OP25.  It literally took me multiple sessions over the course of a year to get OP25 going and then one day the light bulb just went on.  It took me 4 days of almost continuous hacking to get DSDPlus working correctly.   So let me outline the both of them a bit.

And let me state for the record, how you’d pick or choose one would depend on what OS you use, or what systems you were trying to decode.   I live in New Bern NC and there are only a few systems and only two that I care to track.  Both are P25 Phase 1 systems.

Lets talk about user interface now.  DSD is PRETTY with all manner of open windows and lots of pretty stuff to look at. Lots of activity.  Very geeky.  This will amaze and confuse your friends. 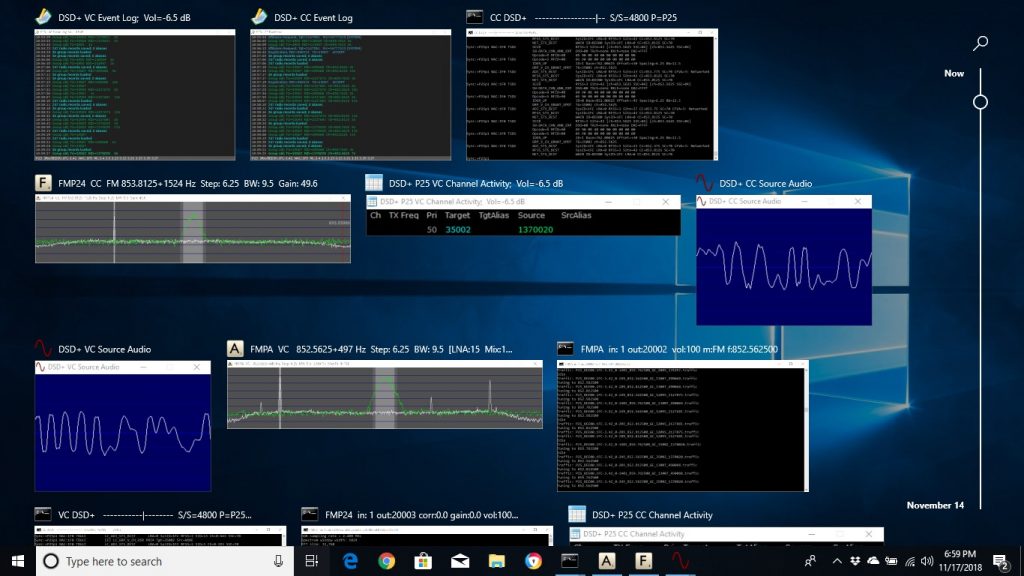 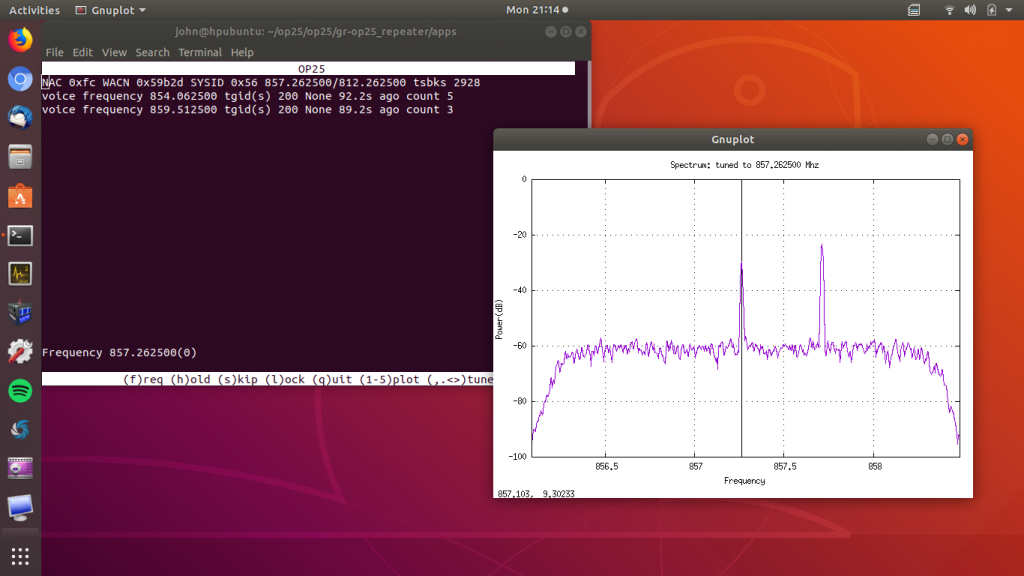 So in my opinion OP25 is by far the best decoder and it uses WAY LESS hardware then DSDPlus.  With OP25 I can track two trunked systems in New Bern NC with one generic RTL-SDR radio that costs about $25 to $30 (NooElec Nano 3).

With DSDPlus it would double that cost to just track 1 system and triple the cost to track 2 systems.  Having said that I own about 10 or 15 RTL-SDR devices, no it’s not really that big of a deal for me.

Also I am by and large a Linux and Mac guy.  I do own a Windows Laptop but that is mostly because I dabble in a lot of RTL, and Ham Radio stuff and some things are just Windows only.  That’s just the way it is.

So anyway, just because you CAN do something doesn’t mean you SHOULD do something and that’s kind of how I feel about DSDPlus FOR FOLLOWING Trunked Radio systems. Other then that it is bad assed for following DMR, NXDN, and just digital signals in general.

My nod for decoder goes to OP25 all day, every day, and twice on Sunday.