Do you love Swiss Army Knives?  I love Swiss Army Knives.  I’ve been carrying multi-tools for years.  I’m kind of a fan of the Medium sized knives however they tend to run upwards of $30 or   so and some of them way more than that.  Even though they are worth every penny there is a way so essentially get a “new” knife for just less than $20, even cheaper if you can find an inexpensive source for “Scales”.

Scales are the plastic colored outer housing pieces on your Swiss Army Knife.  They are pretty easily changed as well.

I have kind of figured out that the going rate for an “old” Swiss Army Knife (91mm), unless it is something collectible is about $5.  Go to the antique store.  $5.  All manner of eBay auctions can be won for $5

If you pay much more than $5, you’re doing it wrong.   And that $5 will get you a lot if you are careful.  I just picked up these two knives for $9 for both. 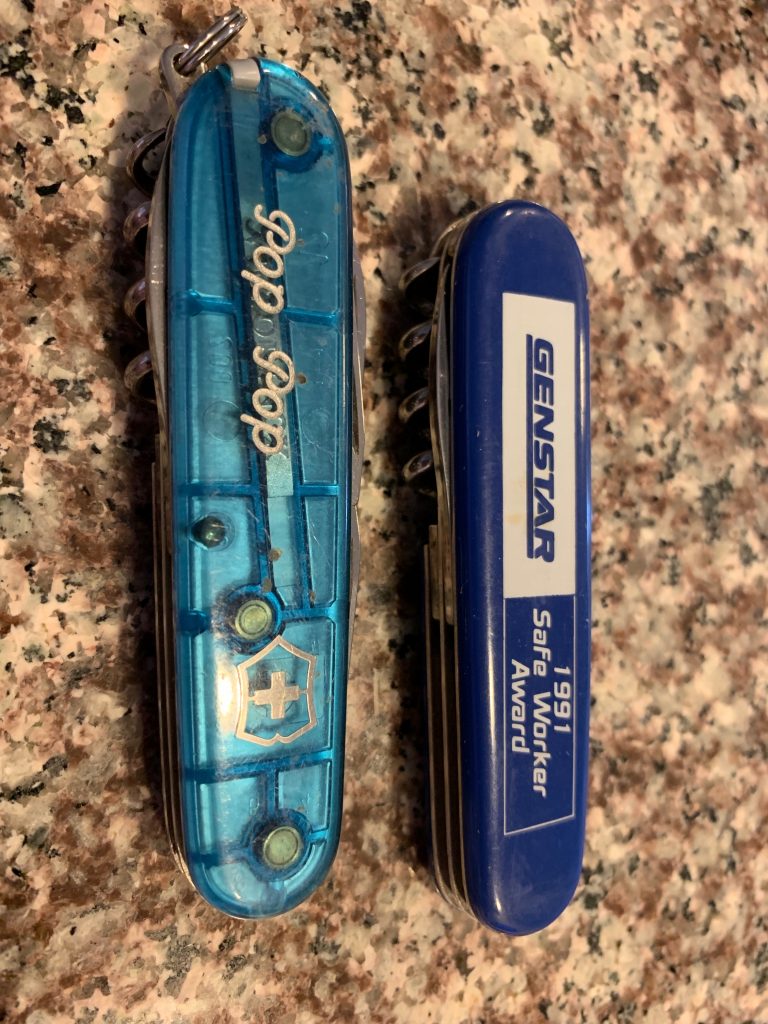 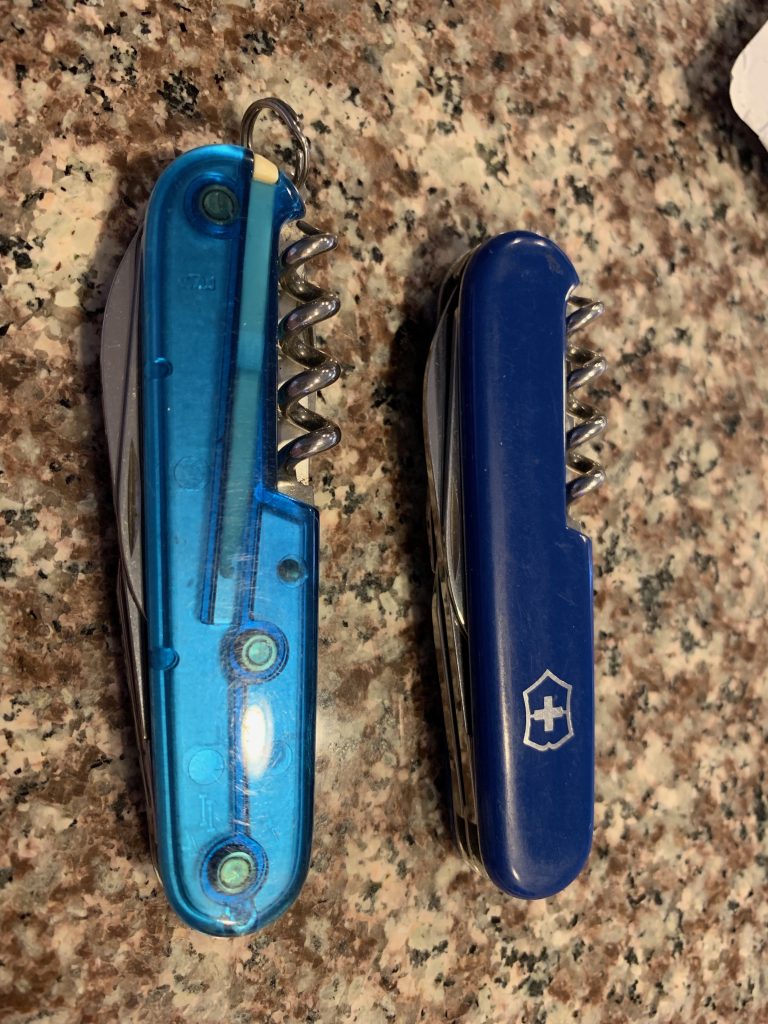 There are many, many Swiss Army knives out there that were in Dads pocket and he never did more than open the evening mail with them.  No heavy lifting.  I recommend that before you spend your $5 to pay attention to the following items: 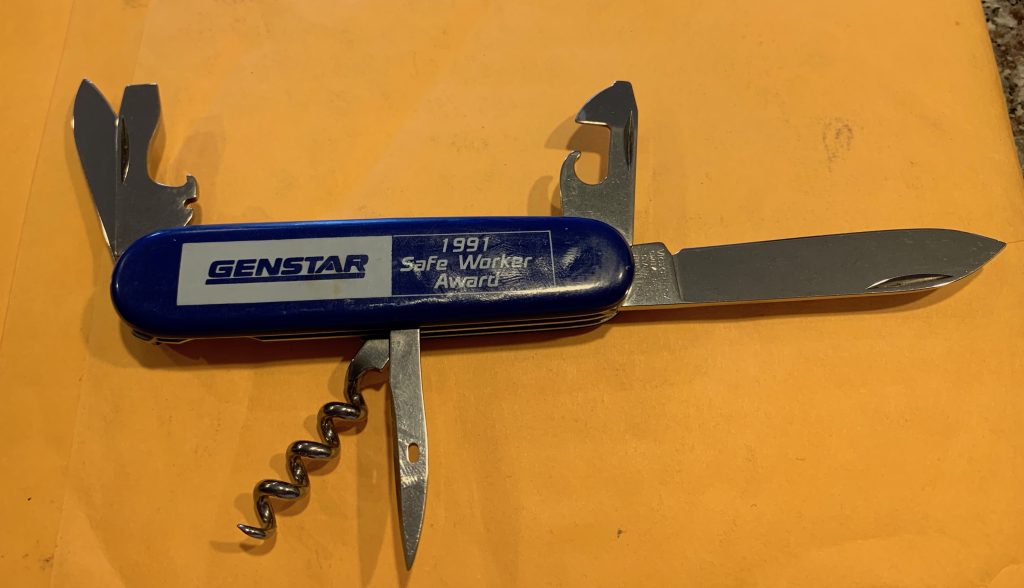 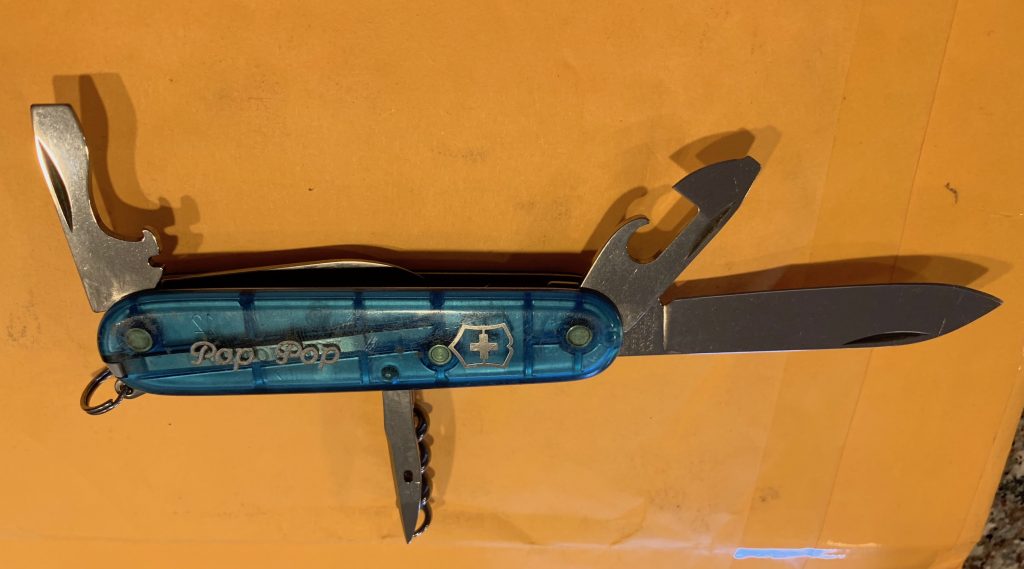 Lets make it better.  I bought 2 sets of red scales which also came with a new toothpick and tweezers for $14 each.  That may be a little pricey but I wanted GENUINE Victorinox stuff.  I think the stuff I bought is OEM stuff, but who knows? 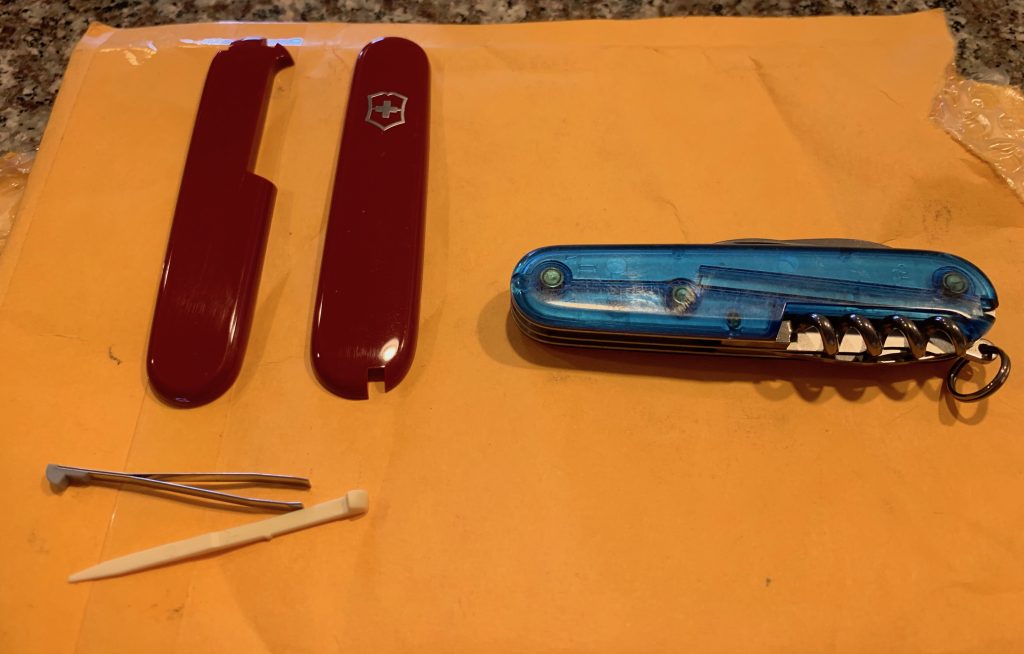 Now we need to remove the old scales.  Simply remove the tweezers and toothpick and stick a mini screwdriver under the scale and carefully lift it off.  It’ll pop right off and is NOT glued on.  It is only a press fit and in fact you can see the 3 rivets through the clear scale it is pressed on to in the picture below. 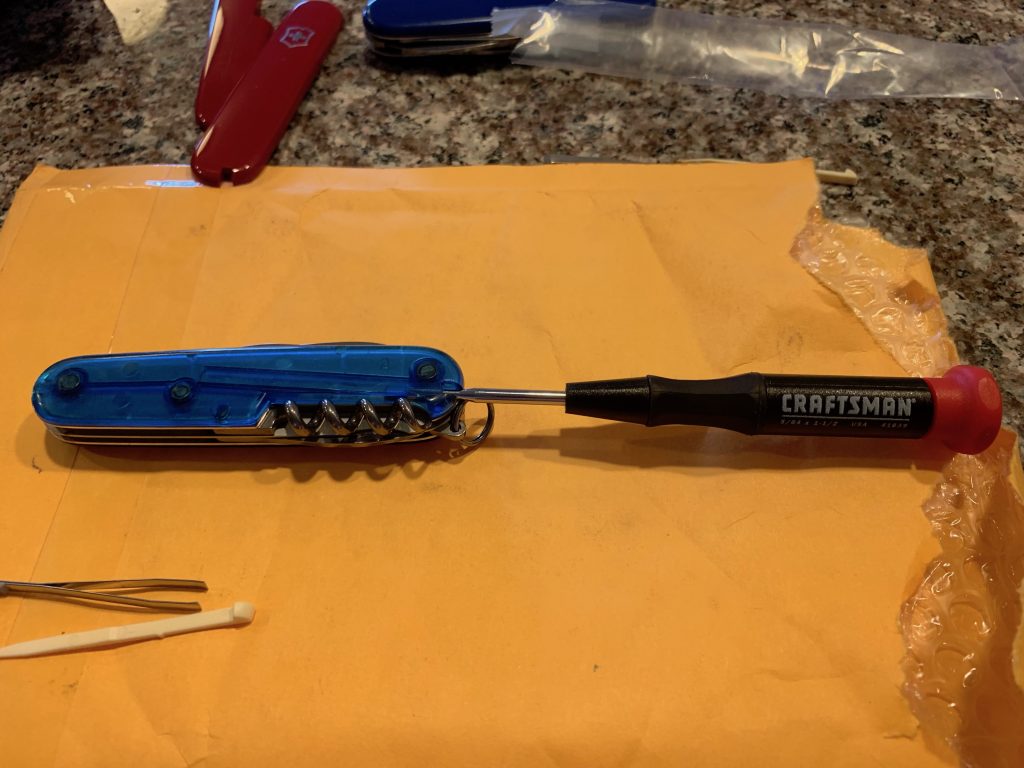 And this is what your fancy Swiss Army Knife looks like naked. 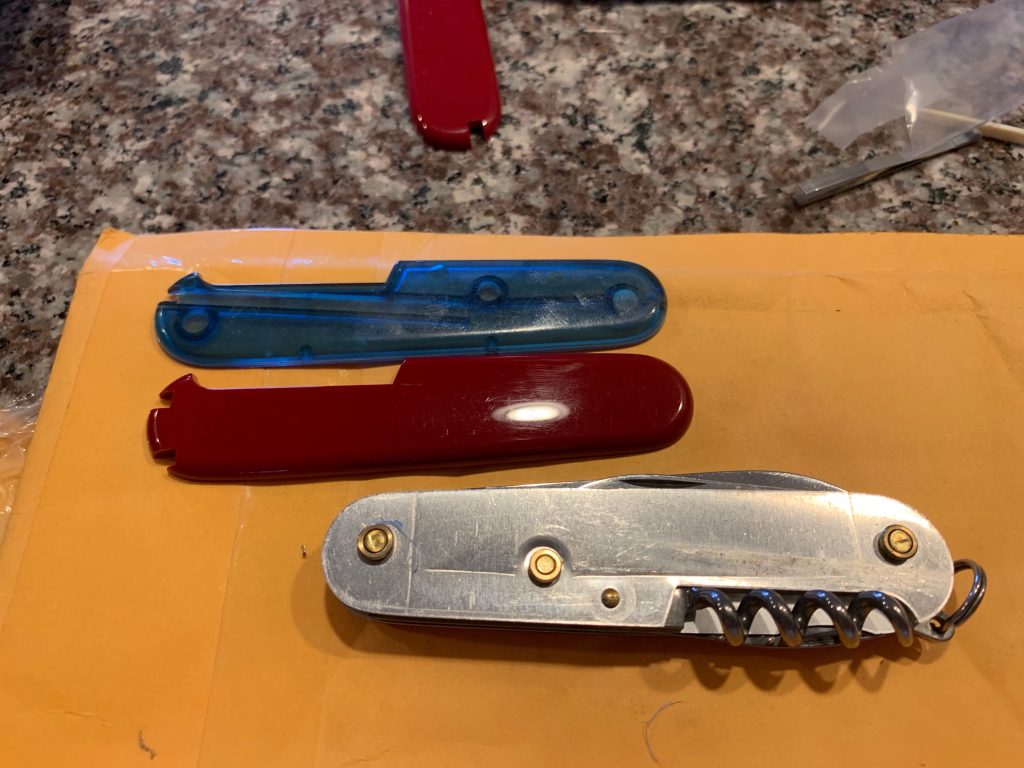 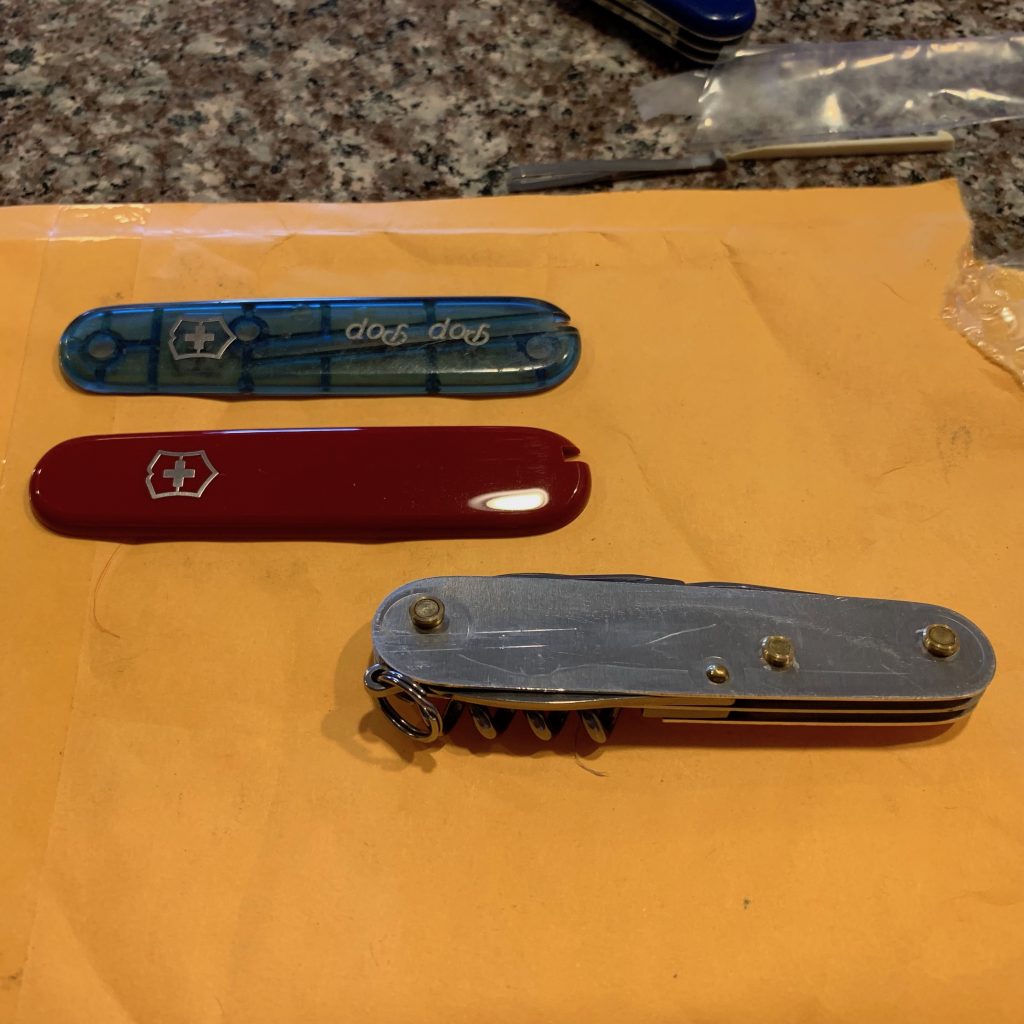 Once the scales are off clean the knife good. I used a toothbrush with isopropyl alcohol and wiped clean with a soft microfiber cloth. Be sure to put a drop of oil on the moving parts before you replace the scales.

Now all that remains is to press the new scales into place and replace the tweezers and toothpick.  Alas, this kit did not come with a pen.  The funny looking stuff on the right side of the right hand knives are just bad lighting. The scales were darn near perfect. 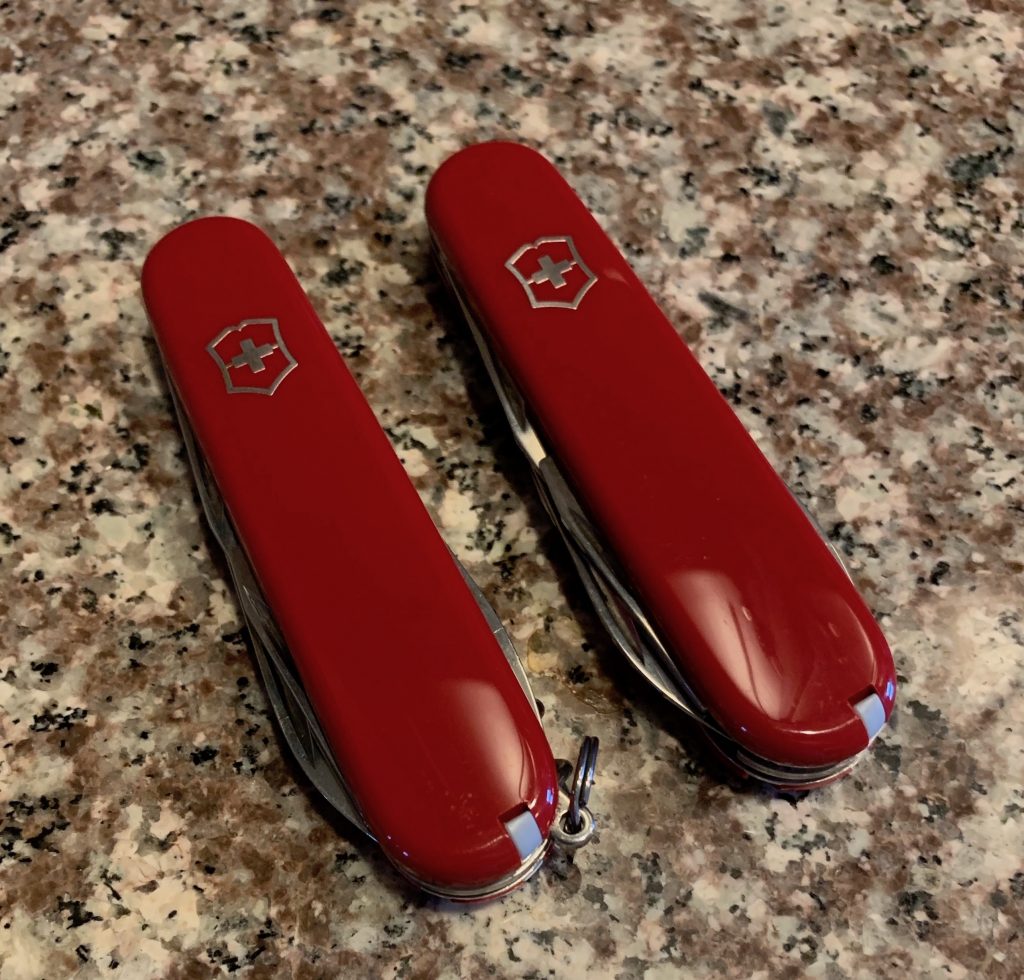 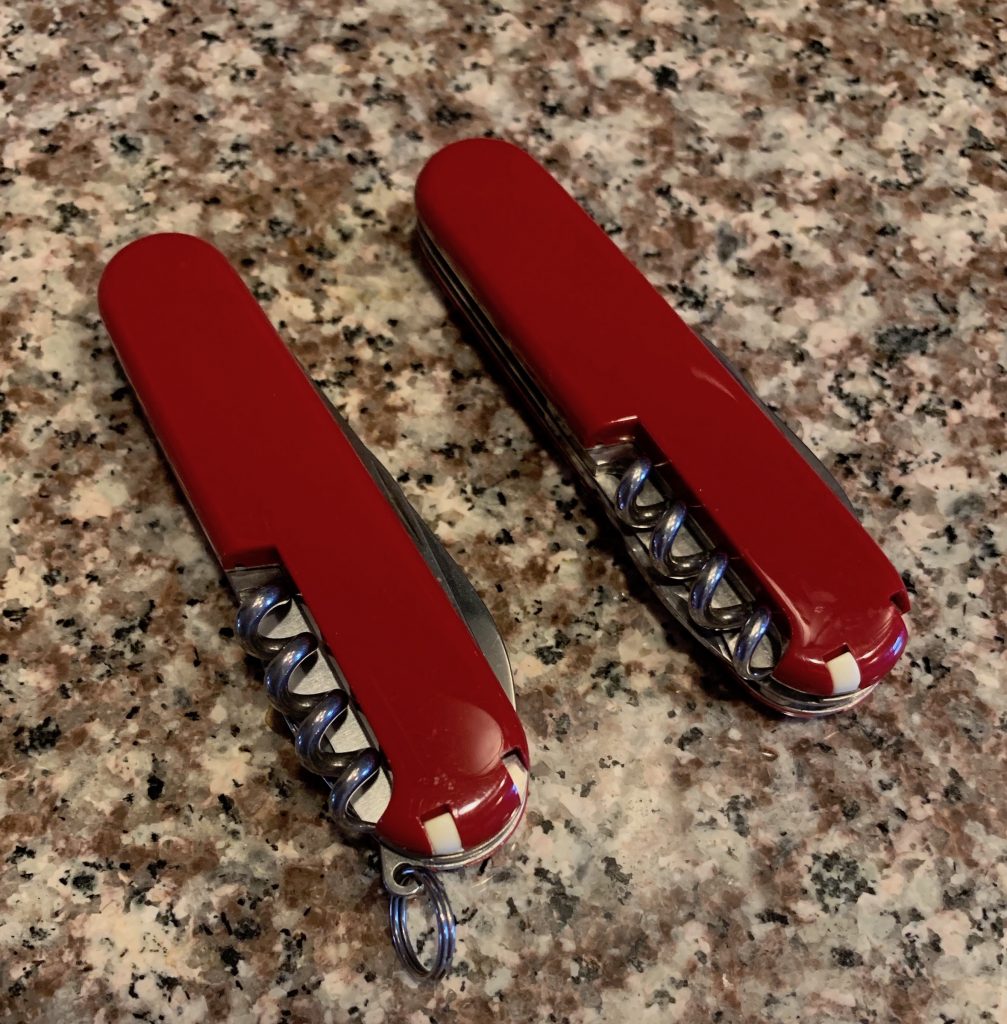 And next, all opened up. 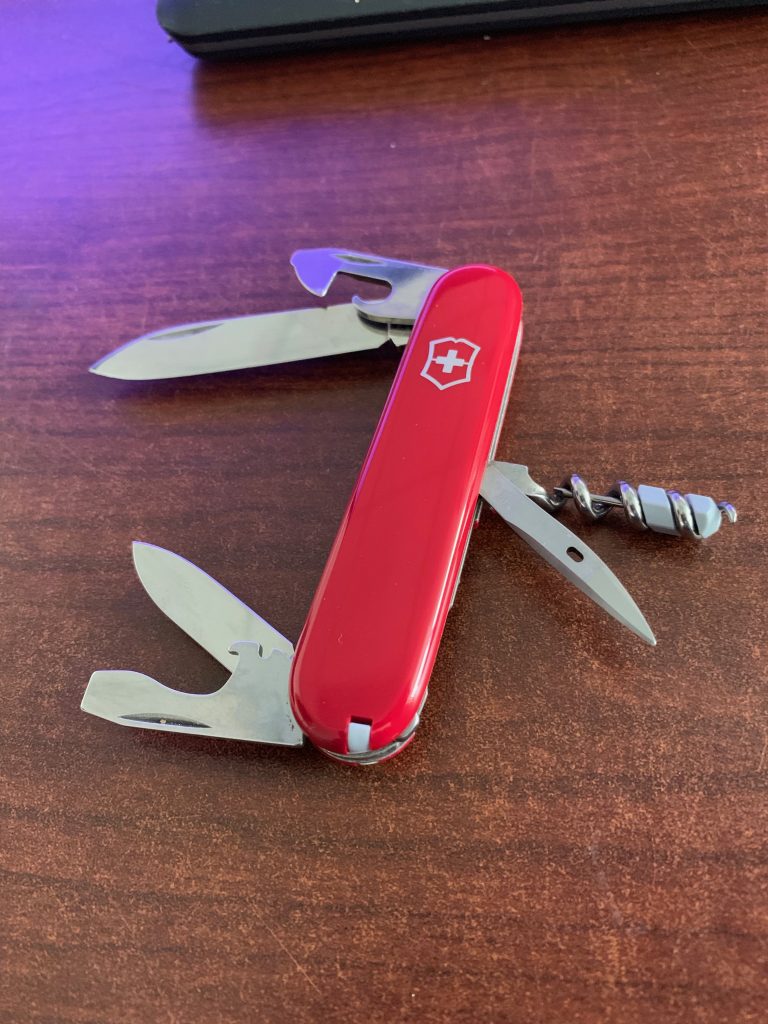 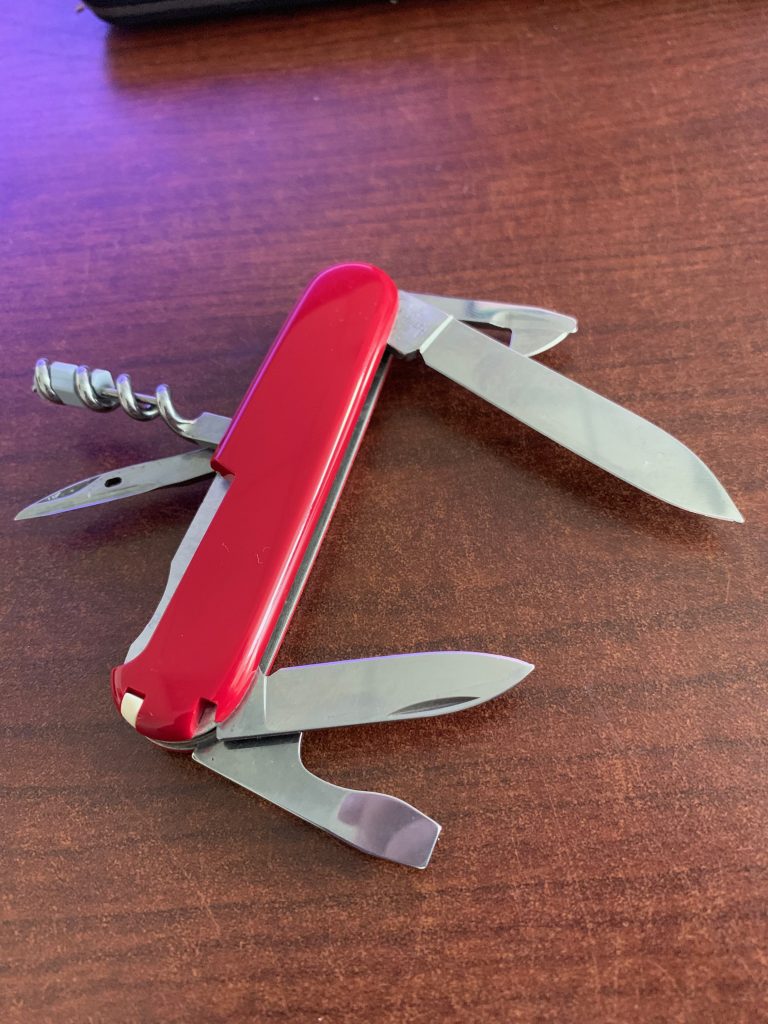 Pretty nice for just a small handful of dollars, huh?

And there you have it. Two brand new looking 91mm Swiss Army Knives for less than $20. Again, cheaper if you can find more inexpensive scales.