I was using a Sonoff 4 Channel Pro relay in my “Smart Garage Door” project however it was big time overkill.  I only need one relay to pull this off.   In addition to this I was using a NodeMCU ESP8266 to act separately as the garage door sensor.   So in essence I had:

Much, much more compact.  In addition to using the Sonoff SV to open and close the door I used the GPIO 14 pin on the board to add the door sensor to the Sonoff SV.

First and foremost I have flashed the Sonoff SV with Tasmota and configured it as follows: 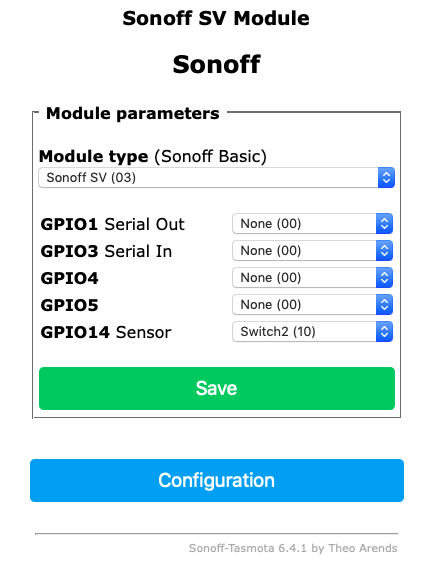 Now set it aside and unplug the board and lets get the hardware ready. 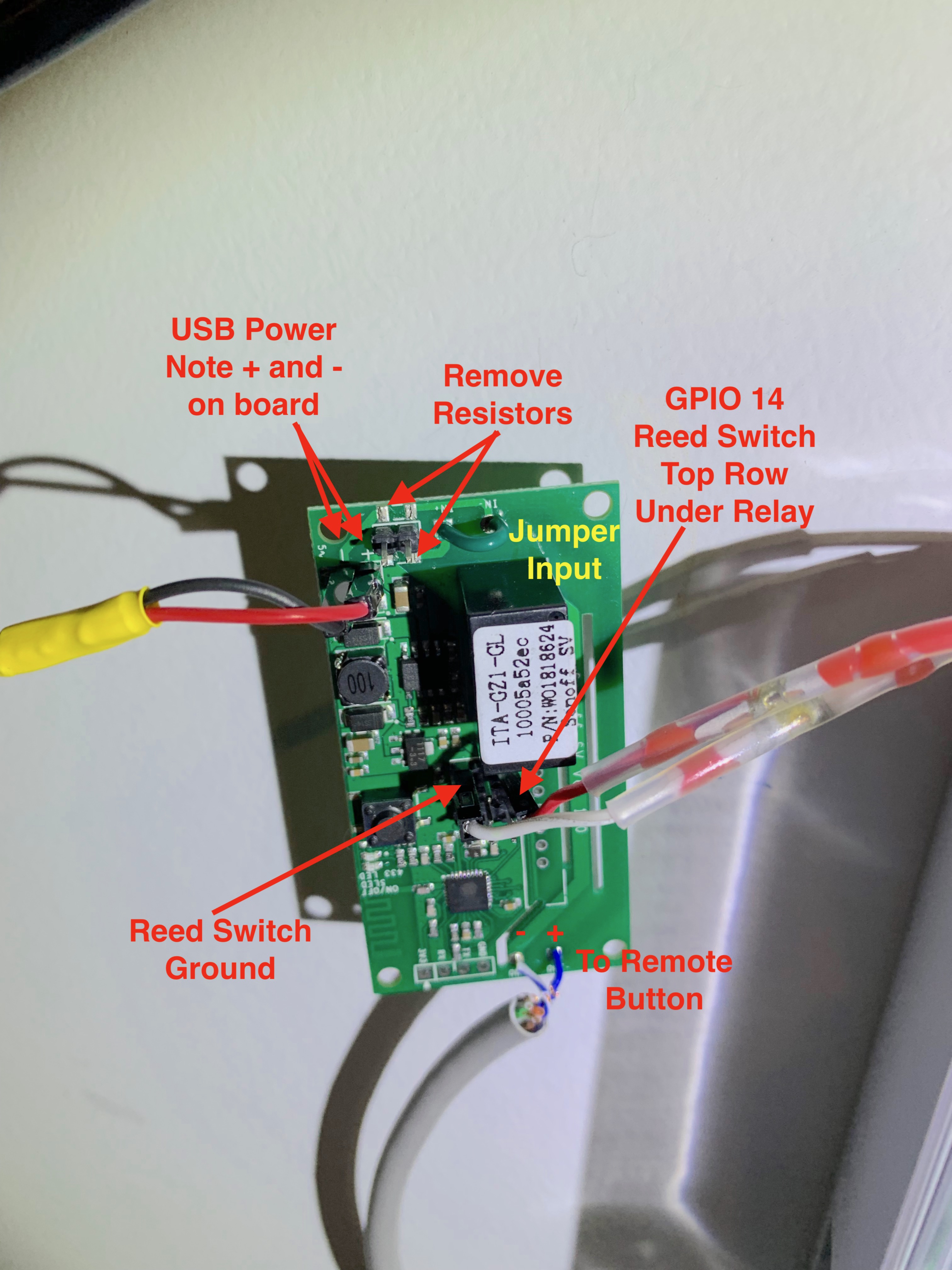 Here is a depiction of all your relevant hook ups: 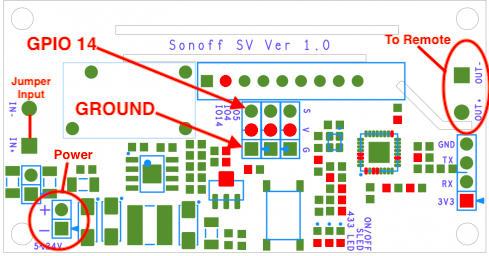 That’s it.  Now lets configure HomeAssistant. This is the switch for the door.
NOTE: I renamed my sonoff MQTT name to “sonoffgarage”. If you don’t change this yours will just be “sonoff” in the MQTT commands below.

Now here is the garage door binary sensor for the reed switch.

NOTE:  The door sensor (reed switch) is now “POWER2”.  Also note that again yours could be named “sonoff” and mine is named “sonoffgarage”.  If you have Eagle Eyes you might note that my payload_on is off.  The door would show open when it was closed, and vice versa.  You can issue a command in the Sonoff SV Console to change this however this was just the simplest way as far as I was concerned.  No right or wrong way IF IT WORKS.

I made an automation to send me a notification to my phone when the door is opened.

Now for safety’s sake I set an automation to automatically close the door if it is open for 20 minutes.  At least if it accidentally goes up, it will come back down.

Lastly I set a customization for the garage door. This makes it change color and stuff.

Bad Assed. The only way to describe it.  I printed a 3D case for the SV from here.  Here’s what it looks like installed. 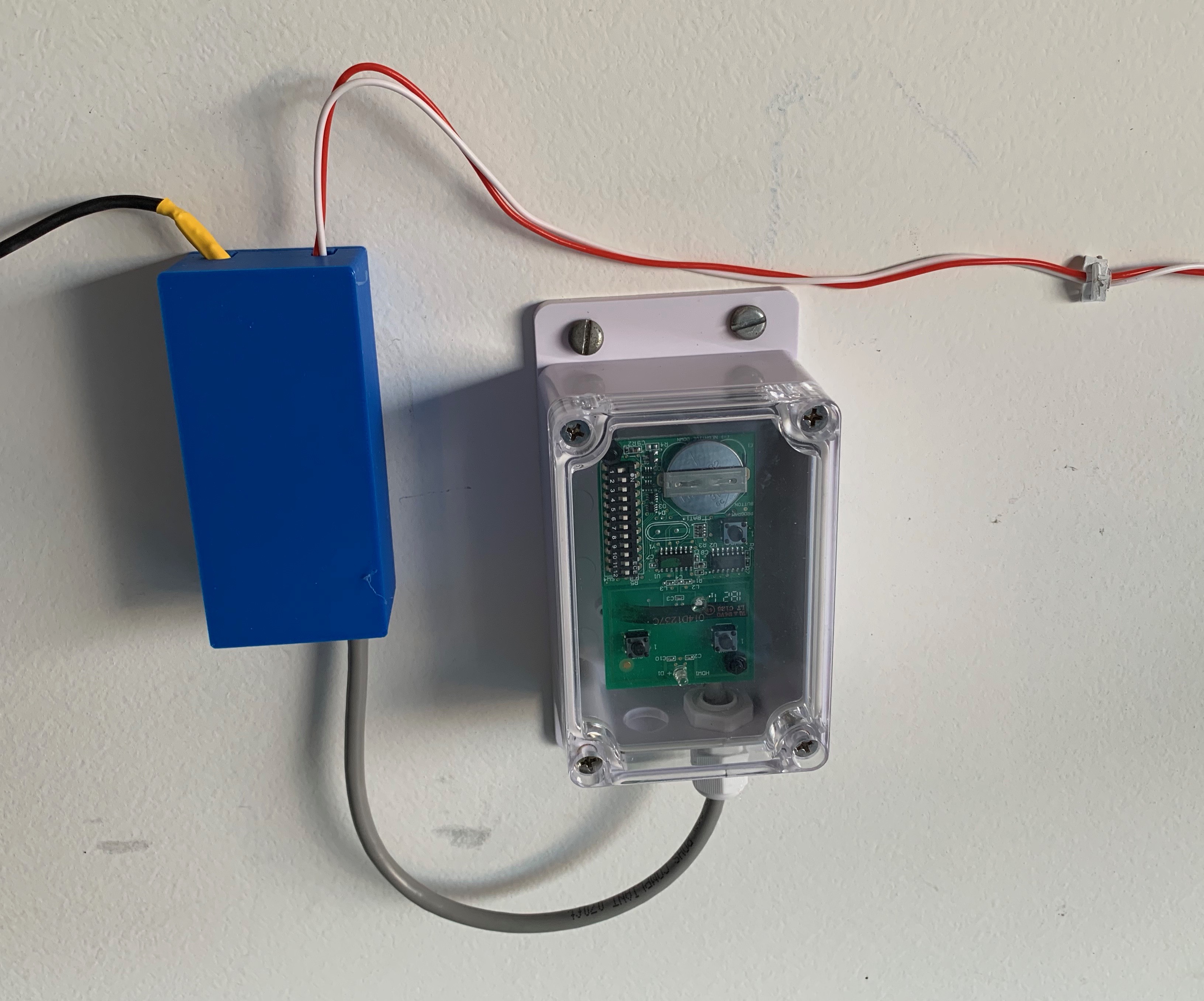