Here on my Tech Blog I really long to be on the cutting edge…..I like to discuss new technology, and how to exploit that technology.

But let’s make no doubt about it, I’m old school.

And I’m about to prove that once again.  Let’s face it, there were some things that were just done RIGHT that are old school.   Let’s list a couple of those things.

And such it is with RADIO.  Oh yes they certainly do make state of the art receivers and Software Defined Radios with excellent selectivity and sensitivity.   But they are antiseptic at best, and void of the human condition.

As a little boy I was FASCINATED at the thought of dusk hitting and firing up the old Collins Short Wave receiver my fathers friend loaned me because he saw a future Ham  operator in me.  Putting on a set of headphones and spinning the poorly lit dial slowly and carefully at each and every blip outside of the normal static.

Yep you can listen to the BBC on your iPhone or computer but I can listen to it from Woofferton England replete with static and fading.  My signal is coming right from the UK right into my house in NC.  Is it as clear? No.  Is it sometimes frustrating. Yes.  Does it make me a little boy again?  You betcha.  Somewhere, somehow it touches the soul.  It connects with some part of that 13 year old boy in Indiana.  Can your iPhone do that?

And what an experience it is tuning the thing.   You don’t just tune.  THERE IS A PROCESS.  A process that requires, SKILL, finesse, patience, HEART. 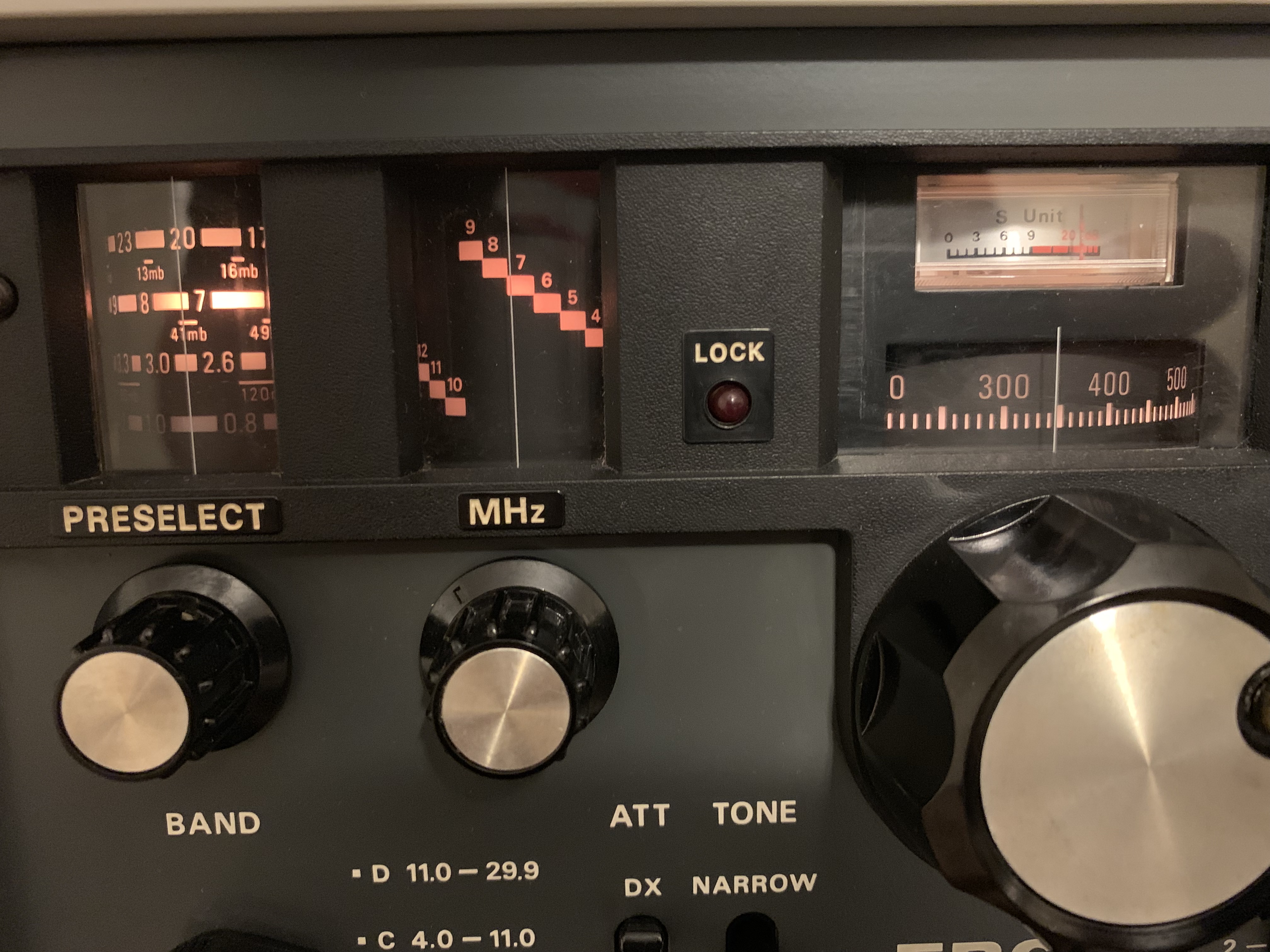 Anyway,  The Yaesu FRG-7 is a legendary radio among Short Wave Receivers.  Was it the best?  Nope.  But I’ll tell you what it was.  It was that magic device that had just enough bells and whistles at an AFFORDABLE PRICE POINT that so many ham radio enthusiasts cut their teeth on.

It was hackable.  Yep, they did that back then only they called it “Modification” back then.  The receiver was made in the 70’s so I recall seeing these coming up and always wanting one.  They sold them in Sears and instead of having a gray case and a badge that said “Yaesu-Musen” it had a black case and said “Sears” on it.  Other than that it was the exact same radio.

Oh, how I wanted one.  But life is like that.   When you’re a little boy you can’t afford the $300 radio but when you are 56 you can and oddly enough it now costs more than $300.  That’s another good indicator that you’ve stumbled across that magic piece of hardware ………..when it is well sought after 40-50 years later.

So here’s a quick video of me toying with the FRG-7.  I hope you’ve enjoyed my nostalgia trip!