A few years back I built a home server based on information mostly obtained from this blog  I never really knew how bad I needed this server until it went down about a month ago with a motherboard failure.   My server was built with these components:

And  of course I’m using the operating system FreeNAS which is free and is pretty much the best Server OS there is.  Yeah, that’s debatable, I know.

I also use something called OpenMediaVault on the little teeny tiny piece of the server you can see in the right side of the picture.

The little piece of the server to the left is my backup to the backup server. Can’t be too safe!

Anyway having a home server is the bomb. In addition to just using it to store files like a Samba or Windows file server it is also an Apple AFP server which means I can do full Time Machine backups from all my Macs to this server.  THAT ALONE IS WORTH THE PRICE OF ADMISSION FOR ME.

I also use it to run my Media Servers, Emby and Plex.  These are VITAL to me because when I go camping I just about always have great WiFi.  I can VPN back into my network and watch LIVE Television.  My camper is small and does not have a TV.  When it is pouring down rain outside I can fire up the laptop or iPad and watch 28 channels of Live TV from my home.  Here’s the web interface for the FreeNAS server:

All good.   And here’s what my Emby TV guide looks like: 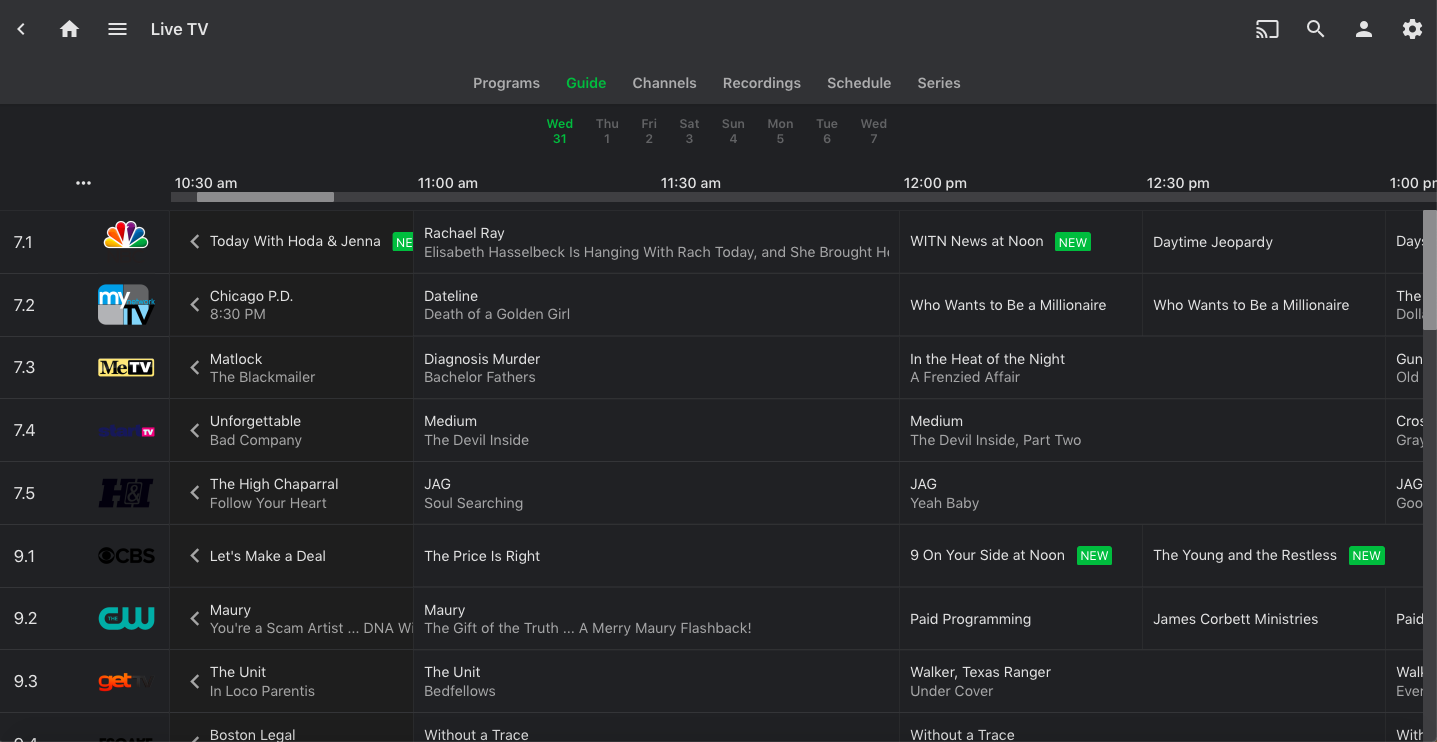 Oh FreeNAS, is there nothing you cannot do?

Now, as it relates to the server failure………..I used it one day and woke up and she was dead, dead, dead.  The Asrock motherboard allows you to control the BIOS from the network and while I could log in I just couldn’t do anything else.   I did some googling and found out it was a known issue and the only real fix was to send the motherboard in to Asrock.

I bought my motherboard in August 2016 and the board had a 3 year warranty.  Thank goodness it crapped out in July of 2019 because they fixed it for free.  How cool is that?

I could go on and on about FreeNAS but the fact is that you can take some mediocre hardware (with lots of memory) and some hard drives and make your own FreeNAS server and you’d be amazed how many useful plugins there are for it.  Heck, everybody needs a media server these days for all their streaming movies and shows, and music.

Trust me.  You should totally do this.