UPDATE:  I’ve been catching a little heat for this review.  I have gotten several emails explaining very succinctly to me why this antenna is not very good and I’ve been slammed for promoting a Chinese knock off.  However, know this……….It is INEXPENSIVE.  Like China or hate China, because this loop is a fraction of the price of other loops for sale it is going to get some attention.  Also, I’m sorry, I don’t care what the specs say…………The antenna receives pretty good.  Is it the end all, be all…………….no.  God no.   But it’s not that bad and it doesn’t cost $300.

I live in an HOA which limits what kind of an antenna I can use for Short Wave Listening.  There are a few options of which one of the best is a Magnetic Loop antenna.   It has a relatively small profile and can even be kept below fence level and still perform wonderfully.

One of the problems with a Magnetic Loop is that they are fairly expensive.  Like in the $250 or higher range.  Most old timers or skilled antenna builders will tell you there is $60 worth of parts in the $250 antenna and that you should just hunker down, get smart, and build one yourself.

Enter the Chinese made MLA-30 MegaLoop and damnit this is my blog so it’ll from here on out be known as the MAGALoop.  That’s what I’m calling it. 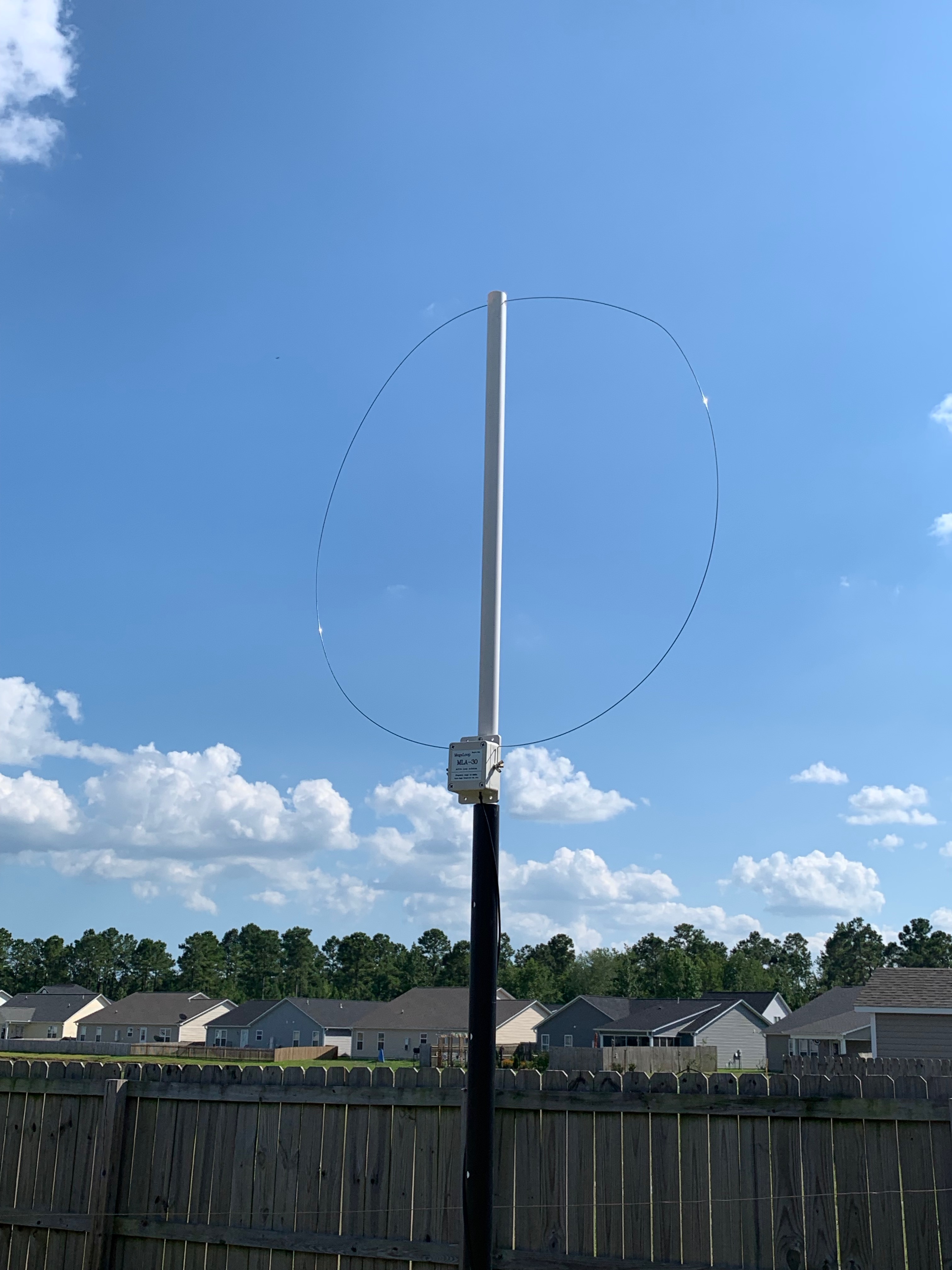 Here it is. In all it’s $43 glory.  A simple wire ran through a piece of PVC pipe THAT DOESN’T EVEN COME WITH THE KIT!

I wrote that in caps but I get why they didn’t send a hunk of PVC or broom stick.  It makes sense to keep the shipping costs down.  No problem with that on my end.

It is pretty simplistic especially compared to my other loops (W6LVP, and Wellbrook ALA1530LN) both of which came in between $250 and $330 respectively.  OUCH!

Sooooooooo, now the million dollar question.  How does it perform?

NOT AS BAD AS YOU WOULD THINK.  The first thing I noticed was that it was quiet and considerably picking up less RFI than the other loops.  To be fair both of my antenna were hoisted up a bit and since all of our power lines are run underground for all I know I had them sitting right over the top of a line.  I also discovered that the 120v to 12v converter was NOISY as all get out when I used one particular outlet in my bedroom. Go figure.

Probably it is because the amp is powered via USB cable at 5v.  I’m sure lower power equals lower noise as well.  NOTE:  I’ve been told that while the input voltage for the loop is 5v that there is a Step Up circuit that runs the voltage up to 12-14 volts.  My mistake. 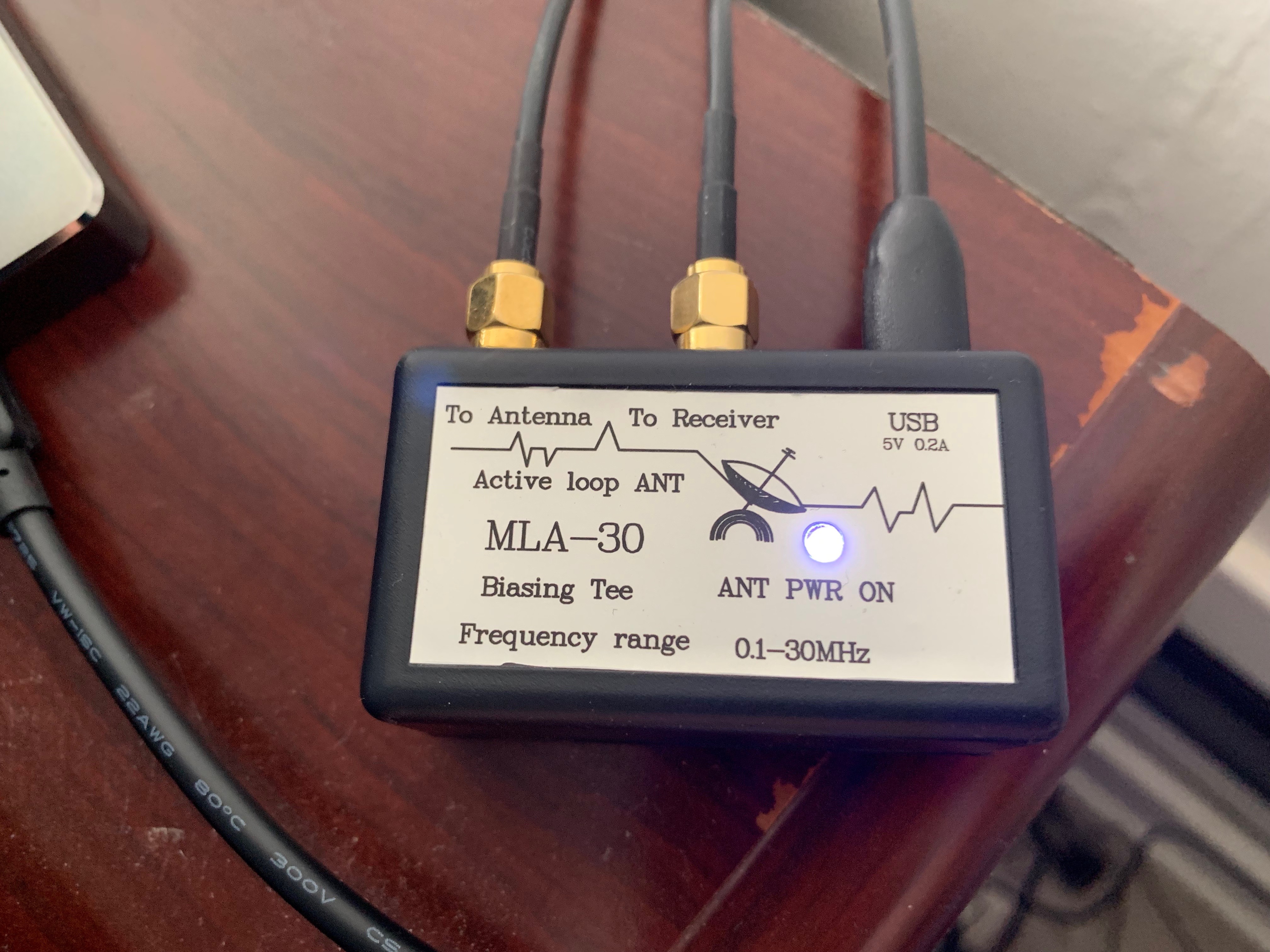 The connector at the antenna end is hard wired into the amplifier so there is no outdoor connection. That’s pretty smart and the other end that feeds into the box is configured with all SMA connectors so this antenna is more suitable out of the box for an RTL-SDR device.  That does not mean you can’t get an adapter and use it on something else I just mean that out of the box it is ready to roll with an RTL-SDR. 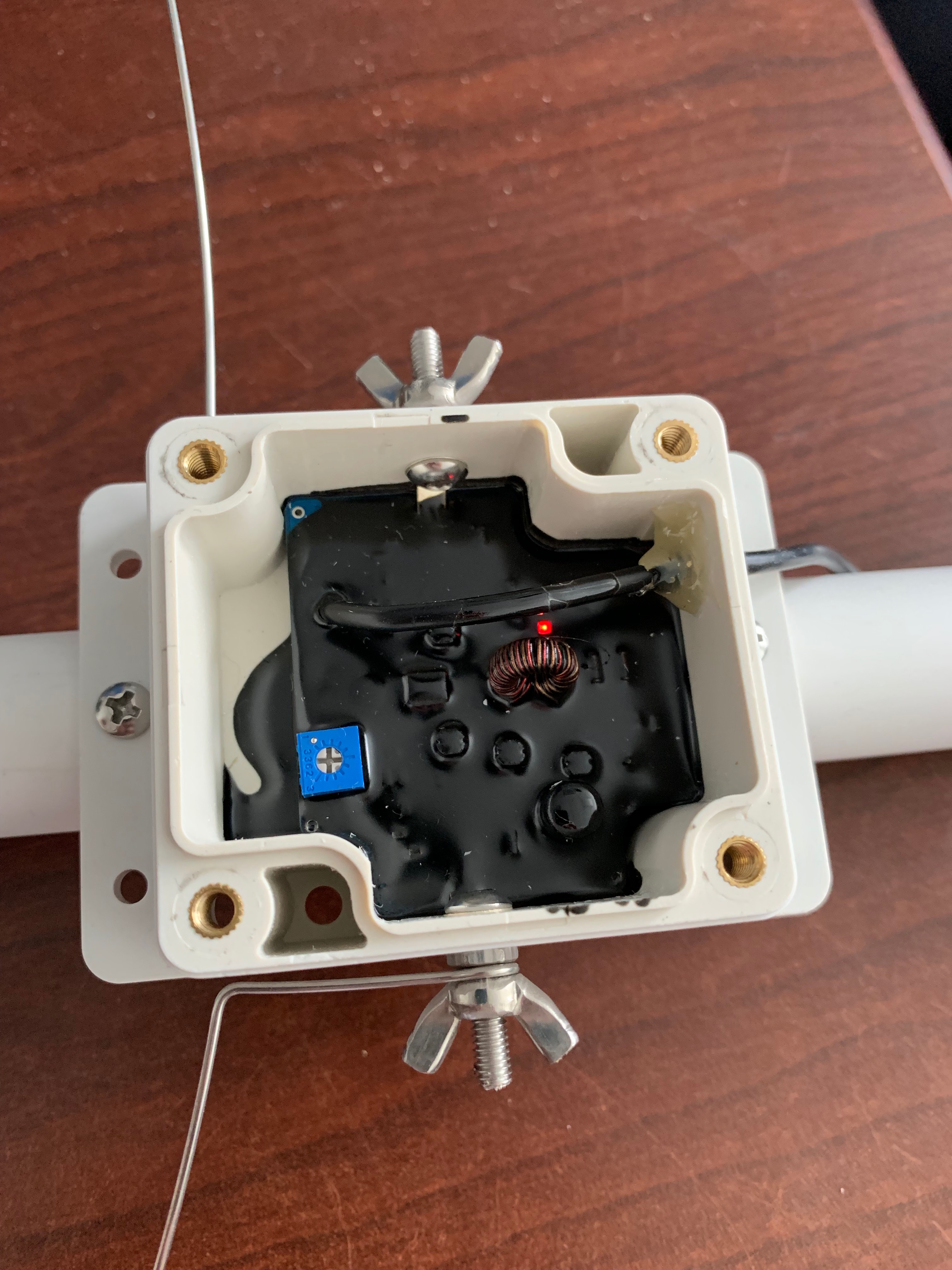 If you open the box on the antenna itself it has a red LED that lets you know things are working and the installed circuit board is conformal coated, albeit not very well by what looks to be the pour or brush on method.  Probably poured.

But conformal coatings are NOT a bad thing and in fact are a good thing.  The potting or coating is not nearly as good as on a W6LVP or Wellbrook Loop.   Hey, what do you want for $43?

Here’s what the outside of the box looks like. 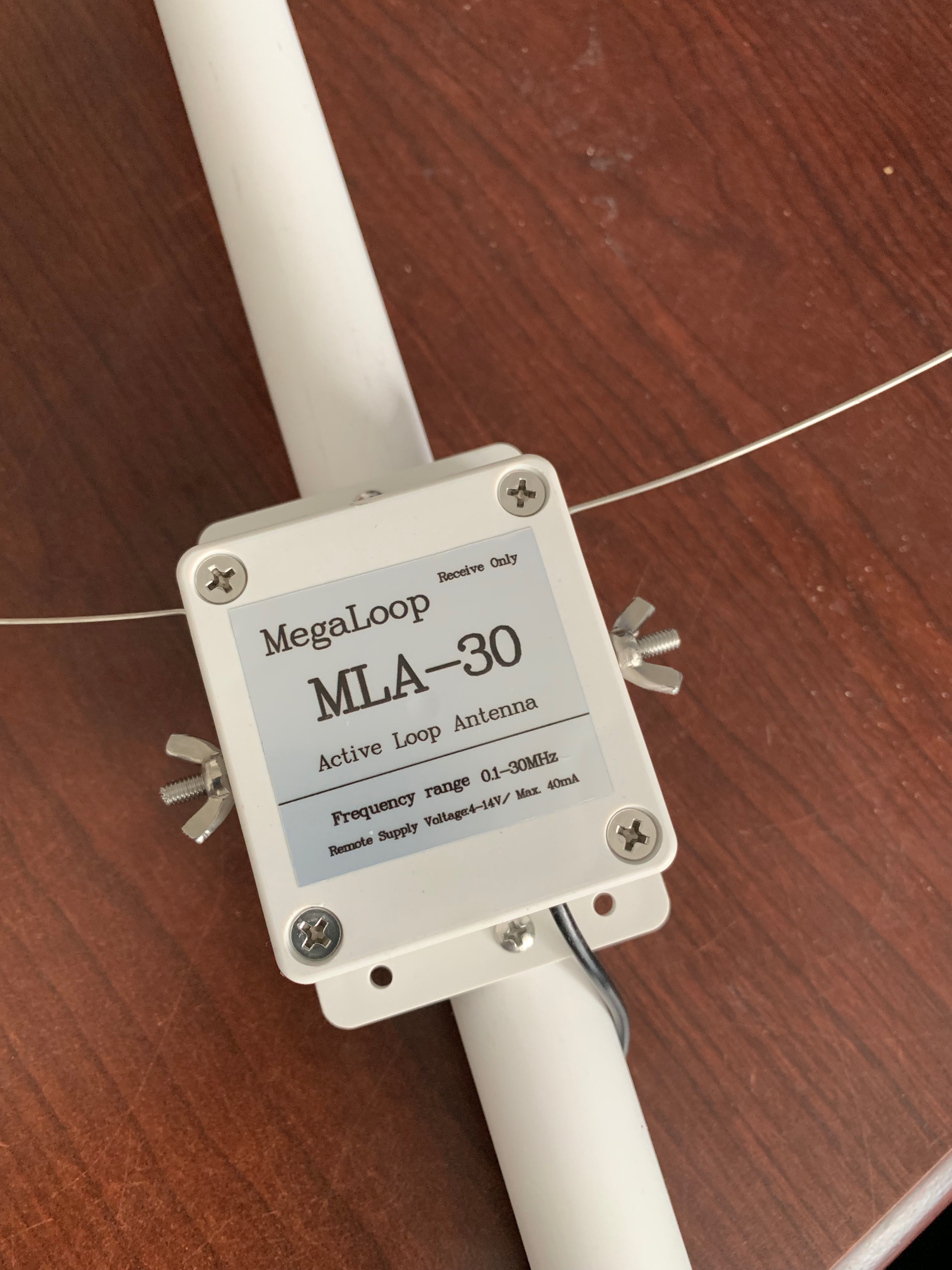 So what do I think about it?  First of all realize that while I call this a Tech blog that all my opinions here are subjective and not technical.

It’s my practical usage and not me measuring the speed of the elections flowing from North to South inside the preamplifier which lead me to my conclusions.

My practical usage tells me that this MAGALoop is quite useable.  It is pretty quiet, and pulls in the signals pretty well.

Does it receive as well as the W6LVP or the Wellbrook?  Well, that’s a loaded question.  It depends on so many variables.

In my experience it works ALMOST as good as both of the other previously mentioned loops. And here’s the way I’m going to grade this:

So the MAGALoop is adequate but lets talk plain economics.  If you could only have one antenna and money was an issue then is the Wellbrook worth $300 more?  My answer is an emphatic NO.  Given the cost of the MAGALoop it is almost a no brainer to have one.

If you have wads of money and want to dig signals out of the mud then buy one of the other loops.