I travel a lot for work and listening is so important to me that I carry all manner of listening gear with me.   I always, and I mean always travel with a shortwave radio.  I’m on a trip now and I carried my trusty Tecsun PL-660 with me. 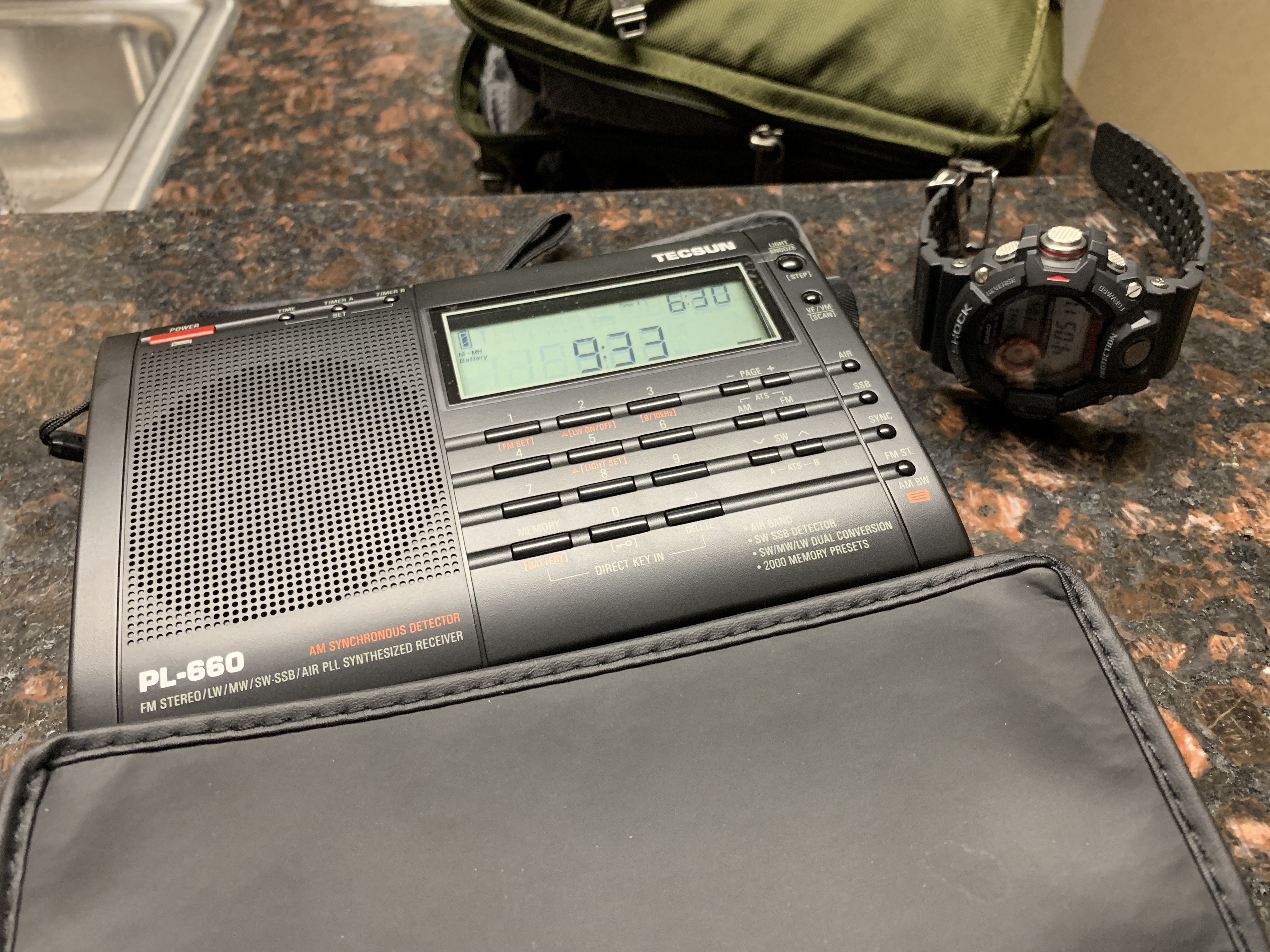 Consequently, the wrist watch next to my shortwave radio receives a time calibration signal from long wave radio.

That’s how much of a radio geek I am.

In the bag with the PL-660 is an audio cable so I can record anything cool that I hear and also 2 or 3 different variants of long wire antennas that I can toss out the hotel window for optimum listening.

If shortwave is a bust, then medium wave (AM) might not be.  I’m one of the few guys that carries around a pocket radio and this trip is no exception. 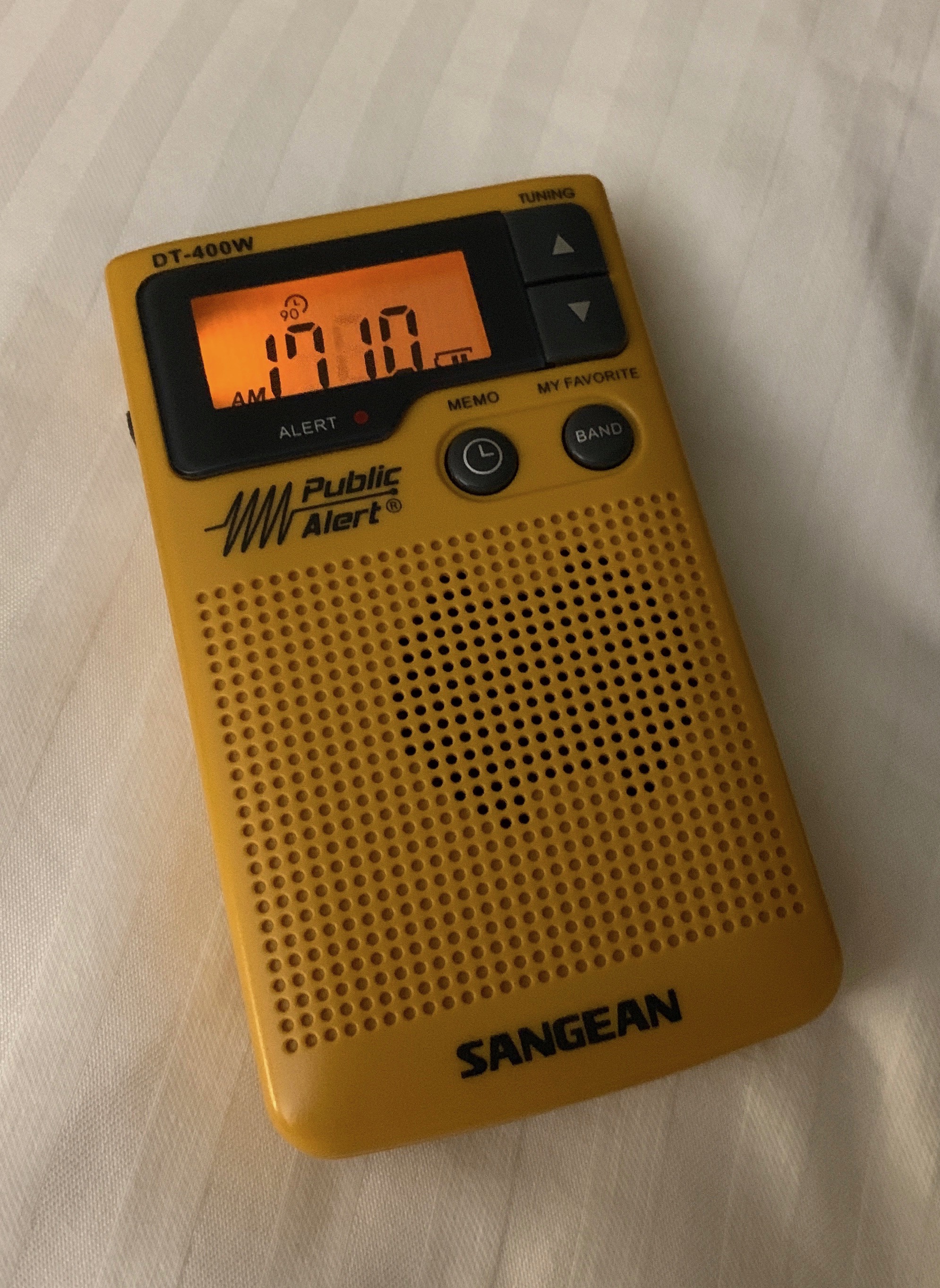 This is my trusty Sangean DT-400W.  Nice little pocket radio.   Ever since my grandpa used to listen to the Cubs games on his pocket radio I have thought pocket radios were pretty cool.

Even though most everyone is streaming internet now and internet radio, it seems the one thing most cell phones won’t do is pull down local radio.   Streaming is all good until the SHTF then you’ll be wanting to listen for local radio and TV.

And speaking of TV………I have that covered as well.   I don’t leave home without my Hauppauge 955Q USB TV tuner.

I can always get local TV, no matter where I am, even on the job site.  When that historical news story breaks…………John is your Huckleberry.

It gets worse folks. Sometimes you go to a hotel and shortwave is DEAD and they have local TV on the, errrrrr, TV.  What to LISTEN to then? 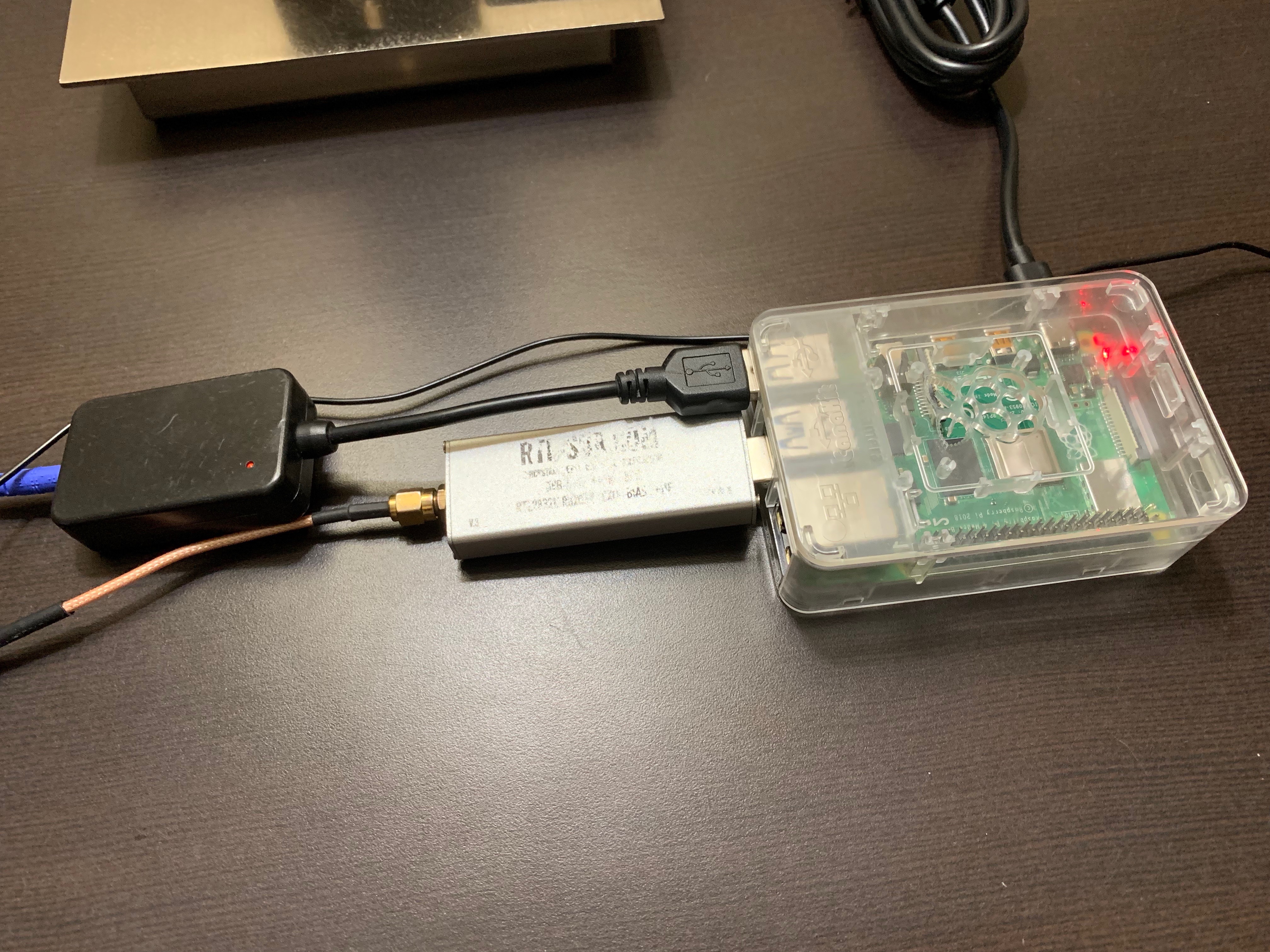 The thing I like about trunked radio is basically it is a POLICE SCANNER.  Listen to the statewide system and add the local talk groups and you can listen to it all (provided it isn’t encrypted).

If it is encrypted there are a ton of businesses and services that use trunked radios.  I get a kick out of listening to people talk on the radio and they speak as if only the other person on the other end of the radio is listening.

They aren’t the only ones.  Goofy old men like me are listening as well.  I particularly like to listen to baggage handlers at the airport, school bus drivers, and huge, busy restaurants.

I’ll never forget going to Tampa one night and listening to this huge restaurant. At the end of the shift one guy calls the manager and they both seemed to be off site.  The fact they had their radios with them was odd I thought.  Anyway one guy radios the other and tells him he messed up and left the back door unlocked.  The manager or whoever says “Don’t worry about it”.

If I was a bad guy I could have exploited the heck out of that.

Anyway if it all goes to heck I can VPN back into my home network and listen to shortwave radio from my base station via some software called “Spyserver”.  Whatever my antenna and rig is pulling in………..I can listen to it. 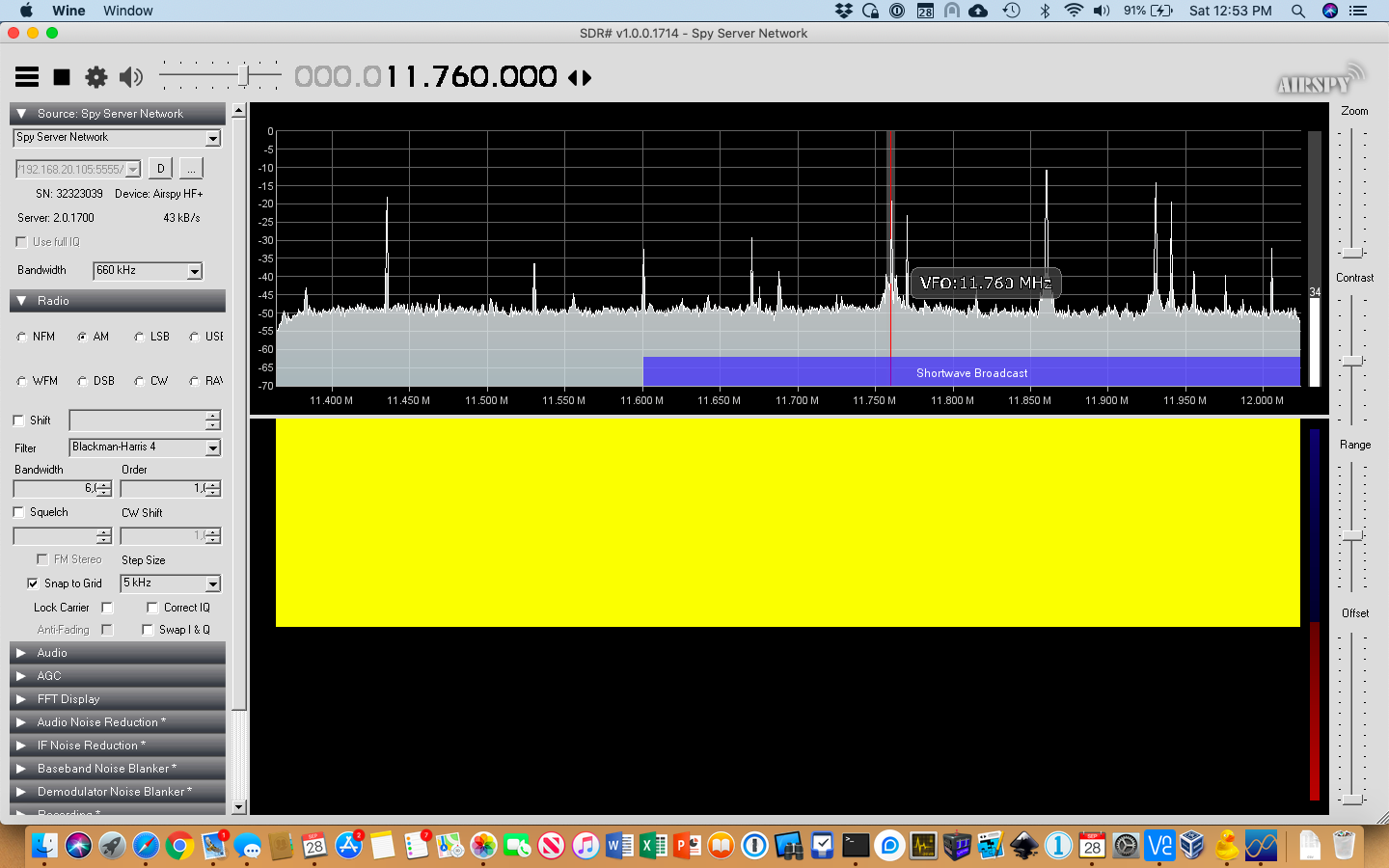 So…….I would say this is one of my hobbies.

Remember when I said it gets worse, well it gets worse yet. If I don’t feel like listening I can look at satellite data.  I have two dishes in my backyard, one tracks GOES-16 and the other tracks GOES-17 or Iridium or whatever else in the L band that I want. 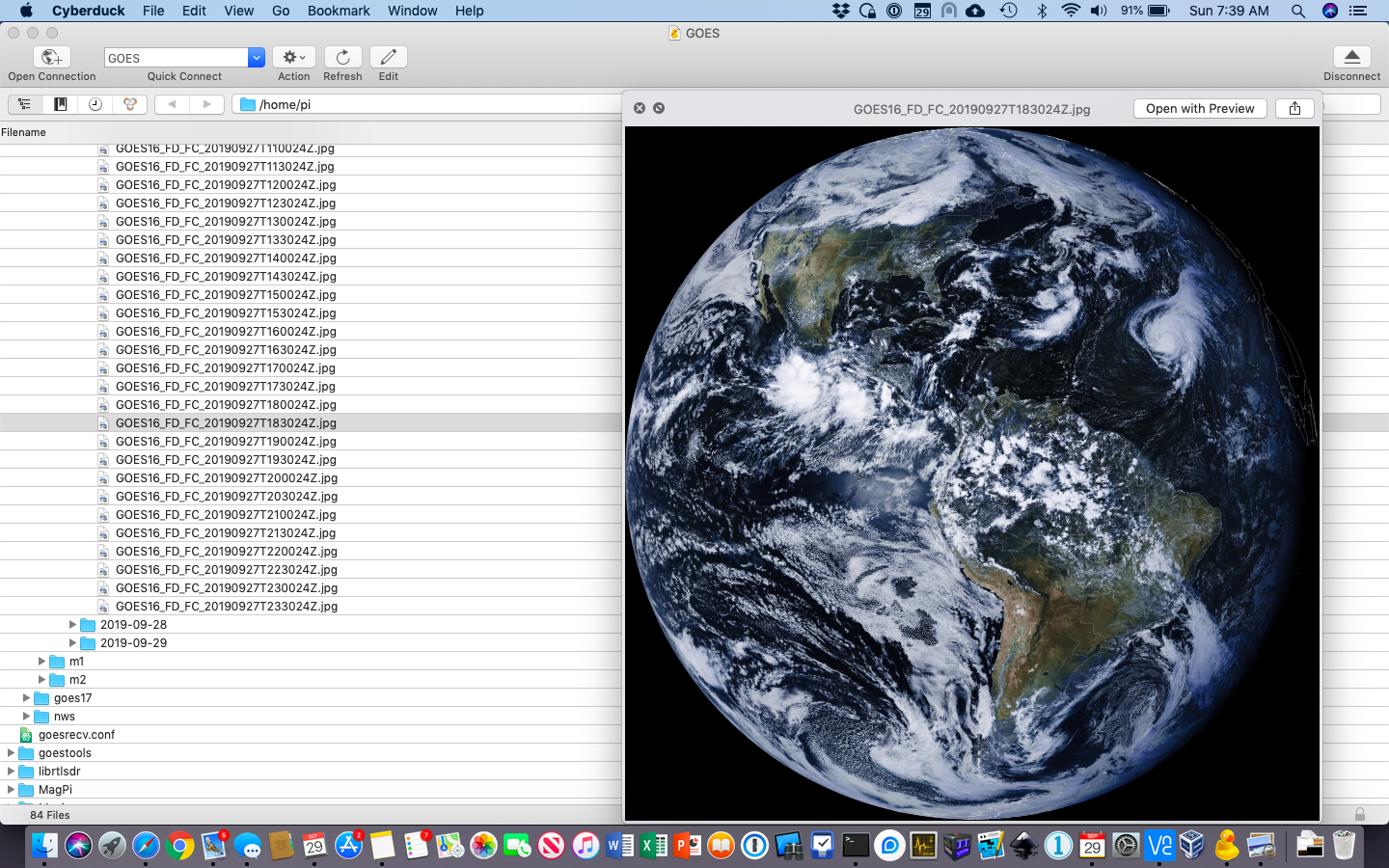 A Raspberry Pi is constantly downloading High Resolution Image Transfers (HRIT) from the NOAA birds.  I think it is pretty cool.  Right after that it serves no practical purpose whatsoever other than poking fun of the Flat Earth idiots.

There are two kinds of people who know the earth is round.  First is God, second are Ham Radio operators who understand and calculate the path of radio signals.  For example as a NOAA weather satellite travels overhead and I am tracking it with a handheld antenna any fool can see it is traveling in an arc. Then it is a SIMPLE case to plot the track into a ROUND ORBIT.  Not a flat, criss cross, a ROUND ORBIT.

Anyway, I’m straying off course here (THE ROUND FREAKING COURSE, THAT IS).

I’m not sure I answered the question in the Title though.  Why is radio so important to me?  I honestly don’t know.  But it fascinates the heck out of me.  Especially all the new transmission protocols.  We’ve evolved so far from transmitting on a frequency and listening in on that same frequency.  I don’t even want to go down this rabbit hole but voice and data are carried in so many different ways on so many different frequencies wrapped in so many different protocols. Simply amazing.  Every major industry uses radio, heck even my gf and I have walkie talkies which we leave on for emergency communications.   That may sound weird, but it is kinda sweet and she’ll back me up on this…………it was her idea.  I had originally thought I’d get us some radios and then realized it was the least romantic gift ever and decided against being such a dork.  Sure enough one night she tells me, “You know what would be cool, is if we had walkie talkies” and we were discussing this as a Hurricane was threatening our area.

Radio is a blast.  Listening somehow makes me feel like a little boy again.  The things that fascinated me then still fascinate me today.  And it keeps me out of the bars.  My girlfriend need not ever worry about what I’m doing in a strange town.  I’m in the room LISTENING to someone who thinks no one is listening.

6 thoughts on “Why Is Radio So Important To Me?”