I built a solar system to power my master bedroom and placed it in the closet. I had intended for it to sit between two sets of shelves against the wall.  Rather than measure I guessed it was slightly more than 2′ between the shelves.   Guess what?  It was just less than 2 feet.

So I was in a situation where I needed to trim the board down however that would have caused a full disassemble.  I decided the easiest and fasted thing to do was to just go to Lowe’s and get a smaller board and then swap over.

Then at some point upgrade-itis got the best of me.  I had no method of battery monitoring other than the voltage displayed on the MT50 display screen.  That’s not really a battery monitor.  Then I decided I’d get a bluetooth fancy Charge Controller that I could monitor from everywhere.  I have a Mac mini at home that is on all the time and within BlueTooth range of the controller.  I can just VPN into my network and see the battery state. 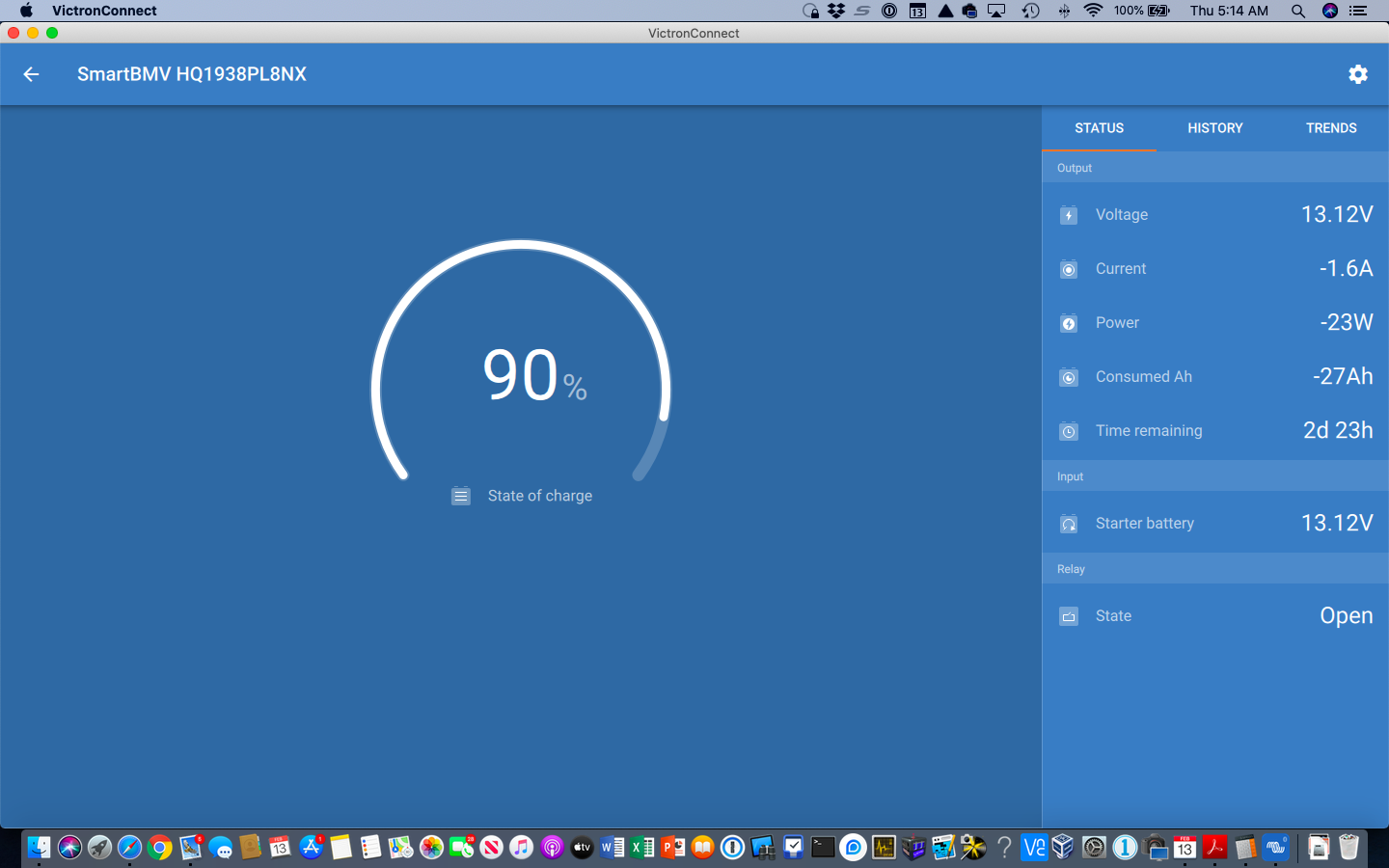 Then I decided a 12 position fuse block was overkill.  I decided to downgrade to a 6 position block.   And I decided to roll back to one 12v power socket and 2 USB charging slots.

And the smaller fuse block.

And I’ve added a 2nd battery in parallel to bump the capacity from 100 amp hours to 200 amp hours of storage.

At some point I’ll probably upgrade to a 2000 watt inverter however with all the stuff running that I typically run in the bedroom with all of it on AT THE SAME TIME has yet to exceed 150 watts.

I run a portable refrigerator, a lamp with an LED bulb that pulls 7 watts, a couple of shortwave radio receivers, an active antenna, and a Television set with a Firestick hooked up  to it.   Whoops, almost forgot I have an Amazon Alexa hooked up as well.

Also I seldom do all that stuff at the same time.  Who listens to the radio while the TV is on?

In fact I have so much overhead left that I think I’ll run another power strip into the room and power a few more items such as my bedside lamp and I’m curious to see if I can run the vacuum on this rig.  Or make coffee. 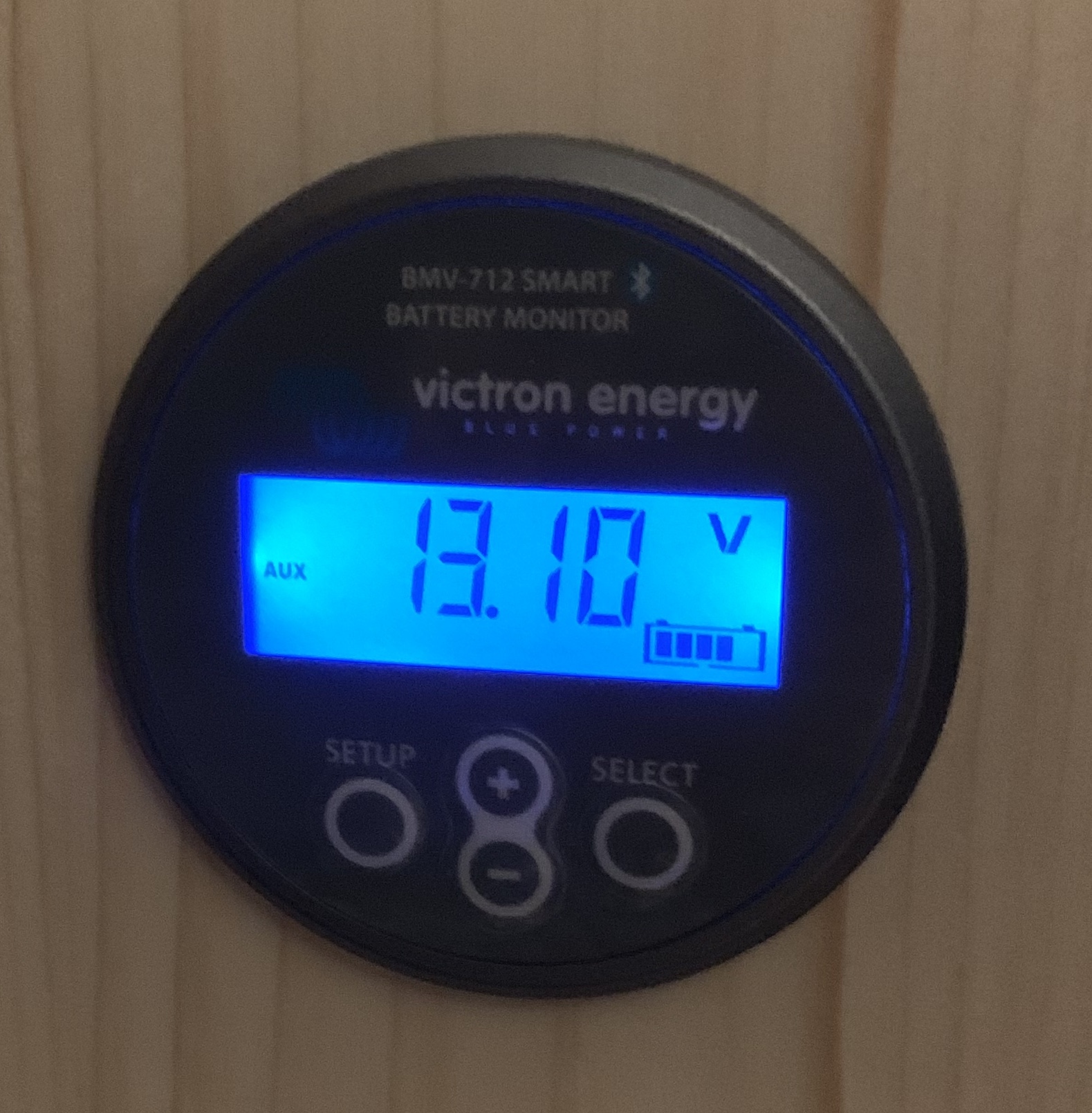 I love the fact I don’t have to go into the closet to see the battery health as well.  If I’m home I can view it on my phone.

I especially love the part where it tells me how much remaining time I have left.  The example above says almost 7 days.  (This isn’t actually accurate yet as the State of Charge has not been calibrated yet), but it will be calibrated the next time the battery fully charges.

Also because LED lights are parasitic (meaning they draw power just being lit) I added a couple of un-switched 12v outlets to the build. 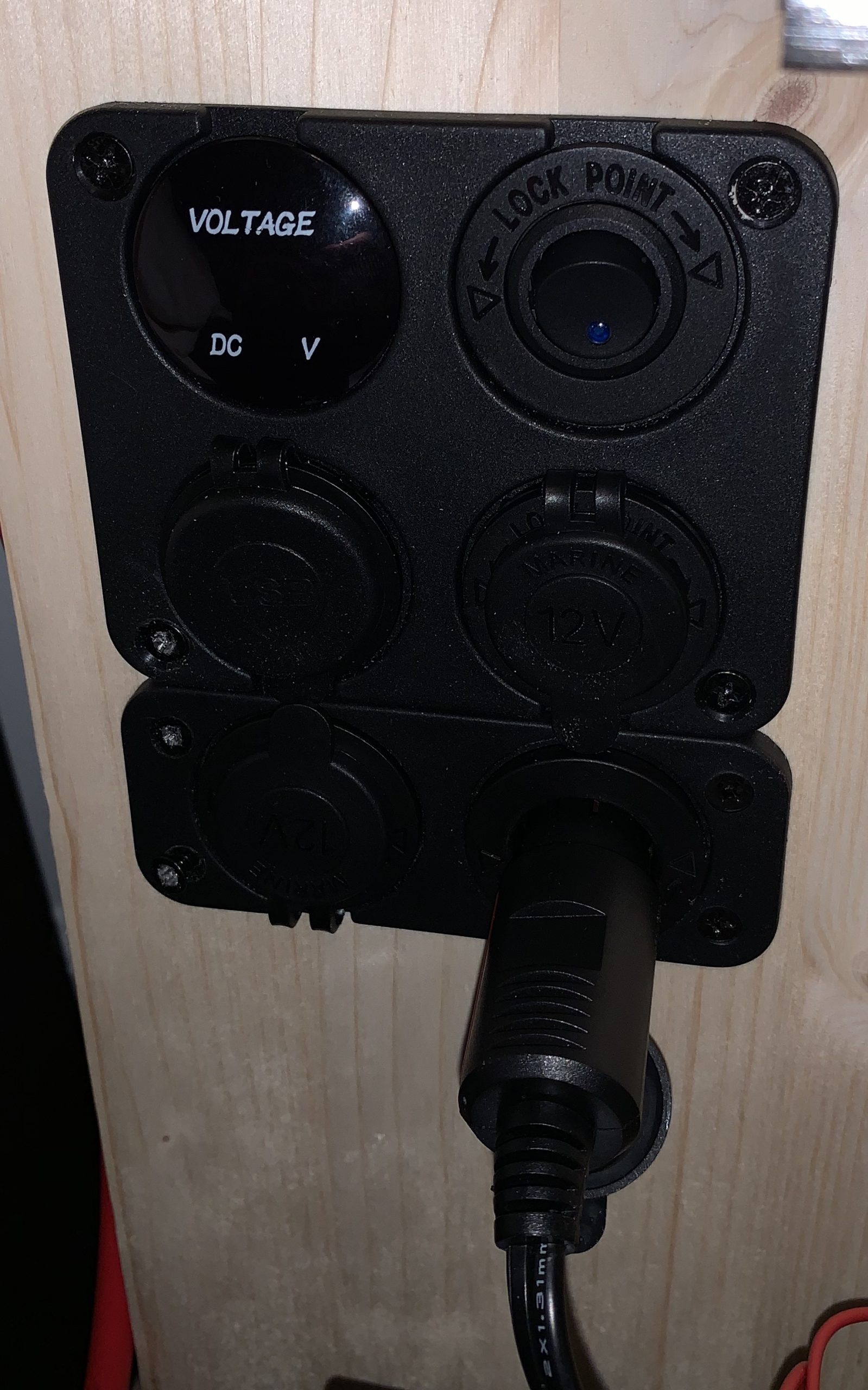 The optimization settings for a Victron MPPT controller and BattleBorn batteries are found here. Essentially the settings are:

Anyway I’m having fun, and curious what the next electricity bill will be.  I also get a little bit of a kick knowing that I’m charging my computers, and devices by solar and that I’m hanging out in my room operating independently, sort of.  If I watch TV I’m streaming from the internet in the other room with is on regular house power.   Not ready to move it all over just yet.