This last week or two has been one of the most bizarre in my 57 years however the chaos all seems confined to Social Media and Media in general.  People are still nice, commerce is still chugging along.  If we didn’t own TV’s and computers we’d never know much was up.

In an attempt to get the REAL story I’ve been creeping on the Police Scanner and the State medical communications.  It’s not been very interesting.  Boring in fact.  If there is a coverup, the people with the radios are covering up their coverup.

Anyway, like REM says, “I Feel Fine”.  Not just figuratively but literally as well.  I’m ready for the whole of humanity to let the crazy out.  I have ample food, a gun with bullets, clean water, communication devices, and alternative power. And most importantly it would seem……..toilet paper.

I don’t think Jesus is coming back yet, but he probably should.  In the interim I feel pretty good about the preparations I’ve made.  This is not just something I’ve thrown together in the last few days.  This is generally the way I choose to operate.   I can’t survive forever, far from it,  and if things get too weird for too long I DON’T WANT TO SURVIVE to see the worst of humanity.  I defer back to the first sentence in the paragraph.

I think one of my favorite preparations that really seems to be the most useful has been my dabbling with solar power. 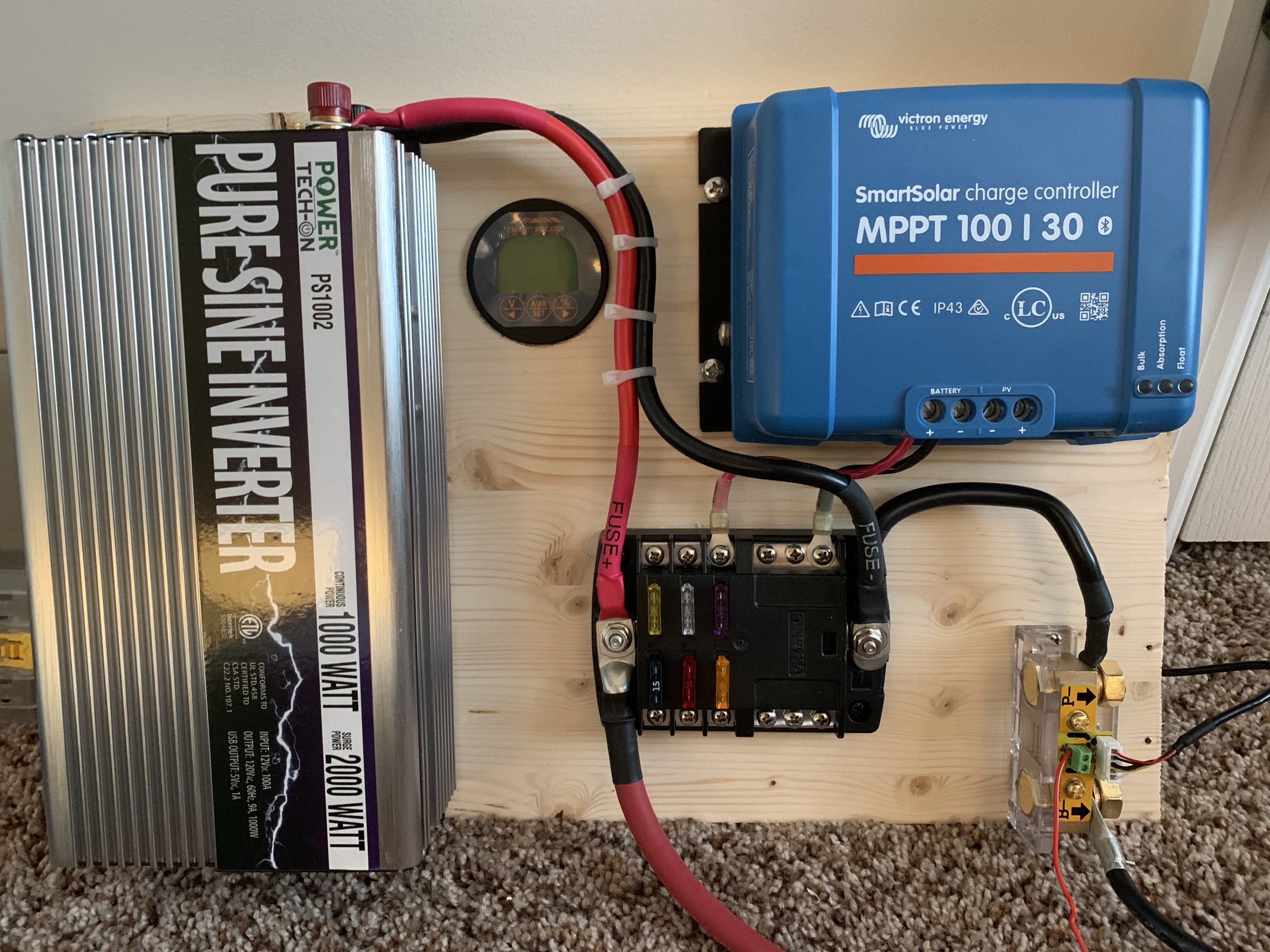 This little guy doesn’t seem like much but it’ll fit in the camper with some flexible solar panels.  The inverter is only a 1000 watt inverter but oh, the things you can do with 1000 watts.  Two of the most important things that I have recently discovered that I can do is:

There’s a lot of stuff you can cook in a rice cooker and of course fresh bread is ALWAYS good.  You can shut the power down, you can run me out of gas in the generator and I can STILL COOK.

If you can’t build your own solar power device, buy a solar generator like a Jackery Explorer 1000.  Yeah they are expensive but whatcha gonna do when the power goes out …….BRUDDER. 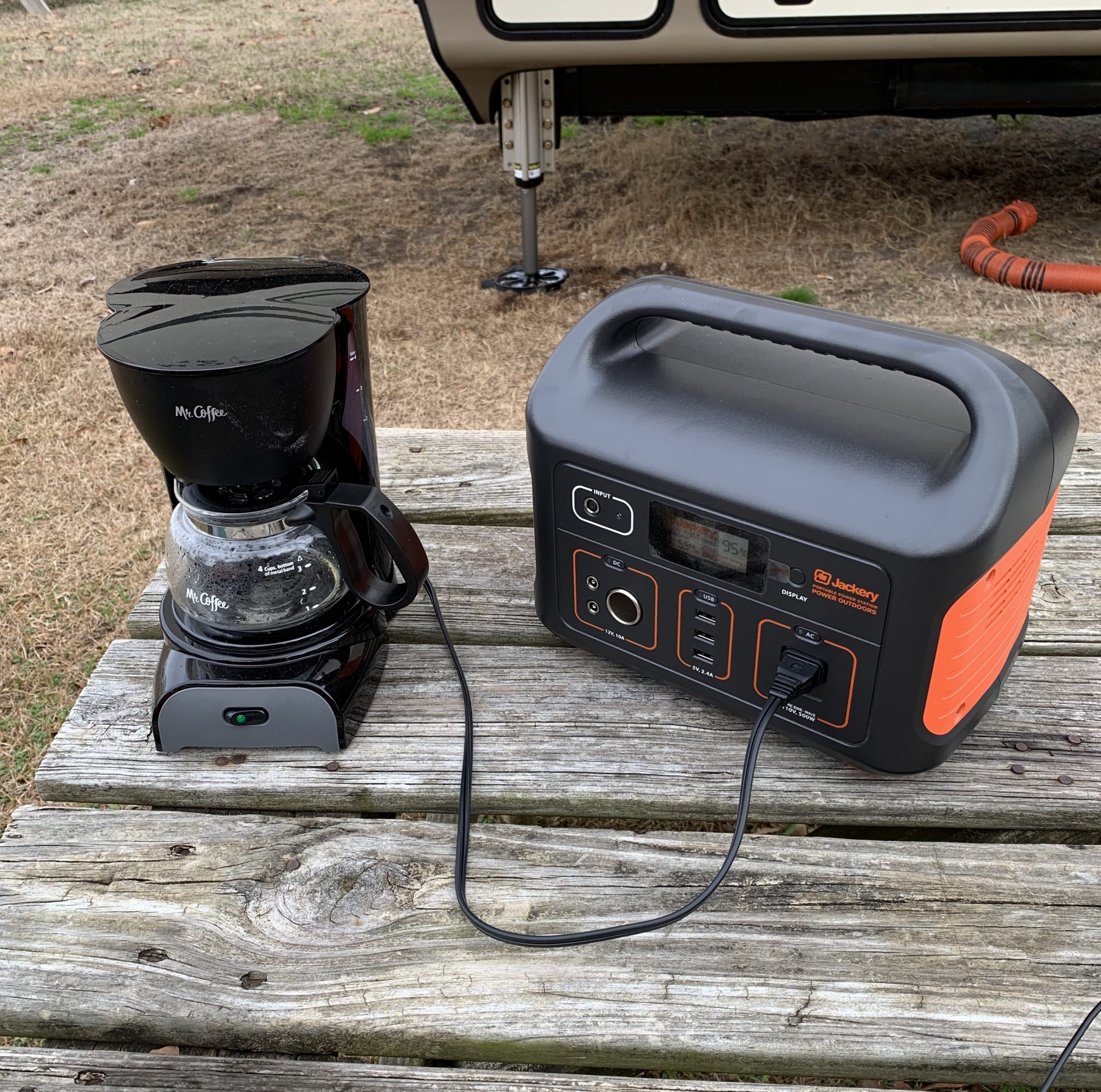 That’s just a tiny example of the preparations I’ve made.  And I’ll tell you what.  Knowing that I have made some emergency preparations has given me some peace of mind.  While many are freaking out and raiding the stores and just now trying to put a plan together …………”I Feel Fine”.

After this passes, and it will pass, I implore everyone to take a good look at their personal level of preparedness.  It doesn’t take much to put together a pantry of food that will get you through a month or two of rough times.  Hell, your grandparents did it EVERY YEAR.  They canned, they stored.  They knew.

Grab an extra jar of peanut butter, an extra bag of beans, a larger bag of rice.  Grab some Spam.  There are a lot of foods that don’t require refrigeration that last for DECADES.  It need not cost you a ton of money, just add a few things to the shopping list every week.  Store things like flour and oats as well.  Learn to can and preserve.

While you are at it think of other aspects of life you’ll need.  Buy a small radio.  Extra box of bullets or shells for the gun.  Medicine, (and as we all know now) toilet paper.  Soap or body wash too.   Anyway it is too difficult and time consuming to map it all out and everyone has different goals.  I have a 60 day goal of survival.  Anything worse than that is anarchy anyway and I’m turning into Robin Hood on day 61.

Getting a police scanner or making your own from a Raspberry Pi and Software Defined Radio for pennies of the price of an off the shelf scanner will help you to stay in touch with what is REALLY going on out there.

Preparations are a personal choice but imagine this getting worse, with the store shelves bare and you with minimal food and personal hygiene products and medicines.   Take some time after this rolls by.  It is a blessing to not be in a panic and to be able to sit back and say “I Feel Fine”.