Problem:  My Victron Solar Charge Controller and Victron Battery Monitor are bluetooth only.  This makes it very difficult to observe the status of my solar power system while I am away from home.

How I deal with this is to take a laptop and run VictronConnect software on it and then I can VPN into my network and then VNC into the laptop and observe VictronConnect.  It works well 90% of the time with the 10% downtime as being the most important times I actually need to observe it.  And it ties up an entire laptop which must be kept powered on and within bluetooth range of the Solar board.

Solution:  Victron has software or more accurately firmware that emulates their Color Control GX / Venus GX monitoring devices and it runs on a Raspberry Pi.  A Venus GX costs nearly $300 and a Raspberry Pi costs about $30.  It even runs on older Raspberry Pi’s which are even cheaper. I’ll be using a Raspberry Pi 3 for this.

The directions are here and they are pretty great but there is always a thing or two that get left out.  Also the directions kind of assume you work with Windows and I use a Mac or Ubuntu.

First you download the latest image from this page.  Make sure to get the one with the rpi-sdimg extension.  Actually it is a zip file.   I downloaded it on a Mac and the instructions say to burn the image onto an SD card with Balena Etcher.  I could NOT get Etcher to work with this extension.

So I went old school. First figure out what disk you are using. DD is a dangerous command. Here we go:

This will return something like /dev/disk4 (in my case for the SD card, 16GB) MAKE SURE YOU USE THE RIGHT DISK.  DO NOT JUST COPY MY COMMAND. I’ve bolded the things you may have to change to get the right path and again, make sure you get the right disk.

Once the SD card is written (it will take several minutes) put it in the Pi and connect it to a wired ethernet connection.

I then used a program called LanScan to find the local IP address.   The mDNS name will be “Venus”.

Then go to a browser and paste the IP address in and you’ll see the console:

Now float over the picture and click and a menu will pop up. 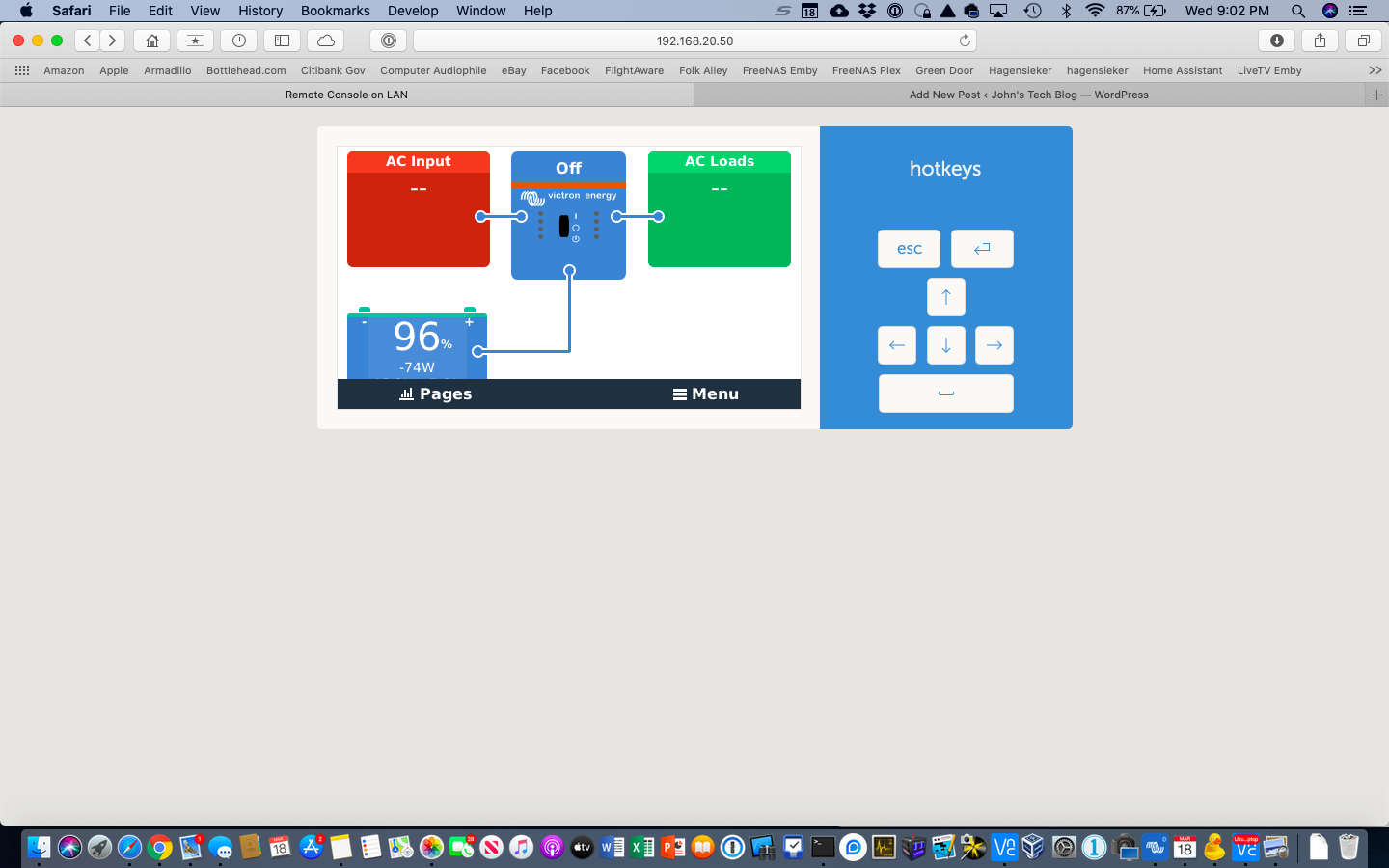 Click on “Menu”.  What we want to do is become Superuser and then set a password and possibly set up WiFi.

Get the directions to set yourself up as Superuser here Scroll down to the Number 1 and 2 and follow the directions.   Make sure it looks like this when you are done:

Now go back to the Settings screen and scroll down to the WiFi Section by using the down key on the hot keys on the right.

Now you can move the Pi over to your solar board and hook it up with a Victron VE.Direct  to USB cable before booting. 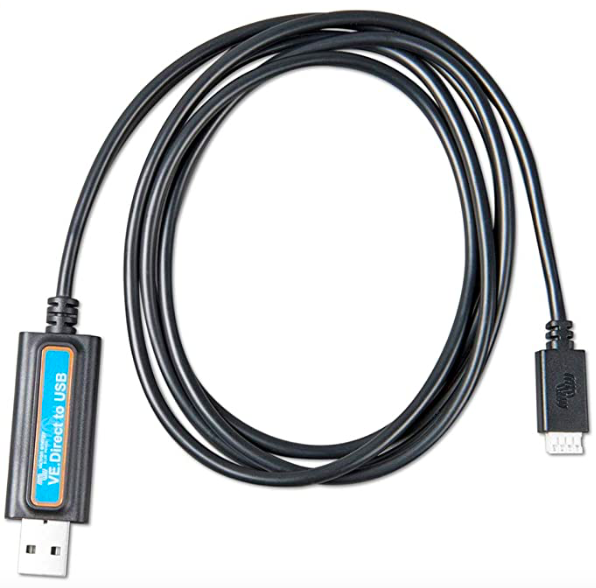 That is basically it.  I’ll add more when I customize it some more.  Also I’m ordering another cable since I have both a BMV-712 and an MPPT Solar Charge Controller and I want to get data from both devices. 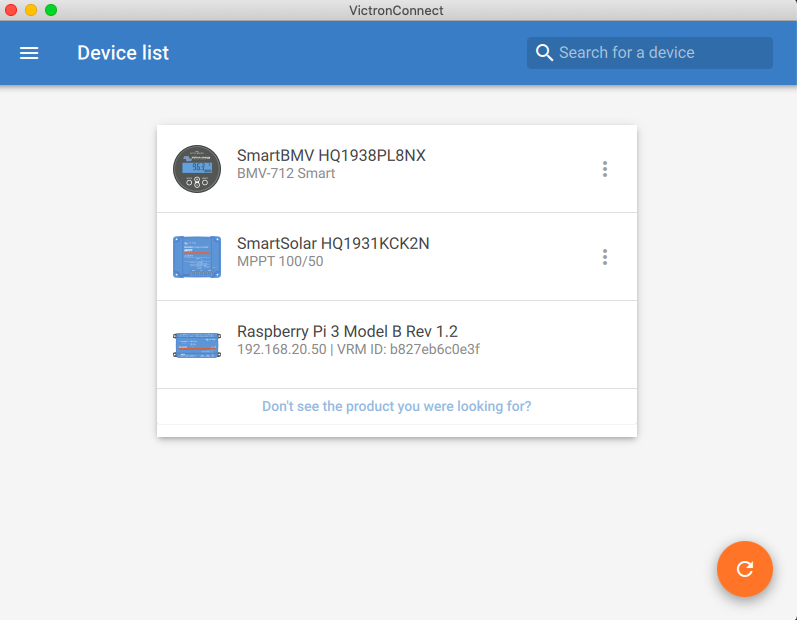 Clicking on the Raspberry Pi 3 take you to this: 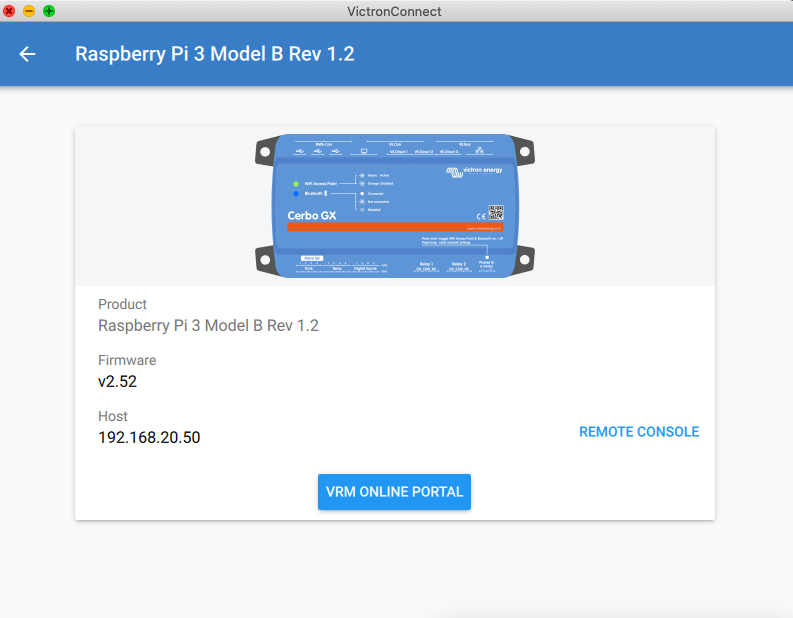 Clicking on the blue button at the bottom that says “VRM ONLINE PORTAL” allows you to set your station up on Victron’s VRM site which I think is pretty cool.  You can set an advanced page up to display the info the way that you would like it displayed.  I love this. 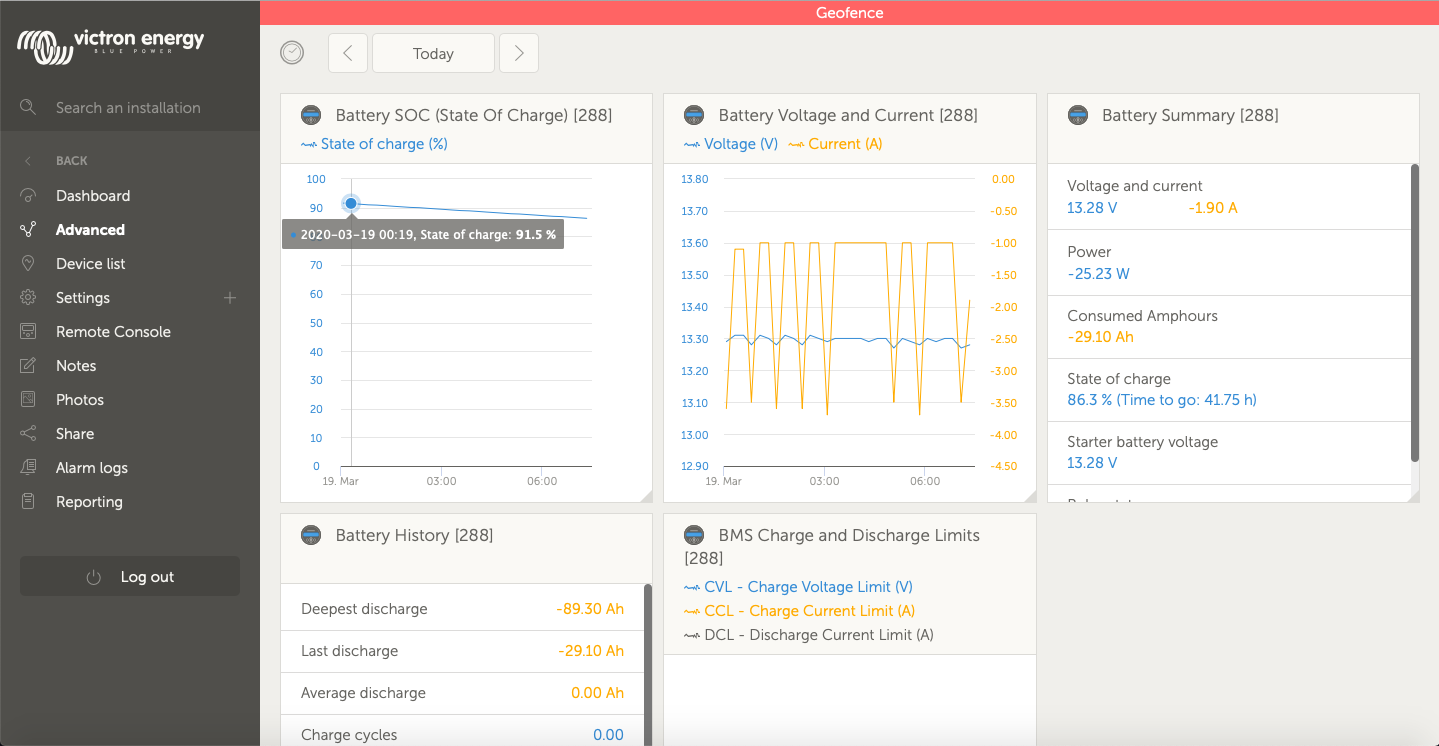 Now I can check my solar system from anywhere on the internet WITHOUT A VPN OR REMOTE-ING INTO A COMPUTER.  Just log in your Victron account.   I’d love to find a way to display this data in my Home Assistant.  It is doable and I see where a couple of people have done it but it doesn’t look that simple or pretty.  Not sure I’ll go down this rabbit hole or not.

To hook it up it is best to get a 12 volt to 5 volt converter and tie it to your fuse block on your solar board.   I don’t have it mounted cleanly yet but you’ll get the idea. 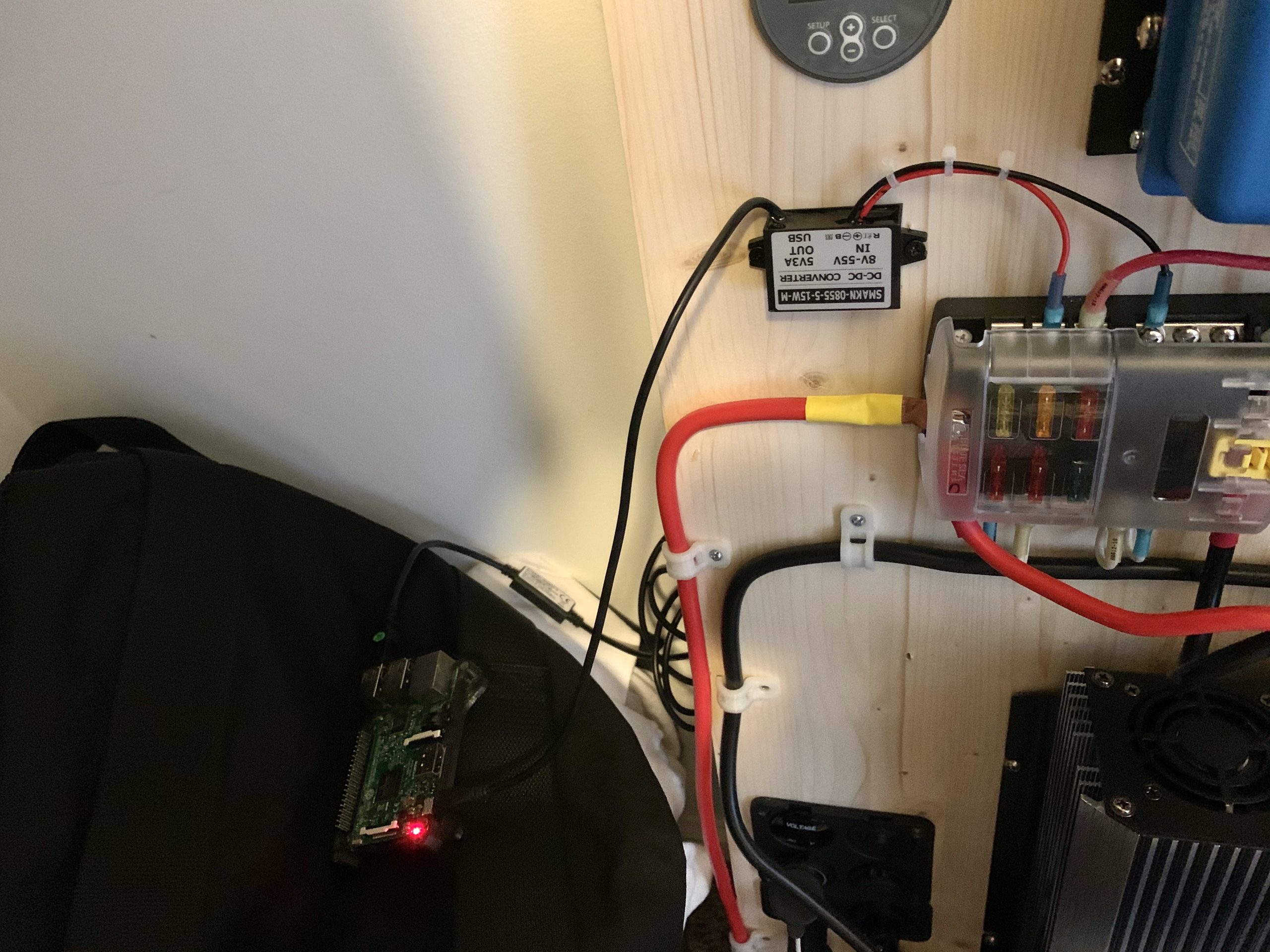 Pi with Venus Firmware hooked to 12v to 5v converter

This frees me up from using a USB port because I always have the USB ports maxed charging tablets and phones and radios and such.

Got a 2nd cable for the MPPT Solar Charge Controller.  Now I need a Victron Inverter I guess 😀

Here is the Remote Console in action.

3 thoughts on “Raspberry Pi’s and Solar and Stuff”