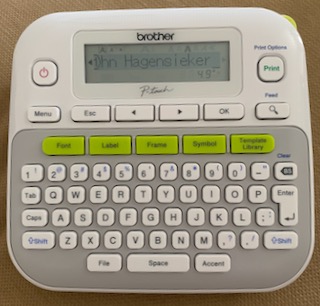 In my last couple of posts I’ve discussed some of the world’s best label makers and some of the features that make them the best.

Today I’ve decided to go to the lower end of the spectrum and buy one of those $20 label makers I always see in Walmart or Staples.

This is the Brother PT-D210. This is probably the most purchased label maker in the world because of its low price and availability.  It can he had for about $20 and $30 if you buy a “kit” with a roll of TZE tape.

Actually $10 for a roll of TZE tape is darn near the best price you can get.  It’s almost worth it just to buy the cheap label maker for a roll of cheap tape if you own other Brother machines that use TZE tape.   It matches almost none of my “must have” features for a label maker but it is quite useful in many regards.  I hope you’ll read on as I perform a deep dive on this label maker from a hardware standpoint.

Here’s thing one about this printer.

IT DOESN’T COME WITH ANYTHING BUT A SAMPLE ROLL OF TAPE.  NO BATTERIES, NO AC ADAPTER……….NOTHING.

It uses 6 AAA batteries and they recommend alkaline but I have found that rechargeable AAA’s work just fine.  The batteries have a small continual draw on them, from what I have no idea but they die rapidly.   That would make you want to purchase the $30 AC adapter.

Let’s go back in time for a history lesson, shall we?  In the early 1900’s a gent by the name of King Camp Gillette came up with a business model in which he said, “Give ’em the razor; sell ’em the blades”.  This has since been referred to as the “Razor and Blades Business Model” and it has been used MANY TIMES throughout business history.  The one instance almost everyone is familiar with is the cheap home printer where the ink replacements cost as much as a new printer.   The company could actually lose money on the cheaply priced printer that has but a tad of ink in it but MAKE A KILLING selling ink cartridges.

Kodak sold cheap cameras to sell film. Standard Oil gave away kerosene lamps by the millions so you’d buy kerosene.   It is a proven business model.   Here’s how it comes into play with the PT-D210.

Cheap printer with the capability of more expensive printers EATS BATTERIES.  Eventually you get pissed and buy their AC adapter.  Here’s the catch.  As I stated above the AC adapter is THIRTY DOLLARS.  Pardon my French, but that’s fucking highway robbery.   Laying around your house are a million power bricks that you don’t use anymore.  You’re probably thinking you can use one of them………..You’d be wrong for thinking that since Brother reversed the polarity on their AC adapter and plug.  The positive and negative are backwards.

That means you are pretty much stuck with their overpriced adapter.  There are cheaper alternatives such as this adapter for $9 which works perfectly.  $9 is kind of too expensive in my opinion as well for a cheap Wall Wart power supply from China.  Here’s a pic of the Reverse Polarity.  Notice my meter says MINUS 9.18 volts with the red meter lead inside the barrel.  Reverse polarity.  That really is some dirty shit. 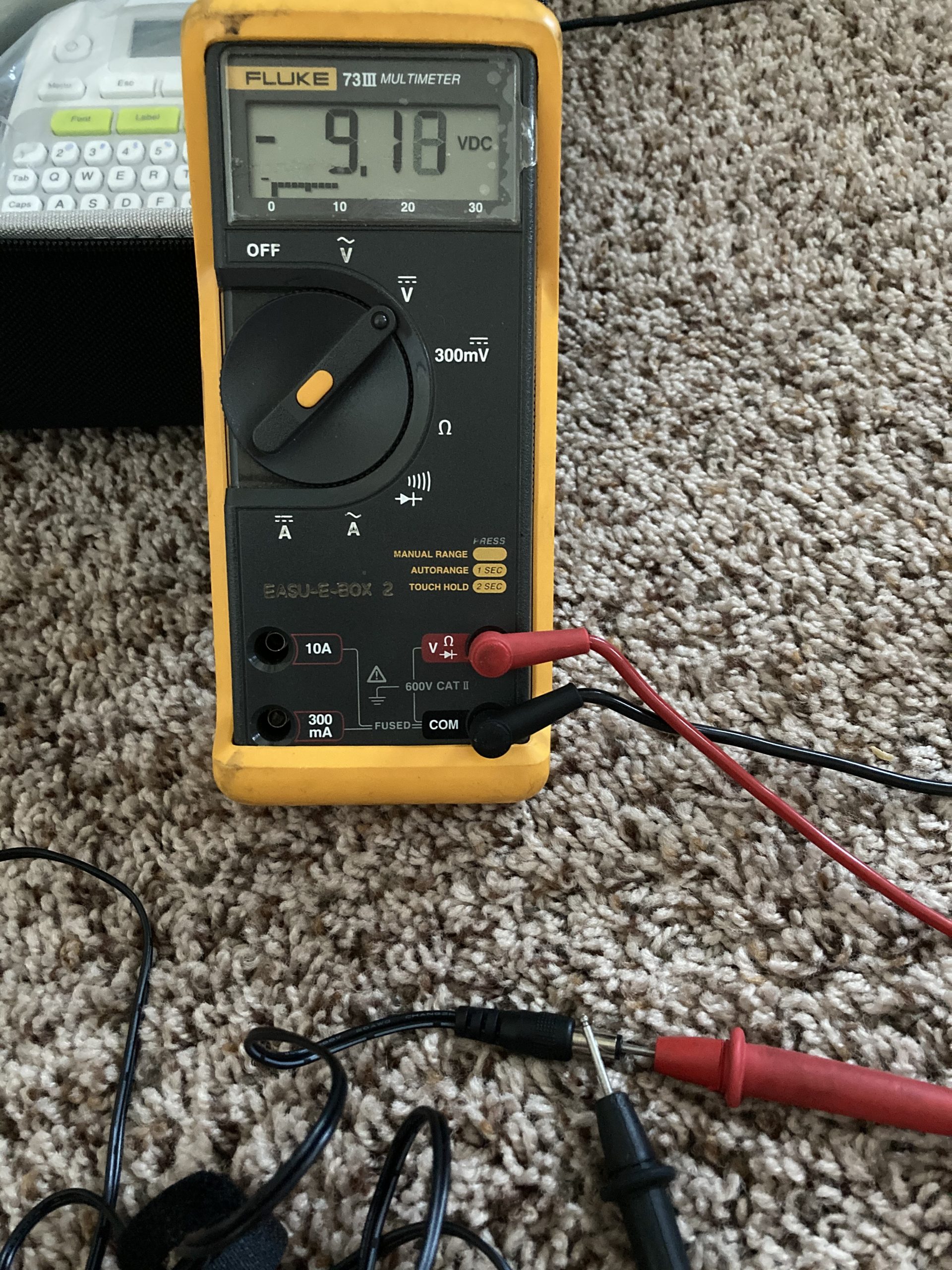 LET’S REVIEW:  Brother makes a device which purposely eats batteries and then they sell you a specialized AC adapter at a massive inflated cost.

Soooooo, What’s a geek to do?  You can make your own AC adapter if you can solder.  The barrel connector is 5.5 x 2.1mm  but would need to be soldered up in reverse polarity by hooking it to an old power brick that delivers 9 volts.  By the way 9 volts is also a bizarre value.   I think it probably best just to buy a $9 adapter from my link above.

Also you CAN TAKE THE BATTERIES OUT AFTER EACH USE.  Yeah, that sounds like a pain, but so is hooking up an AC adapter every single time.  It’s no more of a pain really.

PROBLEM 2:  IT WASTES TAPE LIKE THE GOVERNMENT WASTES MONEY.

There are ways to mitigate it SOMEWHAT, but make no mistake, this printer uses a lot more material than it needs to.  I won’t get into how to minimize tape waste as it is written in a million reviews already and to be honest the mitigation practices don’t minimize the waste stream a whole heck of a lot.  The Brother motto seems to mirror King Camp Gillette’s,  “Let’s give them a printer and make them buy an expensive AC adapter and lots of expensive cartridge tape refills.”

Another minor issue is that the LCD screen has no backlight. The screen intensity is adequate until the room starts getting a little dark.  A backlight would be a great addition to this machine.

Other than that this is a great printer.  The quality is good, TZE tapes are high quality (If using authentic Brother tapes).  There are lots of frames, symbols, and templates.  You can get pretty creative with this label maker despite the fact it only prints on a maximum width tape of 1/2 inch.  Here’s a project I did with it last night (Raspberry Pi + Software Radio that streams police digital communications): 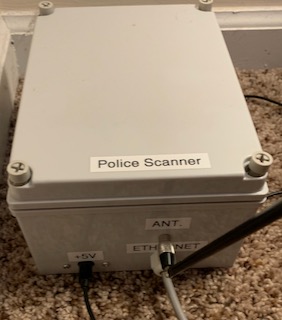 The labels are just fine and look adequate, basically as well as any other label maker you’ll find anywhere.

The limitations are that the tape width is a maximum width of 1/2″ which is not that great.

The more artistic symbols and frames are geared a lot towards festive events for DIY hobbyists.  This is great for a party planner or kids birthday party or any similar type event.

It is also perfect for labeling spices and containers around the kitchen and all the other things you’d use a small label maker for.

Final thoughts:  For $20 it can’t be beat but just know what you are getting.