Trying to find THE fitness tracking eco-system is tough.  There is no shortage of Fitness Watches and Fitness Trackers and many of them, especially the Chinese entries have their own eco-system.  I suppose that is okay as long as you like it and you stick with it. 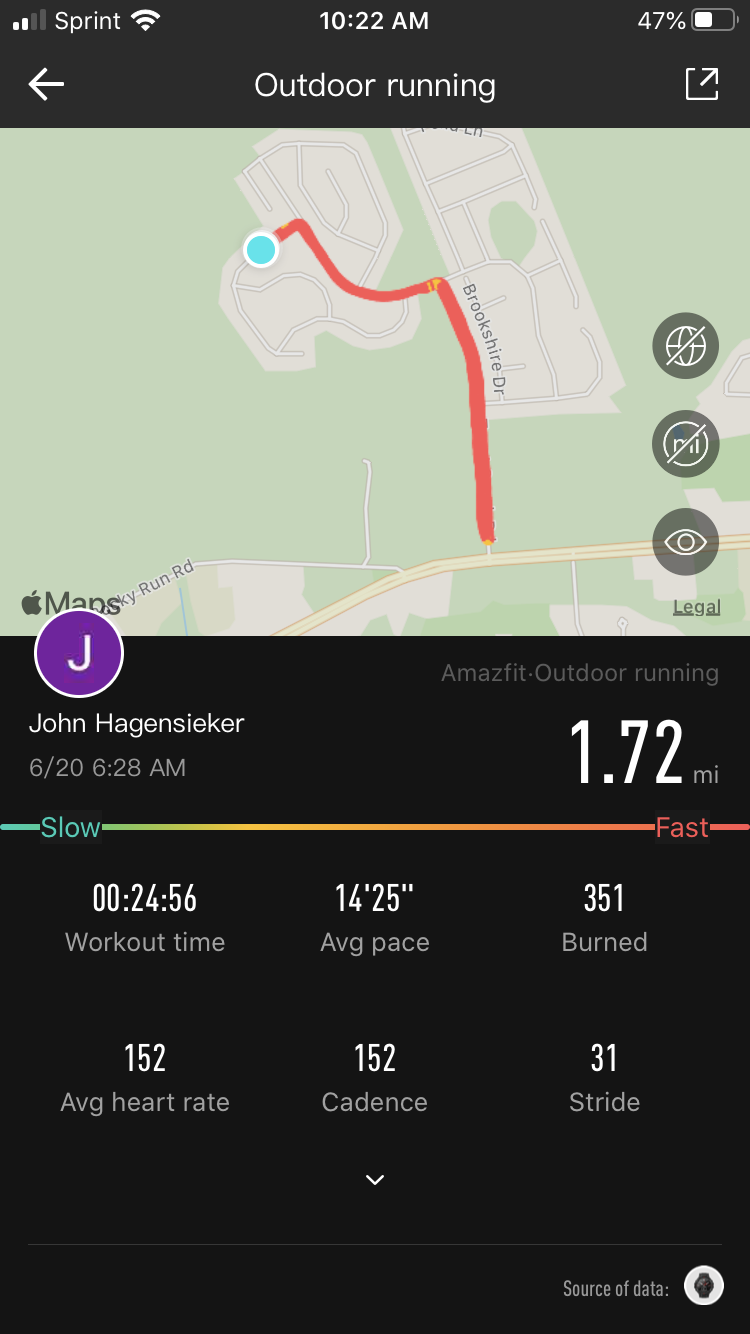 What do I mean by an eco-system?  Your definition could be different than mine.

In my mind there are only several eco-systems such as Strava, Garmin Connect, Fitbit, and the 3rd party software such a RubiTrack.

With these systems you can do all kinds of stuff like view in a web page/browser, share your workouts with friends, and also compete against others virtually.  Strava will break your activity into segments and compare yourself against others who have Strava and who have used the same route.

For example one segment of my bike rides I usually traverse at 39 seconds only to find out there are guys who have done it in 16 seconds.  Oy Vey! No call from the Olympic Team this year for me.

First of all for you tightwads Garmin Connect is FREE.  You buy a Garmin device and you can use either Garmin Express or Garmin Connect for free.  If you are a hiker or geocacher or adventurist even the Garmin Basecamp (mapping) software is FREE.  Garmin devices may by and large cost a few more bucks but their devices and suite of software play very well together and Garmin Connect almost rivals Strava for all the little extras (that you have to pay for in Strava).  And it is easy to share your efforts with others.

If you are just deciding on where to start with Fitness equipment and software I strongly recommend Garmin.  I have never really experienced weirdness with Garmin hardware to Garmin software importing.

I have however experienced a LOT of weirdness with systems like Strava and other Fitness watch manufacturers.  For example I have an Amazfit T-Rex watch 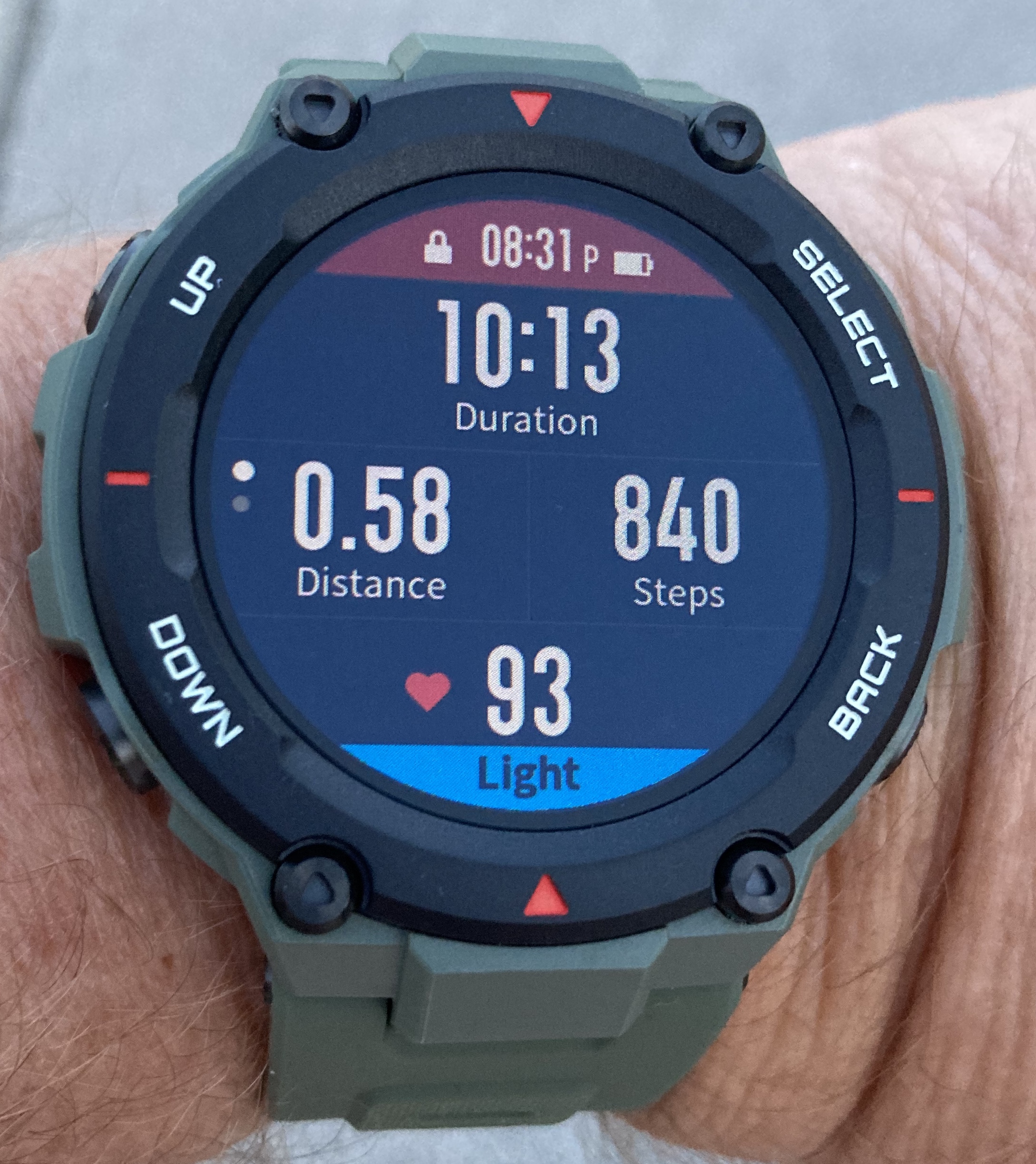 and while I WANT to love it, it is a gigantic pain in the ass. At least as it relates to exporting the data to Strava.  In general it works with its own app pretty well.   But if you set up Strava integration in the app…….Stand by.  Because either Strava is having issues, or the Amazfit app disconnects from the Strava integration and then you see this:

Unbelievable.  I’ve only had the Amazfit a couple of weeks and this has happened more than once.  So I finally write everybody……..Strava and Amazfit and probably before they saw and responded the service was restored.  Great.  So I strap up the Amazfit T-Rex and go take a bike ride.  For the first 10 or 15 minutes my heart rate is a fraction of what it should be.

I stopped for a second and wiped all the sweat off and slid the watch back a hair and it began to slowly come up.  So maybe it was where the watch was resting on my wrist.  Still this never happens with my Garmin.

Also for all the problems I have with Strava and Amazfit and even Fitbit for that matter……I have almost zero problems with my Apple Watch and Strava integration.   Maybe the software engineers work better together or something.  I dunno.   But there is nothing worse than bagging a run or a ride and coming back only to find out that your data will NOT upload to your service of choice.

So I recommend at the MINIMUM to make sure to get a watch and service that allows for import/export of GPX, or TCX files.  Worst case scenario you can get the GPX activity from the watch and manually upload it to a service.  Otherwise your data is just lost in space somewhere.

Here’s another watch worth mentioning.  The Honor Magic Watch 2.  Great watch, with great specs but it doesn’t upload to any eco-system but its own app.  There are some internet geniuses though that made some free 3rd party super geek software called Hitrava that takes a watch from Honor or Huawei (same same) and allows you to convert the data to a TCX file extension that you can then upload to Strava.  Yeah, its not automatic like some other watches that just upload the data as soon as you stop the activity but what the heck.  At least you can do it even if that way has multiple steps and is geeky.  Let’s face it.  When you come back from HammerTime™ and are all sweaty sitting down and doing a couple things on the computer is not all bad while you cool down.   Not optimum but not a deal breaker.

Or you could avoid all these problems by just buying a Garmin.  By the time you buy the Strava subscription to get the cool features you want, and pay for the in app purchases or the 3rd party software like RubiTrack that tracks them all in one place you can afford to pay more for the Garmin.

The Garmin Vivoactive 4 is currently my favorite.   Here it is with an old Garmin Edge 705.  Don’t be afraid to buy a generation or two older.  GPS hasn’t changed and neither have human hearts. 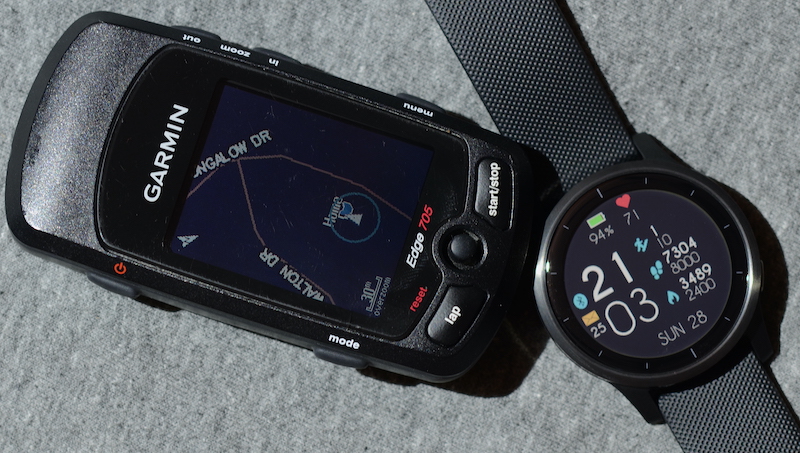 If Garmin would put a cell phone in a watch like the Vivoactive or Fenix 6 I could sell my Apple Watch.

1 thought on “All About Fitness Tracking”