I am a cord cutter.  In fact, since returning to the US in 2015 I never once bought cable.

Having previously lived in Japan I used the Armed Forces Network (AFN) satellite and had Netflix and Hulu.

So when I came back I stuck an antenna (Mohu 60) in the attic and got internet in the house and called it good.  After much fumbling around pointing the antenna and purchasing a high gain preamplifier  I was able to get ABC, NBC, CBS, Fox, and PBS at my location.

When I go camping I watch Over The Air (OTA) television too. Usually internet connections are not that reliable at the campground and I don’t want to use all my hotspot data on Netflix or whatever.  I’m perfectly content to watch broadcast TV when I’m just sitting around between adventures or if it is raining or something.  Besides, I’m a MeTV mark.  I love watching all those old shows from my youth. 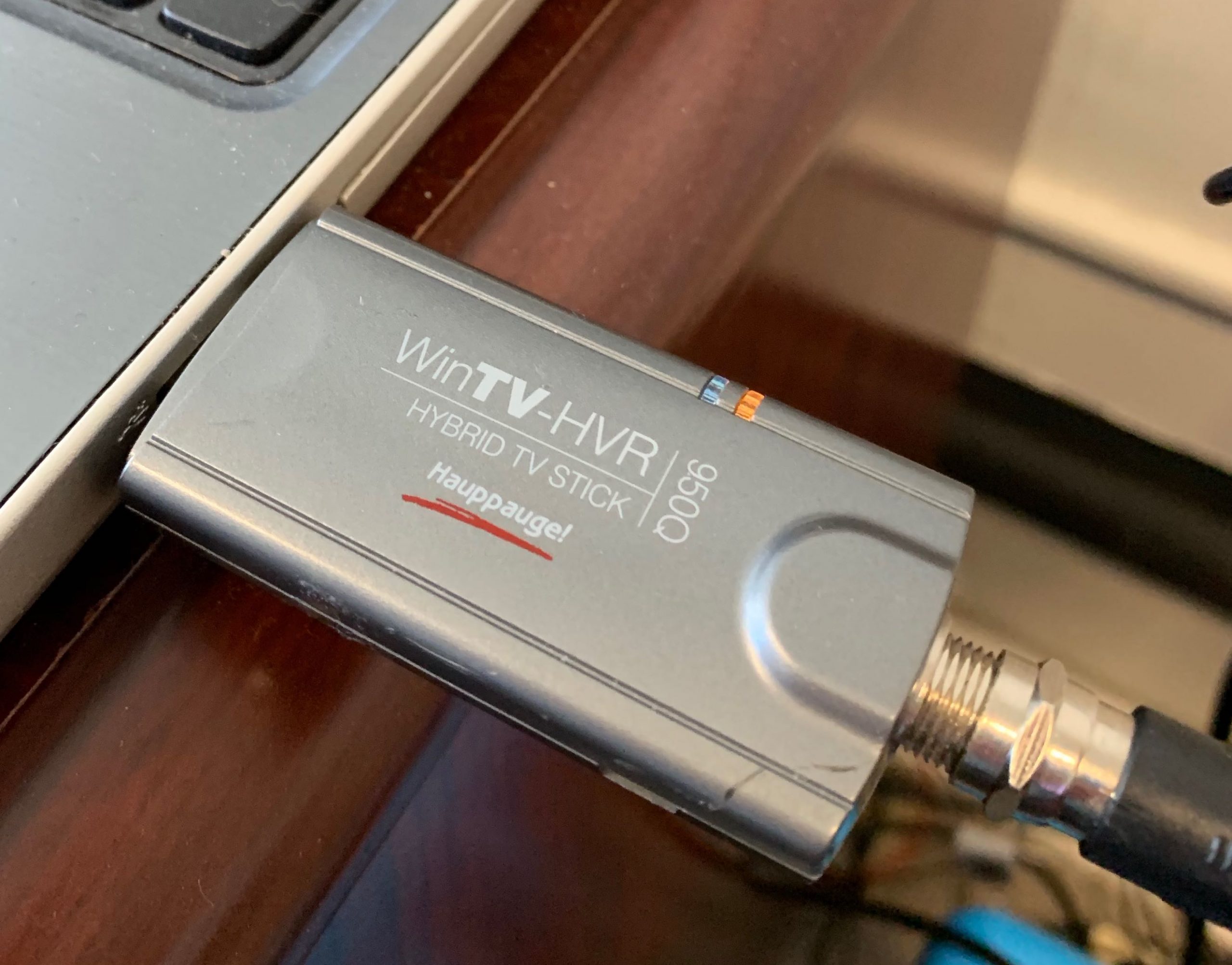 So I always travel with a USB TV Tuner and a little whip antenna.  Even at my favorite campground I get the NBC group of channels  (7.1) which includes MeTV so I’m happy.

But then I started thinking how cool it would be to replace the antenna in my attic and use that little Mohu 60 with the camper so I can get more TV and consequently bring in more FM radio stations as well.

So then I started researching antennas and that’s what led me to this post.  In a nutshell:

“The world of OTA Antennas is largely filled with lies, obfuscation, and more lies.”

I was kind of stunned at what I was seeing and you know what I’m talking about.  You’ve seen the commercials late at night for “Digital Antennas” or “HD Antennas” with a range of a hundred miles or more. Cut the cord, they say.  Buy this amazing antenna, they say.  First of all, know this:

“TV is broadcast on UHF and VHF and there is no such thing as an HD, or digital antenna.  HD refers to the amount of detail in an image or video.  It isn’t a broadcast frequency.”

On with the educating.  Concerning range.   70 miles is about the best you can hope for under OPTIMUM CONDITIONS.  Here’s a news flash.  THE EARTH IS ROUND.  It is said that 3 kinds of people know the earth is round.  God, Astronauts, and Ham Radio Operators who understand signals and propagation of signals.  I’m a Ham Radio Operator.  THE EARTH IS CURVED AND VHF AND UHF SIGNALS ARE LINE OF SIGHT (LOS).  70 miles folks, 70 miles.

If you read lots of antenna reviews you’ll hear people saying they get channels from 80 miles away.  That is certainly possible given elevation differences and TV transmitter antennas are on gigantically tall towers.  The higher the antenna, the further the range, especially if the receiving television is in a valley or something.  Even at that you almost never see people say they get a channel 90 or 100 miles away.  While possible in some circumstances it just isn’t the norm. 70 miles is realistically the best you can hope for.

Here is where your TV channels exist on the frequency charts.

Here’s where it gets tricky with antennas.  When selecting an antenna you need to know what channels you can expect to receive and whether they are VHF low, VHF high, or UHF.  These are 3 different frequency ranges entirely and for an antenna to do all three extremely well is asking an awful lot of your antenna.

Lets say I lived somewhere that all my channels were UHF and all came from the big city nearby and I lived on the flat plains in Kansas.  All I would need is a cheap UHF antenna, heck maybe even a cheap indoor UHF antenna.  Now let’s say I live in New Bern, NC.  Go to AntennaWeb.org and type in your address.  I have found that AntennaWeb gives the most realistic results of all these kind of web pages.  The results will come back looking like this: 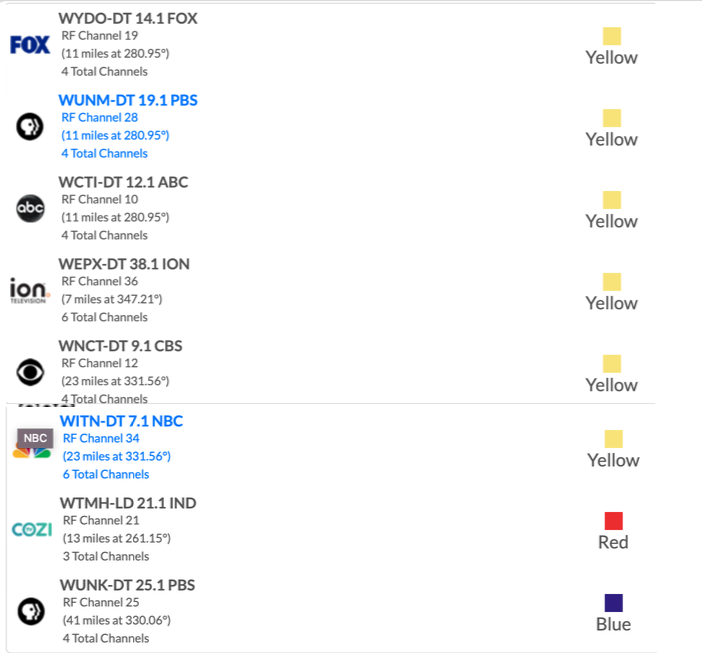 Notice it shows the real channel numbers in there. I can now figure out that I have 2 VHF High channels and the rest are UHF.  (Channel 12 is VHF channel 10, and Channel 9 is VHF channel 12).  Gee, that’s not confusing at all is it?  Also the color codes give you a decent idea of what kind of antenna you’ll need. 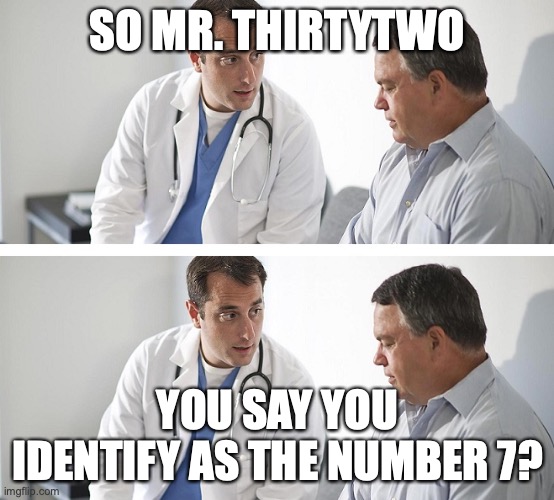 Okay, now lets see where those channels are coming from.  On the same page there is a map with corresponding color codes.  I’m going to get all the yellow stuff by essentially pointing my antenna North West.  Even though the blue and red stations are way less likely to be received I probably can (and I do) receive the blue channel, because, hey, it’s in the same direction. 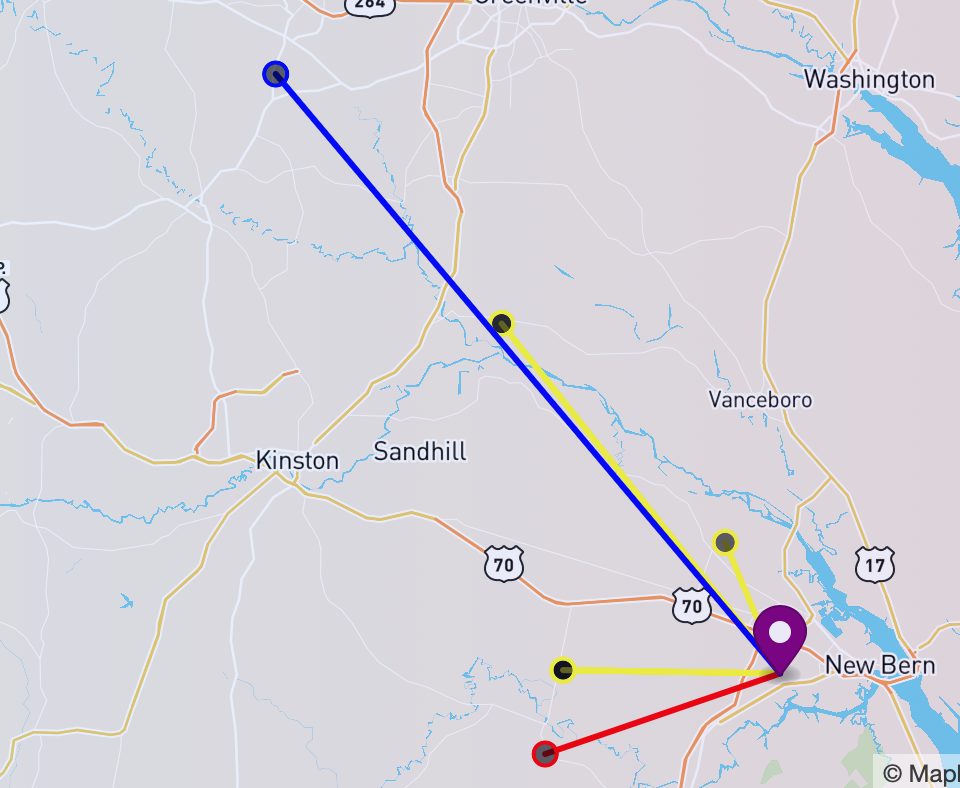 Now, the red channel is slightly Southwest.  There are going to be problems getting that and in fact I DON’T get this channel.  I can get this channel but turning my antenna to the SW a little makes me lose the yellow channel furthest on the right.  Makes sense, no?

The blue station (WUNK) is 41 miles from me and is the furthest station from me so my issue isn’t with range, it is with direction.  The red line and the yellow line furthest to the right are roughly 90 degrees from each other.    So we need an antenna with good coverage or we may need to accept that it is one or the other of those two channels which is what I’m doing now.

Ways to overcome this………… Get an antenna with a WIDE beam angle and put it up as high as you can and point it right in the middle of all that mess.  “But, but, but, we live in an HOA which doesn’t allow antennas”

The Federal Communications Commission (FCC) has a Federal Rule that basically says “NO ONE CAN TELL YOU THAT YOU CAN’T PUT AN ANTENNA UP TO RECEIVE OTA TV SIGNALS.”  There are some exceptions to this such as historical buildings and such but in a nutshell, no HOA can tell you that you can’t have an antenna.  Oh, they tell you, but they are wrong and in violation with Federal Regulations.  Look it up for yourself.

So now I really know what kind of antenna I need, where the stations are and whether they are UHF or VHF.   I receive the VHF High Channels now with what I have as they are close and strong, sorta.  What I need is an antenna that performs extremely well on UHF with a wide receive angle.

I opted for this:  The Antennas Direct ClearStream 4MAX.  Antennas Direct makes another antenna (although it may be discontinued now, not sure) called the Clearstream 4V.  Obviously the V stands for “VHF” as it has an extra VHF element on it. Most antenna review places give a tiny nudge to the 4V and it is cheaper but doesn’t seem to be in stores anymore.  I got my 4MAX at Lowe’s.  Best Buy sells them as well.   I went with the 4MAX because, again, I have no problem with the VHF High channels in my spread.  I need wider UHF coverage!

So how does the 4MAX work you ask?  I honestly haven’t installed it at home yet because I’m camping but here’s the deal.  I told you before I have a USB TV Tuner and a whip antenna and I get channel 7 which has 6 sub channels.

I sat the VMAX on the ground, leaned it against the camper, pointed it in the WRONG direction, I’m under a clump of trees and more or less in the woods and I started reliably receiving 7 channel groups with 32 channels.  Just imagine if the thing was stuck in the air pointing the CORRECT direction! 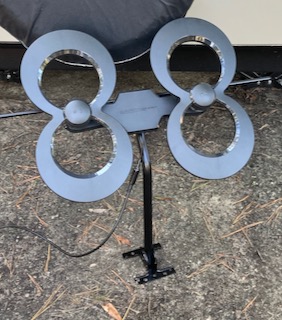 I live in a challenging reception area.  I currently have to make compromises and made a “one or the other channel” choice. You may live in downtown Jacksonville Florida or Dallas Texas or some other big market.  Sticking a wire in the back of your TV may get you DOZENS of channels.

But for Gods sake, don’t buy a TV antenna based on a late night Television commercial that knows NOTHING of your particular nearby TV transmitter configuration.