It is nearly impossible to buy a new bicycle from the local bike shop but there are a lot of used bicycles out there.  Beware though as it is a sellers market and if you see a gem you should snatch it up as quick as you can.

The funny thing I think I have noticed is that vintage (1990 and older) bikes are reasonably priced.  Just looking through Facebook marketplace shows some very fairly priced Trek 800 and Trek 830 bikes.  Those were Chromoly Steel bikes and many, many people use these  old steel frames to build up top of the line touring bikes.  So the Facebook Marketplace sellers have it exactly backwards on the vintage stuff.

Which leads me into my next point…………As long as the frame and the fork and bottom bracket is okay MOST EVERYTHING ELSE IS A CHEAP AND EASY REPLACEMENT.

Case in point.  Here’s a Tern Folding Bike I found a while back.  I will use this bike as an example of used bike selection.  It was in essentially good shape with minimal issues that were cheaply fixed.  It also came with lots of extras making it a good purchase candidate. 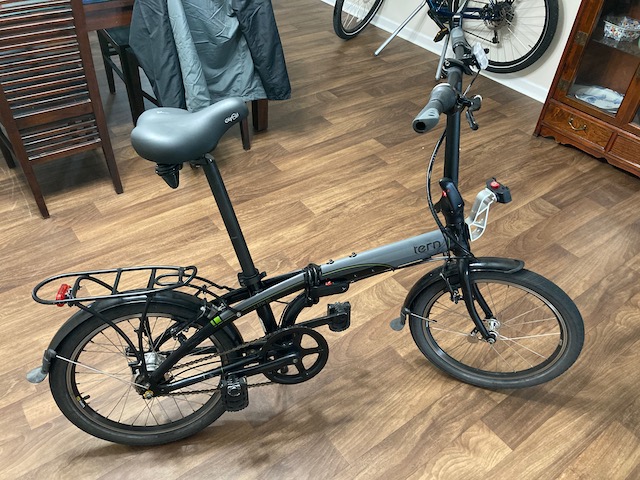 There was quite a few things that needed some attention on this bike BUT IT WAS STILL A GOOD DEAL because none of those things cost a lot to fix.  Here’s a list of things I noticed on first inspection:

The Nexus 7 Integrated Hub was WAAAYYYYYYY out of alignment.  Obviously whoever had the bike was a twister and fiddler with not a good grip on what the twisting and fiddling did.  On a Nexus Integrated Hub  the shifter has a window.  When the shifter is on number 4 the two yellow lines need to line up.  This was so far off it wasn’t funny and it kept dropping out of SIXTH gear……….turns out it wouldn’t even go in to 7th gear. 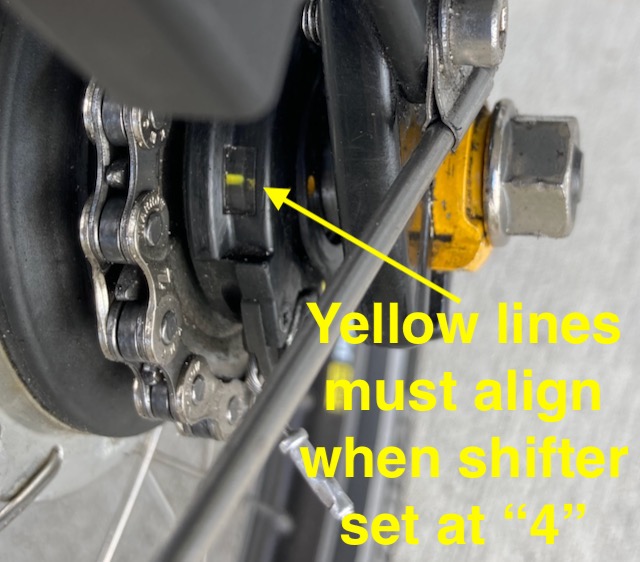 Two new brake cables, a new saddle, and two new Schwalbe Big Apple Tires later and some adjusting and this is what we have: 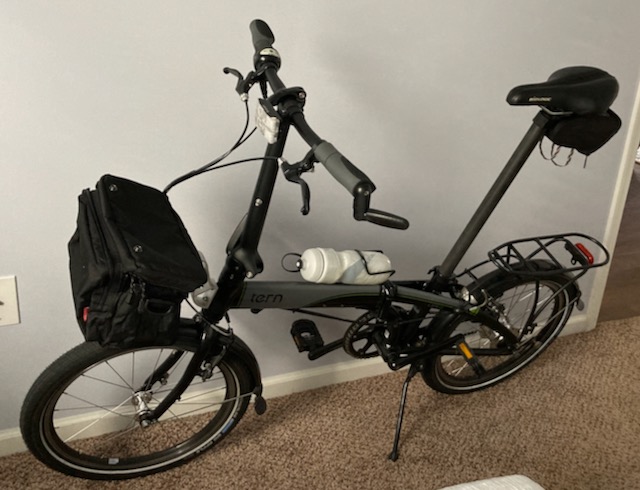 Tern D7i After Some Loving

This baby is ready for Prime Time!  This was a good solid purchase and the bike is as new again. The Tern Link D7i is very similar to a Dahon folding bike and in fact the company Tern is run by the wife and son of the guy that runs Dahon.

One of the things that attracted me to this bike is the included rack, fenders, a Klickfix bracket and Cats Eye lights.  All of that stuff are things I would put on my bike and Klickfix compatible brackets especially are NOT cheap.  And you really need to factor things like that into the bottom line price you are willing to pay. 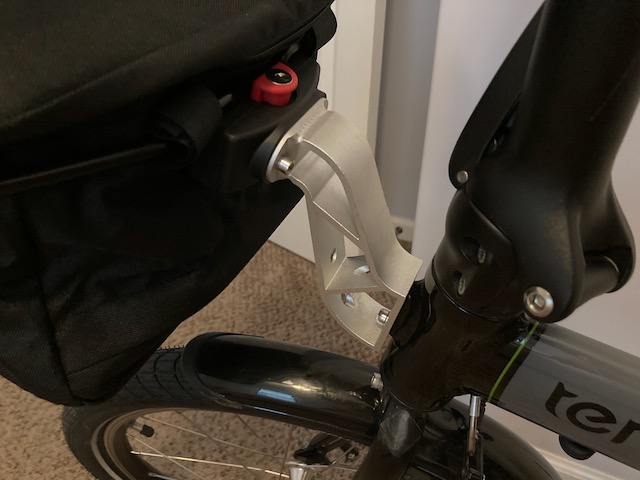 I am considering getting a new seat post for it as the original one is kind of faded.  I have an extra Dahon seat post laying around here somewhere that is brand new and shiny.  Problem solved. 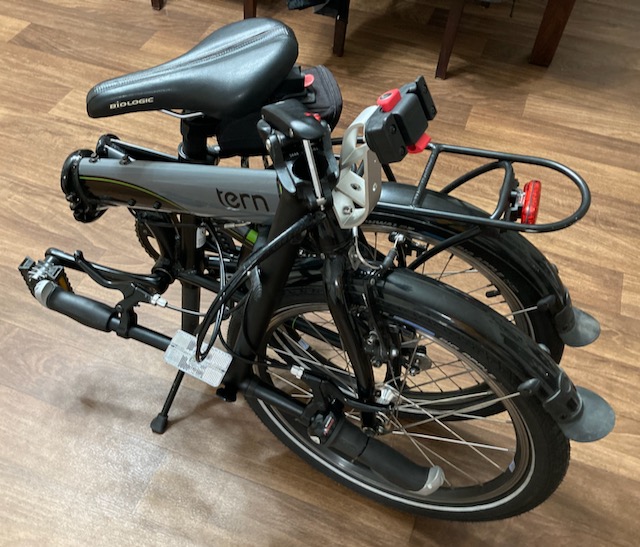 So if you find a good used bike check for the following:

In my mind that is about it.  If the frame is sound and the bottom bracket and crank is okay most other things are a relatively simple fix.   Tires and tubes, and cables are easy and cheap to fix.  Even handlebars and derailleurs and cassettes can be changed if need be and heck if you are looking for a bike to build up and be your dream bike then you may be planning on changing or upgrading all that group stuff anyway.

So anyway, again, when I look at a used bike I look at the MAJOR ITEMS and IGNORE the minor things that I may clean up or change anyway.  And I like working on bikes. It is like therapy to me.  So no matter what I’m likely to dig in just a little bit anyway.  I like to change cables even if they seemingly don’t need to be changed.  If I put a new brake or shifter cable on something, hey, I know it is new and I can also get a feel if the cable housing or noodles are gunked up.  In other words I WILL KNOW if all is well in Cable Land™.

Here’s my Tern.  When I first test rode it the brakes essentially DID NOT WORK.  Again, one quick glance and I knew it wasn’t really an issue and one that I could easily tackle.

Don’t discount that old rusty bike with the broken chain, is my point here.  With a little love you can easily make it like new again.