I got one of those Ortur Laser Master 2, laser engraving machines.   This is not really a review of the machine but suffice to say that I think it is awesome.

It is not the end all, be all machine for laser engraving for sure but it is WAY more than enough for most hobbyists.  Also it will do things that technically it isn’t supposed to do thanks to the ingenuity of community of people behind it.

Rather this post is about adding Air Assist to the laser.   In short if material is too thick to cut and takes many passes an air assist system will speed things up and produce much cleaner cuts free of smoke and burning.  In the picture below you can see evidence of burns in the lines and especially where the lines are close like in the “E” and the top of the logo.

Slight burning marks on logo and prominent on “E” 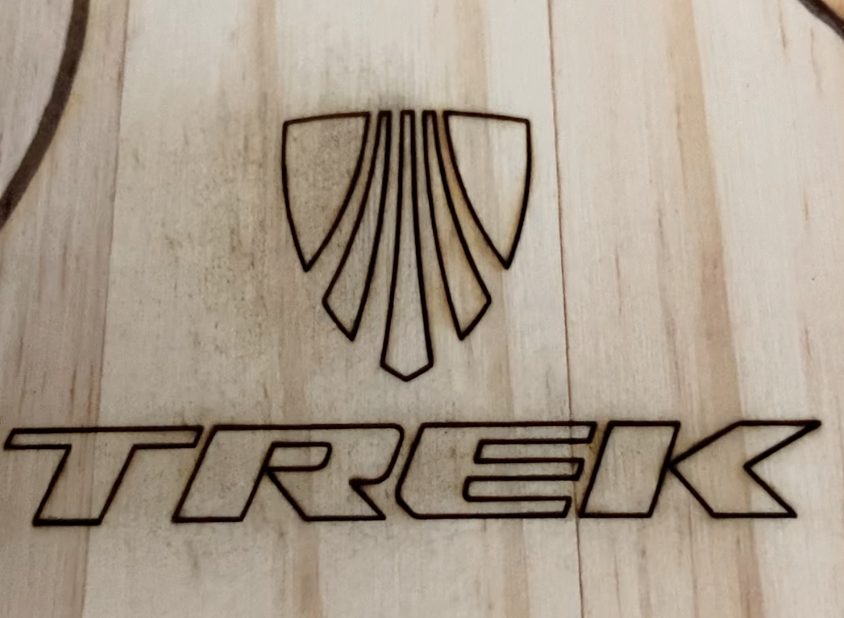 You can see the advantages of air assist, even on minor engraving operations.  I will concede that there may be times when you might WANT the burning.  Say if you were replicating an old Wild West sign or something but for the most part nice clean burns rule the day.

Adding Air Assist is easy.  You need a nozzle directed at the cutting surface, some aquarium tubing and an air pump.

I got the 3D printed part for the nozzle from here.  It says that it is for the Ortur Laser Master 2, 15 watt laser version but I can confirm it works on the 20 watt model with the LU1-4 laser WITH THE FOLLOWING EXCEPTION.   When I printed and installed the part it would not allow the X axis to hit the limit switch.  Translation:  It stopped the printer from homing because the tab where you put the screw and nut in to secure it to the laser was ramming into the rails of the printer.

So……..I mirrored the print and flipped the tab over to the other side. 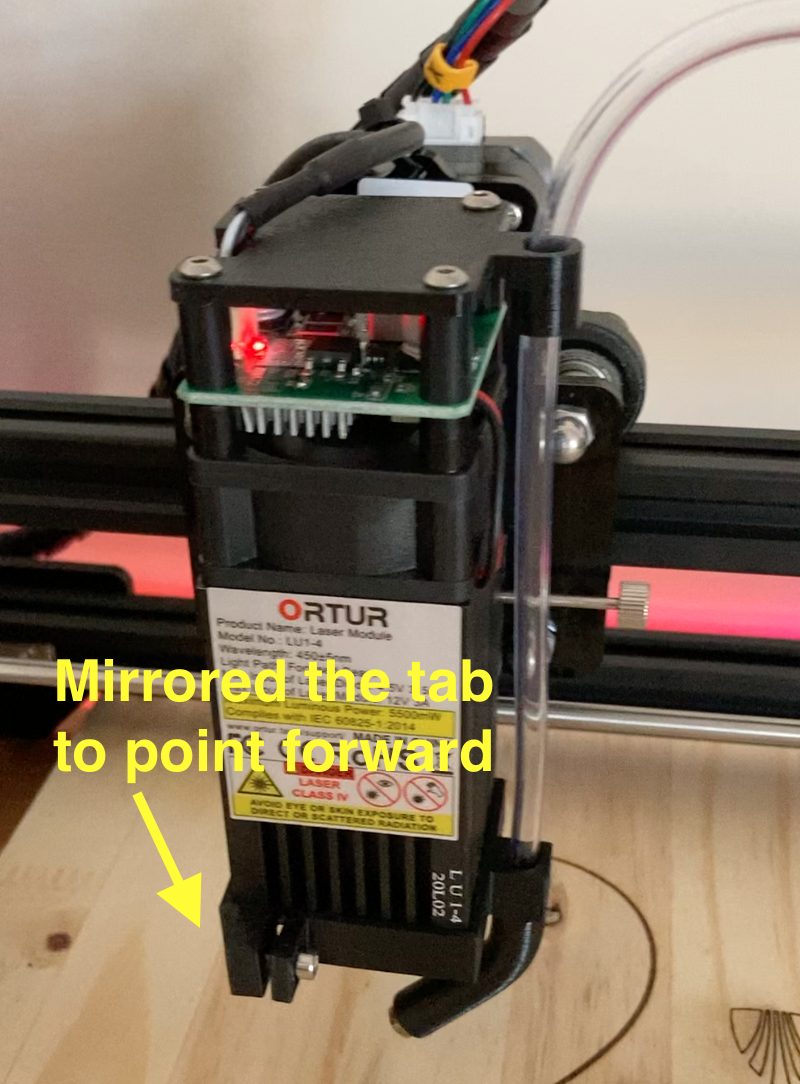 In the picture above you’ll notice that there is a piece on top which holds the aquarium air tube. Installing it involves removing the 4 screws and replacing the clear plexiglass cover that comes stock with the printer. it’s pretty easy.

In the bottom part the angled tube is threaded and I screwed an old 3D printer 0.4mm nozzle in the end. First I drilled through the nozzle hole with a 1/16th” bit to enlarge the hole a little.

Then I hooked the other end of the hose up to an air pump.  I started with a Walmart air pump which wasn’t pushing out enough air.  Then I used an Inflater which was awesome, but noisy and will probably ultimately cause the demise of my inflator.  I finally settled on buying a decent air pump designed for jobs like this.   I got this one from Amazon.

Here’s a video showing my first burns with Air Assist and shows the setup better.

At any rate, adding air assist to your Ortur Laser Master 2 is a MUST DO upgrade.