I ran a strip of WS2811, 12 volt LED’s in my home for years with a program from Bruhautomation which has kind of long since been obsolete and the author has archived the project.  Served me well for years.

The new kid on the block for controlling LED’s for effect lighting is WLED by Aircookie.  Awesome project.   For some reason though the hardware I’ve always used to drive the LED strip wasn’t working reliably with my new WLED setup.   Weird things like having the first 3 LED’s light up uncommanded while the strip was powered off and other things like not retaining the color or brightness from the last known state.

The data signal that powers the LED comes from the ESP8266 chip and is a 3.3 volt signal.  For a long run of lights to keep things working correctly we may need to amplify the signal to 5 volts.

This is where something called a Logic Level Shifter comes into play.

I previously had this level shifter in my circuit. 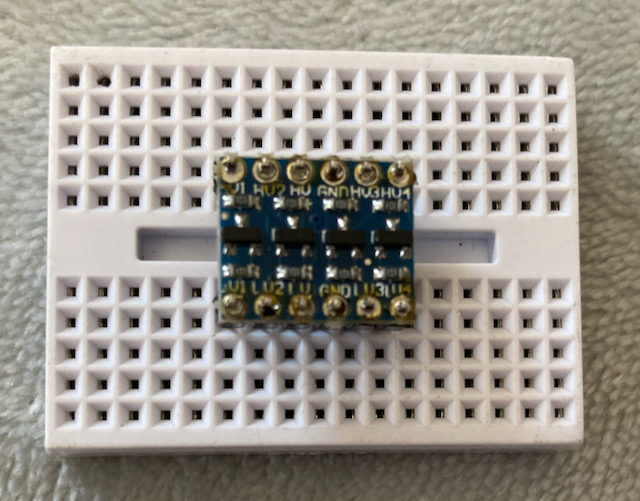 Some quick research on the interwebs indicated that quite a few people had far better results in WLED with Texas Instruments level shifters that have a faster switching rate and rise time.   I got this one, a 74AHCT125.  So far there have been no data corruption issues. 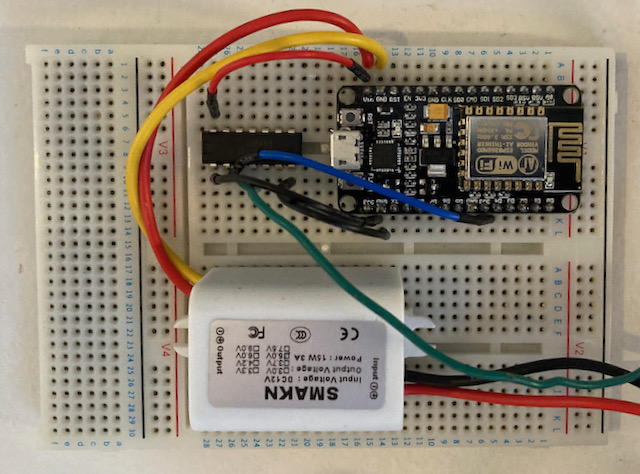 And finally, here is how you wire it up: 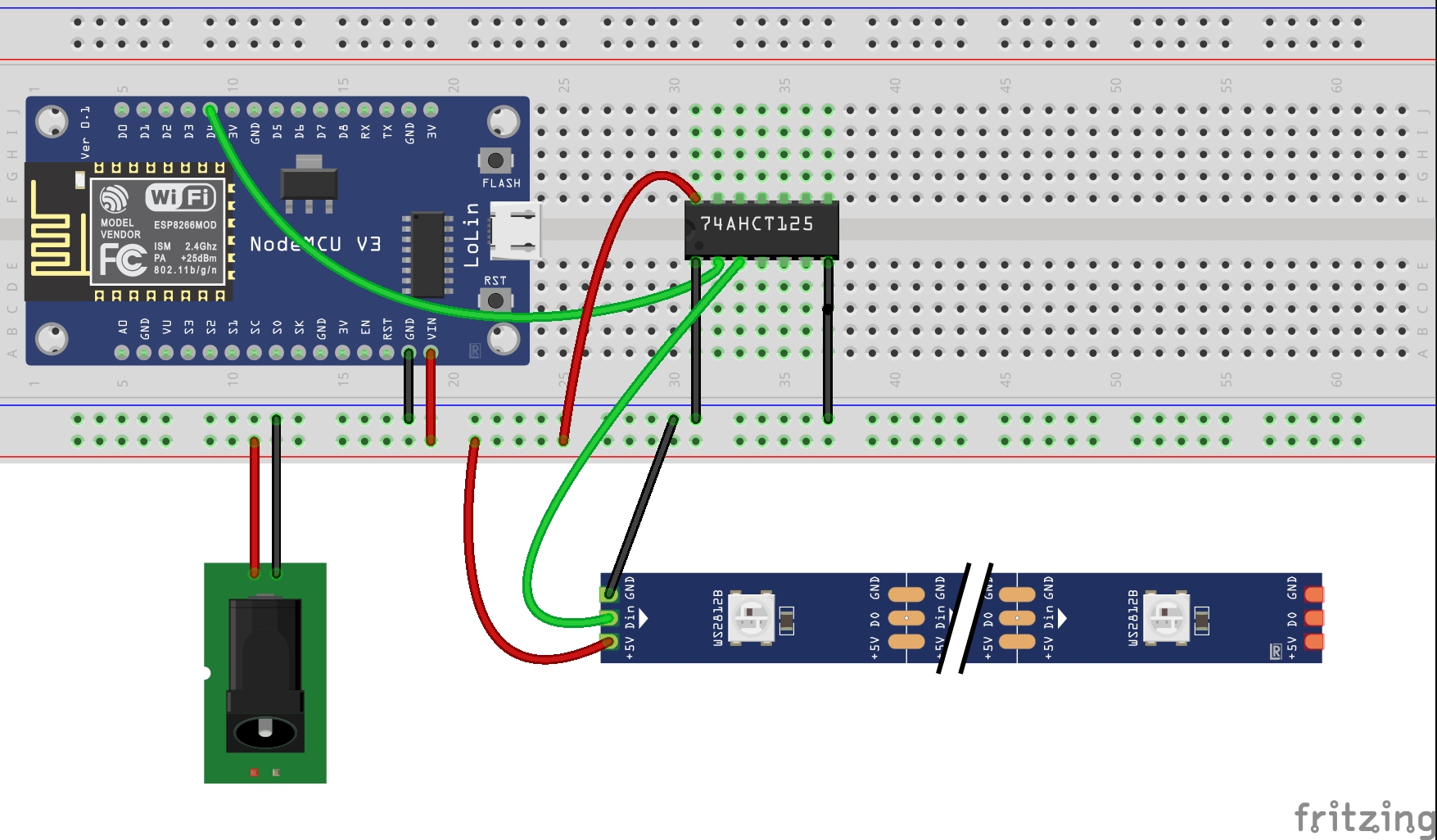