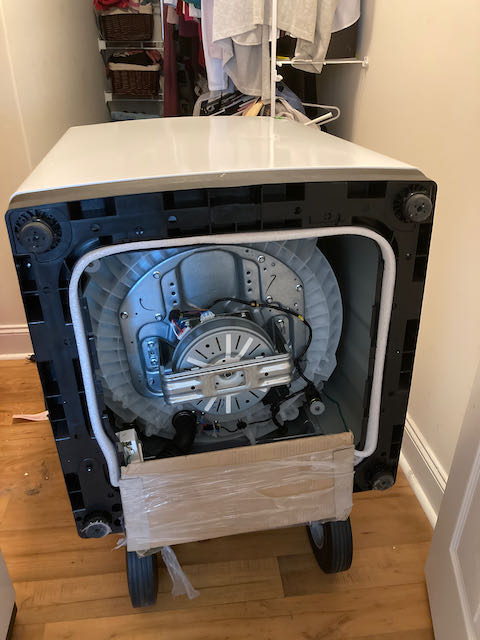 Hear a noise from your washing machine?  Call a repairman and you’ll pay them $100 just to ring your doorbell.  They’ll charge you double for parts and charge you labor as well.

A lot of new washers (or dryers) cost in the $400 and up range so you’ve hit the price point where you just are prepared to buy another one.  Ever wonder why Appliance guys are happy to haul your old stuff away for free?  They know there really isn’t much wrong with it.  They can fix it and resell it, probably to someone looking for a new washer because theirs is broke.

I am NOT knocking appliance repair people.  That’s just how it is.  That has been the system for years.   But the new system is FIX IT YOURSELF.  Everything that has ever broken has a YouTube video attached to it.

But now a lot of manufacturers are responding to that by not selling spare parts and not publishing manuals.  That’s wrong, and many states are enacting legislation to stop them from doing such things.  The premise is, that once I buy it, it is mine and I can fix it, destroy it, paint pink unicorns on it…….IF I WANT TO.  And they can’t, or rather shouldn’t be able to stop that.

So my girlfriend has a Samsung washing machine and it started sounding like a tire mechanic was laying down on an impact wrench when the spin cycle started.  A real ratcheting sound.

I leaned it back while it was ready to go into spin and it was evident that the ratcheting sound began when the clutch engaged.

Quickly, to the internet.  Get the model number of your washer and google that number + clutch or transmission or BRRRRAAPPPPPP (just joking).

Her model number was WA45K7600AW/AA.  Dr. Google revealed a new clutch was about $175.  Right there is almost half the cost of a brand new washer and that is if you DON’T have a handsome assed boyfriend to fix it for free.

I went to Ebay and found a used one for about $80.  What I basically knew though was it wasn’t as much the clutch as it was the Clutch plate which is made out of plastic.  The stupid plastic clutch plate is like $70 though so I figured it best to just buy the whole clutch.  The guy I bought from had 100% feedback with like 2500 sales of parts and had excellent pictures.  I could see the clutch plate blocks were fine.

So I lay her dying washer on its side and remove the bracket, and rotor. 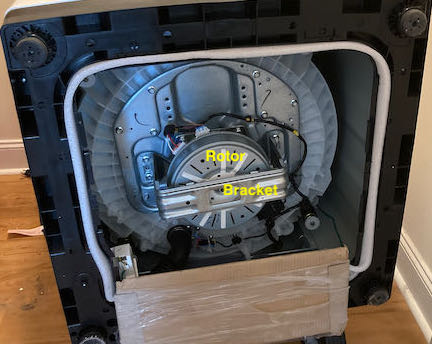 Sure enough when the motor field or coil was exposed there was oil and little bitty bits of plastic clutch plate all over the place. 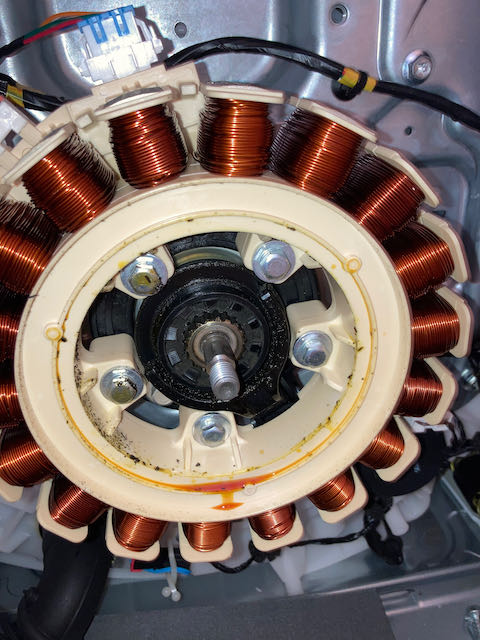 You can see how worn down the plates are.  They should be square blocks sticking up. 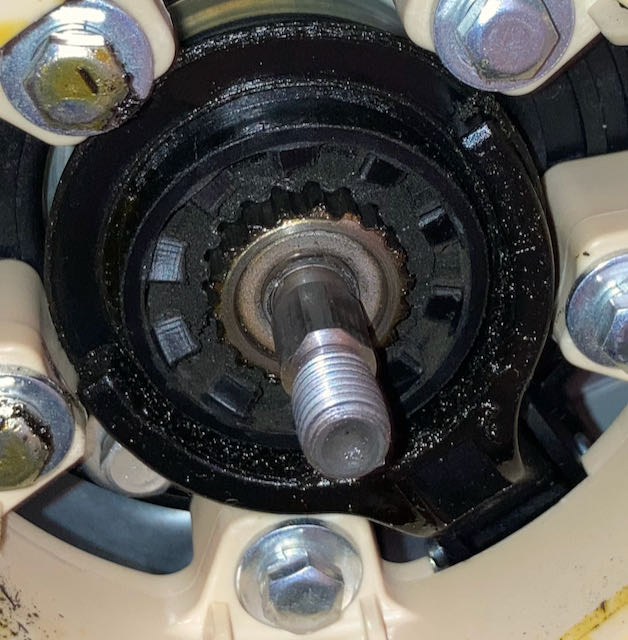 Anyway after removing the field you just take 6 bolts out of the clutch and drop it (way earlier in the process I had removed the wash plate inside the tub and the nut that holds the clutch in).  This allowed the clutch to drop right out.

Then reversed the process.  Installed new clutch, field, rotor, and bracket.  Laid the machine back up and put the clutch bolt on and wash plate and voila’.  Washing machine fixed for $80 and about an hours worth of time.

Don’t call the repair guy if you can do it yourself.  On a difficulty scale I would say this wasn’t very difficult and I feel like most people could do this.  You do need some metric wrenches and a hefty but short crescent wrench and hammer to remove the tub nut on top of the clutch. These may all be tools you have around the house or can borrow from a neighbor.  Full disclosure:  My 12″ crescent wrench wouldn’t open up wide enough so I ran up to Harbor Freight and bought a new sexy ass Chinese crescent wrench for $9.  Okay the repair really cost $90 now.

FIX IT YOURSELF!  Save some cash!  Impress your woman.