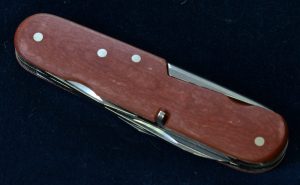 There are not tons of places that can say they have been in business over 100 years, much less 125 years.

Not sure why I’m sneaking this in a post about pocket knives but there is a Hot Dog joint in a nearby town to me (Bill’s Hot Dogs in Washington, NC) that has been open since 1928.  Okay, not quite 100 years but you’re still doing something right if you can sell the same hot dogs and super secret chili sauce for almost 100 years.

And so it goes with the Swiss Army knife.  They are doing something right.  It is so engrained in our culture that the very words “Swiss Army Knife” are synonymous with anything multi-purpose.  Actually the company stretches back until about 1884 but the Swiss Officer’s and Sports knife was patented in 1897.   To commemorate this anniversary a replica knife was released .

And here is what I like about it.  Not much has really changed with the pocket knife.   Oh sure, metallurgy has come a long way, and the tools are a bit more refined and specialized but essentially it remains nearly the same.   The can opener was an odd duck compared to the openers of today, but make no mistake, you can still open a can with it.

Let’s discuss the 1897 Replica a bit more in detail.

Only 9,999 were made and I was there waiting when internet ordering went live.  Oddly enough, a few days later the 1897’s are still available for sale.  I thought they would sell out in a hot minute.   They probably would have but the release price was $500 and many hard core, die hard, Swiss Army knife collectors have decided to opt out of this offering.  The Swiss Army knife forums I belong to are full of “Hard No At $500” posts.

As for me,  I got one.  And when I hold it in my hands I have to agree.  It is overpriced.  That’s not to say it isn’t a beautiful knife because it certainly is.  But it is more like $200 beautiful, not $500 beautiful, but the money has been spent and I have to set that aside and pray that my wife or kids don’t sell it in a garage sale for $10 when I’m gone.

In defense of Victorinox though I have to say that they probably had to create new tooling to replicate the knife.  Designing tooling from the ground up, isn’t cheap.  Even if they had the old tooling, which is doubtful, the original knife was made of carbon steel and this offering has modern stainless steel.  Translation:  They probably still had to retool the entire line to make this knife.

Here are a few pics I took of the knife.  It looks like great detail went into its design and use of modern materials.  It for sure is a keeper and is now a valued part of my collection. 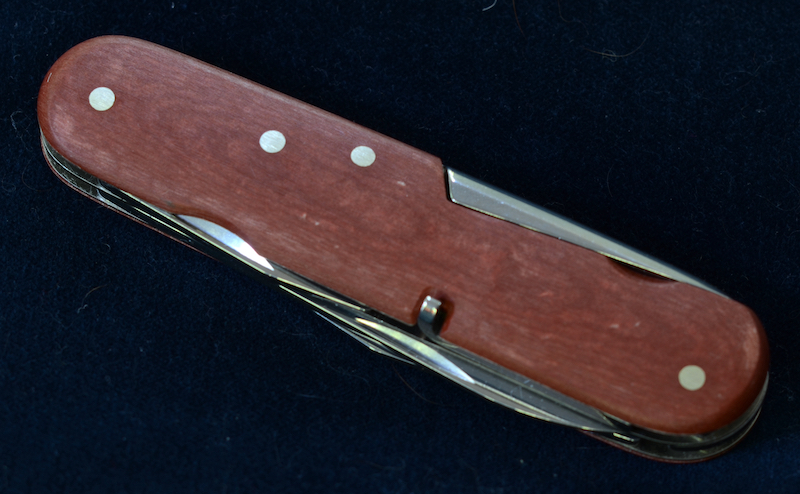 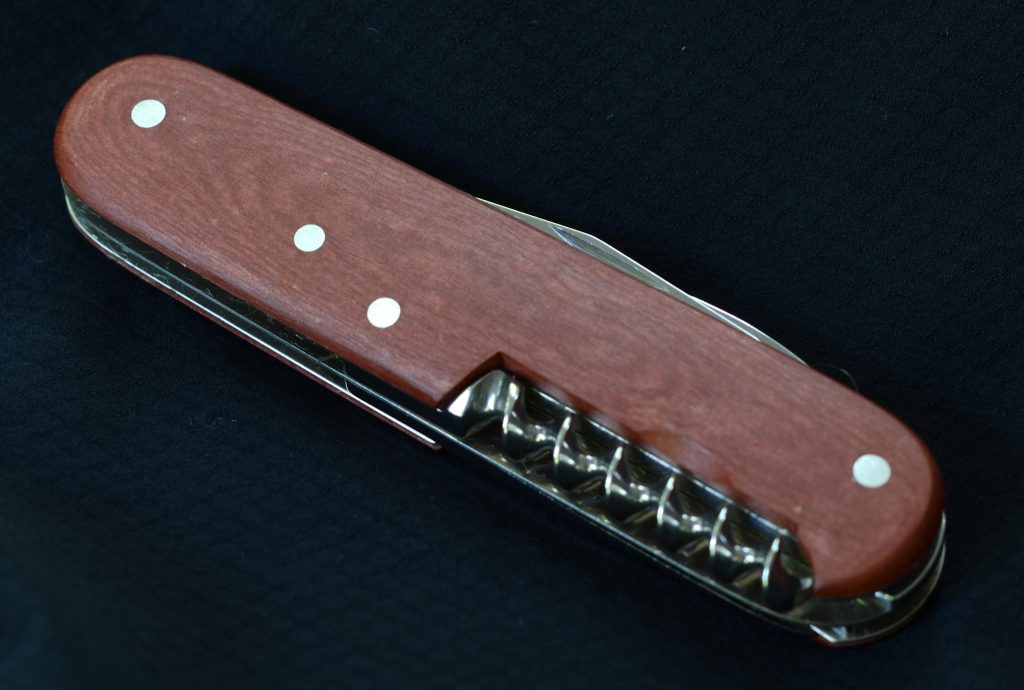 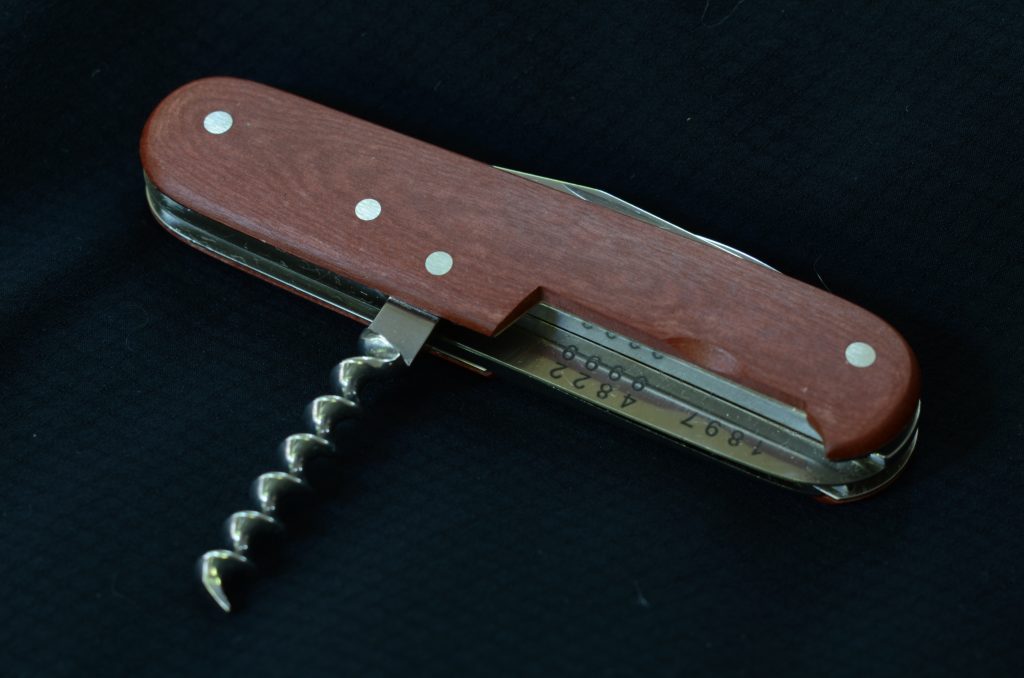 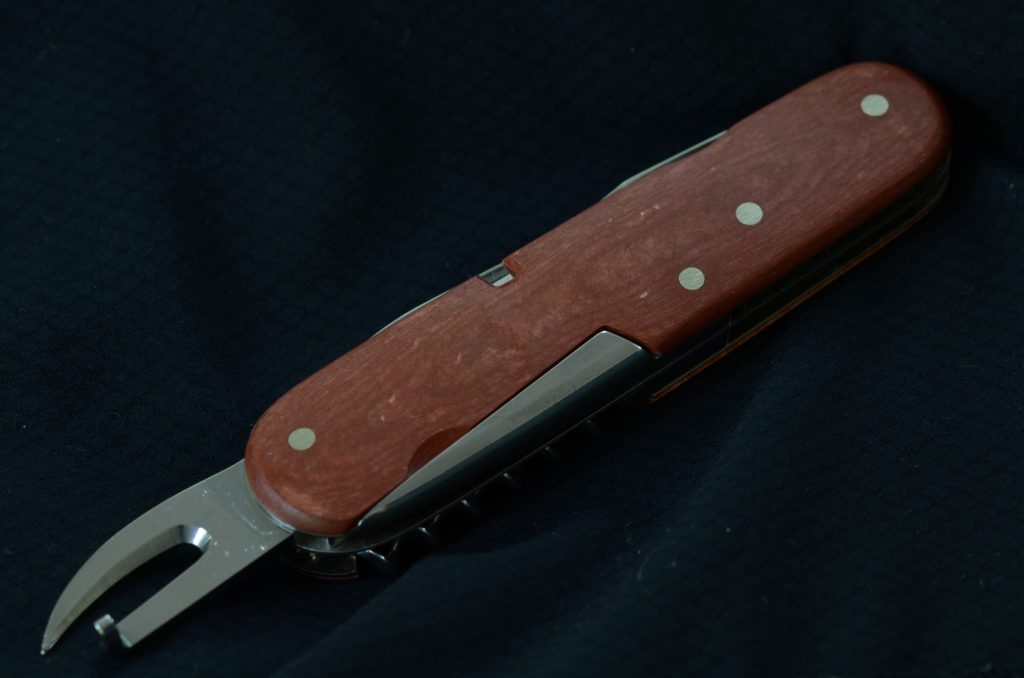 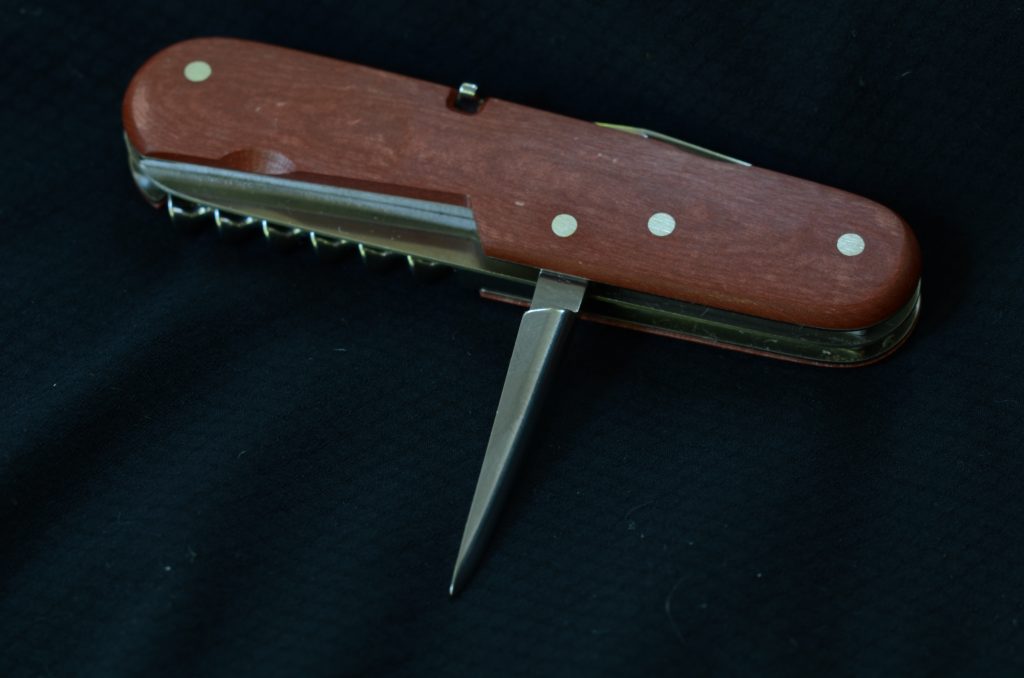 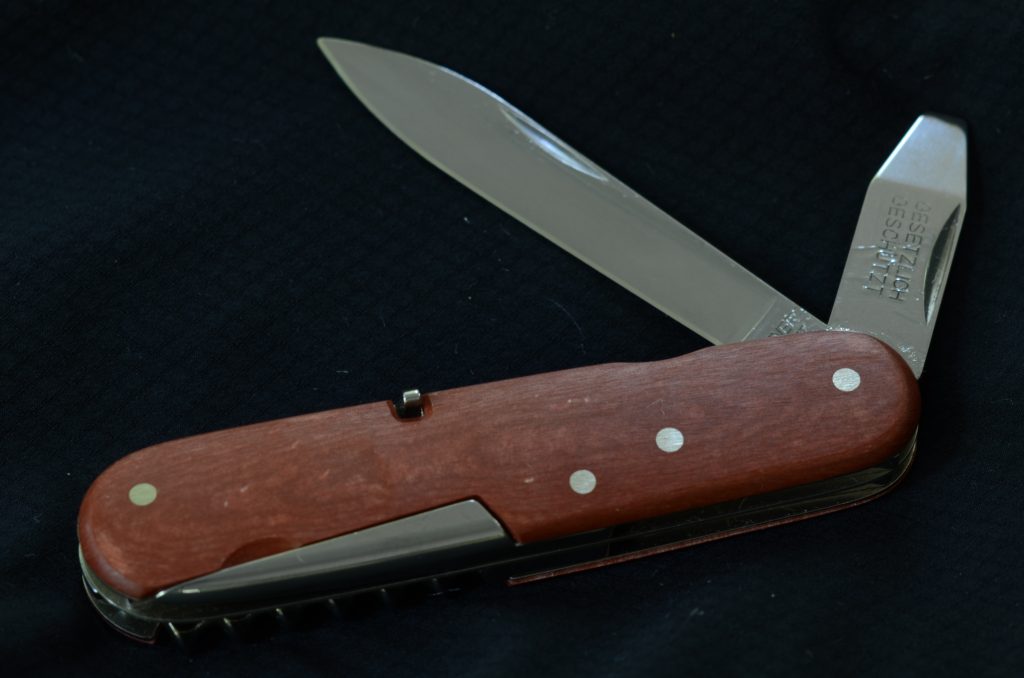 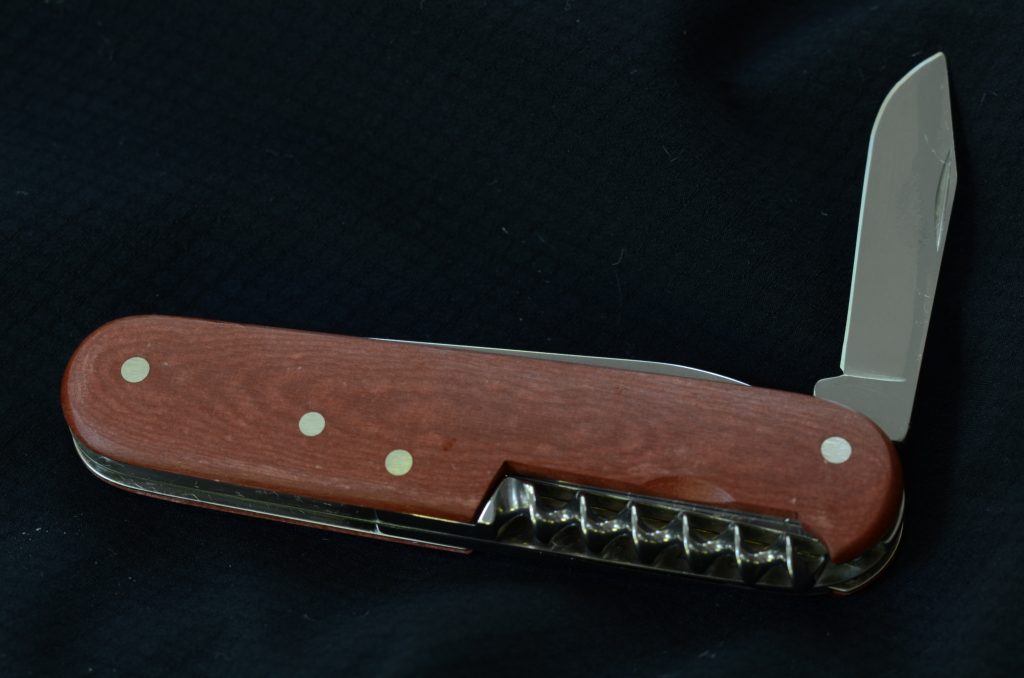 Again, the best part of this historical journey for me is knowing that the pocket knife hasn’t changed too much over time.  We use pretty much the same tools now as we did then.  There are a few notable exceptions that one might draw attention to such as modern knives having a toothpick, tweezers, Phillips screwdriver, and a bottle opener.  This isn’t really a problem since I have no plans on carrying a $500 knife.   But I do use the toothpick, tweezers, Phillips screwdriver, and the bottle opener.  Kudos to the evolution of technology and functionality.

1897 John would have only needed a screwdriver, and not a Phillips screwdriver as they were patented in 1936.  And 1897 John would have been content with the can opener to open the  big, thick, heavy cans of that time period..  And while crown bottle caps were invented in the 1890’s this knife doesn’t have a bottle opener,  unless the can opener works as one, but I’m not gonna be the one to try it.

At $500 this knife is not for everyone but perhaps the hardest of the hard core Swiss Army knife collectors.  Guess that makes me one!