Using an SDR device over your local network is pretty handy.  If you are like me your antenna connection for your SDR is in one place.   If you want to play “radio” you have to do it in that one place formerly known as “The Ham Shack”.  No more.  The Ham Shack can be anywhere in the house now.

Using an SDR over the network is nothing new but the various methods have pros and cons.   Essentially I want to be able to roll through 0 KHz to 1800 MHz from anywhere in the house.   In my previous blog I used an Airspy HF+ Discovery to stream to a Mac computer.  That worked perfectly but the Airspy HF+ does HF (plus a little more).   It doesn’t go 0-1800.

But my SDRPlay devices (RSPdx, RSP1a, and RSPDuo) do.  SDRPlay has some network Server software called RSP_TCP and let’s just call a duck, a duck shall we?  It’s crap.   It has limitations and it seems to be an abandoned project.  Go to their Github page and nothing has been done to the code for a couple of years.

But the folks at SDRPlay came up with an awesome solution to remote control a couple of years ago (which is probably why they bailed on the RSP_TCP project).

It is called VirtualHere.  I’ll try to make the explanation of that it is as simple as possible.

In my case I plugged my RSPdx into a Raspberry Pi that I use for Network storage.  It is always on and it is connected to my wired LAN.  And it’s close to my Antenna connection.  You can easily install VirtualHere Server by running this command from this Github page:

And you can check it is running by:

That end is done.  Time to hop over to the client computer.  Again in my case it is Windows or SDRUno, which is already installed.   Go to the VirtualHere Client page and download the version you need (Windows 64 bit for Win 11 for me).

Run that file and it will see your RSPdx but it will display as 0x3030. 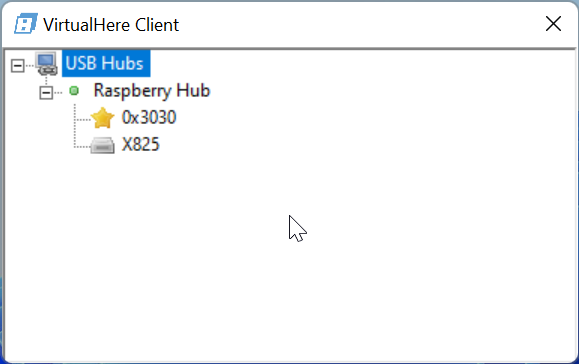 Right click on that, Select Properties and then change the name to RSPdx.  Then right click on it and tell it to Run. 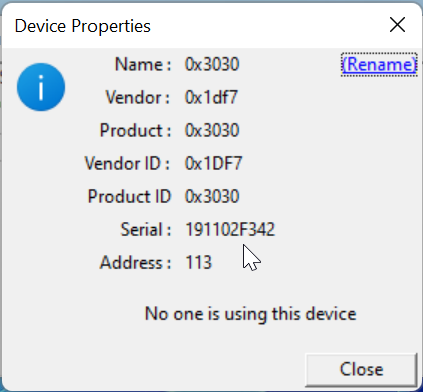 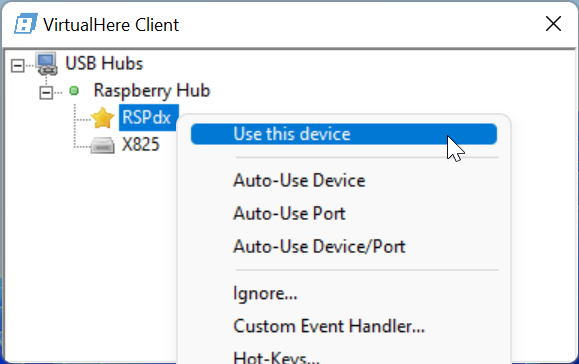 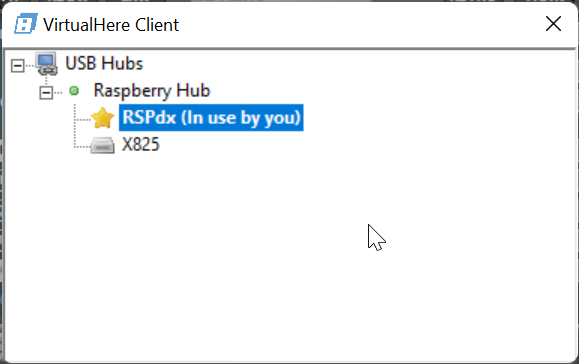 Once it is running it will appear in your Windows Device Manager under Sound Controllers as, you guessed it, an RSPdx. 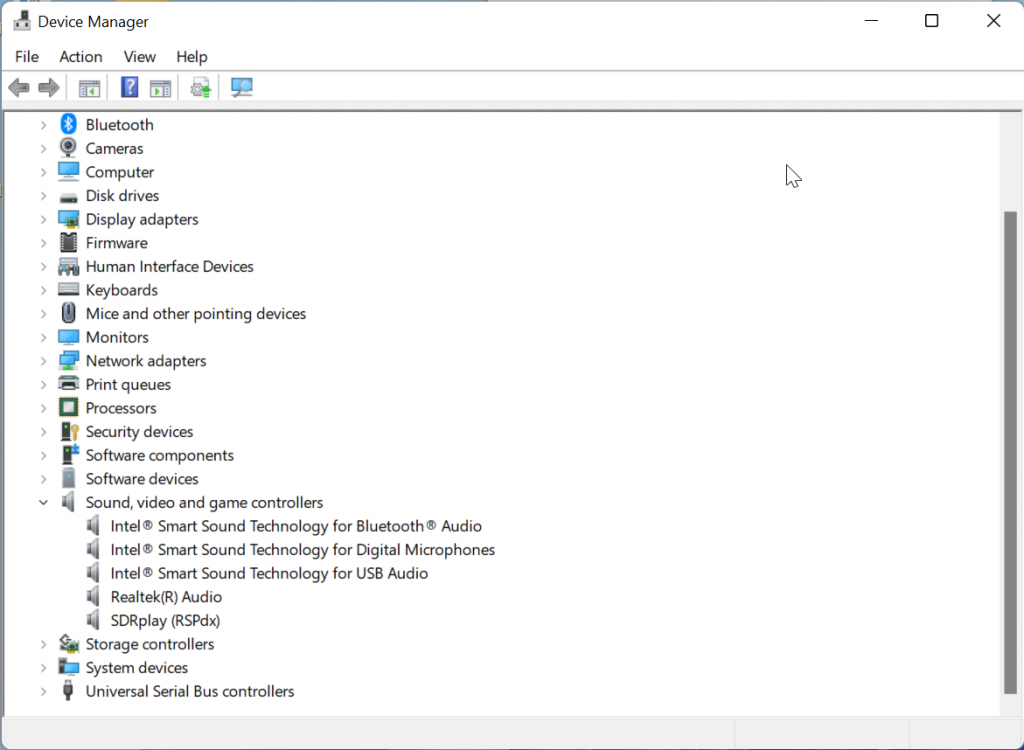 Now SDRUno will open up because it thinks an RSPdx is connected to your computer.  With no device connected SDRUno won’t even start.   There is one setting you need to change though.  Under main panel settings change the USB Transfer Mode to Bulk.  If you don’t change this setting audio will be horrible and SDRUno may crash. 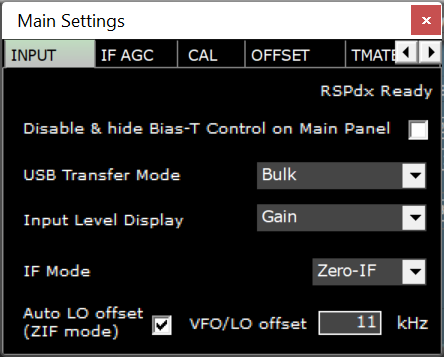 SDRPlay claims that this program doesn’t work great on WiFi but I have found that it does PROVIDED YOU HAVE A STRONG WIFI CONNECTION.  But performance is best if both the Client and Server are on a wired LAN.  Again, I have no beef with its performance over WiFi but I do experience issues if my WiFi signal isn’t strong.

I have had a couple crashes when messing with a weak WiFI signal.  Also I’m not positive but when I do more CPU intensive stuff like Synchronous AM on weak WiFi I can cause a crash.  I’m not 100% positive about that but weak wifi is a no-no.

Anyway, this is THE BEST SDR NETWORKING SOLUTION I HAVE EVER FOUND.  AirSpy Spyserver is pretty awesome but I have always loved the complexity of SDRUno.  I feel like a Signals Intelligence Officer when I’m using it. 😃

The last thing I’ll say is that USB visualization is usually STUPID EXPENSIVE.  $49 is a BARGAIN and totally worth it if you want to use more than one device.