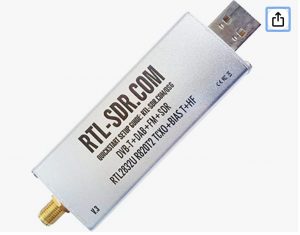 I live in Hurricane country and it is hurricane season.  Everyone tells you to have a radio in your storm preparation kit, but they don’t specify WHAT radio but sometimes they will say “Weather” radio.  A decent weather radio will set you back $30 or so.  But then that doesn’t get you the local news.  So an AM/FM/Weather radio that is decent will set you back even more.  There are cheaper ones than I just linked, but not cheaper by much.

During Hurricane Florence in New Bern, NC the local TV stations bugged out and the NOAA weather station was damaged and stopped transmitting.

Power was out and there was widespread flooding.  And an almost across the board loss of LOCAL communications.  At this point you are left with the Ham Radio folks.  Also most people probably aren’t aware the AM radio signals can be heard for HUNDREDS OF MILES at night.  So if your town loses all communications, the next one over probably didn’t.  Or that big city 200 miles away inland didn’t.

Below is the AM band at 1AM from my location in Eastern NC.  660 AM is WFAN in New York and it is coming in crystal clear.  It is routine to listen to Louisville, Clevland, New York, Boston, Detroit, Atlanta, Canada, etc.  You can see how many signals there are of good strength.

AM Radio at 1 AM Eastern North Carolina

Anyway, even supposing you have a multi-band radio that doesn’t help you when most everything goes off the air.  Where are you going to get your information?

What if I told you there was a device that could listen to AM/FM/Short Wave/NOAA/Police/EMS/Air Band/TV station audio and dozens of other things for the same price as the weather radio I linked above?  An RTL-SDR is a USB device that you simply plug into your laptop computer and attach an antenna of some sort and you can listen to EVERYTHING.

RTL stands for “Realtek” who is a chip manufacturer and SDR is “Software Defined Radio”.  In other words you have a hunk of receiving hardware that has no controls or dials on it.  All the adjustments must be made in software.

Oh, yeah.  Software for it is FREE and powerful.  And the device itself fits in your pocket.

Here’s one such RTL-SDR ($41).  It is a kit and contains a small antenna and mounting system.  While the antenna is nothing real special it is adequate for LOCAL RECEPTION of AM/FM/Police/Fire/EMS/NOAA/Air Band.  And you’ll be able to hear local ham radio operators as well.   Attach it to a larger antenna and more and more of the communications world opens up to you.

If you live near an airport you can glean valuable situational information from Tower and Ground broadcasts.  Some airports transmit something called ATIS which gives some weather information.

Here’s a free program called GQRX connected to an RTL-SDR with an indoor whip antenna.  I’m pulling in a huge NOAA weather radio signal on 162.4 MHz. 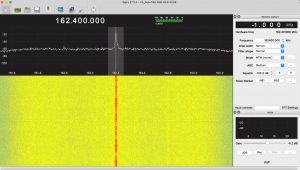 I chose GQRX because some SDR software is COMPLICATED and scary looking to some people.  But GQRX has a simple, intuitive layout that most anyone can figure out.

Not only are these things great for emergency devices, they are FUN.  When I travelled I used to find the frequencies of the local mall cops, or the giant restaurants that used radios, or even the baggage handlers at the airport.  Listening to people with no radio decorum who think no one else is listening to them is a hoot and is highly recommended.

An RTL-SDR and a laptop can get you all the information you need in an emergency situation for about $30-$40.  I can’t stress enough how valuable one of the devices could be in a SHTF scenario.  RTL-SDR’s can even be connected and used with Android phones.   Now you’re really talking portability.

Anyway, get yourself an RTL-SDR and spend a few minutes learning to tune it.  It’s also a great device for young kids to learn about radio and science with.  Not only can you listen to the Firemen you can track satellites, listen to the ISS, and many high tech atmospheric tests are done with RTL-SDR’s.  I’m not joking.