I have this on-going project to find a GPS Module that works with my Uniden SDS200 police scanner.  Obviously this is so the scanner will auto update its location when a GPS Module is connected.

Uniden sells one for $50, so the goal is to manufacture one for less than that amount of money.  Actually, I’ve succeeded several times, with my last build costing about $20.

So, what’s the problem you ask?

Almost every GPS Module I have purchased is FAKE.  The GPS Modules that I know are not fake are from Manufacturer recommended sources, and all cost more than $50.  More like in the $70 range.

Now the accuracy of a police scanner GPS chip doesn’t have to be precise, in fact it doesn’t even need to be very good.  It basically needs to know that I am transitioning from New Bern NC to Jacksonville NC.  50 meters one way or the other doesn’t matter much. 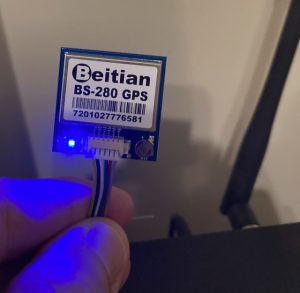 See this guy?  Beitian BS-280 that I bought from Amazon for $18.  Hook it to a computer and it says it is a U-blox 7th Generation chip.

Pull the actual data sheet for a Beitian BS-280 GPS Module and it states it has an 8th generation chip in it.

Also when a GPS boots it spits out a few lines from the firmware with $GPTXT headers that say  it’s a U-blox and what version and what firmware version the chip is and if there are any errors.

Interestingly enough those lines are missing at boot time.  Also the 7th gen firmware is 1.00.  There is a 1.01 firmware update available but it cannot be applied because there is no flash ROM on the chip.  Translation:  Fake, Fake, Fake.

So far I have bought 4 from Amazon, 1 from eBay, and 2 from Aliexpress.  All fake. 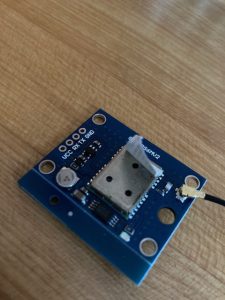 Here’s  one from Amazon.  Most U-blox chips have three holes in the shield.  This one does, BUT IT IS STILL A FAKE.

You have to know EXACTLY what you’re looking at AND EXAMINE THE SOFTWARE to recognize a fake.

Here’s a Beitian BN-880 from Geekstory on Amazon.  It is supposed to have a U-blox 8030 chipset and flash memory.  Guess what?  No flash memory.  It throws up a big red page with “Flash Device Not Supported”  Fake! 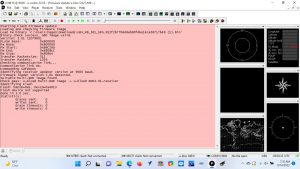 Now consequently here is a Sparkfun NEO-M9N that cost around $65.  Wanna know why it costs $65?  BECAUSE IT IS AN AUTHENTIC NEO-M9N chip. Even though it had the latest firmware I ran an upgrade on it to see if the firmware would load.  It did.   Note the word “Success” in the bottom left pane. 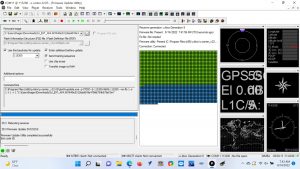 Also of note is that I plug the fakes in and get a small handful of satellites.  I plug in this real module INDOORS and it immediately grabs about 10 satellites from the whole GNSS mix. US, Russian, Chinese, Galileo, etc.  And that my friends is what an authentic chip will do compared to a phony piece of crap. 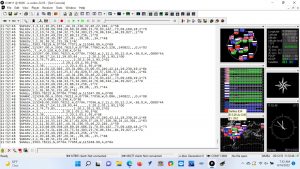 This is ridiculous.  I’m wondering where the FBI is regarding all these counterfeit, imported items?

Here are 6 of the 7 chips I ordered either from Amazon, eBay, or AliExpress.  There is a 7th but I basically tore it apart to more accurately document the false components.  So I am 7 for 7 buying on the open market OUTSIDE OF MANUFACTURER RECOMMENDED SOURCES. 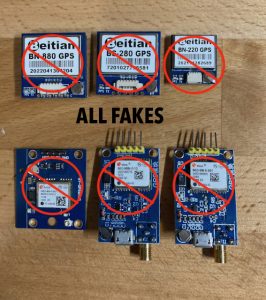 To get an authentic U-blox chip on a GPS Module, you essentially have to go through them to find out where to get one.  Their website leads to a few products with authentic chips.  Click on any of those modules though and they are $40 and up.

You can get GPS modules with other chipsets and for example boards with the MediaTek MT3333 board are pretty good. Also there are some modules out there with Sirf Star IV chipsets that work okay.  I use some of those GPS pucks on my other police scanners.  I personally would not buy GPS Modules from anywhere but the following sources:

Buy a GPS Module anywhere else then that, and you are going to get a fake.

And the more recent the chipset the more Constellations you will receive (i.e. GPS, GLOSNASS, BeiDou, Galileo, and auxiliary ground stations).  Newer is better unless you have a simplistic mission as in my police scanner project.

Hobbyists that drop hundreds of dollars in a drone probably don’t want to drop another $75 in a single chip especially when they know they may lose it or destroy it in a crash. $8 GPS’s that are somewhat accurate are pretty tempting.

And as I stated in my police scanner project……..accuracy is not really an issue.  Just getting a chip with a satellite lock is all you need.  If it costs $8………then all the better.