First of all I’ll run over the actual legit GPS chips that I own and have dabbled with.

I have several GlobalSat BR-355S4 pucks.  These have Sirf Star IV chipsets in them which ONLY receive USA GPS system.  I use these with my Uniden Police Scanners.  Simply cut the plugs off of them and wire them to a plug that fits the Scanner.

I think it is important to note that as I mentioned above it ONLY receives GPS.  While this is probably fine for a police scanner, I don’t think I’d trust my life hiking out in the Mohave Desert with a device that had a Sirf Star IV chipset.  I’m not saying GPS would go down………but what if it did?

And I’m not knocking Qualcomm or their Sirf Star IV chipset.  I’m just saying I want redundancy in a life or death situation.

Then this leads me to my next GPS point.

Before you buy a GPS Module you need to decide what you intend to do with it and the only way to do that is to read the chipset data sheet.  Want to build a super accurate GPS network time server?  You won’t do it if your chipset doesn’t have a Pulses Per Second (PPS) pinout on it.

Want two or three systems for more accuracy and redundancy?  Better check the data sheet.  Case in point.  I have a legit Sparkfun GPS Module with a NEO-M8U chipset. Despite the fact that it has 72 Channels only 28 of them can be assigned to actual tracking.  That means you can only use THREE of the four major GNSS systems at one time, and only in the combinations listed below.

Important thing to know as a GPS experimenter, eh? 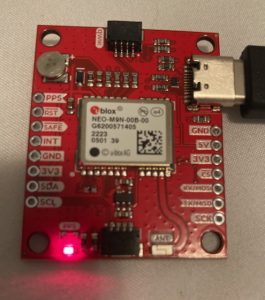 So then I got a Sparkfun Module based on a NEO-M9N chipset.  It has 92 channels of which 42 can be used for tracking.  The data sheet says that you can track all 4 GNSS systems along with augmentation systems.

It goes without saying though that these authentic modules are going to cost more than $10.  You’re going to pay $65 or so for a real U-blox latest generation chip.

So I guess my greater point is …….All GPS Modules are not created alike.  Depending on the degree of accuracy you require, or the required presence of a certain augmentation system………you need to read the data sheets.  In the beginning I just started buying modules based on price mostly.  Then I began discovering the inherent differences in the chipsets and what they could track, and what they could do.

I don’t really want to go into greater technical detail. You may need a chip that communicates via I2C or UART serial depending on your microcontroller.  Or you may need one that uses USB. Size and weight are a consideration as well.  Or you might need some sample code to run your GPS on an Arduino based microcontroller. 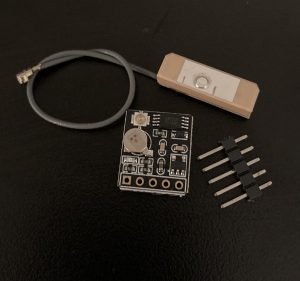 Speaking of size and weight the DFRobot TEL0132 is pretty doggone small and light.  This is based on the AT6558 chipset which used GPS and BeiDou systems.

The price is pretty good too at around $17 for a single module.

And in addition to the 4 usual pins (Vcc, Ground, TX, and RX) there is a 5th pin for Pulses Per Second (PPS) for time synchronization.

And the last “real” GPS chipset I have is the Adafruit Ultimate GPS Featherwing.  This is based on the MediaTek MTK3333 chipset.  One of the great things about buying from somewhere like Adafruit is that there is a lot of good hobbyist user documentation. (Sparkfun is better though).

To be honest though, the software they provide is crap.  Without a doubt or question the best control and monitoring software for GPS modules is U-blox U-center.

I’m sure I’ve just scratched the surface of legit GPS modules, but it is possible to easily obtain one however they are a bit more expensive generally than the fakes.

It really is kind of shocking how many counterfeit GPS components there are out there and almost all of them from China and it makes one wonder why our law enforcement does nothing about it.