Thanks to TV reporters pretending the storm was a lot worse than it was the entirety of the free world thinks that all of New Bern is destroyed and is now just like the Lost Colony of Roanoke.  I’m not trying to minimize the damage to New Bern as it was substantial but New Bern is a Semi-Large Small Town and everyone doesn’t own a home or business on the River.

Basically the Hurricane created HARD days all of Thursday and Friday with some wind and rain on Saturday but no so bad that you couldn’t perform your recovery actions.

Damage here to my home is pretty minimal.  There is one shingle laying in my yard and I have no idea yet if it came from my roof or not. And it’s not a flat shingle but one of those that you curve over the top of the other shingles on angle points (I think they call that the scallop).  I’lll get on the roof later and see if it is even mine.

Lost the door to the mailbox. 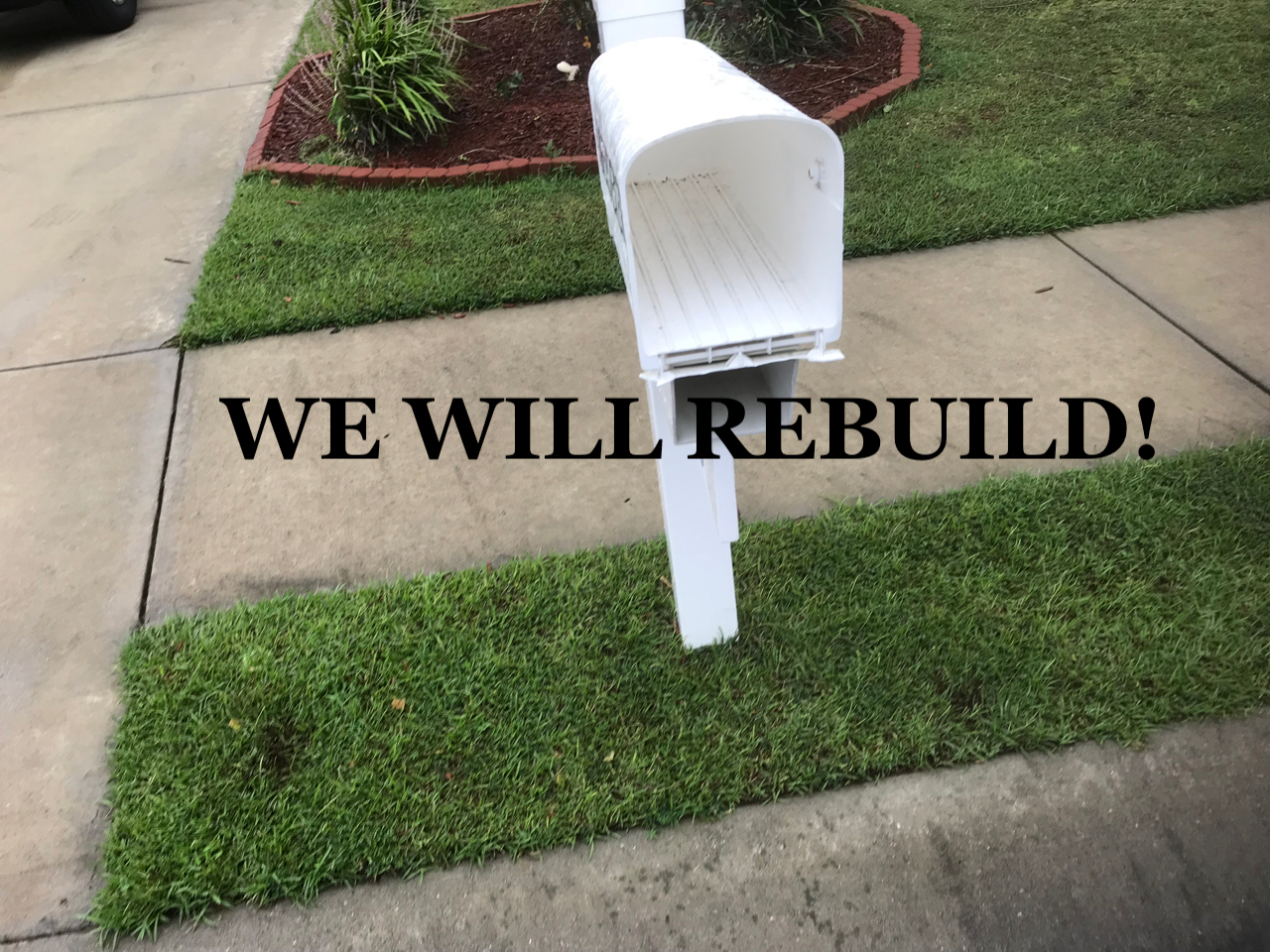 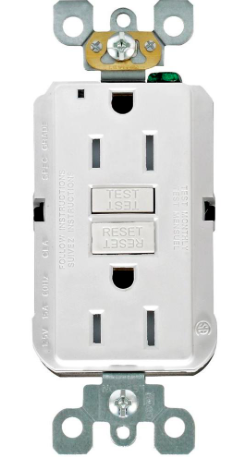 And of course that particular outlet powered the garage refrigerator which is where all my hurricane food and water was at.

So to solve the problem I first verified what the problem was.  We had some kind of electrical event before the power went off where several of my breakers were tripped on one leg in the box.  This happened to several other neighbors as well.  So I figured the GFCI might have gotten zapped.  They have little circuit boards in them with an LED that lights to show you it is tripped.

I pulled the outlet out of the wall and disconnected the circuit downstream from it and reset it.  It held.  So I knew for a fact that it was one of three outlets outside that are supplied by this outlet that had failed and probably due to water intrusion.  Duh.

So for a bit I ran the refrigerator off another outlet and then I made the command decision to remove everything from the refrigerator and just incorporate it into my home refrigerator and my deep freezer.  I got to thinking if there was a bad outlet or wiring or whatever that I wanted that circuit de-energized at the breaker box to prevent a stupid situation from becoming a real problem.  Anyway there isn’t anything to do during a storm.  Had to keep busy somehow.

After the storm on Saturday I went outside and found the bad outlet.  When I pulled off the cover there was a pool of water in the outlet, it looked wet and the screw terminals on the outlet were a little rusty. It was probably just waiting for the next good rain to die anyway.

In the interest of keeping my refrigerator operational I simply removed the outlet and put wire nuts on the line and load wires.  Soon as Lowe’s opens on Monday I’ll go get all this taken care of. 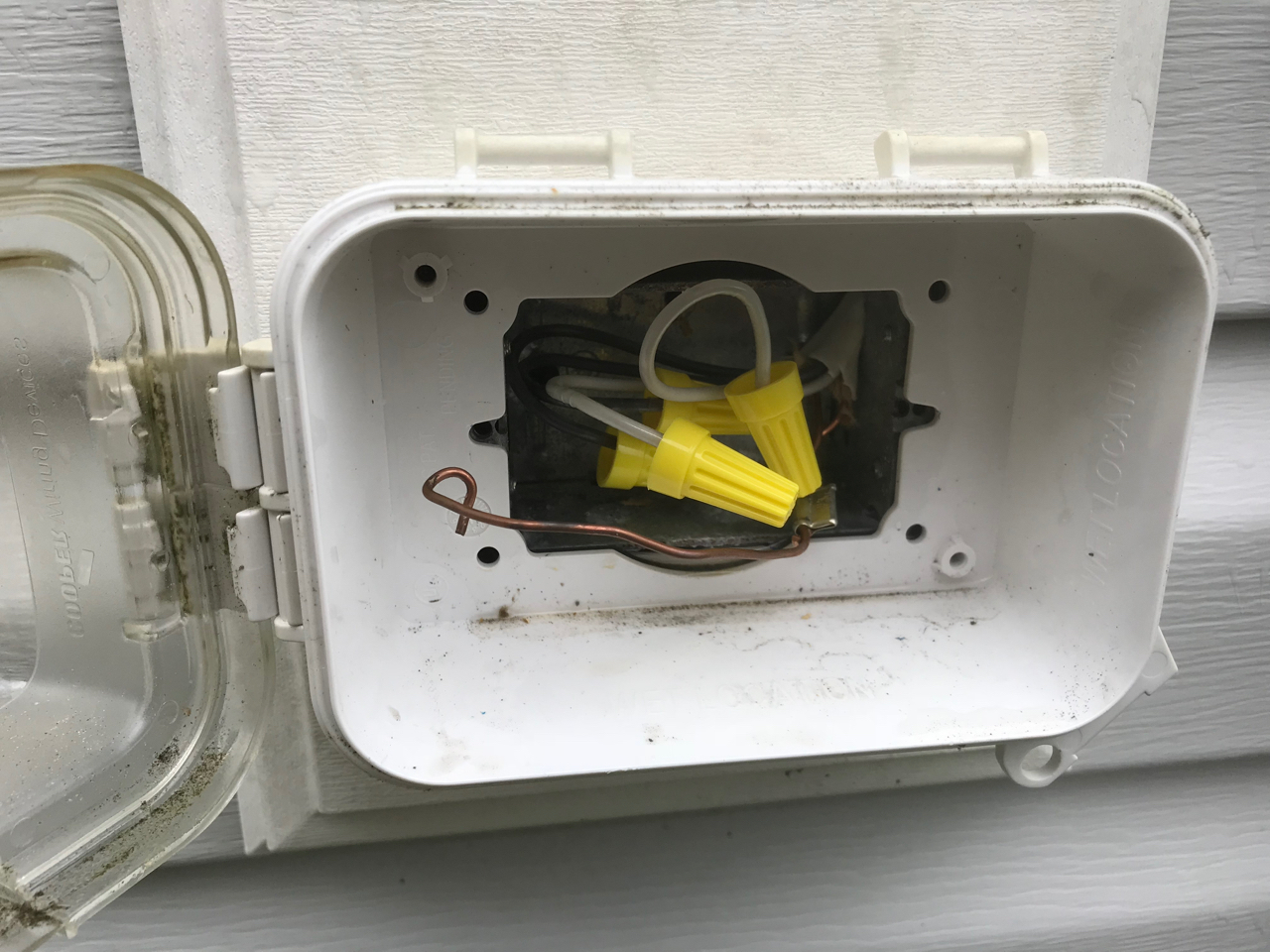 So not much went wrong and a lot went right.  During the 2 days of the hurricane I had generator power from my Westinghouse WH7500E with which I am now in love with. 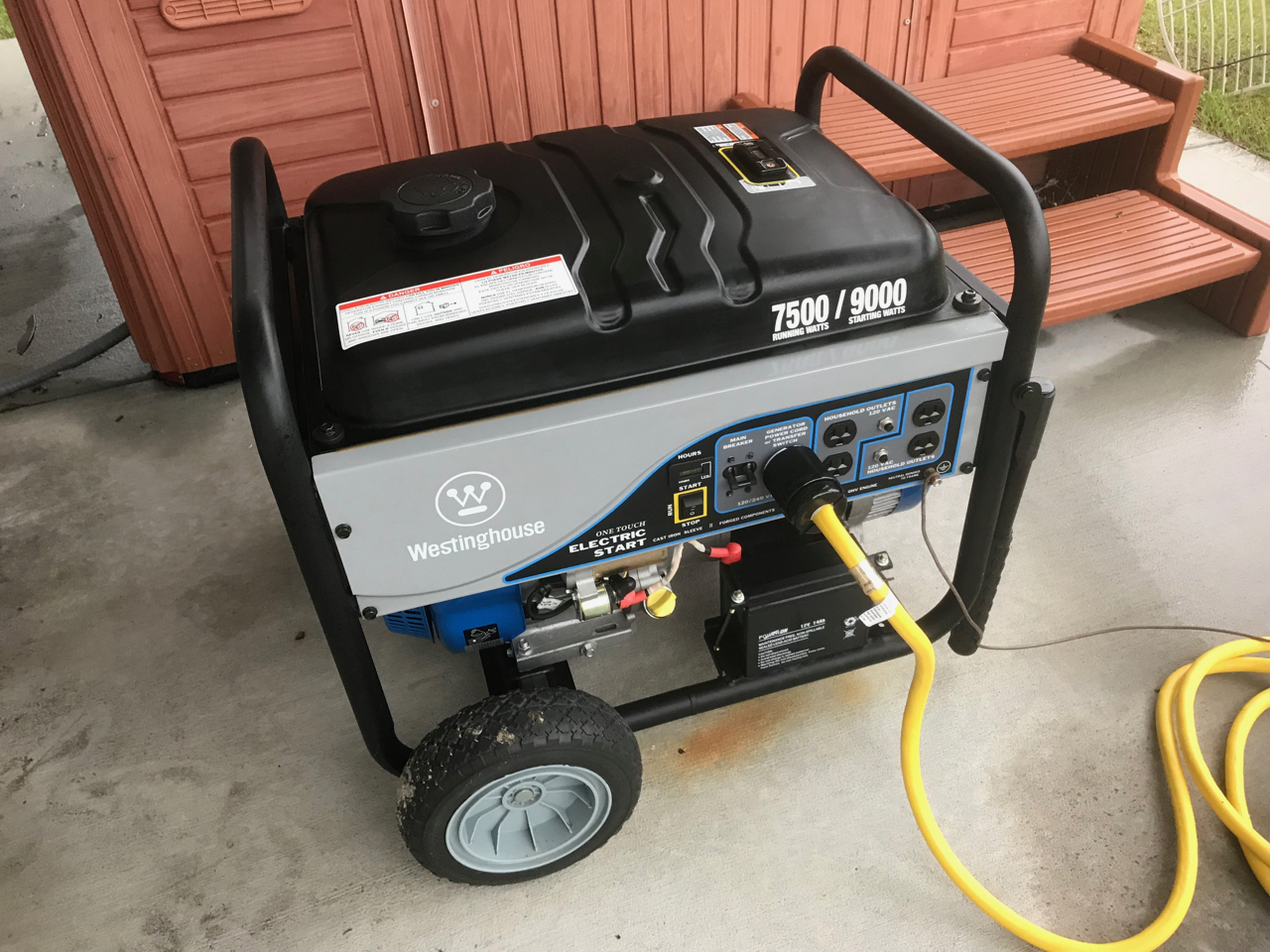 I did a ton of research before I bought this generator because that’s what I do. I was convinced it was the right generator and bang for the buck.  It’s obvious I made the right choice.  The electronic ignition performed like a champ.  Nothing like walking out in the middle of the night and having to pull start a generator 15 times before it catches during hurricane force winds.  Step outside, push the starter, flip the breaker………profit.   I shall give my lovely lady an oil change today to show my appreciation for her flawless service.

Anyway back to what went right……….I had power, I had water, I had food.  I was able to cook normally throughout the ordeal.  I had SHOWERS.  I took lots of showers because I was always scrambling around and it was muggy. I only ran the AC in the house once or twice to take the muggy away but then hopped in the shower.

I HAD COFFEE.  Those that know me know that I just defeated a Diet Coke addiction and I love my coffee.  When the SHTF and you’re worried to death having your favorite cup of coffee (or whatever your favorite snack or drink is) is a MORALE BOOSTER.  It’s small, but it helps.

I was worried about my gasoline consumption and was being frugal.  I ended up with 10 gallons of fuel left over which is huge.  That was 2-3 days more of power running in FrugalMode™ as I was.

The poodle is a little freaked out still and is sleeping with me again which is odd.  He usually just sleeps under the bed.  He’s a brave little cuss but the wind and the noises got to him some I guess. Or maybe he thinks he’s comforting me. Either way, I’ll take it.

My heart goes out to those who lost their homes or who cannot yet return.  May the Grace of God be with you and may FEMA or your insurance person be kind to you while you rebuild.

And while we’re on the subject of God……….God exists.  Even during hurricanes.  He puts it in men’s souls to go rescue others when all hope seems lost.  People are decent.  I just wish that they acted like that when there weren’t hurricanes.

UPDATE: SUNDAY SEP 16TH:  Lowe’s opened and got my outlet replaced and the GFCI breaker is fine once again.  I’m glad that I can fix things like this myself.  Lot of people would have to call an electrician for this.

2 thoughts on “The Aftermath of Hurricane Florence”