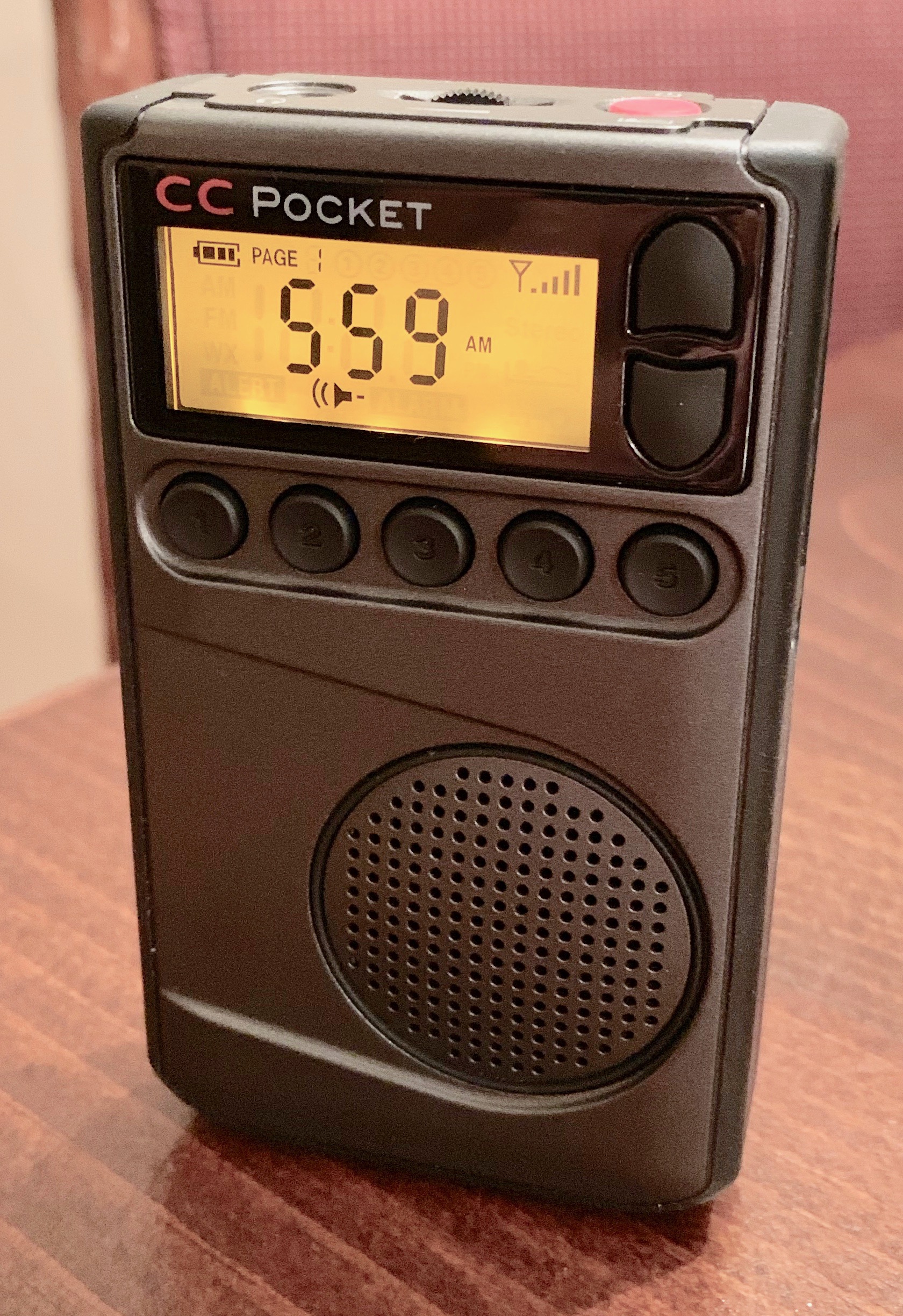 I like CCrane Radios.  I probably shouldn’t because they are among some of the more expensive radios out there but I find them kind of hit or miss for the money.

For example I LOVE my CCrane 2E AM/FM/Weather/VHF radio.  I also love and could never part with my CCrane EP Pro (version 2).  Great little radio.

However I DESPISE my CCrane Skywave SSB radio.  It has AWFUL reception and it costs $170.  On paper it looks great.  In reality it sucks.

So it has been with some trepidation that I purchased the CC Pocket Radio.  I have wanted one though since they released it because, hey, I’m a radio nut and I want to hold them all and try them all.

So I finally decide to pick one up.  You can get them directly from CCrane, or Amazon, but I just happened to be in San Diego on business and REI stores also are distributors.   I got one for $64 which is the going rate everywhere.   I’m real excited to try the radio but wondering what I’m going to do with a pocket sized transistor radio.  That is so 1960’s and 1970’s.  My grandpa had a transistor radio he listened to the Cub’s games on and by golly I had one too because there were no iPod’s, no MP3 player, heck there weren’t even Walkman’s when I was a little, little kid.  Those all came later.

Yep, when I was a kid you might have gone to the ballpark with a transistor radio in your pocket so you could listen to them call the game while you were watching it.  Once technology advanced and we could carry recorded music the transistor radio kind of got lost in the sauce.  There are quite a few pocket radios out there so I guess people are still buying them.  I view them more as a “Bug Out Bag” device than I “I’m going to use you everyday” device. Or a device to put in the glove box or camper or boat to keep an eye on the weather or general entertainment.

Hey in this day and age sometimes we still watch local broadcast TV and still listen to local radio.

Okay, on with my review.  Although I am a technical guy in my real life (I’m an Electronics Visual Landing Aid Tech Rep for DOD) I am NOT a technical reviewer on my blog.  I leave that to other guys and I frequently scoff at the reviews where the reviewer will state that this radio moves electrons 4% faster than this other radio………..that’s not me.  And radio is SO SUBJECTIVE.  You might review a radio in Boston and have all manner of signals, strong and weak and close to each other and I live in the Land That Time Forgot in Eastern North Carolina.   Your interpretation of radio is meaningless to me.  Also my dipole antenna can be stretched out East /West and be deaf and a DX monster if you stretch it out North/South.  That’s actually the case at my house.

So I take this puppy out of the box in the hotel room in San Diego and my initial reaction is “I like the way this looks and feels”.  It’s a lot lighter than it looks and the sides are very grippy and have a rubber type coating on them.  Feels good, looks good.  Nice styling.

Then I turn it on and the first observation is “GRRRRRRR, this is a $70 radio, with tax and the LED lights behind the display are clearly visible and distracting”.  I hate that shit.  You can clearly see the three LED’s that light the screen. 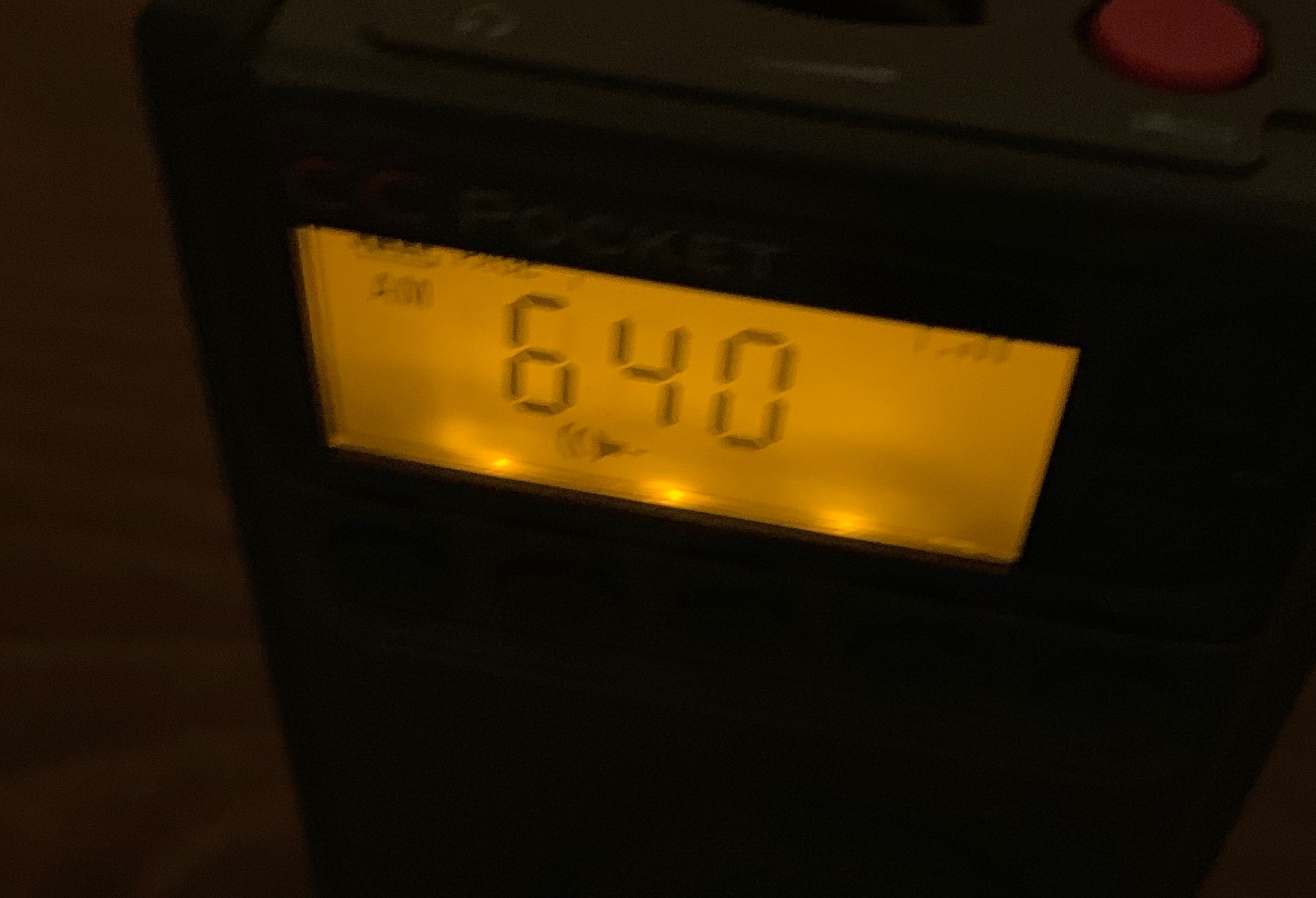 Ok, lets get real though…….that is kind of small potatoes.  Yeah, it’s annoying and shouldn’t be on a $70 radio but it doesn’t really harm anything either.

The LED is clear and legible.  The signal strength meter is small but hey, they all are.  The big old station numbers is what you want anyway.

So it’s kind of late evening and I start scanning around on AM.   And while I’m doing it I’m looking at a list of AM Clear Channels and paying particular interest to the Mexico and West Coast Stations.  To my utter utter surprise this radio is getting San Francisco stations which are about 500 or more miles away and I’m inside a hotel room and hotel rooms are generally nasty little Faraday Cages.   Los Angeles stations are even better although LA is somewhat closer.

In my opinion this little pocket sized transistor radio is performing way better than I expected.  I should add the caveat that to get some stations the radio was VERY directional.  It mattered the height, and the orientation of the radio….. A LOT.  In some cases the radio was on the suitcase on a pillow turned all sideways and stuff and then BANG I’m getting a super clear solid reception of that station.

If I’m at home listening it makes a whole lot more sense to grab a table top radio with a gigantic whip antenna or an external antenna connection on it to get the DX station but in a SHTF scenario or weather situation or emergency I don’t care if the radio is stacked on 4 pillows and suitcases as long as I’m getting that vital information.

So then I get home and start working on the East Coast Clear Channels.  Again the performance is GOOD, almost great but not great but that’s comparing it to the 2E hooked to an external antenna.  In reality the CC Pocket is pulling in Boston, Philly, New York, Cincinnati and not as good as my other rigs BUT IT IS PULLING IT IN.

Lastly the volume knob sticks up just a little bit and although I couldn’t really get the radio to accidentally change stations there is a lock switch on the side of the radio.  That’s a nice touch and something I utilize once I have the volume set. 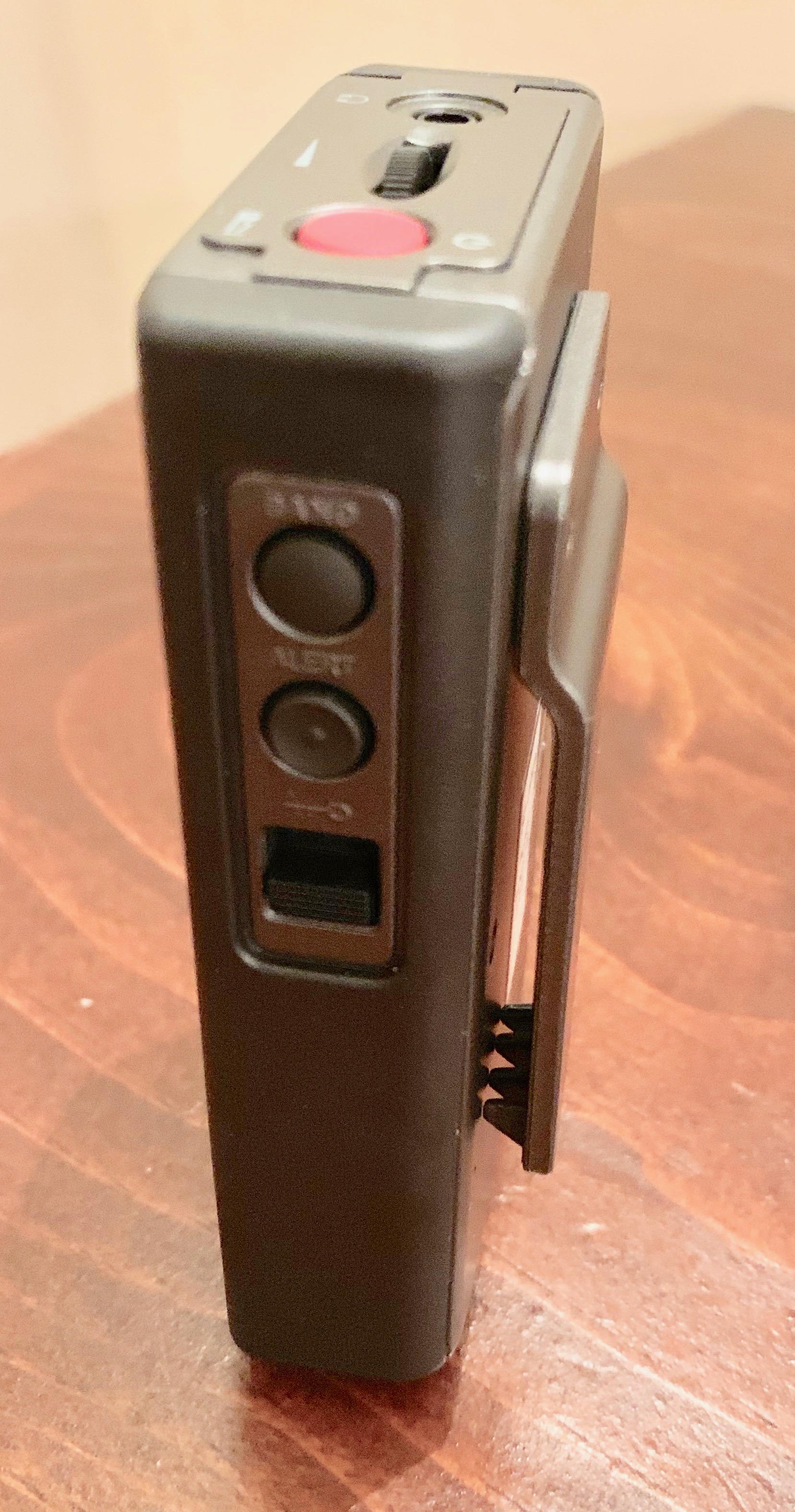 NOAA Weather alerts and radio work perfectly and that’s another reason to have one of these in the glove box or bug out bag.  The CC pocket will go camping with me and I’ll use it, if for nothing else but to be in the Weather Alert mode.   And I hike sometimes.  It can go hiking with me too.

I say if you have a use for a transistor radio…………BUY ONE OF THESE.  For what it is, it is exceptional.  Some people may talk about the memory storage and such but I’m not one of those guys.  I don’t use nor care about memory storage. I do like that the buttons have some programming input so that you can switch from 9khz to 10khz stepping for AM radio.  I travel to Europe and in fact am going to Italy in a week or so.  Guess what’s going with me?