The modern wrist watch gained popularity in World War I and World War II.  Previous to the wars it was considered most un-manly to wear a wrist watch.  It took the rigors of combat to convince men that having both hands free while being shot at or while trying to fly an aircraft in combat was a worthwhile endeavor.

The GG-W-113 watch and subsequently the Mil-W-46374 watches found considerable favor with military personnel during WW2.  Essentially a quick glance at a very legible time piece was all you needed.   The watch also needed to withstand pressures, moisture, shock, vibration and not be reflective to give up your position.   (The picture below was snipped off the internet). 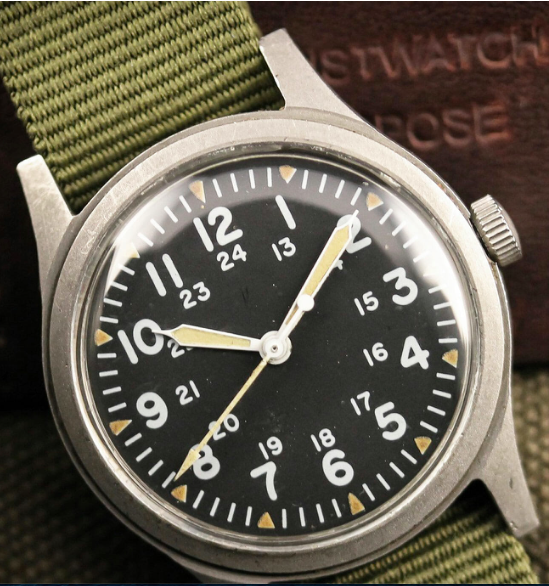 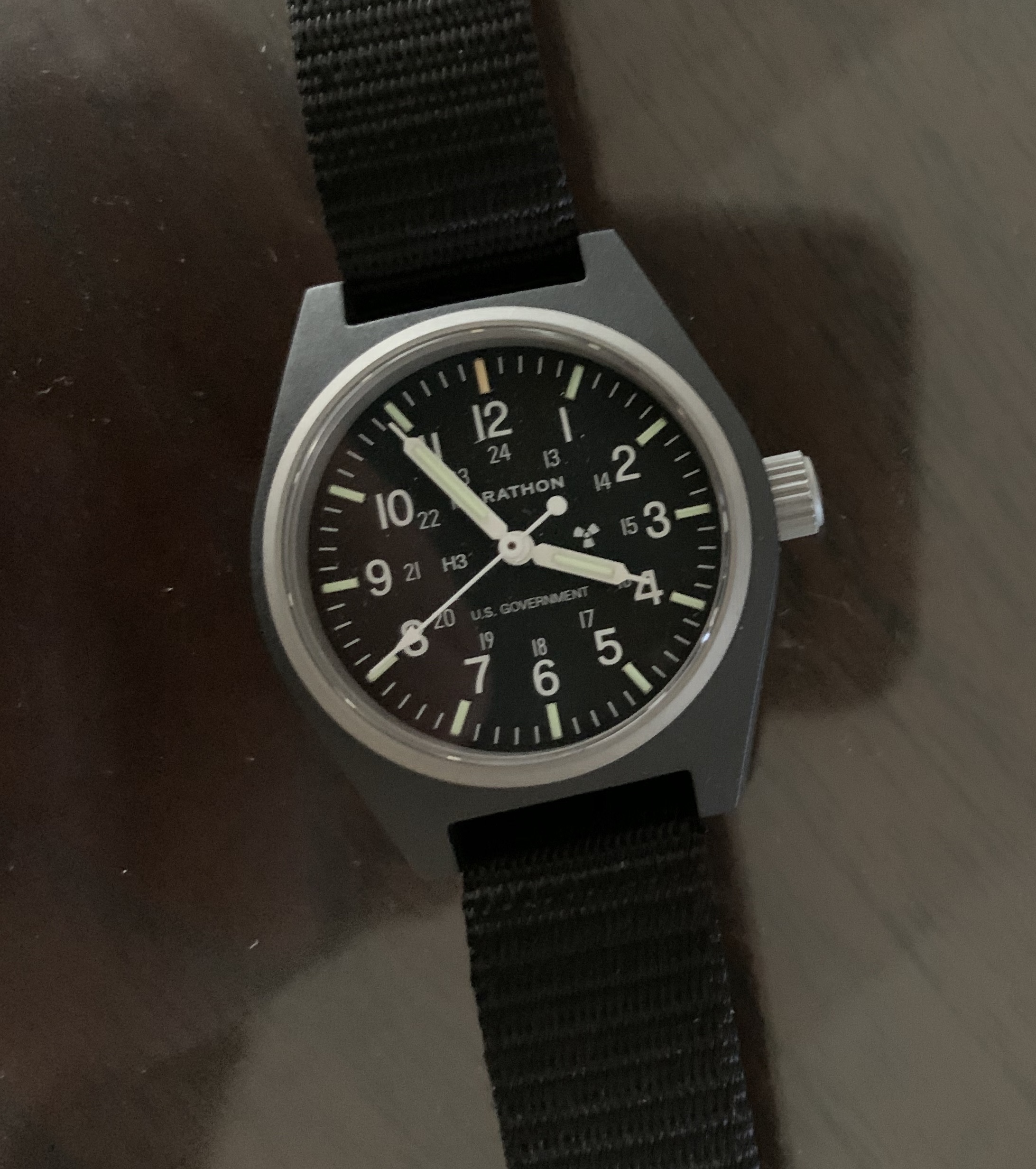 So while there are unlimited variants of modern day wrist watches in literally any size, shape, and color schemes there is a hint of nostalgia in most modern day men’s watches.   It seems as though the past pulls at us through the styling of today’s watch lines. 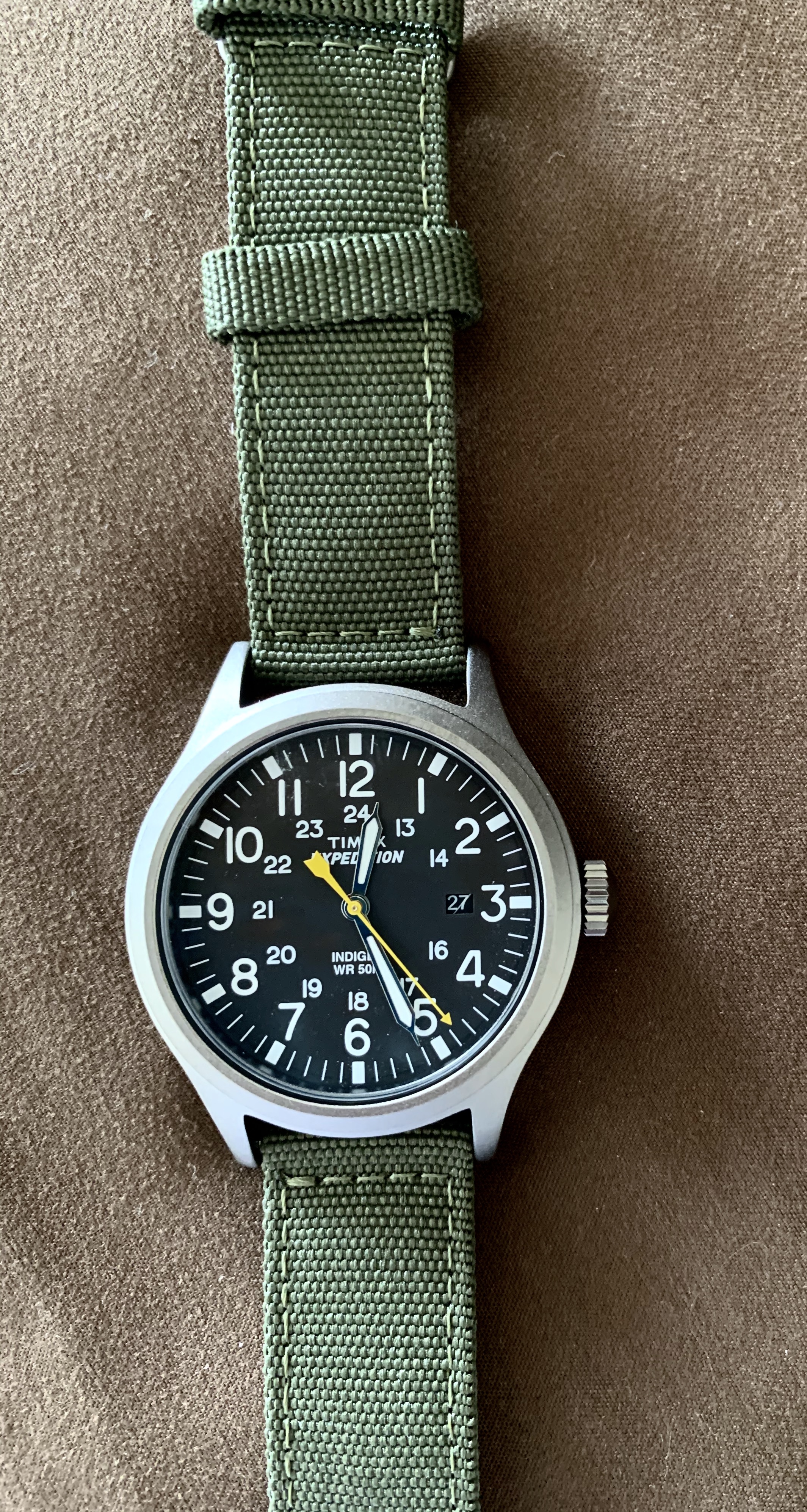 Uncanny, huh?  The new production models such as this Timex have cheaper movements that probably wouldn’t pass the Mil-Spec testing however they are FASHION WATCHES and quite frankly I like the looks of the Timex Expedition above.  And I forgot how satisfying the Indiglow watch faces look when lit up.   Hey, it’s not as good as Tritium gas tubes, but you can tell what time it is in the dark. 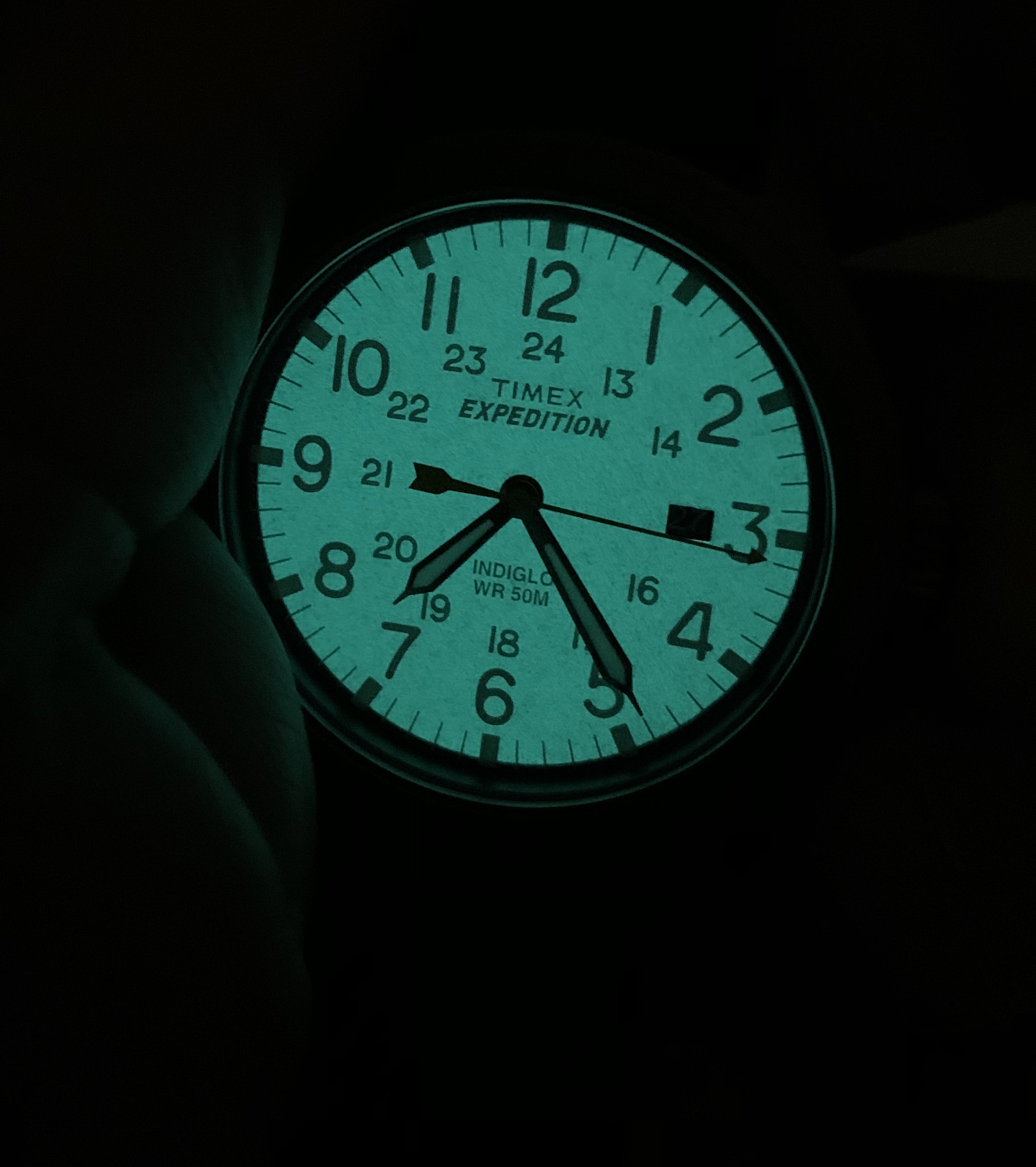 Again, all the companies make them.  Here’s a popular, low cost field watch from Bertucci. 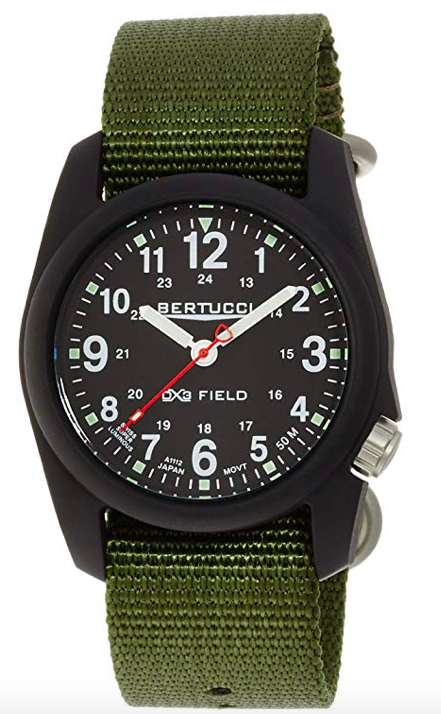 Just pick a manufacturer and they sure enough make a military style field watch.

Even some of the high end Rolex and Omega’s have the “look”.

There is something nostalgic about the watches that were used by men fighting for their lives and their country being reproduced in today’s market.

And quite frankly the purpose of a watch is to be tough, and legible.

That’s what we want.

That’s what we insist upon.  One quick glance, day or night to tell us what time it is or to look at the bezel that you set for some time sensitive event.

One interesting aspect of the military field watch though is that only one company is actually QUALIFIED to sell watches to the US Military.   So if a company claims they are the official watch of this or that, they are just talking.   The only company that qualifies to the current Military Specification for Wrist Watches is Marathon Watch Company LTD in Canada.  And in fact all their watches are made in Switzerland.

Every single one of the watches below, each Type and Class has only one qualified supplier.

So if Luminox claims to be the Official watch of the Navy SEAL’s………….well they aren’t.  However if the SEAL teams have decided that Luminox are the best watches for their gear and their missions then they just go out and buy them.  There is no regulation in the military that you have to wear a Marathon watch.

All I’m saying is that there is a specification for wrist watches in the military and the only qualified supplier is Marathon.   Right after that I don’t care, and neither should you.

But at any rate the Military Field Watch is a popular style for men’s watches today. They provide the information you need and nothing else. I wonder what a WW II soldier would think of today’s Apple watches in a combat zone?