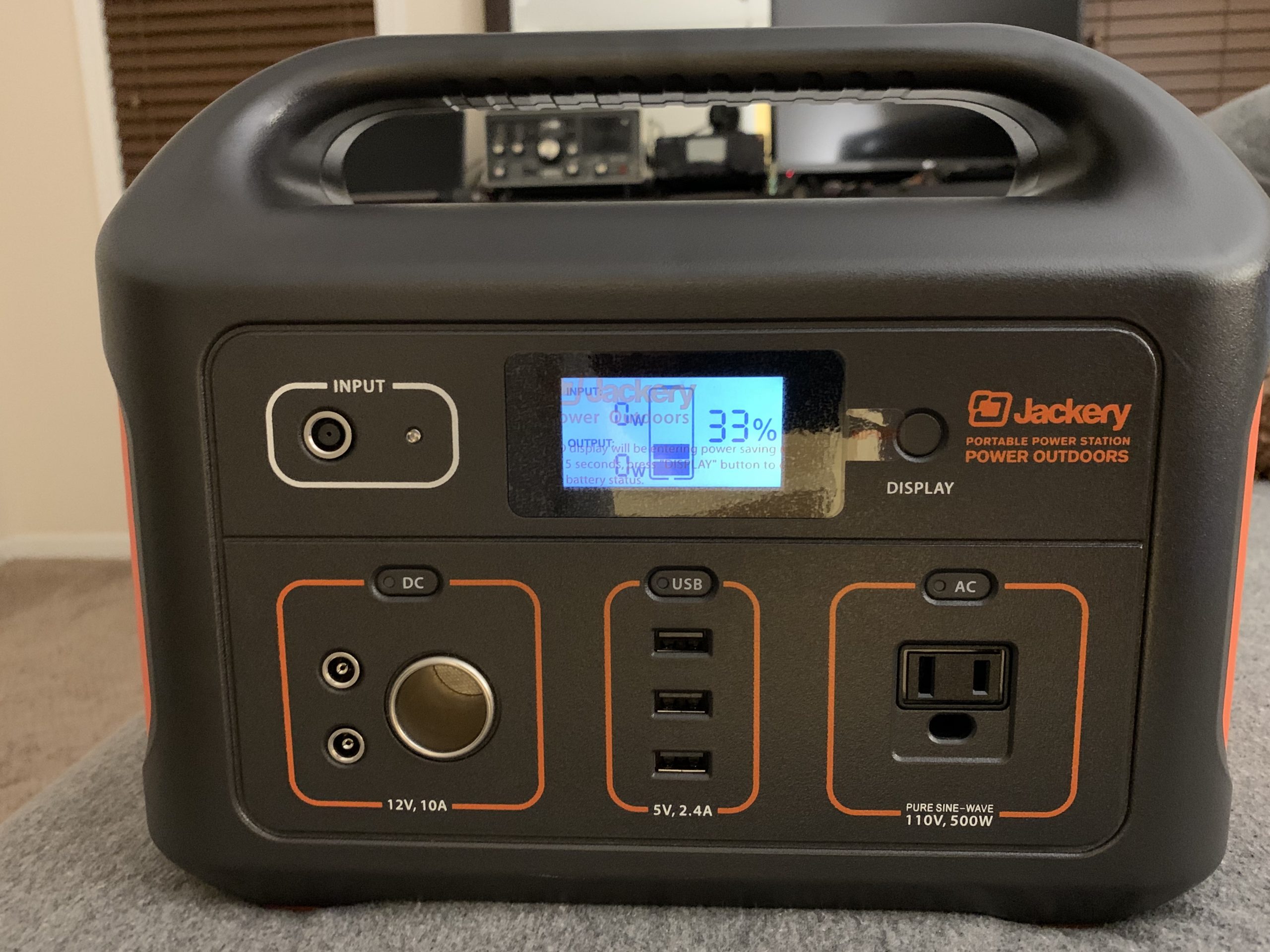 Although this is the largest Jackery Portable Power Station at the moment darned if Jackery didn’t just debut a 1000 watt power station. I haven’t even pulled the screen protector off this one yet.

This is the Explorer 500 watt power station and it sure is nice.  I’ve been putting it through its paces the last few days and it is REALLY impressive and powerful.

Combined with a Jackery SolarSaga 100 solar panel makes it a self sustaining power station perfect for camping, tent camping, or getting you through a power outage at home. How many times have you needed to stretch a long power cord out around the house to do one simple task?

It really shines in an outdoor situation such as camping.  It’s a bit big and heavy to pack out and hike with unless you are some kind of beast or unless you are camping with others and the load is spread out among the team enough for someone to carry it exclusively in a huge backpack.
It is quite similar to their other offerings and has:

The 500 does some pretty amazing tricks.  I think everyone knows you can charge your phones, iPads and Laptops on it but it operates a pretty good range of appliances because of it’s 500 watt capability.  What’s really important to you when camping?

Coffee makers typically pull down about 1000 or 1200 watts or even more sometimes.  I have a Mr. Coffee 4 cup maker which is rated at 650 watts.  To my utter surprise it pulls 560 watts or so which is technically beyond its rated capacity but it DELIVERS. Making one pot of coffee did consume 10% of the overall battery power (from 100% to 90%).

Also I was amazed to find that it operates a Black and Decker Inflator.  I’m blown away this works as good as it does and it put 65 psi. into my camper tires with EASE.

Solar charging is a snap with the Jackery SolarSaga 100 Solar Panel kit.  Unfold it and hook up one cable. So simple a Marine can do it.  (Sorry Marines. I was a Sailor). 😃 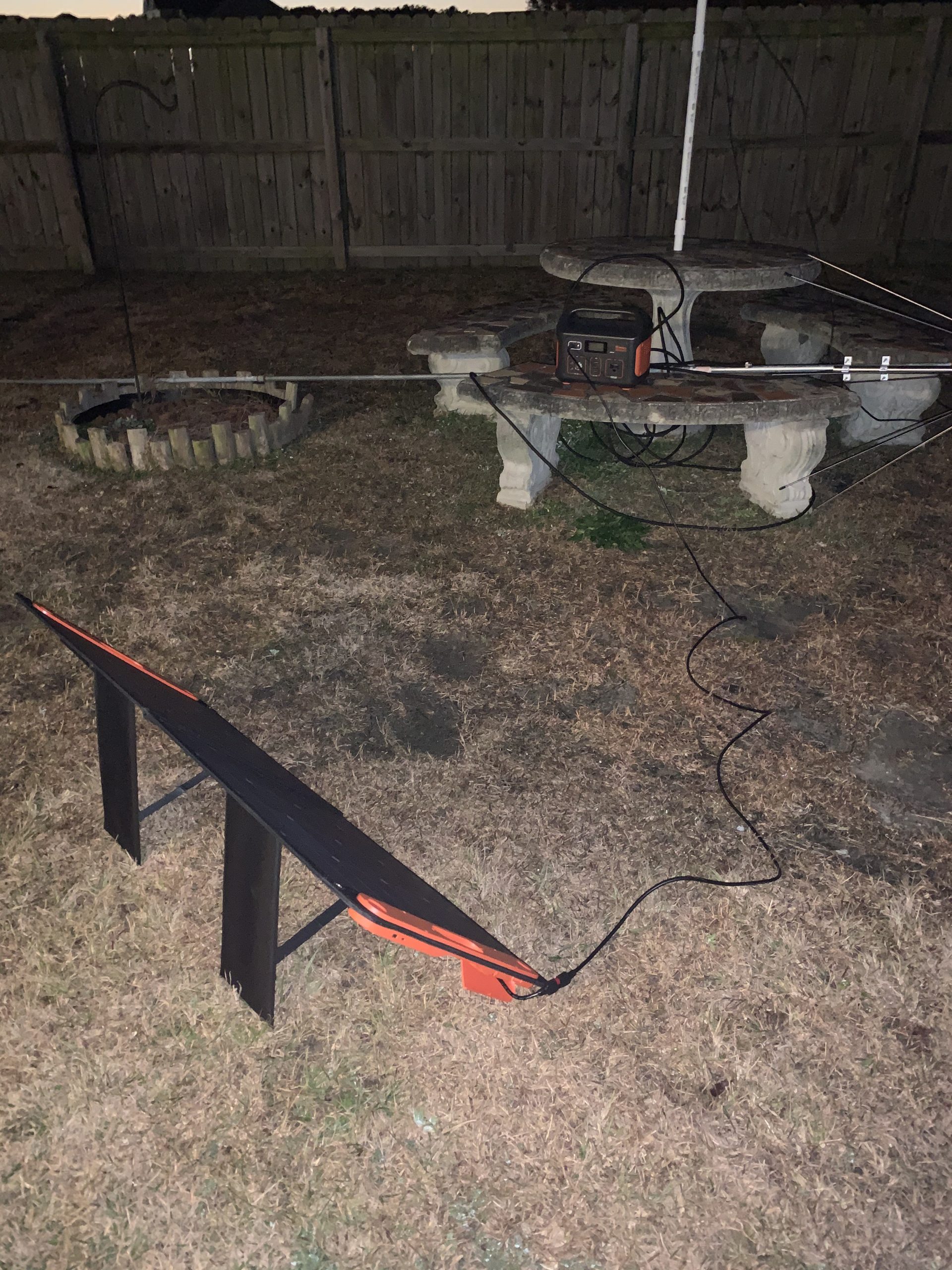 Lastly it will run a hair dryer (most of them) on Low.  Most hair dryers are rated at 1875 watts.  Gotta run it on low.

Going to take it in the field this weekend with a ham radio and see if it will power that on the picnic table.  I have AC power in the camper but who wants to run an extension cord over to where I’m set up at.