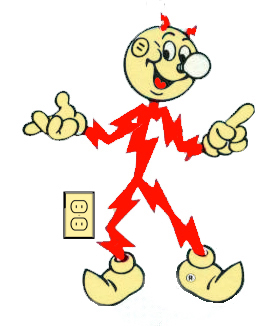 Remember this goofy guy?  Reddy Kilowatt. He was a fictional spokesman for the Electric companies and he made his first appearance in 1926.

There were Reddy Kilowatt Youth Clubs and they actively promoted against Socialism and Communism. Those of you who are younger and watch the news could think Socialism in the US is a new and exciting thing.  It isn’t.  They were calling for it in the 1920’s just like they are calling for it now.

His job essentially was to make you think the electric companies were the good guys, and don’t get me wrong, in a lot of ways they were.

They brought power into our homes and businesses and that’s a tough act to follow.  Now though, the power company would like you to conserve power as much as possible which is an interesting concept because, hey, they sell power.

Your power company charges you by the Kilowatt Hour (kWh).  Let’s look up my rate since it varies from place to place, sometimes a lot.  Go to a website called electricity local and select your area. 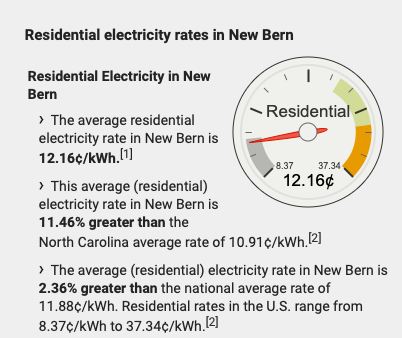 12.16% is HIGH!  Ask the power company for too many kilowatts and they’ll ask you for lots and lots of money every month.

What’s a geek to do?

Your first strategy is to KNOW what your power requirements are and what your high draw items are.

Also you have to have the realization that some things you can’t do without.  You absolutely positively need that refrigerator to go 24/7.  Do you own a deep freezer?  Yep it has to stay on all the time too.

I found a calculator online that estimates refrigerator costs. 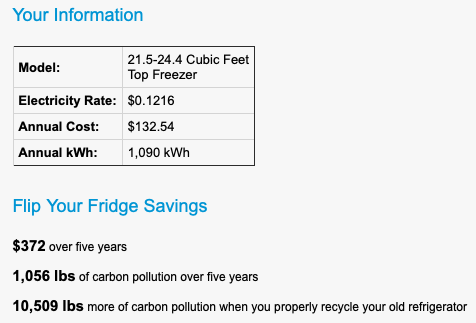 Roughly $130 per year.  The brand new ones sip power and estimate in around $50 per year.

Yeah, and I have TWO refrigerators, the 2nd one being way older and less efficient than the 1st.  AND I have a deep freezer.  Those are my high demand items. I really should replace the garage refrigerator with a new fridge, or put the new one my kitchen and put the kitchen one in the garage.   I’d probably save a ton of money.

If I were a tree hugging freak (I do own one of these so……guilty as charged) I could get a 12 volt refrigerator and power it with solar.

So to save $130 year costs $380 and you can store some lunch meat and a couple of beers tops.  Could you do it?  Sure you could.  The pioneers would have cut your legs off to steal a tiny fridge from you. 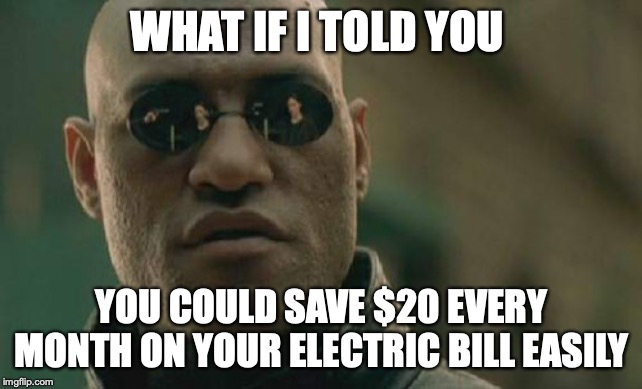 Most appliances will either say how many watts they are rated for or how many amps they use. Remember amps times volts equals watts.  Some common items:

There are tons more items we use around the house daily, heck I have a hot tub as well.  But you can see how those kilowatt hours might add up. Ask yourself some of the hard questions.

Notice I didn’t mention the hairdryer?  Yeah, you be the one to tell your wife or girlfriend that their beauty products pull too much power and not to use them.  Me, I’ll smile and pay the bill.

How can you be sure how much your power draw is?  There are a few different methods.

Get a Kill-A-Watt power monitor and simply plug your device into it to monitor the power usage.  It has an LED screen and can store some information.  These are handy to just see what your device is drawing.  You might be shocked, especially when you plug in that 1970’s garage refrigerator that Uncle Bob gave you instead of taking it to the dump. 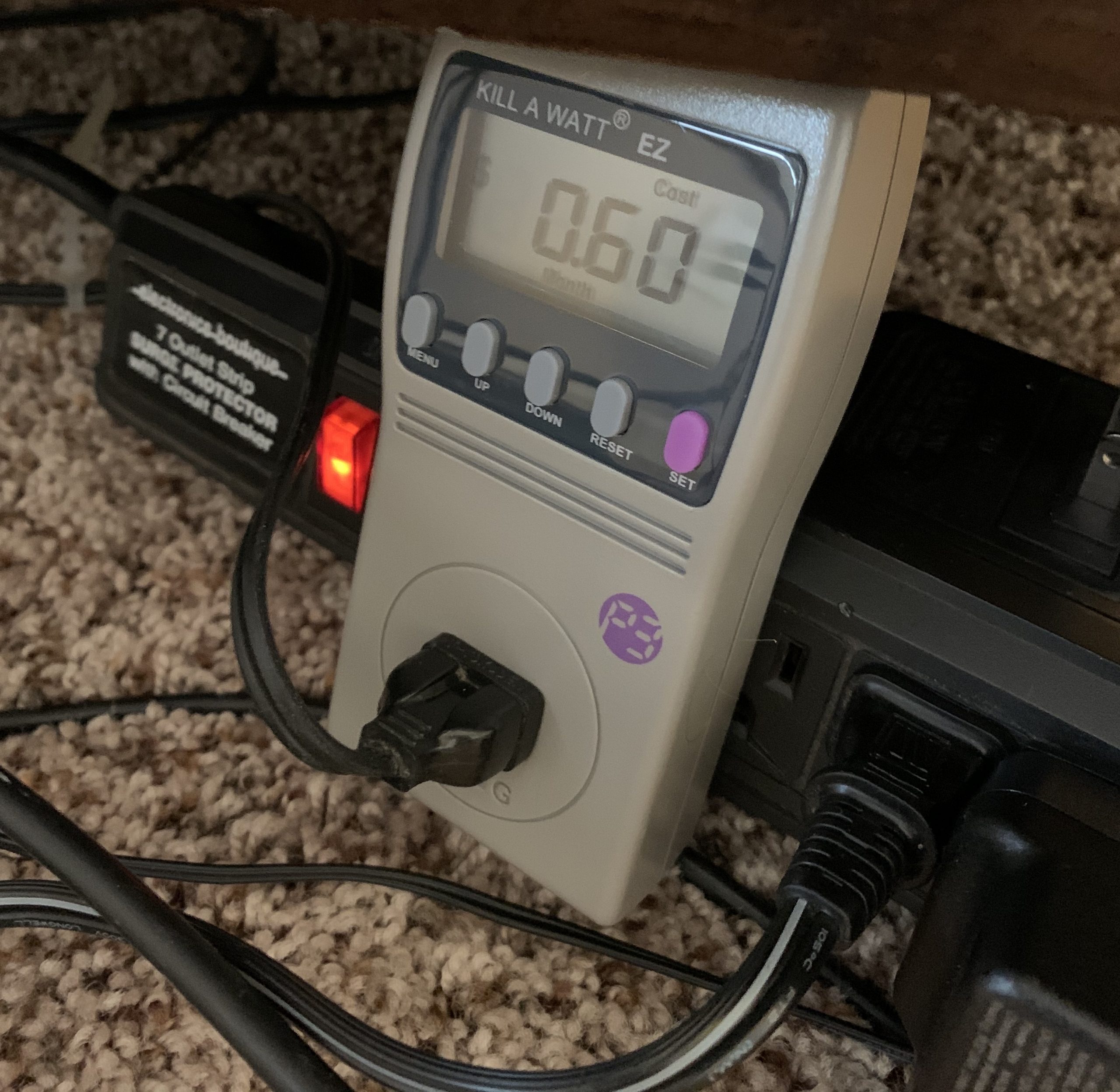 Here are some gotchas with the Kill-A-Watt meter. Although it is AWESOME if you live somewhere where the ground pin is on the top of the outlet that effectively renders the display upside down.  Solution:  Plug into a power strip or get a short pigtail so that you can right the display.   Also when you unplug the thing………game over.  No power, no display, no seeing your data.   Best route is to get a “smart” power monitor like I mention below.

For a little more advanced monitoring get a smart plug like the Sonoff S31.  I have one and did up a blog on it here.  They are AWESOME.  One thing I DO NOT like about them is it makes you use an app called EWELink, and it works, it surely does but I can’t help but think the Chinese workers at the company are not playing nice with your data.  Do you really want some company in China monitoring items in your household? I flashed my device with a firmware called Tasmota and mine only reports to my server.  Not one in China.  It creates a cool webpage interface as well. 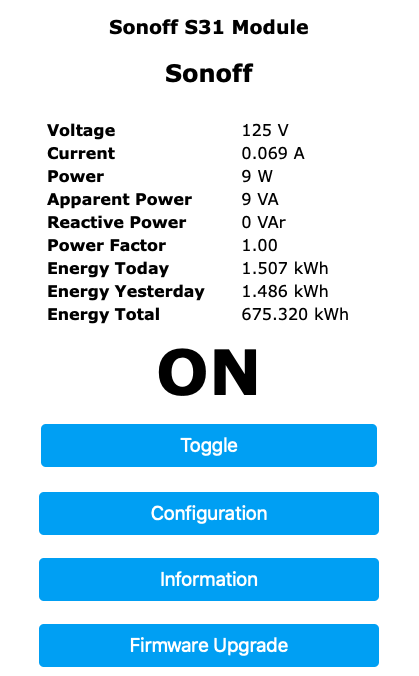 Once you see how many watts your device uses you can calculate how many watts it uses in a day, or a month.  Is your TV on from 8 AM until 9 PM?  I know a lot of people who do that.  Turn it on and just leave it on all day even when they are working in the other room.

What if you find out you are one of the lucky people whose cable box pulls 500 to 600 watts continuously?  I’d be on the phone to the cable people and asking them for a new cable box since theirs pulls more than a refrigerator daily.  By the way a refrigerator is roughly 10% of your power bill each month.

One of my co-workers told me his family members have a tendency to turn the bathroom fans on and leave them on for 8, 12, or 15 hours at a shot.  Nothing says “Pull some kilowatts” like an electric motorized fan.

Anyway I’ll add to this later.  I’m out in the woods just scrawling down my thoughts.  But I’ll leave you with this thought.

Reddy Kilowatt hates Communists and Socialists.  Do you?