This project was/is a tiny bit of a mess. But I’m still going to declare it a success but it was fraught with issues.  Issue number one is political.  For some reason the US is not a major supplier, and barely a supplier at all, of high tech Lithium batteries.  They all just about come from China.

I read on a website recently where someone stated that the Chinese had perfected the art form of lying.  That’s a stone cold fact.  Dealing with Chinese companies, manufacturers and shippers and you can expect to wallow in the bullshit at least once.   Enough of that.

So if you want LiFePO4 cells you have to go to China.  I got mine from Alibaba.  They are 3.2v, 200 amp hour batteries.  I bought 4 cells which would equal 12 volts when wired in series.  Total cost with busbars (to connect the cells together) was about $505.  In comparison to buy an off the shelf 12v, 200 amp hour LiFePO4 battery from a supplier would cost nearly $2000.

You also need a Battery Management System.  This cost about $90.

I waited for about a couple of months before I got my batteries. This of course is in the midst of the Coronavirus pandemic.  So I wasn’t really disappointed in the shipping time.  What I did mind was that when I received the batteries they were literally packed in a cardboard box with no cushioning and the box was bigger than the batteries inside.  They came somewhat dented up but still safe to use.  So right away I’ve spent $500 and I get dented up stuff.  If you know me I can’t stand scratches and dents on my new stuff. 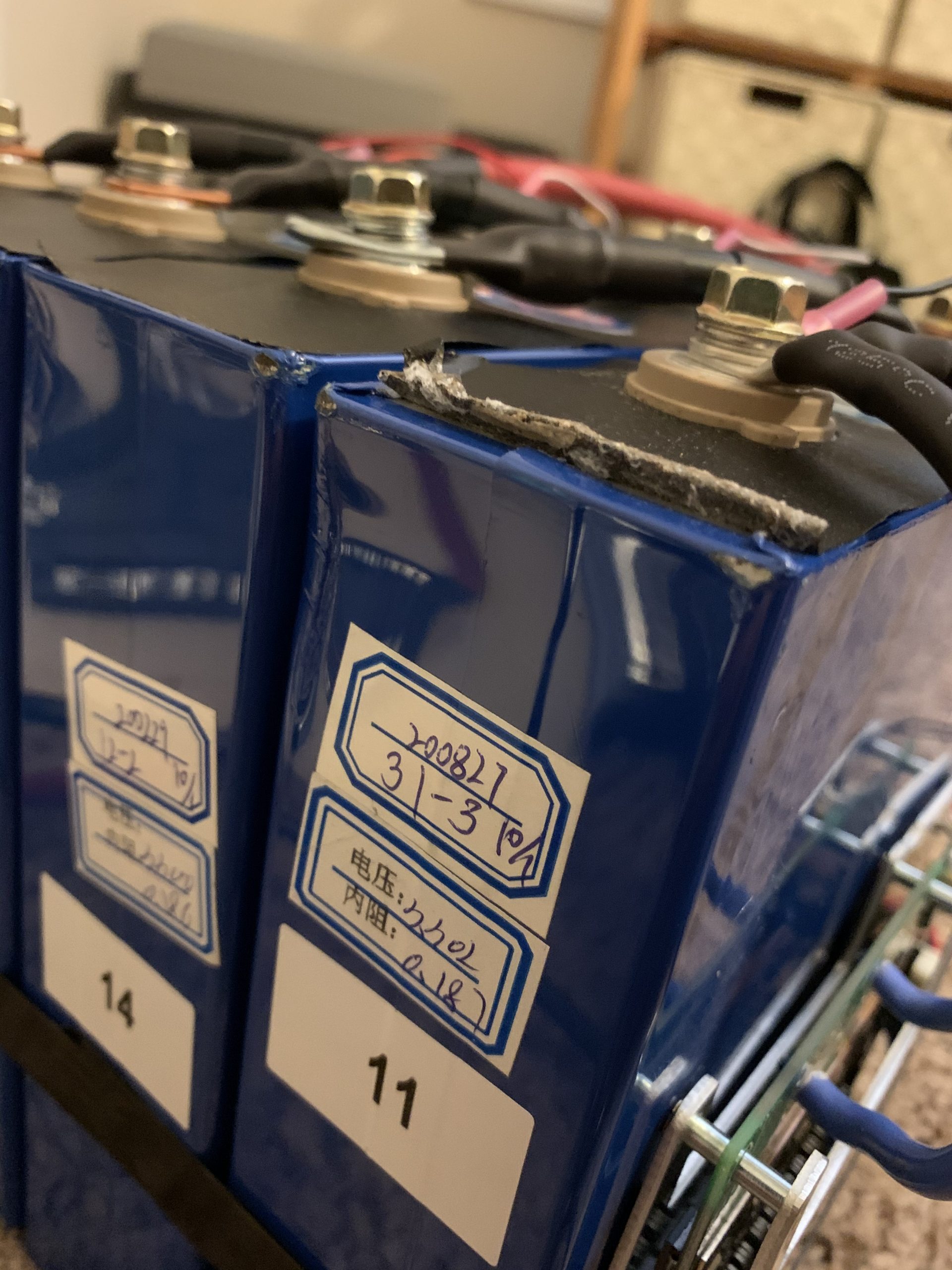 Secondly there is NO WAY these are new batteries.  No way at all.  You can tell they had been assembled in packs and the screw in terminals has one battery that you can barely get the threads to engage and hold on.  I’m going to have to do a helical coil repair on it soon.  It won’t tolerate one or two more cycles.  Also the black vinyl coating is peeling up on all corners.  NOT BRAND NEW.  So these people are full of shit.  And they forgot to ship the busbars but they did refund the $6 that they cost.

So while they are NOT brand new batteries and they don’t seem to “fully” charge to 14.4 volts which is just a surface charge anyway they perform EXACTLY THE SAME AS MY TWO BATTLEBORN BATTERIES WHICH COST $2000.  On any given morning I wake up and my Battleborn batteries have 82% charge remaining.

On my Chinese cells the last 2 morning I woke up with 91% of charge.  And before you say they are performing better I wasn’t running my Alpicool Mini Fridge off of the Chinese batteries.  Once you factor that draw in you realize the performance is about the same.

So am I pissed that I didn’t get brand new cells that charge “fully”?  Yes.  I’m pissed.  However I STILL GOT A BARGAIN.  The batteries cost a fraction of the Battleborn’s and they perform the same.  Also I’m putting this rig in the camper and the way I use solar in the camper I WILL NEVER get close to battery depletion anyway.

So beware the Fucking Chinese.

Now to the build.  I put 3M double sided tape between the batteries which holds amazingly well.  Also since I didn’t get busbars I made my own from 4 gauge cable and copper connectors. They turned out nicely. 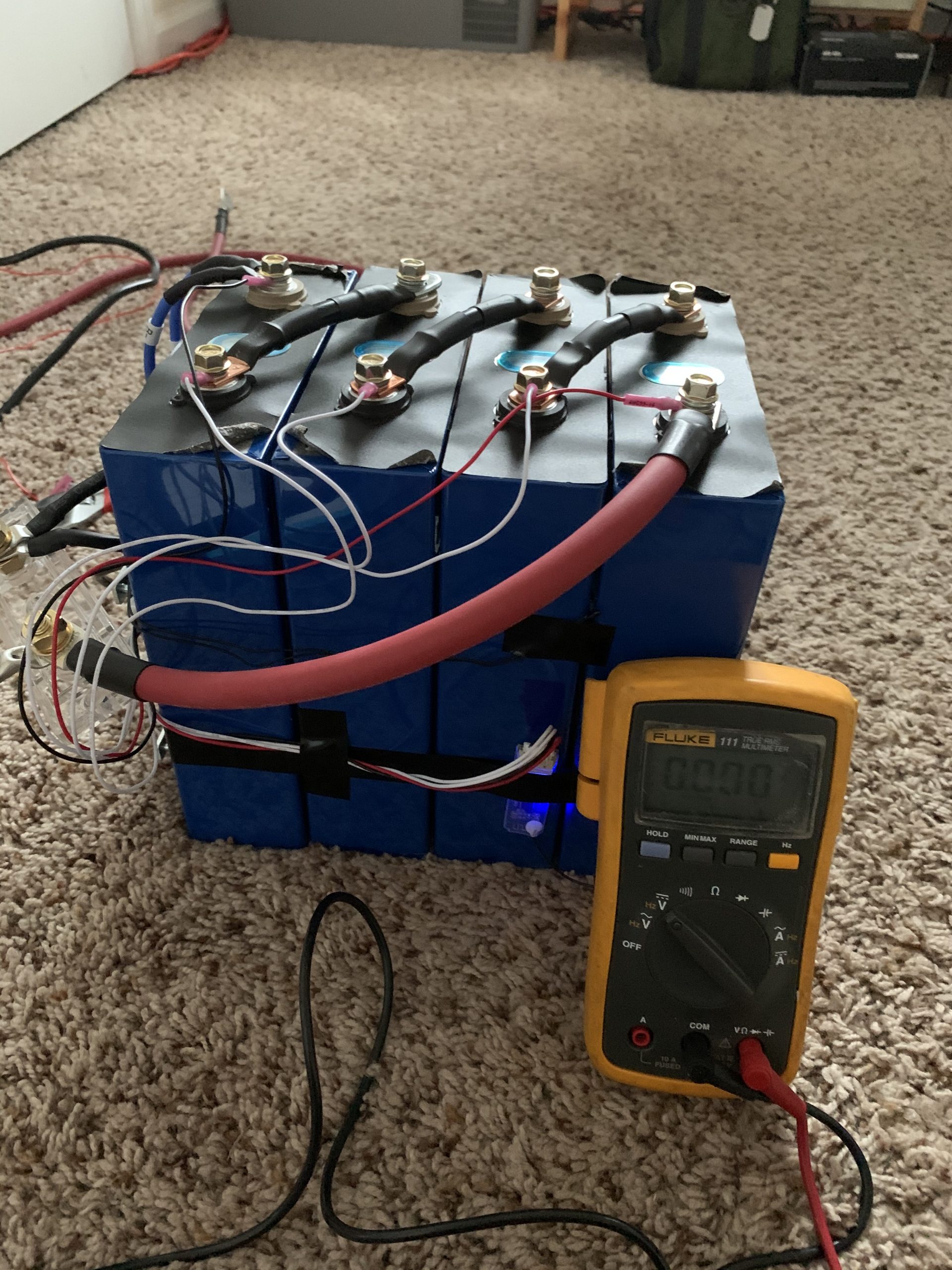 Hooking the battery management system (BMS) up was easy. 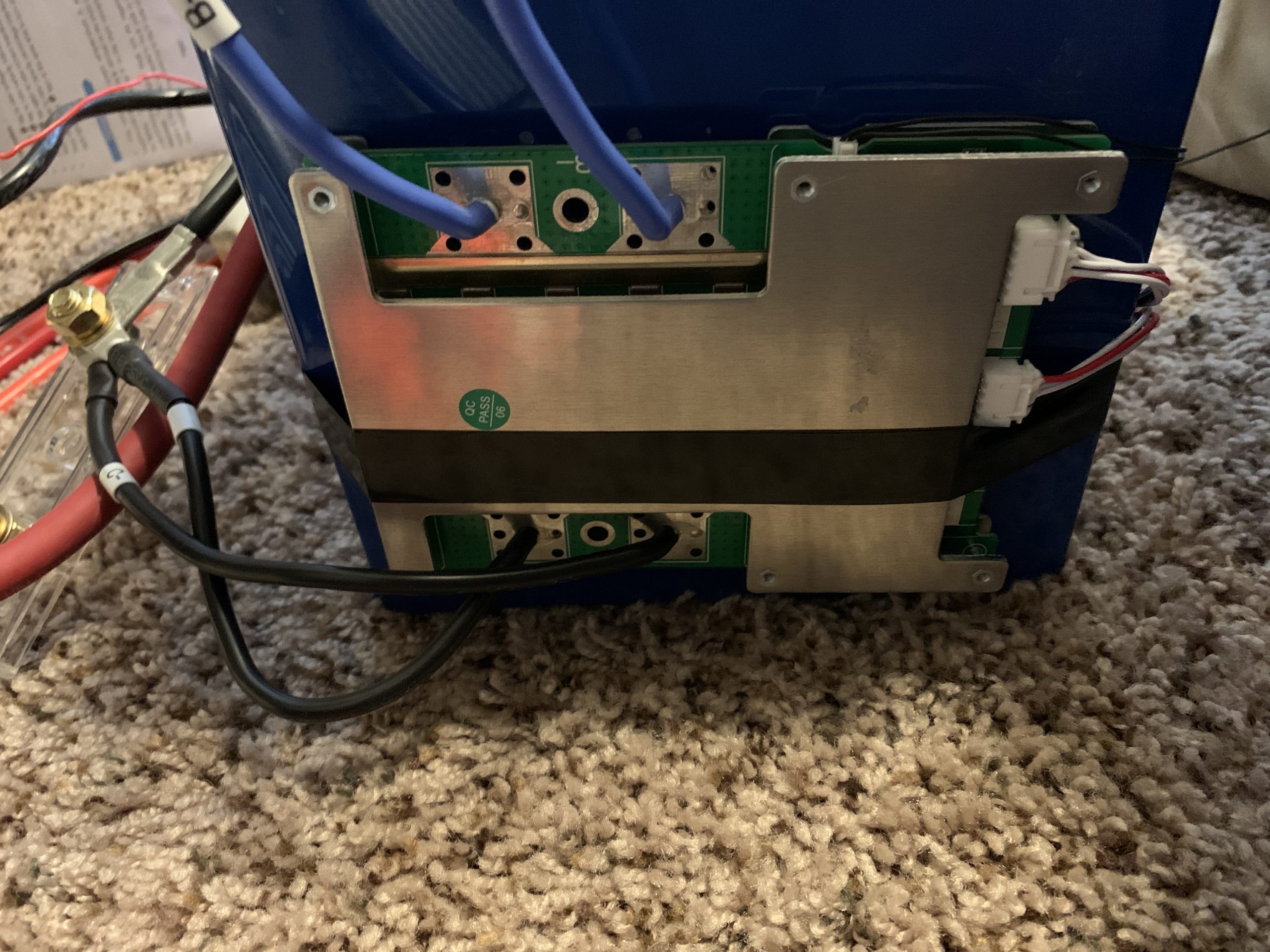 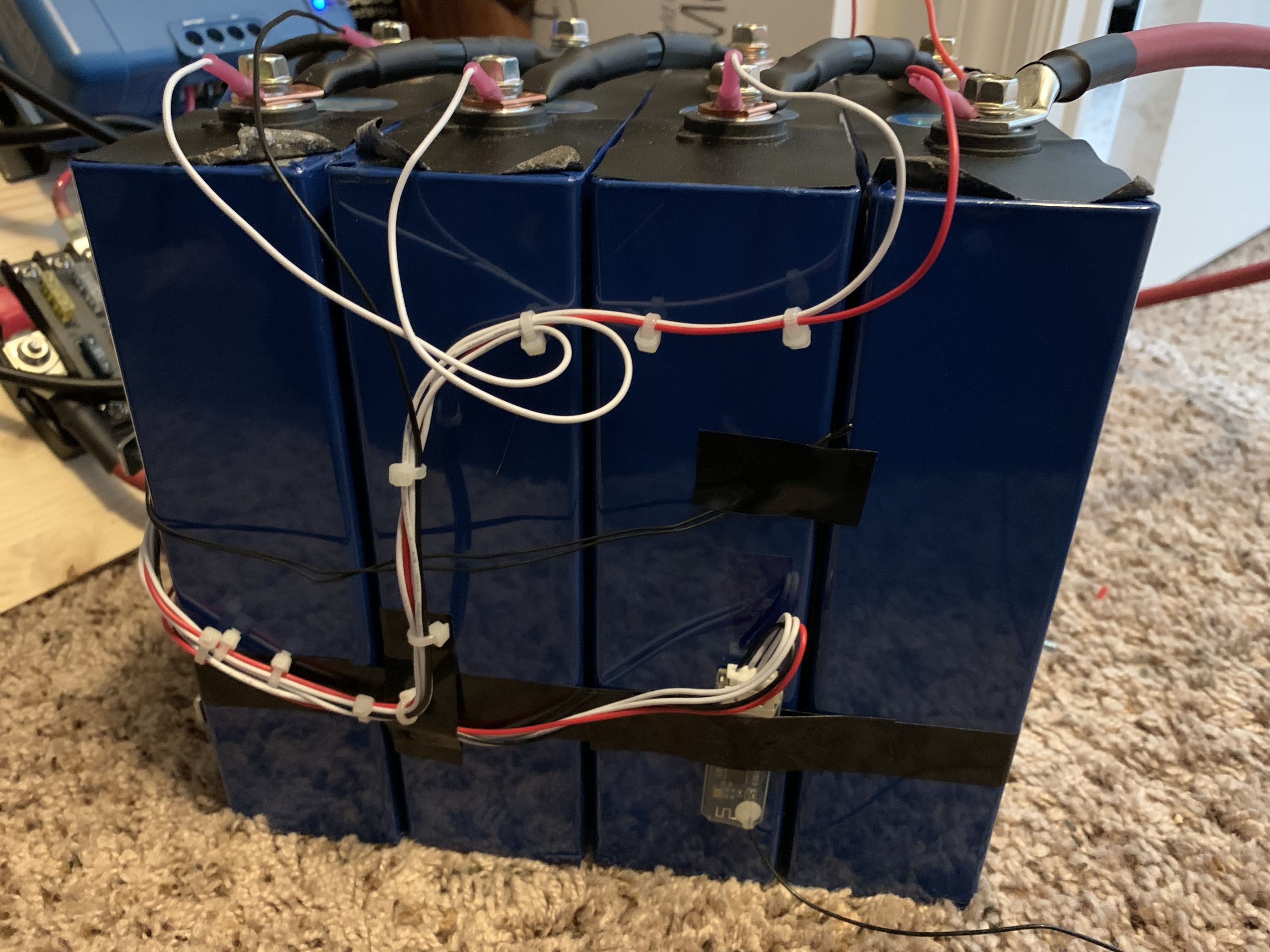 BMS with Bluetooth and Temp Probe

A little wire management goes a long way.  Get some zip ties and MAKE IT NEAT.

Plug in the bluetooth, tape the temperature probe somewhere to the battery and then plug the BMS connector into the BMS board.

To connect to the BMS you need Android and a program you can get from Will Prowse’s video.  Check the links below his video here.  Also his video shows the build in great detail.   Better than this web page.  Watch it and learn.

Here’s a peek at the BMS software: 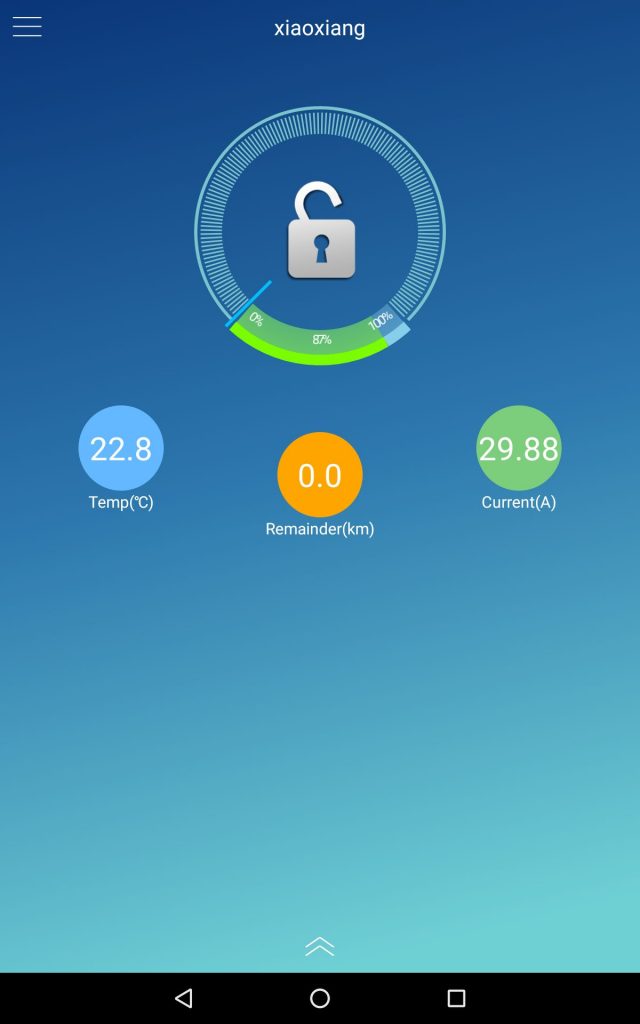 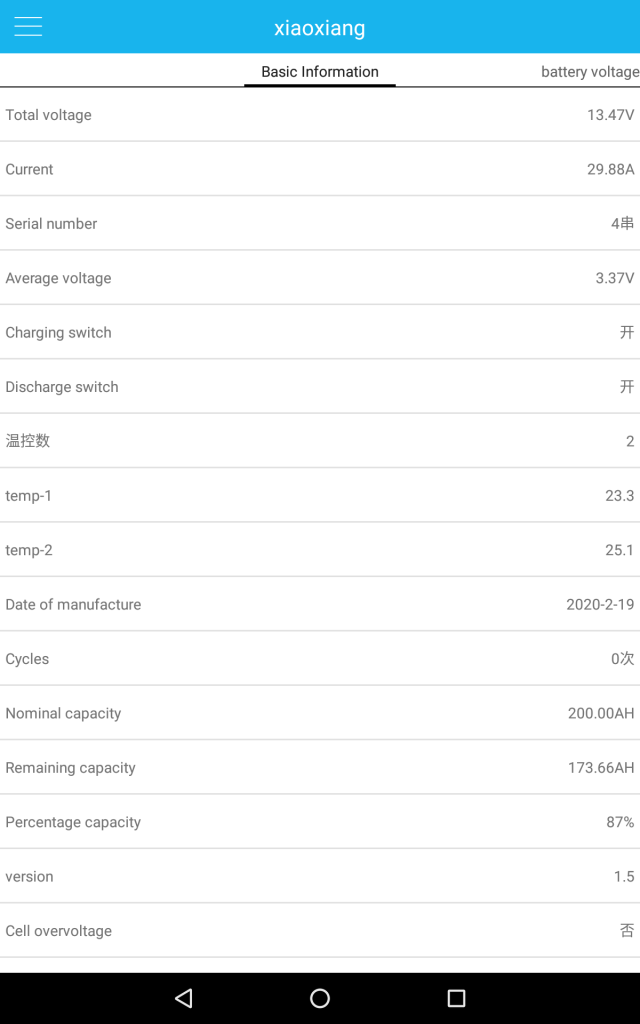 What a great project although it would have been far greater to have brand new Class A battery cells. 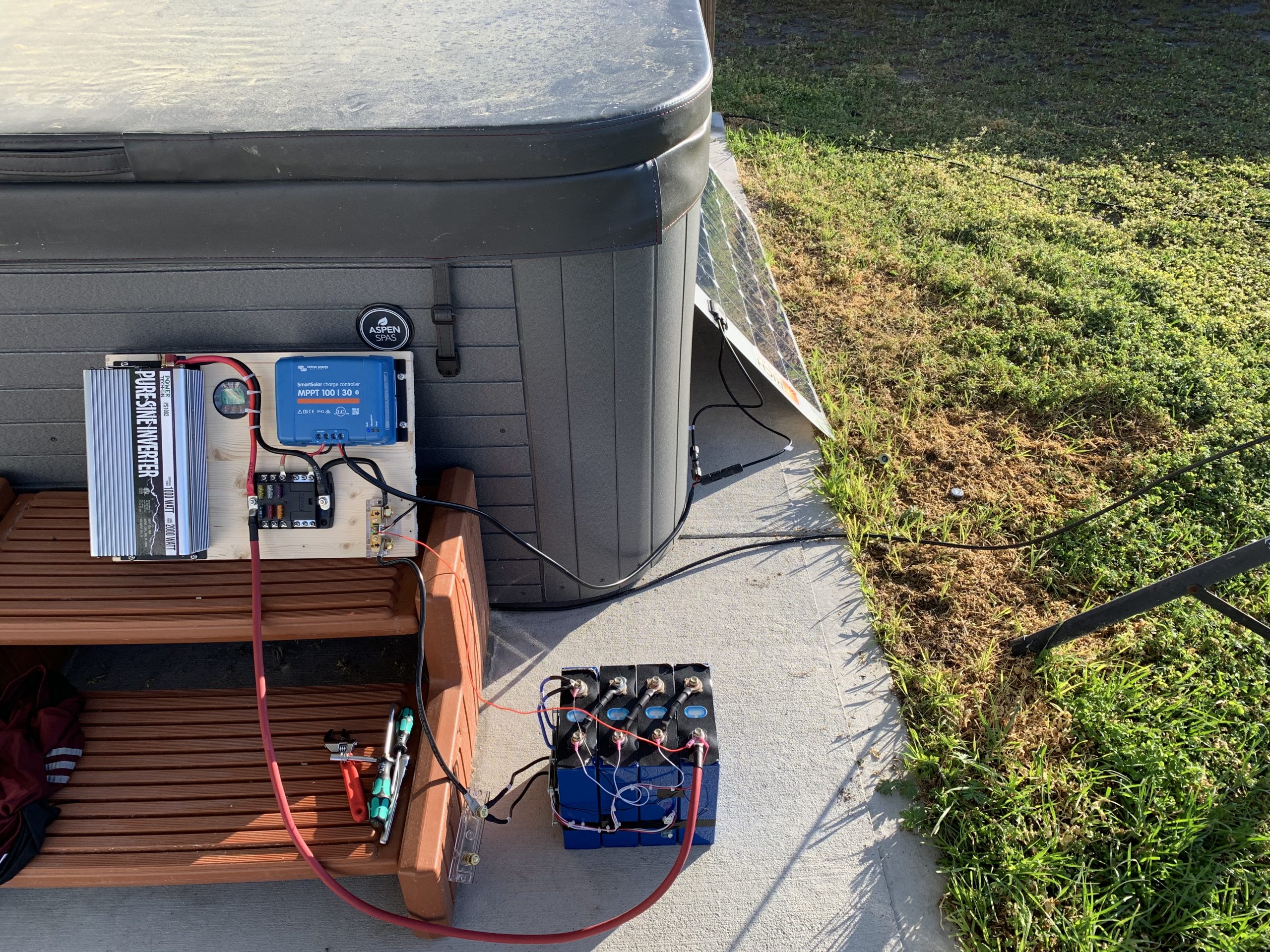 My mini system with DIY battery

I also got around to putting the battery into a Group 31 battery box. I placed terminals on the top and added this battery disconnect switch on the side. Now it is portable and has a way to isolate the battery from the system for when you are working on something. 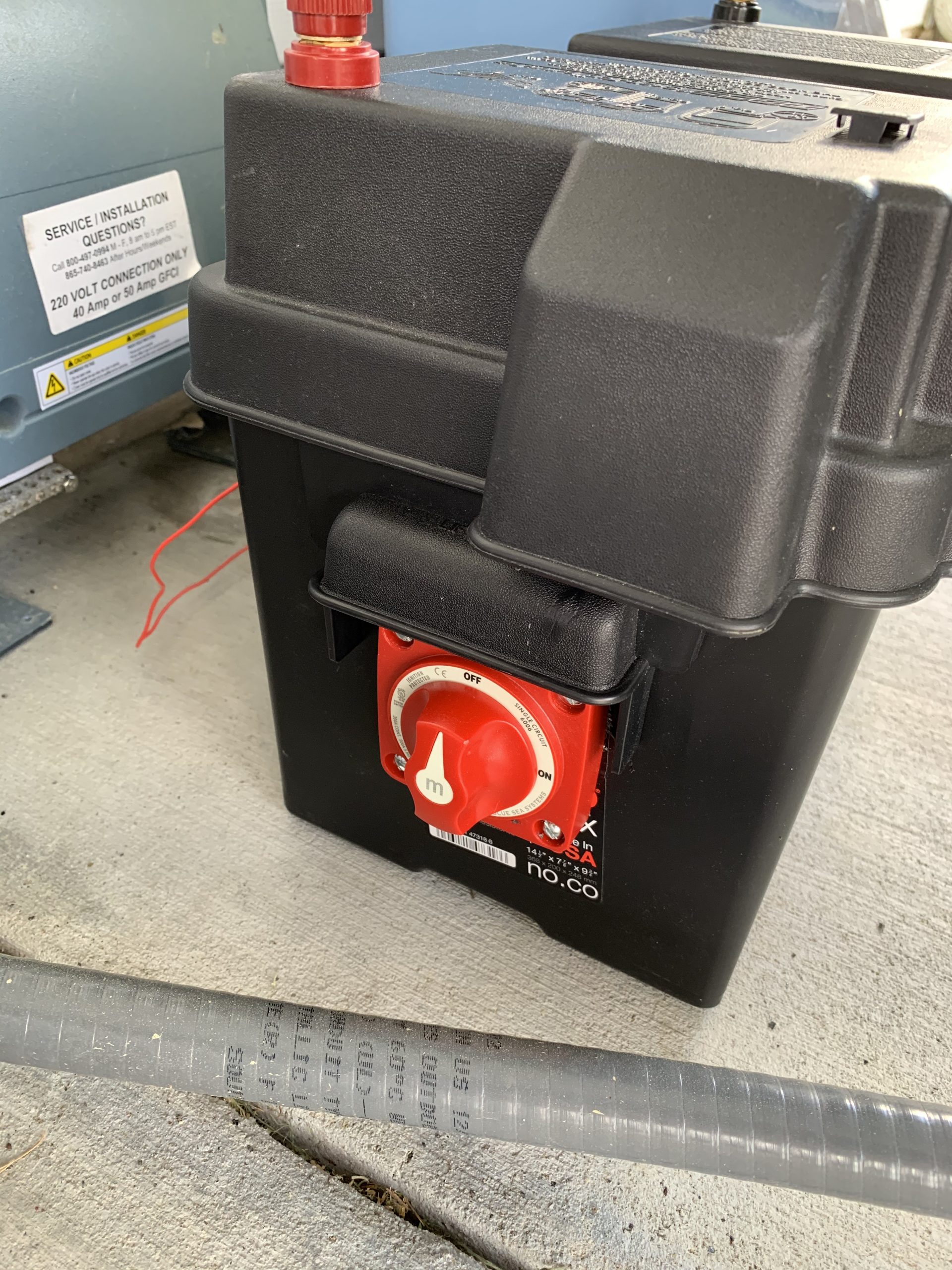 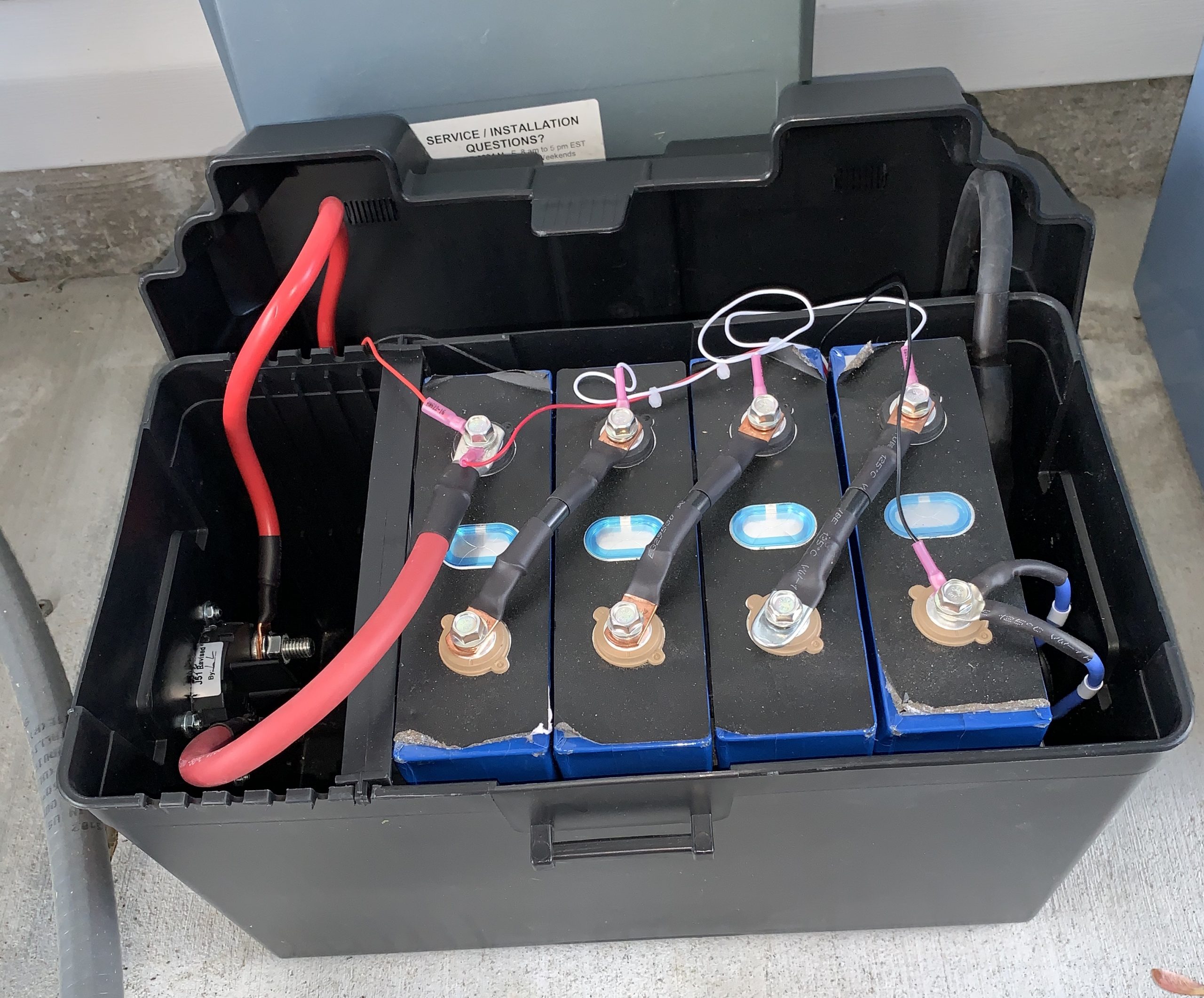 Still I feel like I got my monies worth.  You can buy cells from US dealers but they get them from China and mark up the prices big time.  If you have the patience you should order from China but if I ever do it again I know this about China.  EVERYTHING IS NEGOTIABLE.  If you tell them upfront you will only tolerate brand new cells, that’s what you’ll get otherwise they’ll treat you like shit and pawn their crap off on you for top dollar.  That my friends is the Chinese way.  I once had a Chinese gf who owned a bar.  If you ordered anything out of a bottle you can better believe it was watered down or the top shelf bottles were refilled with bottom shelf stuff.  It’s just their way.