One of my neighbors sat out a washing machine that looked pretty doggone viable for the Friday “Big Trash” city pickup.   I got a hold of him and asked what was wrong with it and if he minded if I took it.   Before I get into this story I did tell him that if it was a simple fix I’d give it back to him and after I fixed it I did indeed offer it back to him.  He declined, and stated he had already replaced it and of course he had set it out to dispose of.

I just don’t want anyone to think I would take advantage of a neighbor.

Anyway it was a General Electric WDSR2080D5WW.  The serial number indicates that it was made in September of 2005. 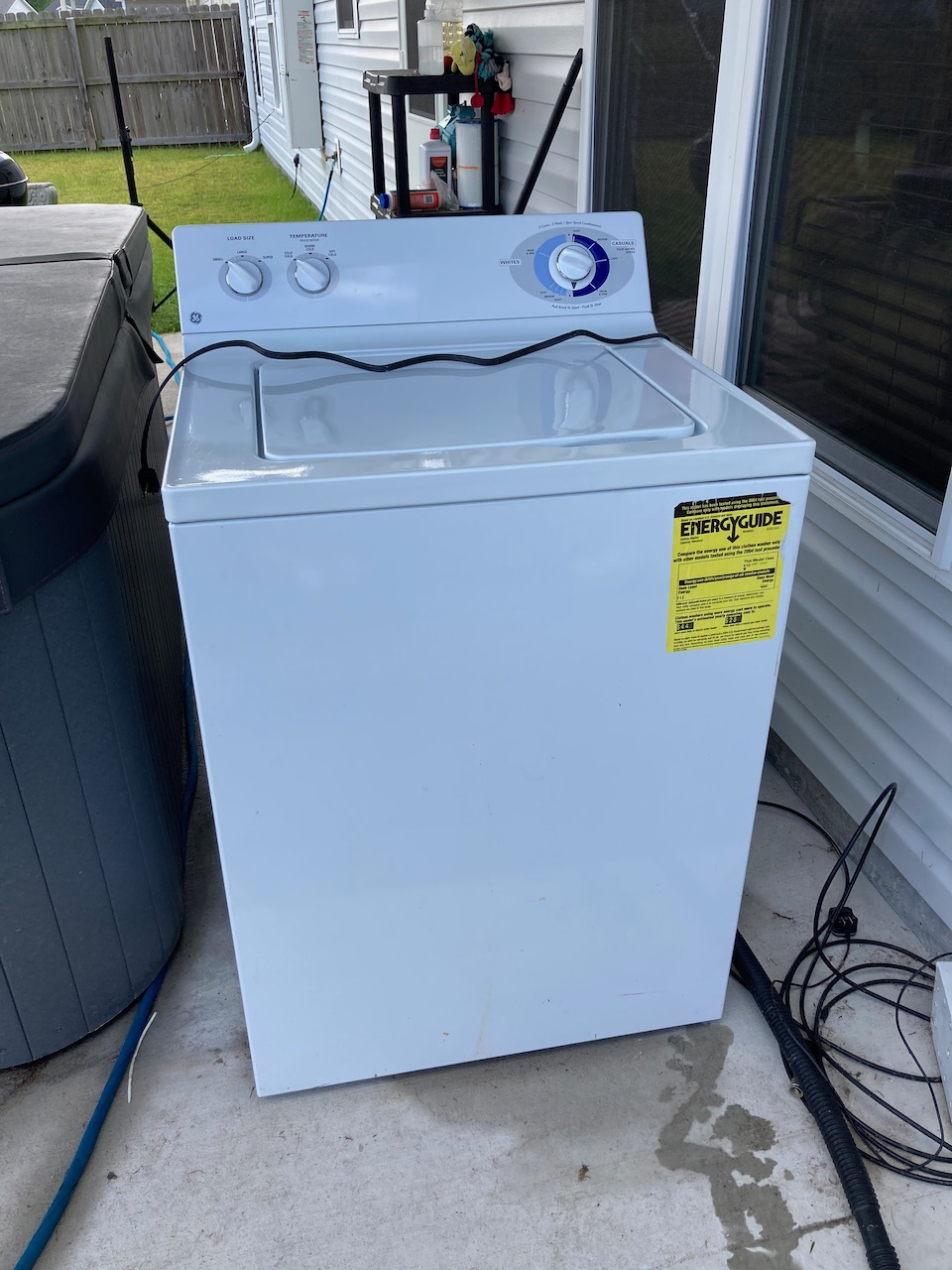 So, the symptoms were this:

My first thought was “Uh Oh” and after some mucking around I kind of figured the transmission was shot because the motor wouldn’t move.   The transmission and brake assembly is a $100 part which made this not economical to repair.    I tested the start capacitor and it tested within 5% of specs so that wasn’t it.  Then I did some reading and found that a pressure switch tube that was clogged would prevent agitation. 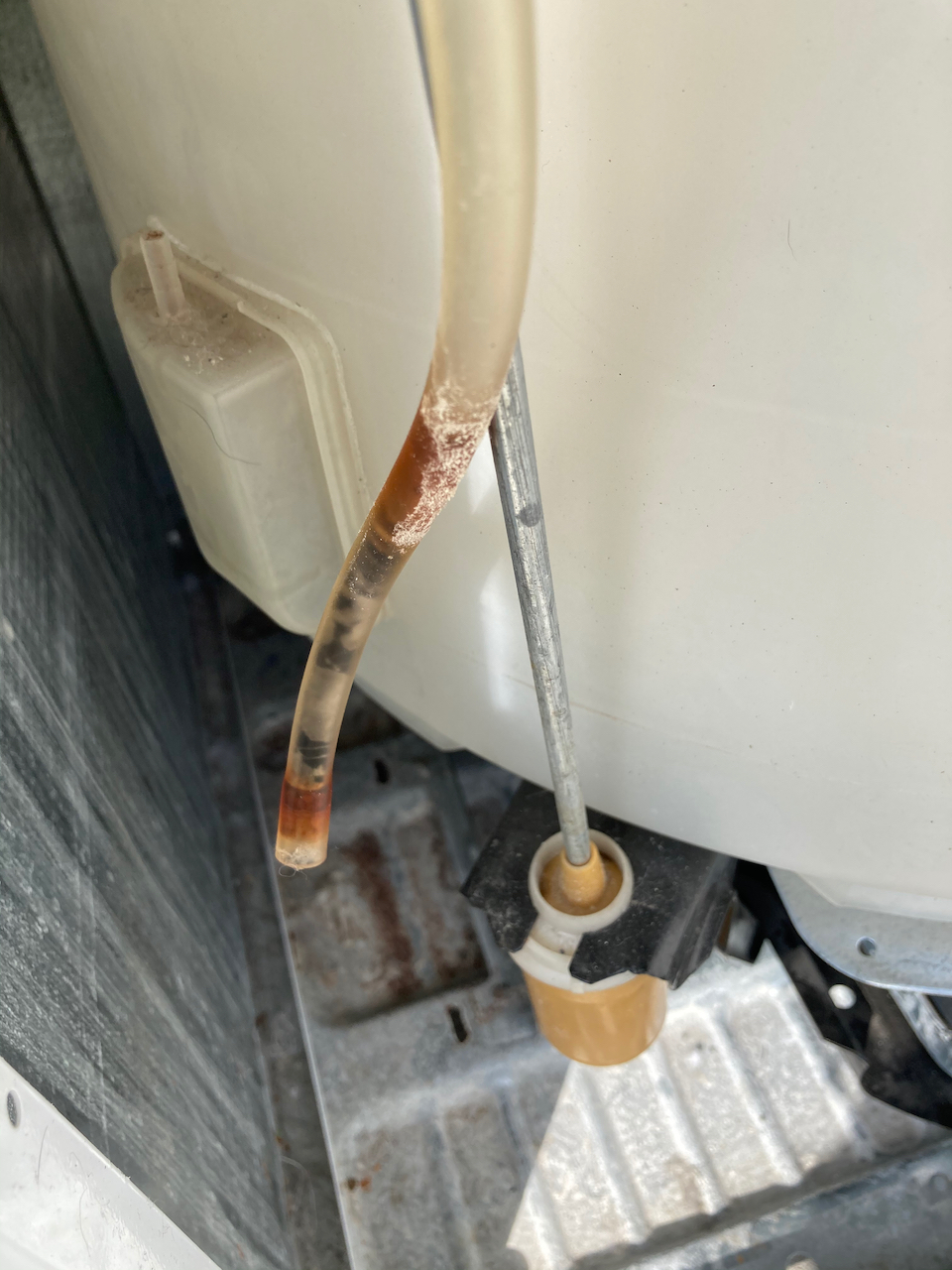 Yep.  That’s sure enough clogged.  So I clean it with pipe cleaners and turn the washer on and gently blow into the line.  I hear the click of the pressure switch which in turn tells the motor, “It’s okay to agitate now pal”.  Sure enough the washer begins to agitate.

Whoa!  Like that Disney chick says, “It’s a whole new world”.  The motor works, the transmission is NOT seized and now I just have to find out why it won’t spin.  The belt is tight and not slipping but it only clicks and moves a half inch or so. The tub SHOULD spin freely but it doesn’t,  so I try a few things and then I finally flip open the lid and grab two handfuls of tub and turn clockwise as hard as I can.  Sure enough it loosens up.  I’m not sure what was going on in the hub area but maybe hair or gunk or something like that.

After the mighty twist it begins working normally.

So here is the take away.  I got a washer, that looks new, for free that cost nothing to repair.  Just an hour or so of my time.

My daughter just moved into an apartment to go to college a few hours away.  I bought her a brand new washer and dryer but because of COVID stuff and delivery delays she can’t get it for a couple months.  I’m going to take this to her, which lets me see my daughter again……..and this gives her the ability to wash but not dry until her new stuff shows up.  At that point she can probably sell this for $100 easy.  Win. Win.