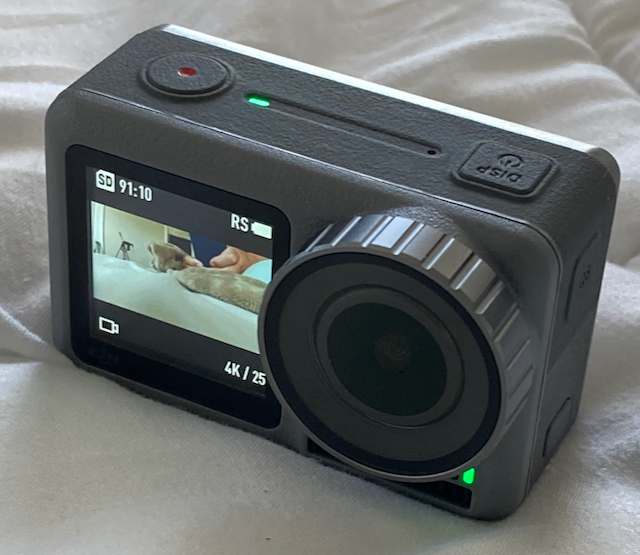 Just was in the big city and picked up a DJI Osmo Action camera at BestBuy.  Even though they have been released for a while there seems to be a lag time between ordering and receiving at least on most of the sites I’ve seen.  This may be because there was a large price drop recently which is probably an indicator that a newer camera is coming out soon or this camera is End Of Life.

Ok lets take a bike ride in low light and play around with the video some, shall we?  And let’s compare it agains the GoPro Hero 8 Black and then I’ll tell you what I think.

Disclaimer:  The weather conditions were far superior on the day I took the bike ride with the Hero 8 Black.  The viewer should focus on things like Image Stabilization, how readable signs are, etc.  Clearly it is hard to compare one on one in awful overcast lighting conditions compared to a nice sunny Carolina day.

Here’s a video shot in 4K, 25 frames per second, with Rock Steady enabled,  in EXCELLENT lighting conditions.  The quality is superb!  Crazy good!

So right away, this is FOR SURE a camera that shines in optimum lighting conditions.   Let me emphasize that I basically just described EVERY camera in the world 😃.

I should also say that when I got to the pool I had the Osmo Action on one of those GoPro mounts that float and I literally just flung it into the pool which is salt water.

It bobbed there for 5 mins or so while I got dressed.  It clearly is water proof/resistant and there was no real evidence of water spots on the lens.  Again the quality was impeccable.

“When you turn It on then start recording it sounds like the Trailer Park Philharmonic.”

So here’s a list of things I’ve noted since I have used the thing.

Speaking of the microphone I did notice the Wind Suppression was enabled so the wind sounds are picked up regularly on a bike ride.  The good news is that a 3rd party case and adapter allows you to hook up an external microphone.  You need: 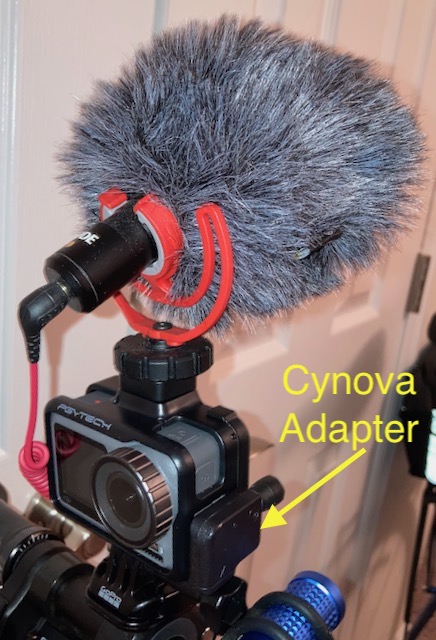 Yeah, I know this looks a bit ridiculous on the bike and is better suited to video chat or VLogging. But I want to test the external microphone during a bike ride.

Is it a GoPro killer?  I dunno.  The Hero 8 Black is tough to beat.  But if you just owned the DJI Osmo Action you wouldn’t know that you missed any other cameras.  This device is a winner and the company seems very active in maintaining and updating the firmware which gives me great confidence.   I hate the app though.   I don’t really think I need an app for ANY CAMERA.  Just give me the cam and I’ll get the footage off the SD card.  I damn sure don’t need an app that MAKES ME ACTIVATE THE CAMERA.  That’s wrong. 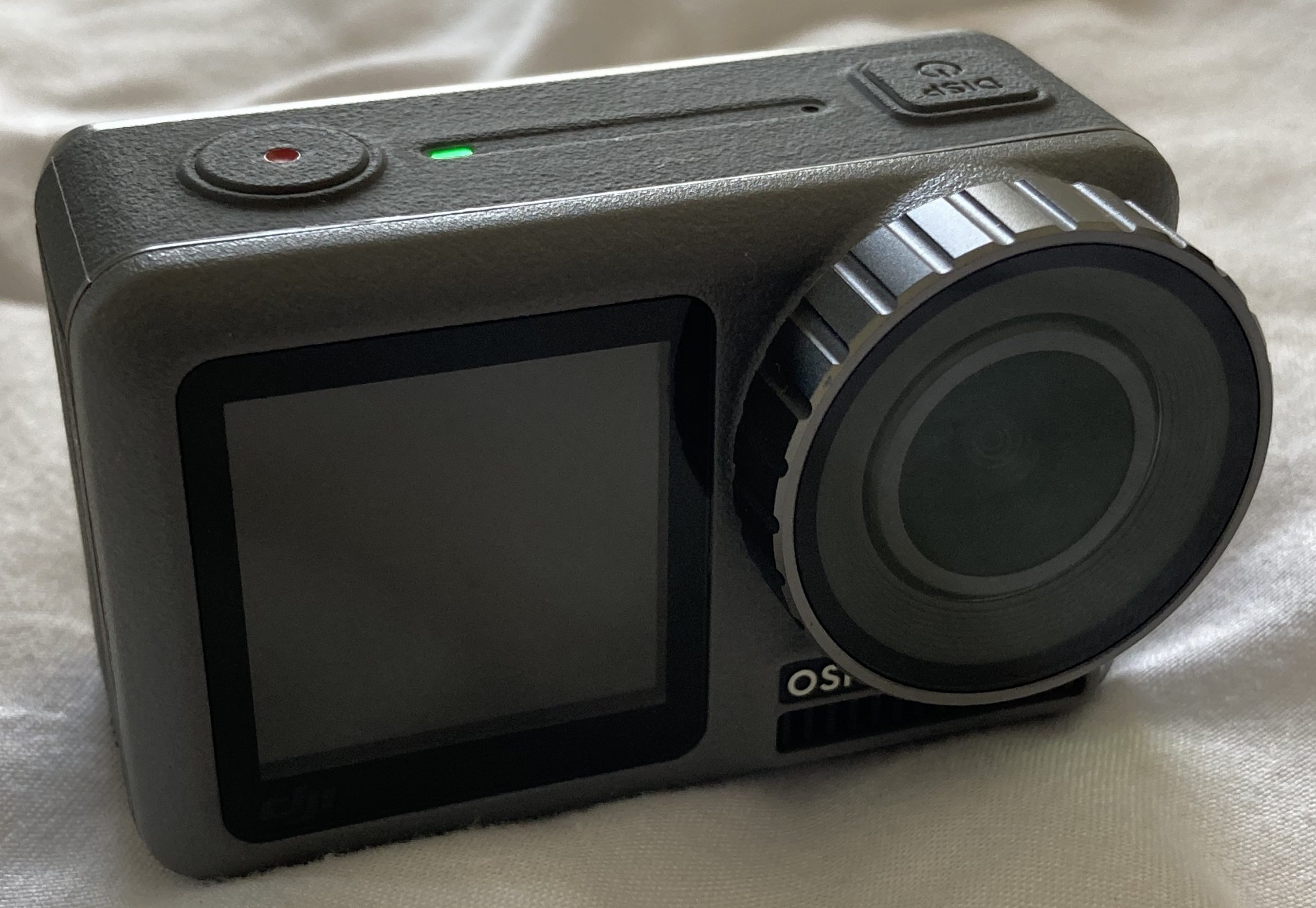 So………lets say GoPro and DJI both release a new camera in Oct/Sep………..I MIGHT, just might lean towards the DJI.  Both DJI and GoPro are great action cams though. Technically the video and sound quality of the GoPro might be a tad better at the moment though.

If you are shooting video to obtain the best quality that could be a dealbreaker for some. I’m lucky I can have both.