I blogged about this laptop previously but since then things have gotten better.  When I first bought it, it was $499 however Walmart lowered the price to $449 but wouldn’t give me a price adjustment so I returned it and bought a new one.

Since that time the price has been reduced further to $399.  Let me tell you why that is such a great deal.  Not many laptops are upgradeable these days but this laptop has an accessible NVME M.2 drive (that you would need to clone, or do a fresh install, if you upgrade the drive).  It comes with a 256 GB drive however I have a 1TB drive laying around here that I may slap in mine.  I just need to figure out how to clone it first.  I might have to buy an NVME enclosure as the laptop has no PCIe slot to plug an adapter into.

In addition to that there is an unpopulated SATA drive bay where you can add an additional hard drive.  There are 8GB of RAM, 4 of which is built into the main board and a 4GB (PC4-3200) stick in the DDR4 slot.  You could change that out to a 16GB stick for a total of 20GB.  Lastly you could change the wifi chip if you wanted to. 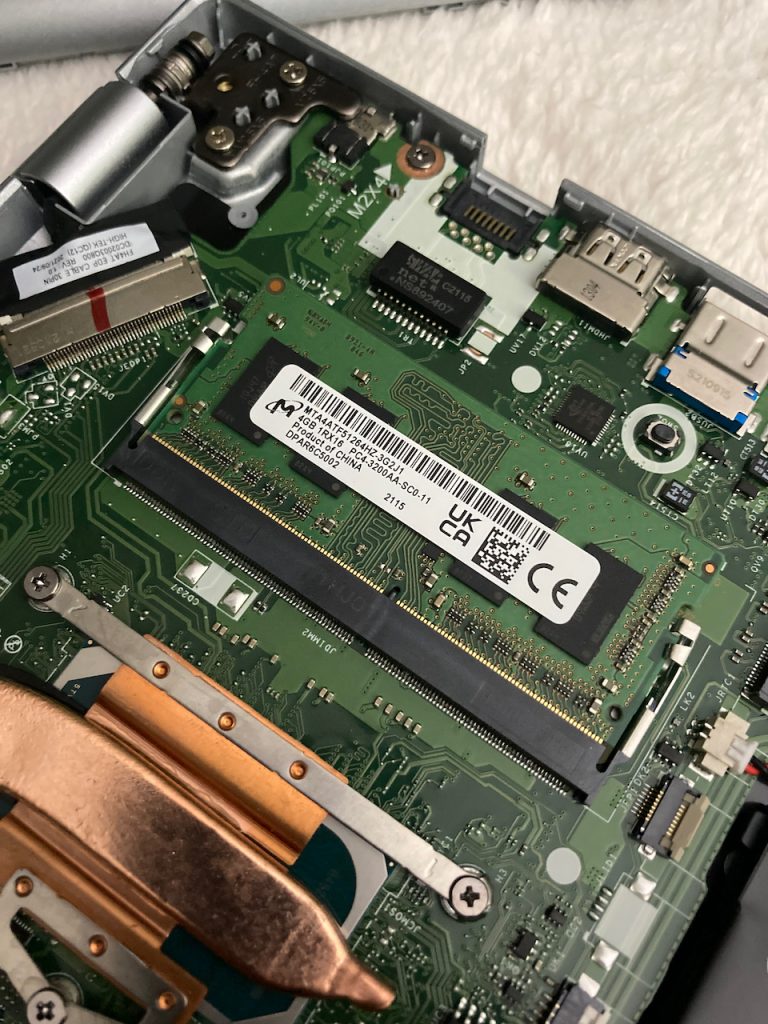 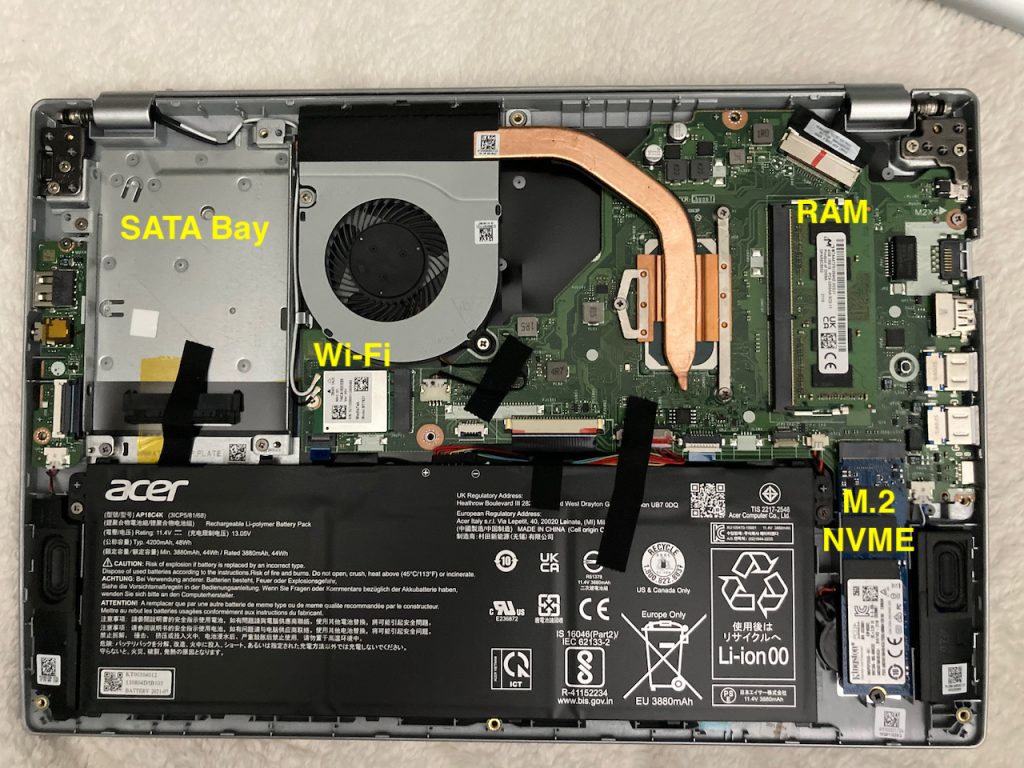 Because this is the A514-54-501Z in which I think the 501Z is the Walmart model of the A514-54, the configuration is a bit different.  I think the A514-54 comes with 8GB of RAM on the board and the DDR4 slot unpopulated.  I’m not 100% sure about that though.  There are so many variants of laptops and manufacturers will let you build and configure your own.

In this day and age there are so many laptops where everything is soldered to the motherboard and not much can be upgraded.  This is pretty refreshing.

Furthermore, this laptop has an ethernet jack which is fairly unusual in the world of budget laptops.

At $399 this is really a bargain.  I suppose if you factor in the total cost of grabbing a stick of RAM and an NVME drive that probably puts you near the $550 to $600 range which means you can buy a little more laptop for your money.  But, will that laptop be upgradeable?  Will it have an ethernet jack?  Magic 8 ball says “Doubtful”.  Or maybe you can find one.  And this has an 11th Gen Intel Core i5-1135G7 chip in it.  Most laptops in the budget range have lesser chips.

NOTE 2:  Walmart also sells Gateway computers with the same i5 chip, 8GB of RAM, and 256GB of storage for $399.  Acer has been the owner of the Gateway name since 2007.  Acer claims to NOT make the Gateway computer which is kind of like McDonald’s denying they make Big Macs.  The manufacture seems to subcontracted out to EVOO which has a long, distinguished reputation for producing garbage.  Also I don’t know if the Gateway is upgradeable at all.

Another thing to think about is that you can go to your local Walmart and get the Acer Aspire, and take it back if need be.  That laptop I referenced in the paragraph above comes directly from Dell.com, although maybe someone retails it.  I’m not sure it is at that price though.

I really don’t NEED to upgrade components but I do have a spare 1TB NVME drive laying around and a stick of RAM doesn’t cost much……..so why not?  The only program I really run on Windows is Vectric VCarve Desktop, which is software for my CNC machine.  I love Mac and Linux but Vectric is the best CNC software out there and it is Windows only.  Hence the need for me to own a cheap Windows laptop.

Lastly, let’s talk about Acer Service and warranty.  I already broke mine THROUGH NO FAULT OF THE QUALITY OF THE LAPTOP AT ALL.

I had this laptop in my wood shop and for some reason that defies common sense I tried to vacuum the saw dust off the keyboard with a Shop Vac that has suction equal to that of a gold digger. I sucked several keys off of the board.  One had a broken retaining clip and I couldn’t find a replacement for it online. (The dreaded 501Z Walmart variant, I guess).  I sent the laptop back to Acer and they put a whole new top deck and keyboard on it.  From the time I sent it in until I got it back was about a week.   So by my estimation, warranty service is pretty great.  I suppose they could have said “Our Warranty doesn’t cover you being a putz”, but they didn’t.

Is this the best laptop going?  No way.  It lacks a backlit keyboard and the whole thing feels very plastic-ey.  The screen is more than adequate but certainly you’ll find better screens with more colors on more expensive models.   Lastly I will add that I use this laptop near my CNC machine which is a dirty environment.  I’d sure rather muck up a $400 laptop than an $800 laptop.