RTL-SDR’s are COOL.  The list of things you can do with them is almost too long to list here.  But know that it ranges from “listening to the radio” to hardcore scientific atmospheric experiments, and everything in between.  Hackers can open your car door or garage door with them and private detectives can record the radio signals from your tire pressure monitors to prove you were somewhere you shouldn’t have been.  Remember the day when they used to have to sit for hours in a car and take your picture?  No more.

I recommend to anyone that will listen that they should have an RTL-SDR in their emergency kit.  When I went through Hurricane Florence in 2018 in New Bern NC all local communications went down INCLUDING the NOAA Weather Radio Station.  How’s that for a kick in the pants?  I watched TV anchors walk off the set due to flooding in their studios.  But the police and firemen and Linemen were still out there and I was listening as they restored power to my area.  Also having an RTL-SDR during a violent Hurricane KEPT ME ENTERTAINED and kept my mind off of things.  AM radio was my best way to stay informed but be warned that some of the SDR’s below need up converters (more hardware) to listen to AM radio or some geek skills to enable the device to listen to frequencies below 24 MHz.

Anyway…….how do you select what SDR you buy?  There are lots of them out there and I’ll hit some quick pros and cons on selecting them. If you go to Amazon and search, this is usually the first one that pops up.   The RTL-SDR Blog Version 3.

It may be one of the better general purpose receivers and is relatively low cost.  Let’s do some pros and cons.  There pros and cons are for FIRST TIME USERS AND BUYERS.  Not for old pros.

I should add that the pros and cons for many USB receivers similar to the V3 are going to be the same. Nooelec makes a line of receivers called NESDR that work essentially the same way with roughly the same coverage.  And again, all the instructions for driver installation and setup will be online.

Now lets bump up the game a little and alleviate some of the Cons. 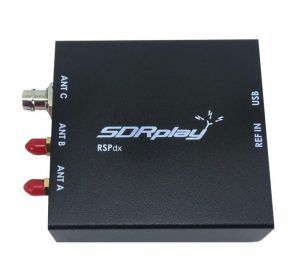 SDRPlay has several offerings which solve some of the cons from above.  But as you might have guessed you are taking a bump up in price.

But you are getting a way more capable receiver.

That being said, if all you are ever going to do is to listen to FM radio ……….this is money poorly spent. If you want to push RTL-SDR to it’s limits…….this is the route you want to go. 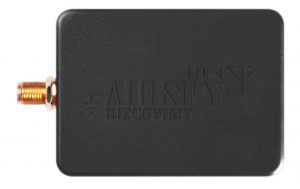 I like Airspy for a couple of reasons.  Whereas SDRPlay stuff plays nicest with its own software, the Airspy stuff works with all the great free SDR software that is out there on Windows, Mac, and Linux.

To get the full range you need to buy their Upconverter, the Spyverter.  My greatest SDR pro tip hardware buying guide is this:

Buy an Airspy HF+ for Long, Medium (AM), and Short Wave reception. The HF + also covers FM radio, NOAA radio and Air Band and some analog Police/Fire/EMS stuff.   And then use a V3 or Nooelec NESDR for UHF stuff.

So, I’ve really only covered 4 manufacturers.  There are SOOOOO many more out there but for people just getting started with software defined radios these are going to be the names that pop up the most, and that have the best documentation for getting started.

Wanna do something cool and scientific and family oriented with your kids to keep them out of trouble?  Teach them to track aircraft or ships at sea or download photos from a weather satellite.  Wanna win the class Science Fair?  Pick an SDR experiment.

My recommendations are as follows: